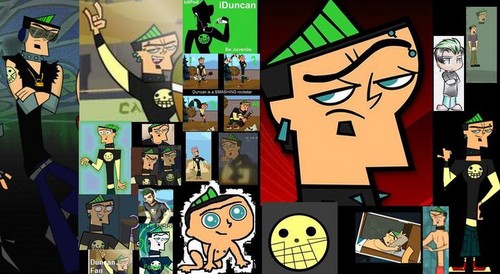 1
Duncan!
added by DxCFan01Baby
Source: Me for making it, and the people who made the art work.

5
Bring it Duncan
added by -Felicia- 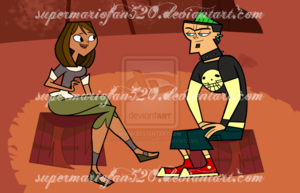 1
What an animal!!!
added by xoxawsomexox

duncan has pulled ALOT of pranks on Harold. heres all the ones that i can remember.

he fed him an underwhere sandwich.
he made his underwhere into s'mores.
he and the other guys put him out in front of the girls why he was naked.
he put hot sauce in his underwhere.
he made a cacahuète, arachide beurre smilie face on his bed.
he gave him a glass of cuisine grease and told him it was pomme juice.
he and geoff gave him a fishing pole wedgie.
he and the guys took all his clothes away and made him where a thong!
he and the guys took away all his clothes and made him where his dorky PJs.
and he apperently stroung his underwhere up a flag pole though it was never seen but harold a dit he did in the episode haut camp-ture
drew a mustache on his face and made him piss his pants!