1
Micheal.
posted by nickjonasfan001
The suivant morning, Sherlock woke early in order to meet Gregson and rapporter to him.
'Morning.'
'Morning, how toi feeling?'
'Not too bad, slept pretty well.'
Gregson took out a notepad.
'What toi got?'
'The dealer is called Micheal, don't have a visual yet he's suppose to be returning from Long Island tonight depending how his 'meeting' goes. How's Watson?'
'She's fine, told me to give toi this.'
He handed him a picture of Joseph.
'Thank toi Captain.'

After the meeting Sherlock headed back to the den, Olivia was coming down the stairs as he came in.
'Morning.'
'Morning.'
He followed her to the kitchen.
'You sleep alright? Those mattresses are so uncomfy.'
'I've slept in worse.'
She got glasses out of the cupboard.
'You want some water?'
'I'm fine.'
She turned the tap on and filled up her glass.
'I never got your name.'
'Sherlock.'
'Sherlock? That's unusual.'
'My parents hated me.' Olivia laughed. 'If toi think that's bad toi should here what they called my brother.'
'What?'
'Mycroft.'
'Seriously? Do all British people have weird names?'
Sherlock laughed.
'No, just my family. You're parents made sensible choices.'
'Yeah, I miss them sometimes.'
'Oh sorry, I didn't mean...'
'No it's fine, Oscar doesn't like to talk about it but it helps me.'
Sherlock went and took her hand.
'Well if toi ever need to talk, i'm a good listener.'
'Thanks.'
Sherlock looked down and noticed her hand entwining with his.
'Olivia...' She gave him a quick kiss. 'Olivia, we barley know each other and if Oscar...'
'Oscar doesn't have a say in my life.'
'But i bet Micheal does.' She backed away from him. 'Thought so.'
They heard the door open.
'Olivia.'
It was Oscar. Olivia looked at Sherlock before leaving the kitchen, he knew that look, he'd seen before. She was starting to fall for him.

Later that night, Micheal showed up.
'Oscar? How toi been man, I haven't seen toi in a while.'
'I'm good, I brought toi a new recruit.'
Micheal looked over at Sherlock, studying him.
'He don't look like an addict.'
Sherlock chuckled.
'That's what Olivia said.'
'And yet she let toi stay, I trust her judgement.' He shook Sherlock's hand. 'Any pal of Oscars is welcome here.'
'Thank you.'

After an heure ou two, Micheal took Olivia upstairs which left Sherlock and Oscar alone.
'Nice job bud, not bad for a cop.'
'I'm not a cop.'
He took out the picture of Joseph.
'Who's that?'
'My son.'
'You're a father now too? toi really know how to surprise a guy.'
He looked at the picture for another moment before putting back in his pocket. Then he heard a noise from upstairs.
'Are they...?'
'Yep.'
'And you're ok with that? She's your sister.'
'I have to be.'
He could tell Oscar was worried, He would be too in this situation.
'Oscar?'
'Hmm?'
'Olivia, she..kissed me.'
Oscar started at him.
'What?'
'I'm only telling toi so i can have a clear conscience. I feel disgusted with myself, I have Joan back accueil waiting for all this to be over and have kissed another women. It was never my intention but I think it might be too late.'
'How?'
Before he could answer Micheal came downstairs.
'You two alright?'
Oscar nodded.
'Yeah, we're cool.'
'Good. Oscar I'm heading to a meeting and i want toi with me, i don't trust that they won't try to pull a fast one on me.'
Oscar gave Sherlock one last warning look before leaving with Micheal, as they left Olivia appeared on the stairs.
'They're gone.' Sherlock went and sat on the couch. 'How can toi let Micheal..'
'It's not like i have a choice.'
'Everyone has a choice, it's your body.'
'He sells me, how much control do toi think i have?' She went back upstairs, Sherlock waited for a moment then went up after her.
'Olivia.'
'Go away.'
'I'm sorry, I didn't mean to upset you.' He sat suivant to her. 'I don't have a sister but if I was Oscar i would try my absolute hardest to make sure toi were sûr, sans danger and being here as Micheal's 'toy'...'
'I don't have anywhere else to go, so being his 'toy' is better then sleeping on the streets.' She pulled the duvet over her. 'At least he keeps me warm.'
Sherlock looked at her then went over to his own mattress, trying to get settled for the night. Olivia looked over at him, he didn't seem like a druggy but was use to living like one.
'Sherlock?'
'Hmm?'
'I'm sorry, for being rude just know. I know your just looking out for me on Oscar's behalf but there's nothing toi can do, this is how i live my life. It's the only way i know how.' She got up and went over to him. 'But having someone to talk to, makes it bearable.' She caress his cheek, he shuts his eyes in response. 'You're different from others I've seen, almost like toi don't belong but toi do.' He takes hold of her hand.
'Olivia...I...'
She pushes herself towards him and give him a tender kiss. He finds himself responding for a moment then pulls himself away.
'Olivia, I can't.'
'I told toi Oscar doesn't..'
'It's not Oscar.' He sat up. 'It's Micheal, what if he finds out?'
'He won't, he only comes here twice a month.'
'Twice a month? So how do his workers...'
'Can we not talk about him right now, please?'
He touched her face with his palm and she leaned in, closing her eyes.
'You scared, aren't you?'
She nodded, grabbing his hand with hers to keep it on her cheek. She leaned vers l'avant, vers l’avant to rest her forehead on his, He could see her shaking. The thought of actual l’amour was a myth to her, she'd never known what it felt like. He closed the gap between them, making quick contact with her lips in a slow, soft kiss.He pulled away.
'Stay with me tonight, nothing funny i promise.'
She layed down suivant to him as he covered them with the duvet. He pulled her closer to him and wrapped his arms around her. He knew this was the only way to get closer to Micheal, but he would have to betray Oscar and Joan to do it.
drewjoana likes this
joejonasfan001 ba da ba ba ba i'm loving it lol
nickjonasfan001 Lol! 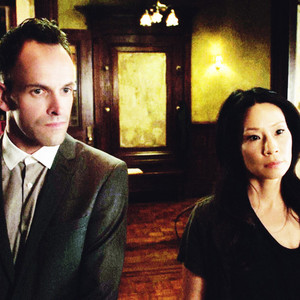 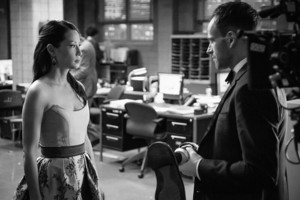 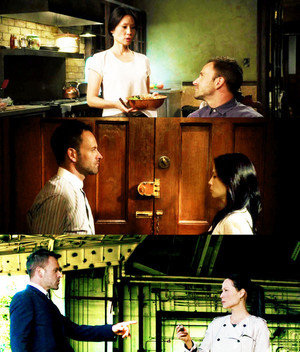 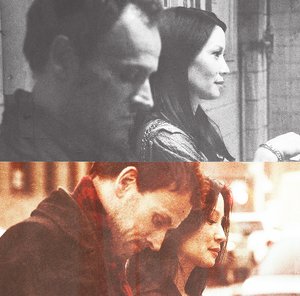 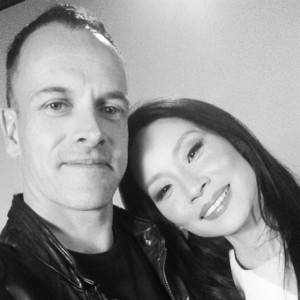 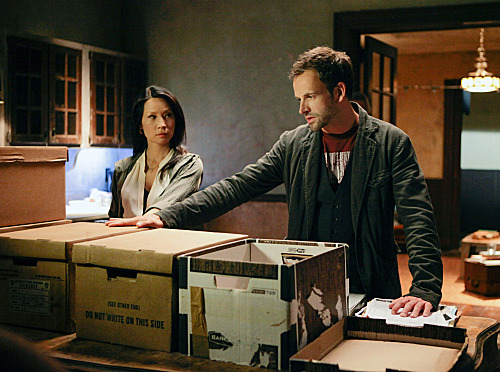 6
Sherlock & Joan
added by drewjoana
Source: CBS
1
The Alarm.
posted by nickjonasfan001
Sherlock saw at least 3 different exits from where he stood but all were to far to hatch an escape attempt that wouldn't involve a casuality. He knew what is was like to be shot but didn't want to experience it again. He checked his watch it was ten to eight, he needed to send a signal to Gregson but how? He looked round him for something that could help, he noticed a button the right hand side of the mur which could be the buildings old whistle to alert the men work was finished. But getting to it would prove to be a challenge.

'Which one of toi is lying?'
'Micheal we've been doing buisness...
continue reading... 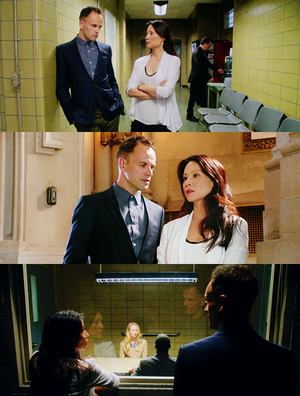 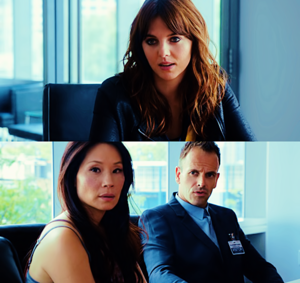 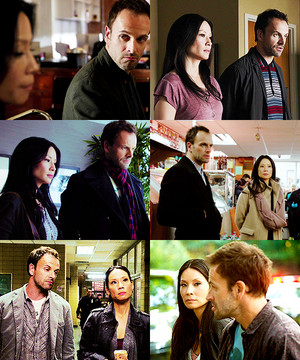 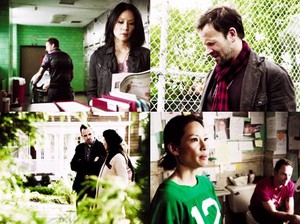