Carl Jung believed that there were primordial concepts inherent across all societies and all cultures. While there can be many variations, there was a single predominant image which defined the individual and par extension, society. Jung noted parallels of rituals and customs that seemingly arose independently in cultures such as Christian rituals of communion and its counterpart in pre-Columbian Aztec ceremonies. These prototypical images and ideas were developed when mankind was one society and later subsumed into the unconscious after years of migration and settlement during the evolution civilization. Though there were multiple changes, these prototypical images remained a key component in forming the universal truths of every civilization beginning with childhood . Jung called these: Archetypes.

Archetypes were patterns of behavior transcending geography, ethnicity, ou era that were universally understood and accepted. For instance, everyone had a concept of a “Father” and a “Mother.” Further, these Archetypes had a duality: positive aspects and negative ones; male and female; destruction and creation. For instance, the Father image found in childhood and immortalized in myth, legend, and fairy tale was the Wise Old Man, an authority figure with knowledge and insight, and strength and who could appear as either a Heroic Champion (Superman) ou Villanous Ogre (Dreadnought ) and sometimes both (Shrek).

Carl Jung, who founded the idea of archetypes, claimed that for every positive archetype there was a negative. This represented the duality of the individual who through circumstances based upon experience and behavior synthesizes these competing characteristics and projects either a positive ou negative aspect of his self depending on the circumstances.

The Wise Old Man Archetypes: This figure represented wisdom and sound judgment. Often, in literature, he was a mentor/guide for the Hero providing conseil until the Hero gained enough knowledge and wisdom at which point, the Wise Old Man is killed (like Uther in S04E03), banished (but restored in times of need like Balinor in S02E13), ou otherwise becomes unnecessary and retires (sounds like what will happen to Gaius after Season 4).

There were 4 main masculine archetypal figures that fall under the Wise Old Man category. For each positive aspect there was a corresponding negative. They were as follows:

The Father : The Ogre
The Prince : The Wanderer
The Warrior : The Dictator
The Priest : The Black Magician

The Good Father ou Good King was the authority figure representing law and order. He was very masculine, a provider and a protector, who meted justice as fairness seen through the prism of social norms.

The Ogre was the counterpart. He was the oppressive and cruel father who threatened his children with rigid discipline and severe, often fatal punishment, who meted justice through his own values.

The Prince was the youthful seeker. He was usually the hero often paired with his counterpart the Wanderer in literature. It was the Prince who undertook the archetypical Hero’s journey.

The Wanderer was only slightly different from the Prince. He shunned the Call to Duty declining the commitment and responsibility of the Hero’s journey. Thus, he failed to fully understand his full potential and cannot become a “prince” until he did so. He was the evil but often gorgeous ou charming villain in literature.

3) The Warrior and leader

The Warrior/Leader was bold and daring. He was successful, ambitious, strong, brave, and relentless. Often the prince and the warrior were one in the same.

The Dictator was the counterpart. He was aggressive and blinded par his own ambition and ego. His emotions are severely repressed and neglected.

The Priest was wise and knowledgeable and able to commune with the gods and spirits.

The Black Magician was the counterpart. He at first appeared to use his power for good, but is revealed to be a trickster and duplicitous.

As there was a Wise Old Man there was the Wise Old Woman ou Crone Archetype. This figure represented compassion, healing, and adaptability that is, the wisdom of experience through the transformation of birth to life to death. Usually, she was depicted as an aspect of the Great Mother Archetype.

There were 4 main Female Archetypes that fall under the category of The Great Mother Archetype. As with the masculine figures, each female figure had a corresponding negative side. They were:

The Great Mother : The Terrible Mother
The Princess : The Fatal Siren
The amazone, amazon : The Huntress
The Priestess : The Witch

The Great Mother represents unconditional l’amour as in the l’amour her family and children as part of her duty to protect and nurture them. She provides devotion, comfort and stability to those around her and in exchange offers fierce loyalty to her family. She represented the power of life and death, creation and destruction, in the eternal cycle of rebirth and resurrection either spiritually, emotionally, ou physically. In her roles as Queen, she is the glue that holds her kingdom together.

The Terrible Mother was the counterpart wanting to possess and smother, devour and destroy. She was angry and jealous, enslaving her husband, lovers, and children.

The Princess ou Damsel was a beautiful, young, but vulnerable, innocent seducer. Though appearing to be in need, she gained empowerment par covertly manipulating men to do her bidding in the least obvious manner either intentionally ou not. She had the power to attract men through her innocent flirtation without intentionally meaning to do so. Often, if she wasn’t the boon of the Quest, she was an integral part of the Quest.

The Fatal Siren was a temptress, a seducer with ill intent. She had no interest in traditional feminine traits like loyalty, security, home, ou family but exploited such ideas to further her own agenda. Paradoxically, this often involved sending the message that women were weak, teaching them to be helpless, and in need of protection because her agenda would prevent the Hero ou Heroine from obtaining the true boon of the Quest.

The amazone, amazon was the woman who was perfectly able to compete with men on an equal footing. She was fiercely independent and driven, stopping at nothing to achieve her goal. Her two exploitable fears were her loss of independence and becoming weak ou vulnerable. These traits repel her and she sees those who champion such things as being unfit to make difficult choices. Though she would be willing to die before surrendering her independence, she would seldom risk everything to save others.

The Huntress was very much like the amazone, amazon but she often preferred solitude, the out-doors, and the wild--- protecting and healing the young and helpless but with the power to inflict death and plague upon those she nurtured to adulthood. She often despised and hounded men.

The High Priestess was the Healer both spiritually, physically and emotionally. She represented the intuitive and instinctual aspects of humanity. He ability to speak to and interpret the will of the gods and spirits allowed her to foretell the future and provide comfort to those in need of it and to herself. And, par doing so, she becomes a Teacher to spread the words of experience, knowledge and wisdom enlightening those she ministers.

The Witch (or Sorceress) was also in touch with the gods ou spirits but she was trapped in a world of her own making. Using her gifts to increase her own power to further her own agenda adopting the negative aspects of feminine power (see the Terrible Mother) to transform situations so her dreams and desires become reality.

Interestingly enough, the four main characters fit these various aspects of the Archetype in one form ou another. And, with this basic knowledge we can better understand the main characters in Merlin: Morgana, Guinevere, Arthur and Merlin. par matching them to their main Archetype, we get a better understanding of the characters and where they should go to succeed ou fail in their respective Journey as a Hero(ine). 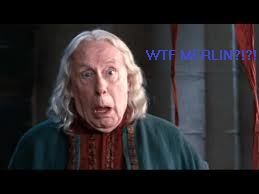 Merlin & Gaius Video - I Turn To toi
added by dotty25aug1981
This is a video dedicated to the father/son relationship gaius and merlin.
video
merlin
gaius
richard
wilson
colin
morgan
tv 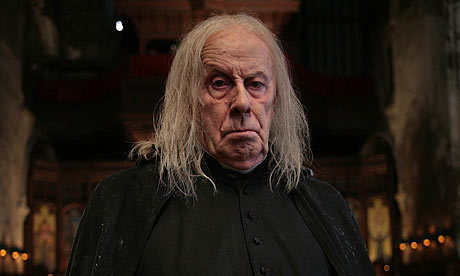 Merlin & Gaius Video - Goodbye To toi
added by dotty25aug1981
This is a video dedicated to merlin and gaius - their wonderful relationship on-screen.
video

2
Gaius is God
added by bobalosmonkey 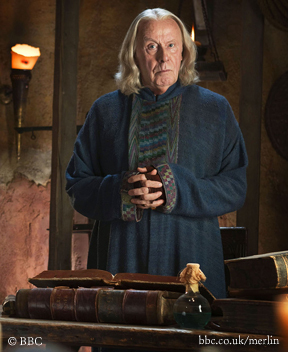 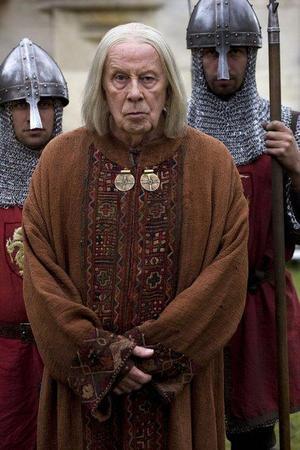 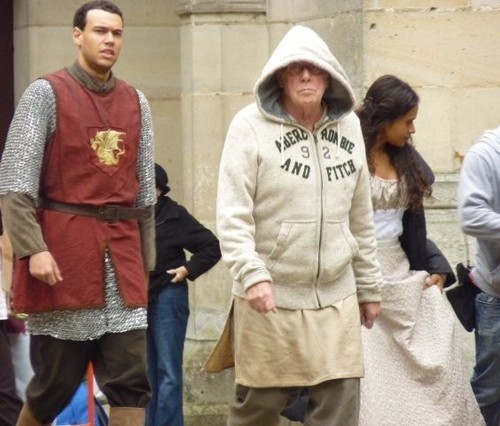 Before beginning the Quest, we (the viewers) must identify the problems Gwen must solve to aid Arthur. And before that we must learn the answer to these questions:

1) What is the problem Gwen must solve?
2) What kind of Hero is Gwen?
3) Where must the Quest occur?
4) Why must Gwen undergo Quest?
5) How does the Quest solve her problem?

Now that Gwen and Arthur are married, the Hero(ine)’s Archetype demands a very simple responsibility: she gains her mate’s glories as much as his burdens. The main burden that Arthur is unaware...
continue reading...
Healing Arwen. 3
posted by MikeAP001
HEALING ARWEN. 3
GWEN QUEST: A GENERIC STORY OUTLINE

I believe a redemptive story line would involve the central motif of trust and resurrection inherent in Myth. As we've seen, Uther might not have been as honorable and good as a Gorlois in dealing with Caerleon and likely the other kingdoms. And, Uther made promises he might not have kept them especially to Gorlois (S01E12). Likewise Arthur made promises that he did not keep (S01E12); where he promised Gwen she’d always have a accueil in Camelot, and while he kept her from being banished par Uther (S02E09) Arthur banished her in S04E09. Likewise,...
continue reading...
Healing Arwen. 1
posted by MikeAP001
Healing ArWen: Let Gwen finish her Journey

After the events of S04, a number of Arwennites were disappointed: although the montrer had been largely enjoyable, some things were amiss. There were a number of valid reasons for being so and letters were sent expressing improvements for the following season. However, nothing was plus bothersome than the lack of the Magick reveals to Arthur: 1) Merlin’s sorcerer’s ability and 2) Gwen’s Il était une fois bracelet. 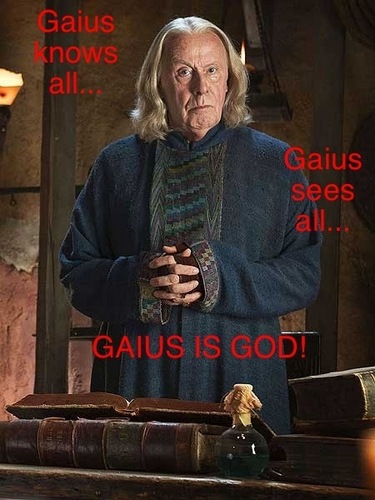 4
Gaius is God
added by bobalosmonkey 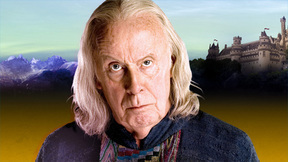