1
The Crazy, Stupid, Adventures of vipère, vipère, viper and Mercy - Part 4
posted by KatRox1
***I wasn't really sure how to write this part...Feedback and suggestions are VERY much appreciated! Featuring Becca (not my character)!! ENJOY!***

“So, we’re going to keep this whole incident secret, right?” Mercy whispered to Becca. Becca just eyed her and smirked, “Possibly…” Mercy laughed, “I’m serious! We’re keeping this whole night a secret!” Becca laughed along, “Fine par me! As long as I got to do this, I’m perfectly happy!”
“Why?”
“Why what?”
“Why do toi enjoy this?”
“I don’t know, I guess it just makes me feel like I don’t have to really…worry about anything. Like I’m free, ‘ya know?”
“No. I don’t know. I don’t like robbing banks! It’s uncomfortable! W-What if the police come,” Mercy made a large gasping sound, “Or what if the league came! They might kick us off the team, ou the-“ Mercy was cut off par Becca slapping both her hands over Mercy’s mouth, then quickly putting her hands back down. “Merce, nothing is going to happen! Lighten up!” Mercy stuck her tongue out before continuing to pull wads of money out of the sûr, sans danger in the back of the bank. “Are toi sure that none of the money will ACTUALLY leave the building?” Mercy nervously asked Heather. “Naw. Most of the time the police come before Joker can actually get any of the money outta here.” And as if on cue, police lights and sirens lit up and filled the entire bank. “That’s our cue!” Heather announced, leading Becca and Mercy both out of the bank, leaving Joker behind to deal with the police.


After Becca bid her goodbyes and headed back to the cave, Heather and Mercy had begun walking back down the street.
“You okay?” Mercy asked.
“Yep, Why?”
“Your hands, they’re fists.”
Heather looked down to realize that it was true. “Yeah, I guess they are.” Heather a dit before biting her lip.
They walked in silence for a few blocks. The sun was now setting and streetlights were being turned on. “Maybe I should head back to the cave.” Mercy a dit nervously. Heather stuttered for words, “Uh, NO! Com’on just a few plus blocks down the street! That’s it! Then toi can go back to your boyfriend and all those wimps.” Mercy sighed, “Heath, I know you’re not the…hero type… But could toi at least refrain from calling them names? I don’t care how much toi hate them, but toi don’t see ME going and calling all your Friends that kind of stuff!” Heather stuck her tongue out. “I’ll call them what I want.” She muttered quietly.


They reached a small apartment building that seemed to have no people living there. The windows were all boarded up and a musty smell lingered around the outside of the building. Suddenly, Heather jumped in front of Mercy. “Um, something wrong?” Mercy nervously asked, trying to pass. “I seem to have forgotten one, teensy, weensy, itsy-bitsy, little, tiny detail! Umm, Jacob a dit he wanted to see you.” Heather quickly mumbled out. “WHAT?! Are toi crazy? toi know he will kill me right? I might as well be dead! Right here, on the street, DEAD!” Mercy almost fell on the ground. “I’m getting out of here!” Mercy started to walk away but a hand grabbed her wrist before she could get away and pulled her back in. “Bella! I haven’t seen toi in ages!” A tall guy with blonde hair much like Heathers and dark blue eyes stood in front of her. “Not in the mood, Jake.” Mercy a dit through gritted teeth, trying to pull her hand out of Jacobs, but failing. “Great, just great.” She thought to herself. 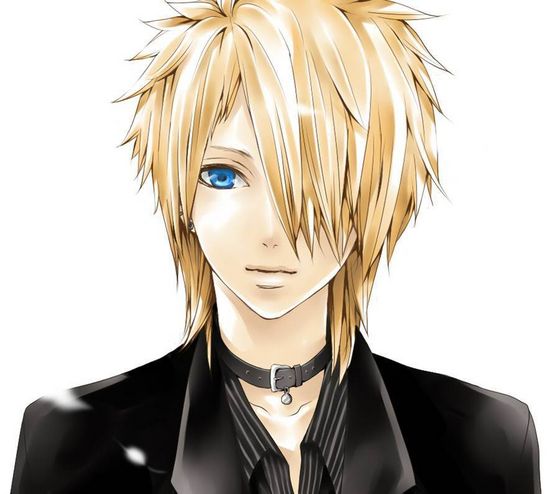 Jacob (Heather's Brother)
TerrorYJ likes this
MercyYJ Yeah, yeah... My name is actually Bella.... But that does NOT give anyone the ability to call me that!
TerrorYJ Hey Bella means beautiful in Italian. If anyone calls you that, it's cause you're beautiful babe.
MercyYJ Yeah, yeah.... I hate my name, though... It's.... A bad reminder....
TerrorYJ Just stating facts. But you have reason so people can't really do anything to change your view.
66Dragons I like Bella.

1
Secret Agent Man
added by XxKFforeverXx
Source: Me! I made it.

Wally gets injured
added by TOTALIzzyluver 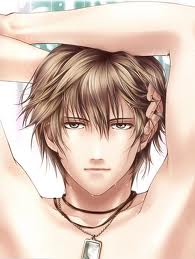 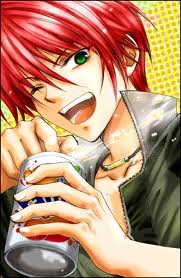 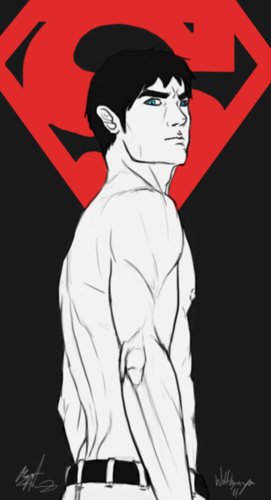 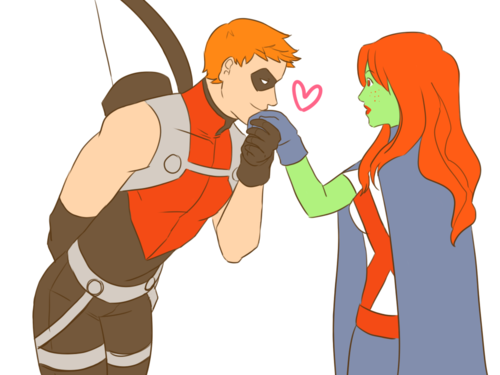 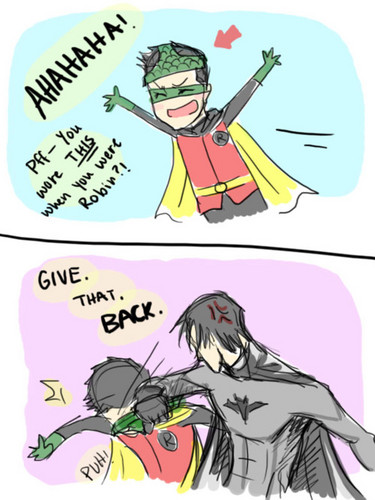 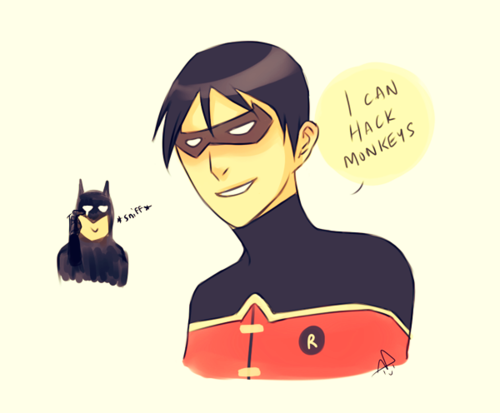 3
Again, too lazy to name/upload each one!
added by Skittles98 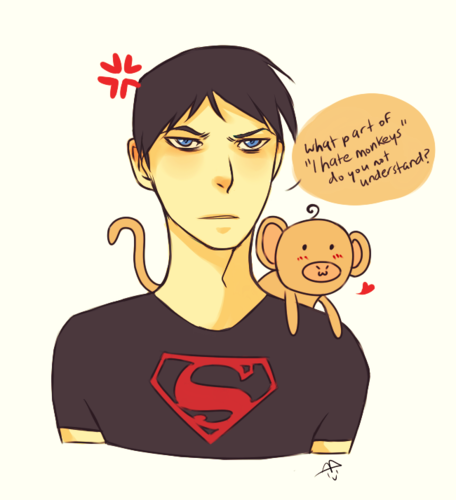 2
Again, too lazy to name/upload each one!
added by Skittles98 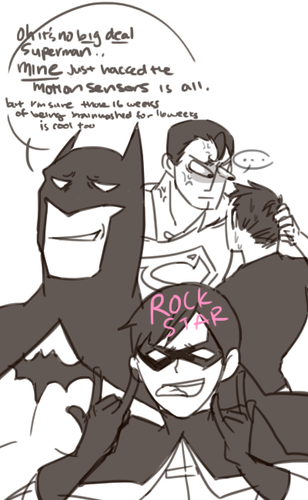 4
Again, too lazy to name/upload each one!
added by Skittles98 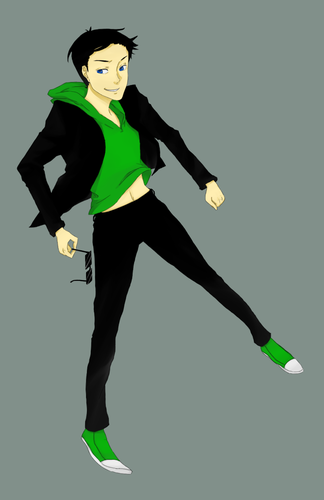 1
Again, too lazy to name/upload each one!
added by Skittles98 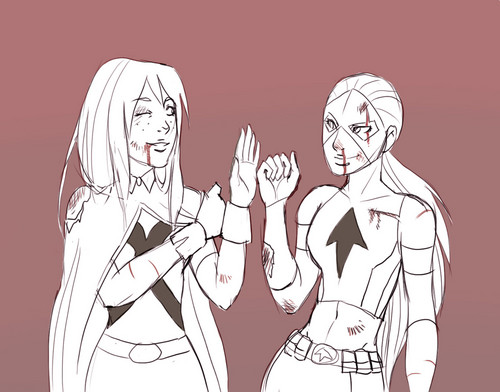 Worn and Wearey
added by Skittles98 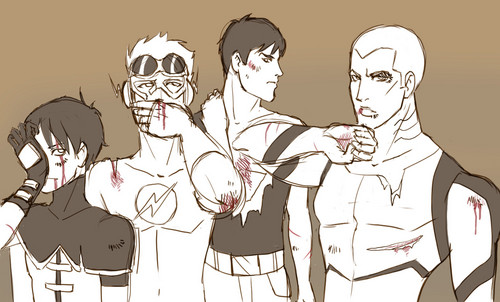 1
Bloody and Bruised
added by Skittles98 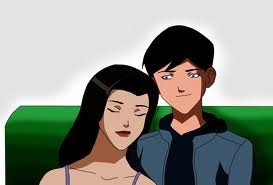 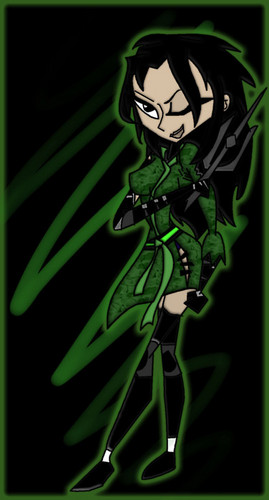 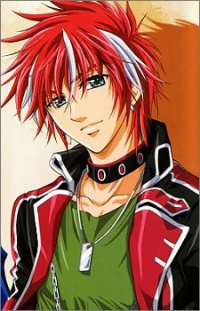