4
Something To Be: Part 1
posted by lovebaltor 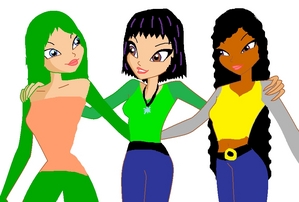 Vivienne, Resa and Aulelei!
Vivienne, a fully fledged Charmix fairy, was walking through the forest, taking her time before she arrived at Alfea, the school for fairies. She sighed, as she looked around, possibly searching for something strange. She shrugged, and continued on her little journey.

She kept walking, and looked up into the sky: It was a deep, rich blue with a few puffy clouds scattered here and there. She giggled, spinning around, and soon broke into a run or, skip. She hummed a favori song of hers as she skipped across the forest. She was so full of herself, that she didn't notice something that stood in her path.

She tripped, and moaned as she rubbed her soar arm. "What was that?!?" She shouted, and looked in front of her to find a book. She frowned, and picked it up. The cover read: Fantastic Beasts and Where to Find them! Vivienne shrugged, and looked to see where the book could have come from.

She found her answer, sleeping on the tronc of a tree. It was a girl about Vivienne's age. She had elegant, long green hair, and was wearing an orange top, green shorts and black boots. Vivienne frowned, and walked over towards the girl. She seemed fast asleep, and Vivienne didn't want to wake her. She thought about her options for a bit, and decided that it was best to wake her.

Vivienne closed her eyes, and muttered: "Shadow Ball" A small black ball came to be in her hands, as she levitated it over the girls head. She let it drop, and the girl woke with a start.

"Wasgoingon?" She asked, turning her head quickly, side to side, up and down. Vivienne giggled, as the girl looked up and Vivienne and smiled broadly. She got up, and lifted her hand up for a hand shake. "Hi! My name is Teresa! Resa for short and I'm a fully fledged Enchantix fairy! How 'bout you?" Vivienne smiled: This girl was very friendly, enthusiasic and one of a kind. Vivienne loved that! "Hi! I'm Vivienne, and I'm a fully fledged Charmix fairy!"

Resa smiled. "Were toi on your way to Alfea too?" She asked, rather excited. Vivienne nodded. "Yep! I was skipping rather fast there when I tripped over your book...He he..." Vivienne smiled sheepishly. Resa laughed, and picked up the book. She turned around, and picked up a bag and placed the book inside. "Well- toi seem fun, why don't we travel to Alfea together?" Vivienne nodded smiling. "Great! Now, let's go!" Resa said, leading the way.

It seemed to be a few hours of walking before the two girls saw something interesting.

They saw a flash of bright light in the sky, and then a shout of triumph. The two looked at each other, and decided to check it out. They ran, until they saw a girl, with long black wavy hair, in her fairy outfit. She seemed to be riding on- "Electricity?!? Is she riding on electricity?" Vivienne asks in awe. Resa furrowed her brows. "I'm pretty sure she is" The girl rode on what seemed to be a wave of electricity, soon did a back flip and then landed on the ground in front of Resa and Vivienne. "That was TOTALLY AWESOME!" Vivienne shouted. The girl smiled, "Thanks! It's so much fun! Oh, I'm Aulelei par the way!" She shakes Vivienne's hands happily. "I'm Vivienne, and this is-" "Teresa! But, toi can call me Resa!" Aulelei smiled, and untransformed and agreed to go with the two girls also.

It had been several hours, when the girls finally spotted Alfea!

They all smiled and ran towards the gate. When they arrived, they were greeted par Grizelda, the care taker. "Name and accueil planet please." She snapped sternly. Vivienne stepped up first: "Vivienne Freeman, from Earth." Grizelda checked the liste quickly, and nodded. "Come on in." Teresa walked up next, and then Aulelei and the two were both let in. The three smiled, and went into the large group of students to receive their rooming arrangements.

Vivienne was place with Teresa, a girl named Meggie, and another girl named Seine. Vivenne was at least happy she knew one person.

Aulelei, on the other hand, knew no one in her dorm: She was placed with girls named Dakota, Kate, Daniella.

She just shrugged as she saw Vivienne and Resa leave for their dorm. When the two finally arrived at their dorm, they could see that their room-mates had already arrived. Teresa smiled, and walked over and sat down on a couch. "Hi! I'm Teresa, and that over there, is my friend Vivienne! Why don't we all introduce ourselves?" She a dit happily to all the girls. The other 'mystery girls' just shrugged and sat down on other chairs in the room. "Well- I might as well introduce myself first! I'm Teresa Mclean and Friends call me Resa. I'm the fairy of livres and space! I'm also an Enchantix fairy!" She smiled, and looked around waiting for someone else to speak up. Vivienne shrugged, and decided to speak up. "Well- I'm Vivienne Freeman, the fairy of dark magic and dreams and I'm a Charmix fairy"

The other two girls looked slightly shy, but a girl with long blond, curly hair spoke up, "Hi...Well, I'm Meggie Folchart. I'm a silvertongue, which means I can read characters of books, out of books... And I'm a Believix fairy" She smiled softly and looked at the group. "Wow! Awesome power! I l’amour to read!" Resa a dit smiling happily. Vivienne giggled, as their final room-mate spoke up: "Hi...I'm Siene, a Believix fairy of negativity..." She mumbled. Resa started at her with wide eyes. Seine rolled her eyes. "Why don't toi take a picture puke head! It'll last longer!" Resa's mouth opened, but she closed it as Vivienne and Meggie glared dangerously at Seine.

Siene rolled her eyes, got up, and left, slamming the door. "Pfft! Someone's got some social problems!" Vivienne scoffs and Meggie laughs, as does Resa. This an was going to be quite interesting... 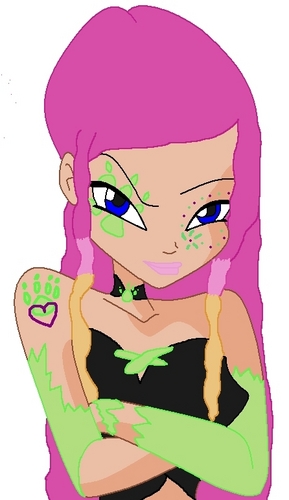 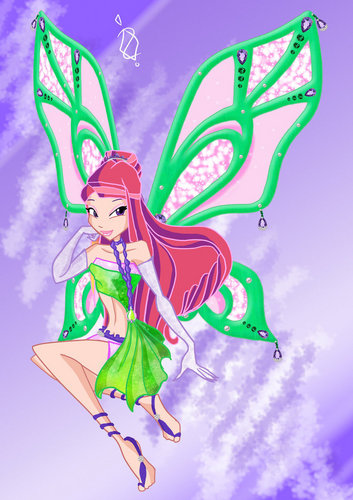 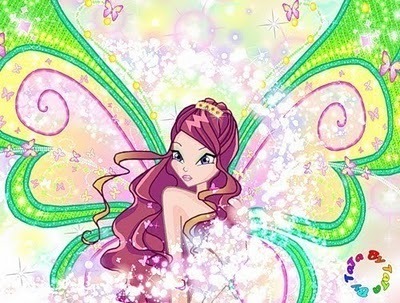 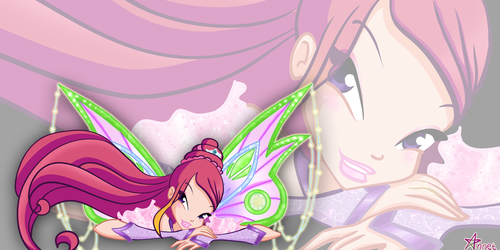 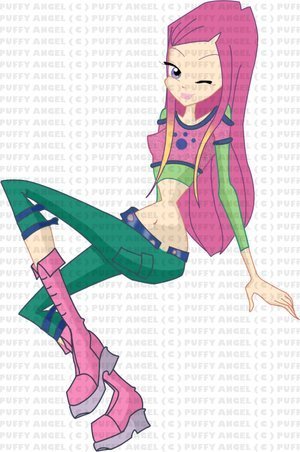 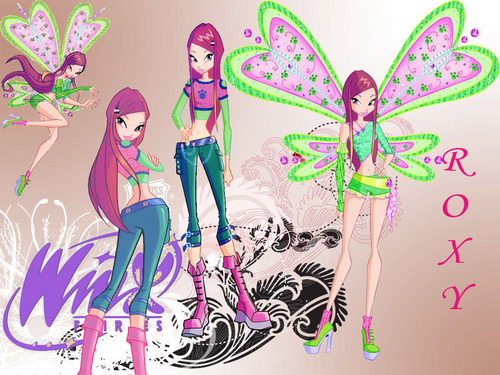 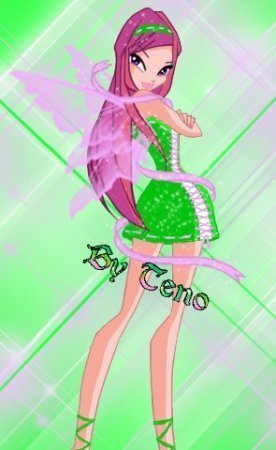 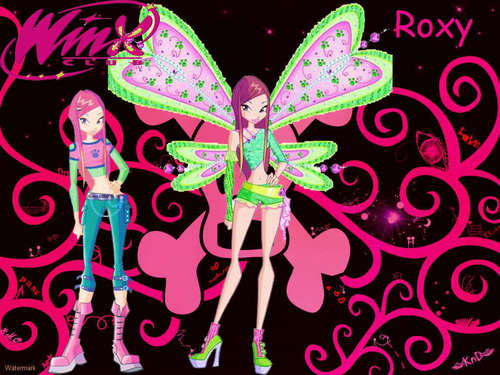 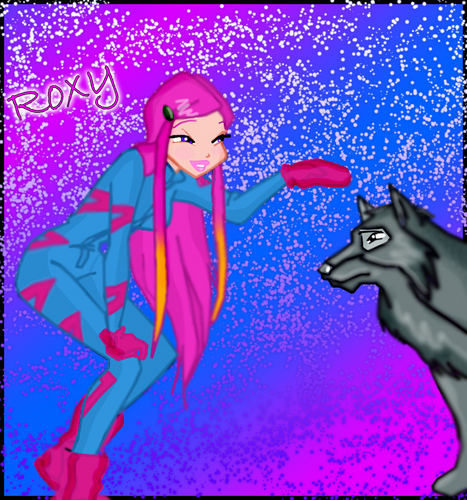 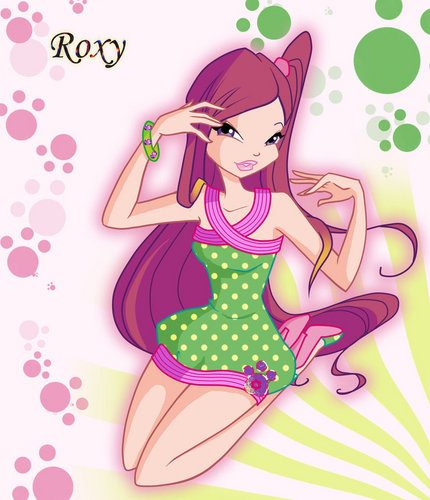 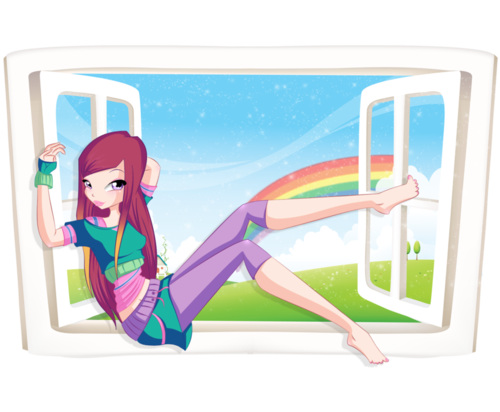 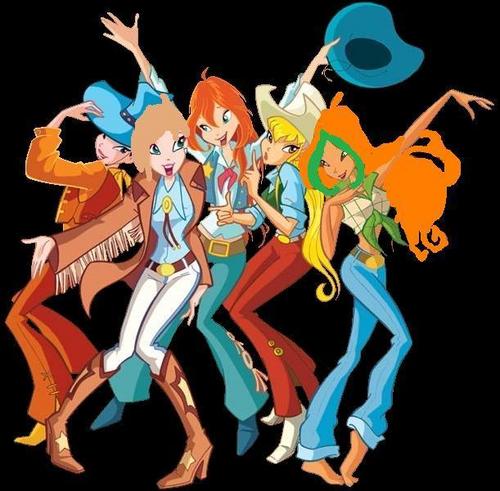 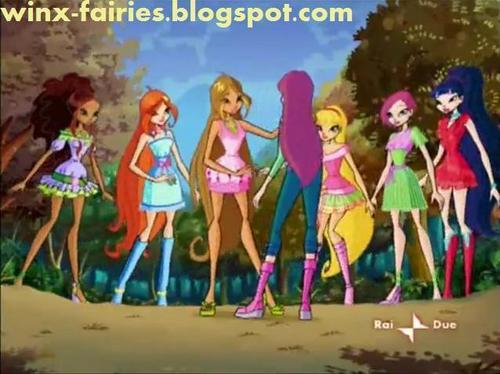 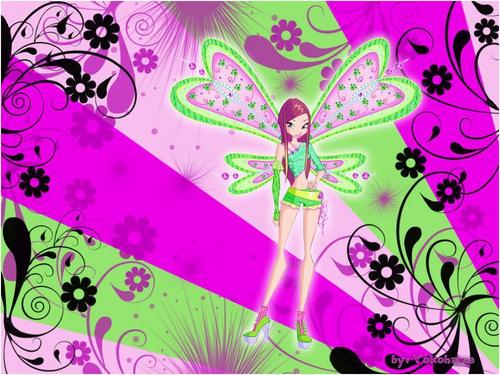 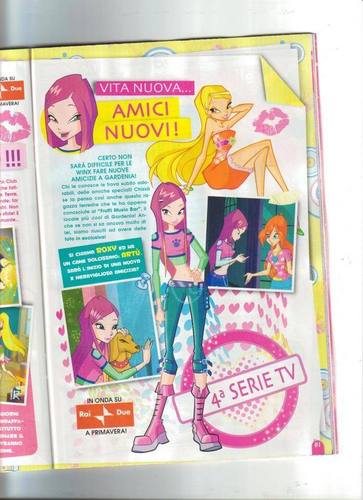 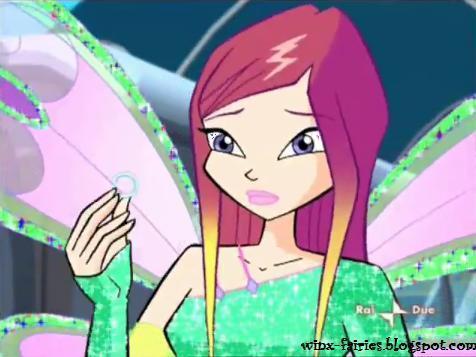 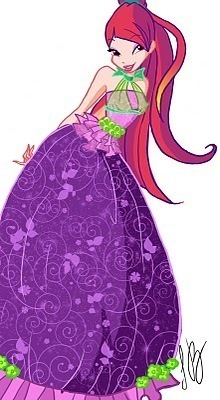 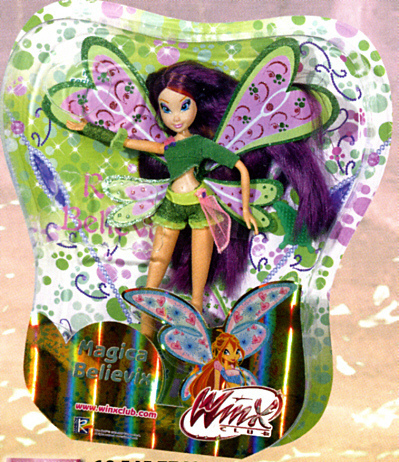