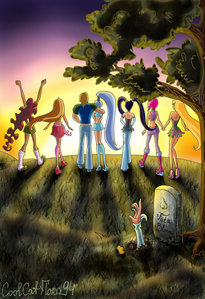 Creds to CoolCatFlora94 on deviantart
The picture I used to make this fic I found like 2 months il y a I just hadn't got around to écriture it until last night. toi guys know I don't like Bloom so écriture this was pretty enjoyable and easy. I got the idea from lovebaltor when she did Techno Strike based on a picture and I believe zannie did one as well. So thanks toi guys and yea...enjoy. :)
_____________________________________


“Musa use your lullaby to calm it!” Bloom yelled at the musique fairy.
“Got it!” Musa did what she a dit but honestly she was sick of the red headed fairy commanding her to do things. Sick of bossing all of them around. You’re the almighty fairy of the dragon flame, why don’t toi do it? She a dit while beginning her lullaby.
“Great job Musa, now Flora tie it down!”
Flora nodded to this and summoned roots out of the ground to tie the beast up. She wished that the beast was Bloom herself. As if she didn’t know already tieing the beast down was a good plan. Bloom’s not the brains of the group. And she certainly didn’t need her to say great job.
“Nice! Blind it Stella!” She yelled Stella was already summoning up all her magic to blind the beast. Bloom started out as her best friend but over time she became a real pain in the ass. barking orders as if no one knew what to do next, like only what she a dit was to be done and any other idea was awful and not to be used simply because it wasn’t her idea. The monster shielded it’s eyes.
“Perfect Stel. Now cover it’s eyes Layla!” Layla gave her a thumbs up and covered the beasts eyes with her morphix. Simply wishing Bloom would shut up and wanted to yell at her every time an order came out from between her lips. Maybe her mouth should be the one getting covered. Sometimes she would pretend the beast was Bloom to give her some motivation to destroy it faster.
“Alright, now send it packing Tecna!” She summoned a digital net to trap the beast and then used her supprimer spell to make it vanish and with that it was gone. They all flew to the ground and transformed back into their casual clothes.
The students and teachers came out of the building clapping.
“Thank toi winx!” A bunch of them said.
Tecna was going to say something but Bloom stopped that from happening.
“Don’t sweat it guys, it was nothing.” Was her response. The rest of the winx folded their arms and gave her somewhat mean stares.
“Right winx?” She asked whipping her head around to look at them.
They quickly changed their faces.
“Right.” They agreed.
“Thanks again.” And then all the students headed back inside. Kiko hopped onto Bloom’s shoulder.
“I’m going to go get ready for my rendez-vous amoureux, date with Sky. See toi in a bit!” She yelled while running inside.
“You got it!” Stella shouted. Then they all went into the forest.
Flora and Aisha sat on a rock. Musa leaned up against a tree, Stella and Tecna just standing.
”Don’t sweat it guys, it was nothing.” Stella a dit imitating Bloom.
“Boy the nerve of that girl I swear.” Aisha a dit folding her arms.
“The whole time that beast was here she didn’t lift a finger. Then says oh it was nothing.” Flora ranted.
“I just 10,000 percent done with her.” Musa said.
“I hope Sky follows through with the plan tonight on their date.” Tecna said.
“He better ou I might do it myself.” Aisha threatened.

Bloom was in the dorm putting on her makeup for her rendez-vous amoureux, date with Sky. They hadn’t gone on one in a while so she was excited. She wore a strapless cerise red dress that a short high-low. With that she wore black peep toe heels, she put her hair in a side ponytail with a bow clip. Now all she had to do was wait for the call, which came secondes after she was ready. She picked up and it was Sky telling her he was ready and waiting at the White Horse. She a dit she would be there in 10. “I can’t wait to see toi wonderful.” He a dit to her.
“Me neither.” Bloom a dit while closing the door and walking outside of Alfea. The winx saw her walk towards magix. “See toi in a bit.” He a dit then they hung up.
“C’mon girls. We need to meet Bloom at her final destination.” Musa a dit while walking off their own way.
Sky saw exactly the rest of the winx saw in Bloom. How she sat back and let them do the work. She had done it for years and everyone was tired of it. No one would miss her where she was going. No one would miss her indirectly boast and brag about her powerful dragon fire. No one would miss her take the credit for destroying a villain par herself when she clearly didn’t. Bloom walked in the White Horse and saw Sky already sitting at a table, tableau in the corner. She smiled and walked over and sat with him. They ordered their nourriture while making romantic glances at each other. When they finished their desert Sky suggested they go watch the sunset. And Bloom happily agreed. They started walking to the rolling hill, not far out from magix. And there the view of the sunset was beautiful. She leaned her head on his shoulder and hugged his arm. He looked at her with a smile on his face, but it wasn’t really a smile, in was plus of a… a smirk. She put it off as it was probably nothing. Sky cupped her head in his hand and moved in as if he was going to Kiss her but the minute she closed her eyes and waited he pulled out a couteau and stabbed her in the heart. Her eyes quickly opened and looked down then back up at him.
“S...Sky what’re yo-” She started to say but he pushed the couteau deeper and twisted it. Then he pulled it out. She quickly fell not breathing which for him was good, it was plus than good, it was fantastic, it was perfect.
“Good job prince.” Icy a dit stepping out from behind a arbre that was right suivant to them along with the winx.
“We were worried toi wouldn’t go through.” Aisha admitted.
“Of course I was going through with it, to be with my true love.” He a dit before s’embrasser Icy.
“Let’s get this body buried shall we?” Tecna asked while clapping her hands. And with that Sky picked Bloom up and took her to a hole that was on one side of tree. He looked at her and dropped her in. They all looked at her. He took the couteau and threw it in there with her. Flora used her magic to cover the grave back up with dirt. and put herbe so it didn’t stand out too much. Then on the arbre she carved ”Fata Bloom”. with a picture of a flame on top.
“Anyone have a speech?” Stella asked. No one a dit a word. They all looked off into the sunset, satisfied with what they had done. Then they turned to leave Flora picked up a lone rose, and threw it on the grave.
Musa_Music, Princess-Flora and 3 others like this
sieluvzsoul That was horrible!
XxLalasaysxX ^Excuse me? If you don't like it you can keep the hate to yourself.
SummerThunder ^Don't mind the haters! Silence is the best weapon against them, in my opinion. So just ignore him/her <3 Anyways, I really loved it. (:
XxLalasaysxX Thank you Vicky. And you're right.
WinxClub_Stella Dayum I wasn't expecting that. It was amazing though, dat revenge :P
XxLalasaysxX Thank you Mel. And yea, Karma's a bitch. >:)
Princess-Flora I really love this because I think it really summarizes the picture well
XxLalasaysxX ^Thank you Sam.
rorowinx *reads Bloom dies again* It was great! Love it! Dat ending though.... 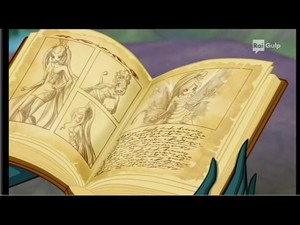 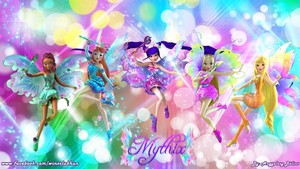 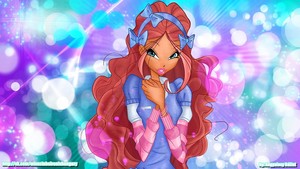 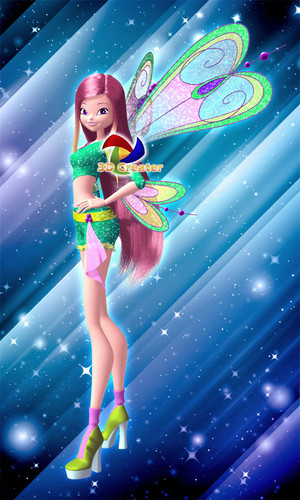 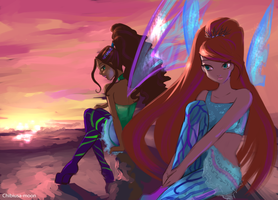 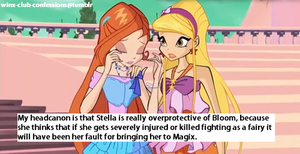 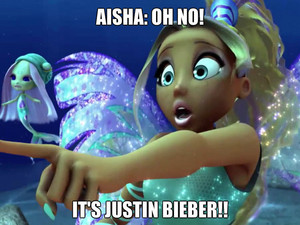 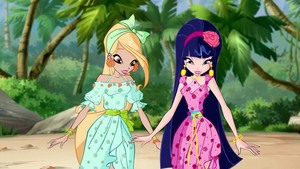 10
Daphne and Musa
added by Musa_Music 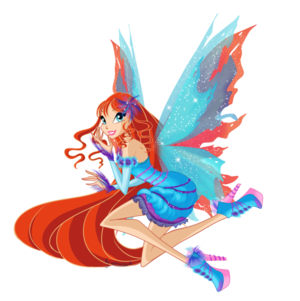 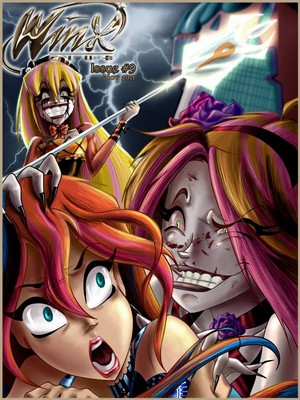 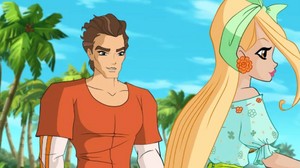 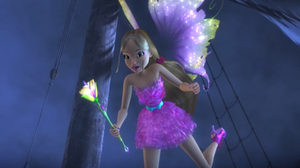 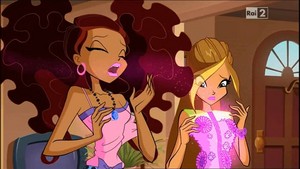 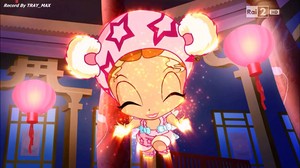 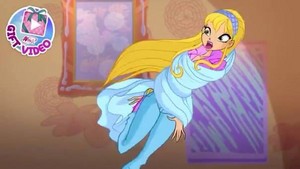 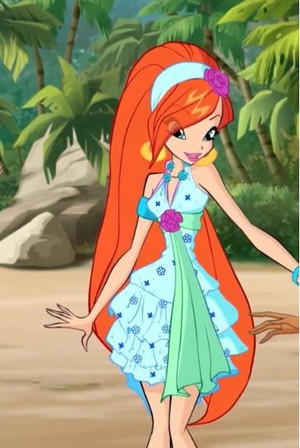