6
Personality 13
posted by Rainflowers
Sorry guys, for some reason Facebook wasn't working yesterday, and I use Facebook to log in! Thanks for reading!!! P.S see that little fan box up top? toi should click it and become a fan! :)
Rainflowers

Riven couldn't believe what he had just agreed to. On one hand he couldn't let this Kembal guy hurt Musa, but at the same time, if he helps him get Flora, not only will he doom his friend but the entire Magic Dimension.
*FLASHBACK*
Outside Riven kicked a can side to side kicking it further each time. He sighed when he heard a russle in the bushes. He looked closer when Kembal jumped out.

Kembal laughed evily, "Where's the fleur fairy?" He asked with a wicked grin. Riven backed off a little. He didn't like the odds. 1.) He didn't have any weapons 2.) He was only aganist what looked like 10 people 3.) There was no reason to spare his life. "Like I'd ever tell you," Riven responsed, praying silently that someone would come after him, ou something. Kembal smiled evily again and said. "Yes, toi will, and you'll bring her into my trap, and you'll do it tonight." Riven violently shook his head, He didn't know where this was going but he knew it wasn't good. Kembal smiled once plus wickedly and said, "because if toi don't, then I'll just pay a visit to a certaint musique Fairy when she'll all alone." Riven looked at Kembal in disbelife. He was torn in half.

Fine, I'll ... help you." He a dit finally, cursing himself for being so weak. But deep down he couldn't let anyone hurt Musa.

Now, he walked up to his room, and had to pretend nothing had happened, knowing that Kembal would be listening. He walked in a shut the door quietly behind him.

Timmy was the first to turn around, "Hey Riven are toi okay?" Riven could hear that Timmy was worried, he needed a way to montrer him that something was wrong. He thought for a seconde then spoke. "Yeah, just needed to clear my min, thanks for asking." Riven watched as the other boys jaws dropped. He contunied on, "Hey, I was thinking, why don't we surprise the girls and give them a surprise visit, I'm sure they'd like that." Riven a dit smilely sweetly. Suddenly a plan diveriged in his head. They would go to the girls, then he would tell everyone ehat happened, then they would fight together. Brandon was the first to responsed, "Okay . . . yeah, I guess we could do that . . ." And hurried off to go ask if they could borrow a ship while the others stared in awe.

When they finally reached Alfea, Riven let out a sigh of relife. Then quickly told the guys everything that had happened, and his plan. At first, the guys were mad, why didn't toi tell us this, or, how could toi put everyone at danger. But after a argument everyone agreed that what Riven did was best, that this way, they could protect the girls.

When they had reached the Winx bedroom, they heard giggling through the door as Sky reached out to knock Brandon knocked away his hand with a mischeifs smile, he made a shush gesture than pushed his ear to the door.

"So Flora, toi never told us what happened at the cave, toi were going for a long time. Suddenly the whole room was quiet. Flora didn't seem to want to talk about it. Flora sighed then a dit "It was very frightening. I wasn't sure what they wanted, whether ou not I was going to live. After all it's not like they were just going to let me go afterwards. i didn't want to drag toi into this. I knew that he wouldn't hestitat to hurt you." Flora now softly cried. Stella felt bad for asking. "Hey, she a dit trying to lighten mood, "who wants to give make overs?" But then she heard a knock at the door.

"I'll get it," Tecna a dit as she pushed herself off the canapé and Flora dried her last tears. Tecna swung the heavy door open and was surprised to find six firmilar looking boys standing behind it. "Guys?" She asked puzzeled.

"Mind if we come in?" Brandon asked smiling. Tecna sighed angrily, "What part of 'Girl Time' don't toi under stand?" She asked aggresivly. As the boys stepped in. The girls looked susrprised.

"Sorry girls, but we need to talk," Sky a dit and then lauchned into Rivens story. . .

Flora felt her self brake down whenever Sky finished. She sighed. Why me? she thought. The others quickly began to discuss battle options. She sighed again listening for a while before cutting in. "No," She a dit in listen to me tone. "I'm going to fight Kembal, and I'm going to fight him alone."
winxlullaby, florasedge31 and 4 others like this
Flora_Luna Ah, love it! So brave of Flora, but otherwise, very dangerous... I'm sooo excited to the next parts! 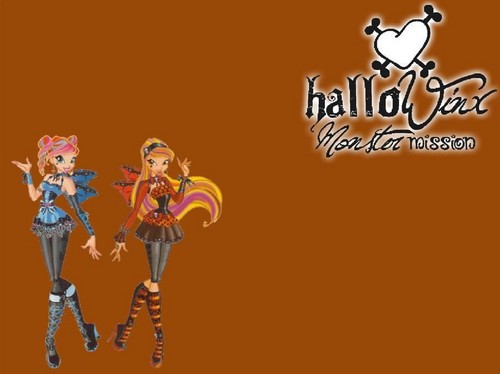 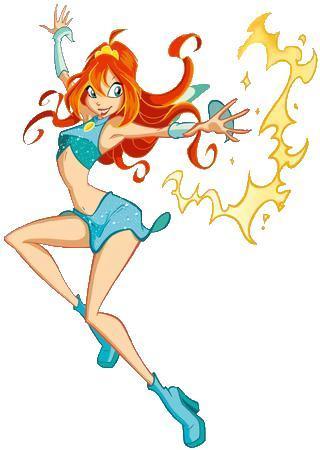 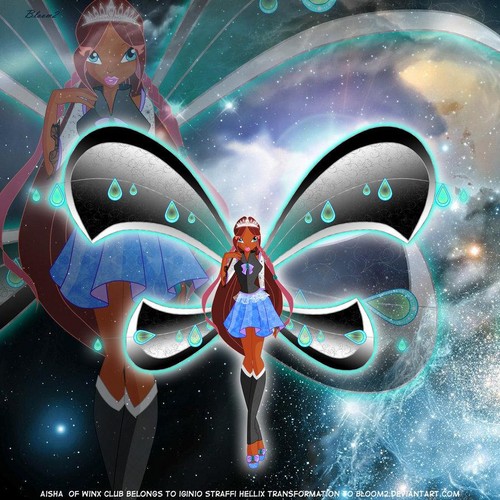 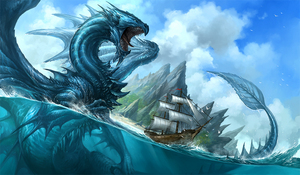 *It was Saturday morning. The girls had so much fun last night at the party that they didn't even sleep. But luckily, today is Saturday and there is no school. Griselda came in their room to check them and send the W.I.T.C.H. in their room.*
Griselda: Good morning, ladies. I see toi had a party last night.
Stella: Yeah Ms. G, it was amazing!
Bloom: What's up Ms. G, why are toi here?
Griselda: I just came to check what are toi girls doing. Also, toi girls need to go to your...
continue reading... 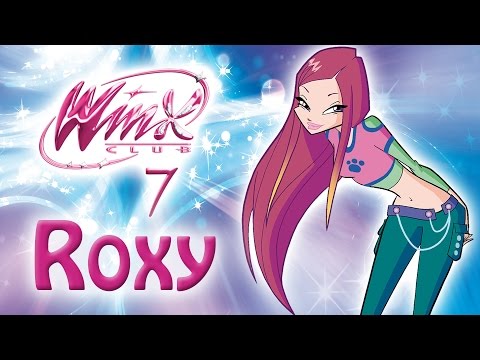 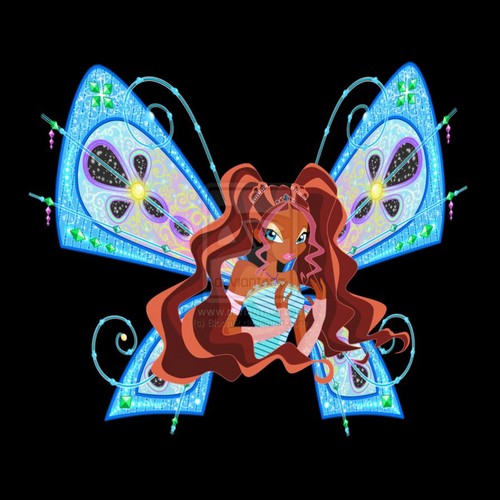 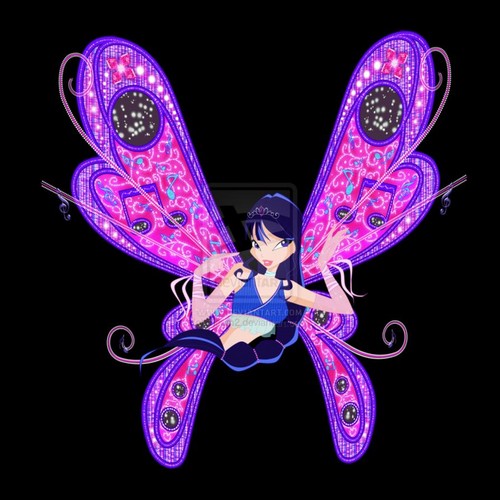 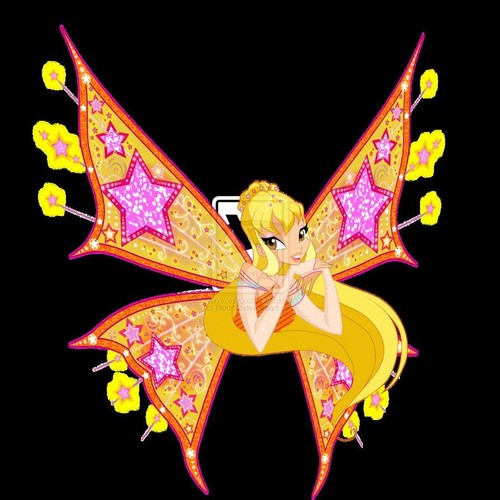 Season five has been confirmed to montrer in Italy. It will air in 2011 in Italy, and will come after the seconde movie of the Winx Club. This season will also air in America in Febuary of 2012.

Almost nothing is known of the season, except that the series itself will experience a change, that the Winx will change their looks again (reminiscent of earlier seasons; like in Season 4) and will gain a new transformation. Currently, there is no information about their new transformations. The information can be verified from this site (in French): Saison 5, on Winx Magic sur Kazeo.

However, from the...
continue reading...