43
Sims 3 Cheats
posted by myau
Here are some cheats and tips for sims 3... they work for me! But if u have any problems leave a comment!

Note 1: This code allows additional cheat codes to be used and unlocks various testing options, as described below.

Note 2: This code must be enabled before entering Create-A-Sim mode.

Note 3: "Llamas" are the triangular warning signs that appear with some messages.


* After enabling the "testingCheatsenabled true" code, toi can also hold [Shift] and click on the following objects to access new options:

Remove a Moodlet from the Moodlet Panel. Note: If it is motive induced, the bar related to the negative Moodlet will be completely filled.

* When the "testingCheatsenabled true" code is enabled on the "Select Family" screen before chargement a family, hold [Ctrl] and click just below the box in the lifetime happiness to add 500 to lifetime happiness.

# Watching your own vidéos on the TV

Use the following trick to watch your own vidéos on the Sim television. Place the video toi want into the "/My Documents/EA Games/The Sims 3/Movies/Broadcast/[television station]" folder. Turn on the télévision in the game, and toi can watch it. The video must be in .AVI format, with a resolution no larger than 128x128 pixels, and frame rate not greater than 15 frames per second.

# Listening to your own musique on the radio

Start écriture novels on your computer. Write fiction novels as they take the least amount of time. They will not bring toi too much Simoleons. When toi write, your skill will automatically advance. If your skill is high enough, toi will be able to write plus novel types/genres. The most money can be made from "Romance Novels". toi will get royalties for six weeks once toi finish a book. With the "Writing" skill maxed out, toi can make approximately 40,000 Simoleons every week, which is plus than the 34,800 Simoleons toi can get par purchasing all neighborhood businesses, and takes less time to achieve. In three game weeks toi should have a very high speed writing, 9 ou 10 novels as best sellers, and 100,000 Simoleons.

No matter how many times toi use an object, if toi sell it the same jour toi got it toi can get all your money back. If your Sim is poor and needs body points ou something else, buy a body machine and keep selling it back to get a refund of all your money.

This trick requires a TV with a Cooking, Fishing, ou Gardening channel and a video game system. Have a Sim sit down and watch television. Switch the TV over to one of the previously mentioned channels so that the Sim can start earning his ou her skill point. Then, have a seconde Sim go over and start playing video games. Notice that although the TV is displaying video games, the first Sim still has the skill meter above their head. Allow this Sim to sit there for as long as they please until they decide to do another activity of their own. After that, the skill meter should stay above their head until toi start another Cooking, Fishing, ou Gardening skill activity. As an added bonus, toi can train two skill points at once. For example, work out and both the Athletic and Cooking skills will continue to rise. If toi keep repeating the steps until each skill channel has been viewed, the Sim will keep learning the three skills as he ou she goes on about their daily life, and four when doing skill activities.

Buy a bookcase, then have your Sim begin to study. Interrupt the action so that the book is placed on the ground. Sell the bookcase. The book can now do everything the bibliothèque could have done for free.

# Increasing chance to have baby boys

Have a pregnant female Sim eat apples to increase the chance of having a boy.

# Increasing chance to have baby girls

Have a pregnant female Sim eat watermelons to increase the chance of having a girl.

To increase the chance of having twins ou triplets, have one ou both parents have the lifetime reward of Fertility Treatment.

Set one of your female Sim's traits to Kleptomaniac. Go to the graveyard, and have the Sim steal male remains. On the seconde jour after putting the male remains in your home, a ghost will appear at 11:00 p.m. and disappear at 4:00 a.m. It will appear every other day. Socialize with the ghost every night it appears. When toi become best Friends with the ghost, it will begin appearing every night. Get the "Fertility" reward. Confess your attraction to the ghost. Ask to snuggle on the bed, and Kiss him. Try for a baby every night until toi start throwing up. toi will now have a ghost baby that toi can control.

# Ghosts in your house

Go to the graveyard, click on all the tombstones, and take all possible tombstones. Return to your house, and place them somewhere in your backyard. toi now have a 70% chance of a ghost ou two, ou even a whole party of ghosts visiting your house each night. To improve your chances, write in the epitaph "Here Lies [Sim's name], The One Who Returns".

Buy a guitar. Play it to learn how to play guitar. Keep playing until toi reach 5/10 level, which gives toi the ability to "Play For Tips". When toi have that ability, go to the park with the guitare in your inventory. When toi are in the park, click the guitare in your inventory, and select "Play For Tips". People watching toi will become your Friends if toi keep playing. The higher your guitare skill, the faster they will become Friends with you.

Instead of using a cheat code to toggle "aging on" and "aging off" like in The Sims 2, toi can de-activate the age in "Game Options" under "Options". When toi uncheck the box suivant to "Aging", your Sims will no longer become older. toi can also slow aging down in this menu par setting the "Lifetime" bar. It can be set from 25 days to 960 days.

Use the following trick to change your Sim's age (toddler, child, teen, etc.) quickly. Buy a birthday cake from the grocery store, and place it somewhere on your lot. Click the cake, and select "Have Birthday". Then, choose the Sim to be aged. This is a good method to get past the baby stage.

Go to Pleasant Rest Graveyard. Near the gate is a buisson, bush called "Death fleur Bush". Harvest the fleur from it, and keep it in your Sim's inventory. If toi die, that Sim will give the fleur to the Grim Reaper and be resurrected. Although the fleur will not reappear there again, if your Sim has Level 7 Gardening, they can plant the "Unknown Special Seeds" found in the graveyard and some other places that have a chance to grow as a Death Flower. Note: Having the Green Thumb trait to revive the plant may help.

To get new clothes, toi first have to buy a dresser from "Buy Options". Once there, click "Plan Outfit". toi can put a total of three different clothes for each type (formal, every day, athletic, etc.).

# Learning all guitare songs from books

Create a stylized still life after it is unlocked. Choose "Genius", and make it in the largest possible frame. toi will now have a much better chance of getting a brilliant painting ou masterpiece.

Buy the Ducksworth of Bathington, and place it in your bathtub. When a Sim takes a bath, they will get the canard Time moodlet which results in a +15 boost for four hours.

There is a glitch in Create-A-Sim mode that allows to toi to make very strange faces. Go to the face designing area. Select a face part such as the eyes, and max out all the sliders one way ou the other. Then, go to a different face part, and select one of the predesigned parts. Return to the eyes. The sliders will have reset to the middle, but the eyes will still look the same. This works for all of the face adjusting tabs. toi can then continue to max out the size of the eyes and repeat. toi can make eyes the size of dîner plates, very long cheekbones, huge noses, and more.

Have a Sim call for pizza. When the pizza delivery man arrives, do not accept the pizza. The delivery man will eventually leave the pizza on the front porch, and it will never get stale. toi can stack as many pizzas there as toi want. If your Sims get hungry, just tell them to get a pizza from the front porch.

Well... that's it! Hope it helped! [xoxo]
ParaBowiefan94, -Obsessive- and 41 others like this
DefineDelicate OMG thank you for all this :)) I love the Sims but I didn't know all the cheats for sims 3 and..I mean..have you ever played the Sims without codes man?? HARD AS CRAP lol Thanks. rating :) xoxo
hppspirit WOW.... thank u so much....
Angel_W HaHa! i made a sim and started to live with her own money!and i bought every thing 4 her!now that i know them there would be no other ways not to use them!THANKS:)
ultimatefan6 Wow, you do kno alot of cheats, I am obsessed with the sims 3 lol so they should help. but then again who isnt obsessed right?
Courtney370 Thanks!!
simlover4 good i know the cheats for when i get thesims3.
LadyLilith Cheats are awesome. :) I always make my Sims stinking rich with the motherlode cheat. I was wondering if there was a way you could affect the gender of an upcoming baby! Thank you so much for this. One of my Sims keeps having boys, and I want a girl. Tell me more about the "age transition" testing cheat. Does it age all of your Sims at once? Or if you type the Sim's name that you want aged in there, and it will only age that one Sim?
narkisos 10x!!!!:)
_Chryso_ thank u so much!!! you're the best!!! =)
TheBlossom1 Thank You!!!!!!!!!!!!!!!!! :3 >3< >_*
AlxanderRfan omg that is so coooool! (:
Kylie90210 Brilliant!
animecat888 does anyone know how to make people your friend instanly? just one person not a hole lot of people( make me friends)???
myau @ animecat888 after you enable the testing cheats (estingCheatsnabled true) you just click and drag the relationshis green bar right under the sim you want to befriend`s picture on the sims panel. I hope you can figure it out. :)
wetts2 cool
sshannahmontana Thanks your cheat codes from sims 3.I have searched for that cheats everywhere but my brother told me to find it on the internet so i found it and i have got more information thanks.
Vinci1993 i play sims without the code, it destroys your computer once you start adding cheats. It slows your computer down and ends up blocking it. So i recommend you guys not to use the codes. ANd its a lot more fun without codes. I honestky think that it is pointless. Its kinda like cheating on a test. think about it guys :)
Alpatron Custom music is not working :-( 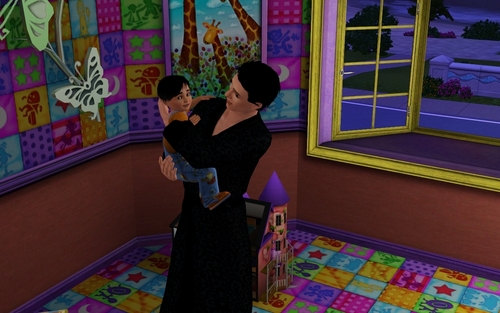 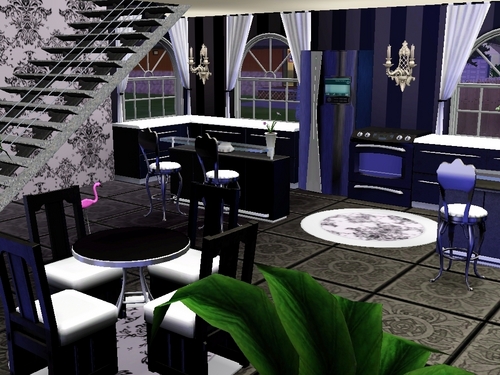 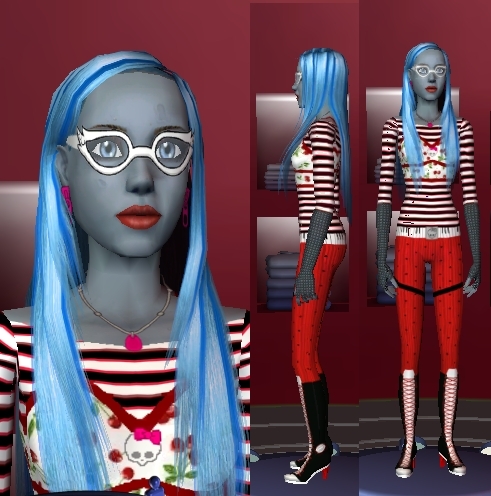 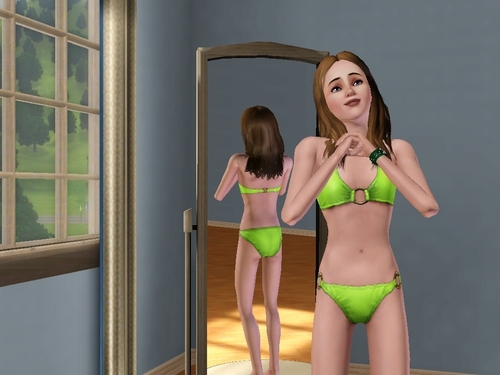 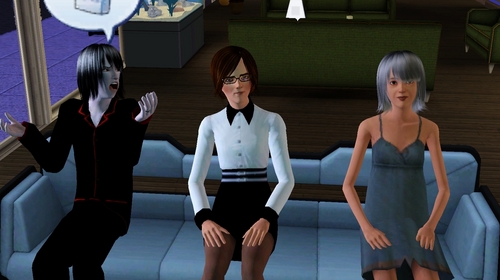 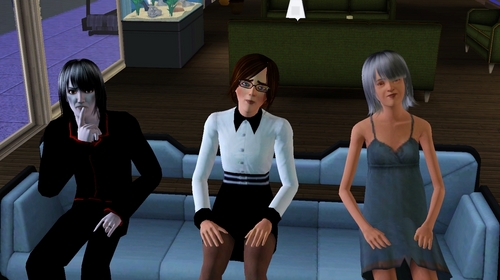 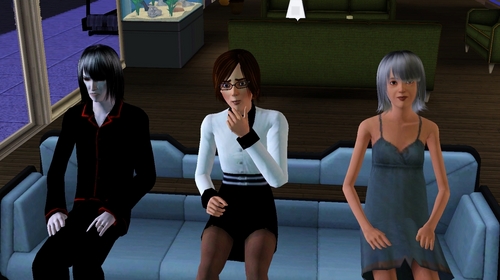 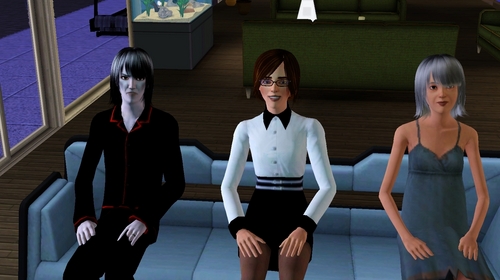 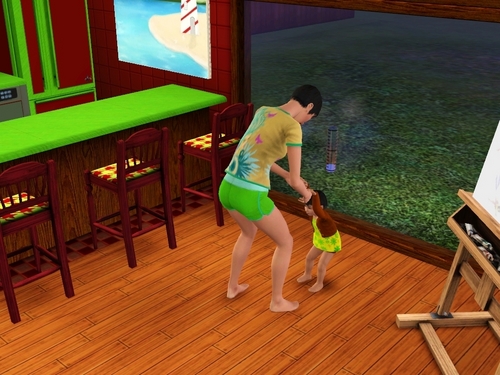 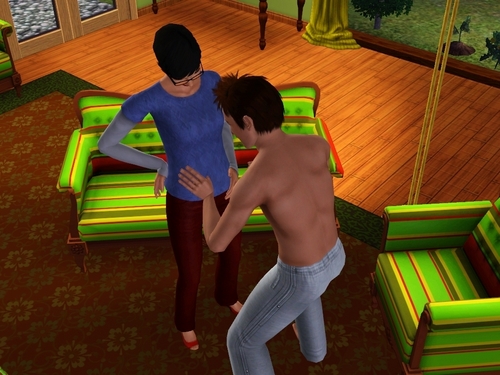 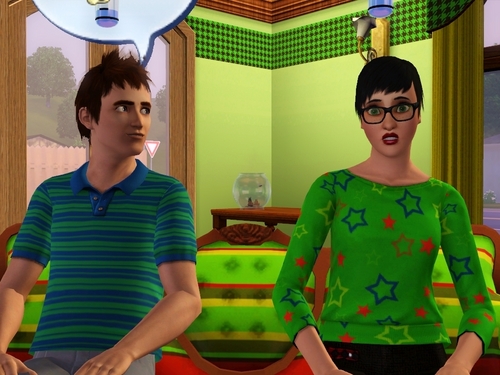 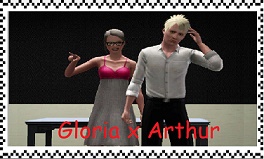 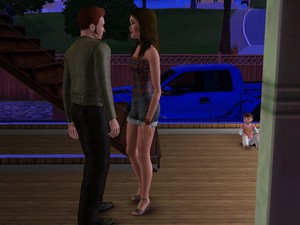 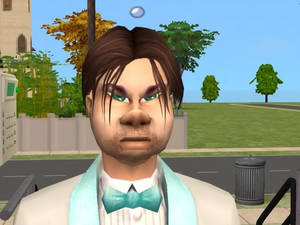 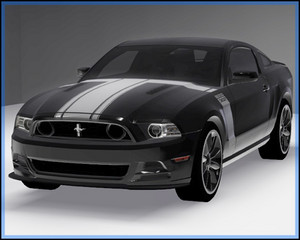 Some cool cars
added by Mollymolata

Tracker on Sims 3
added by Mollymolata 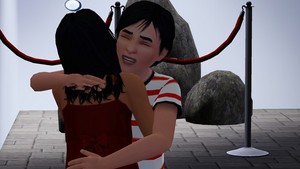 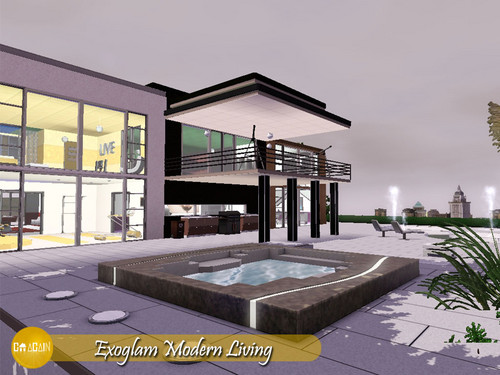 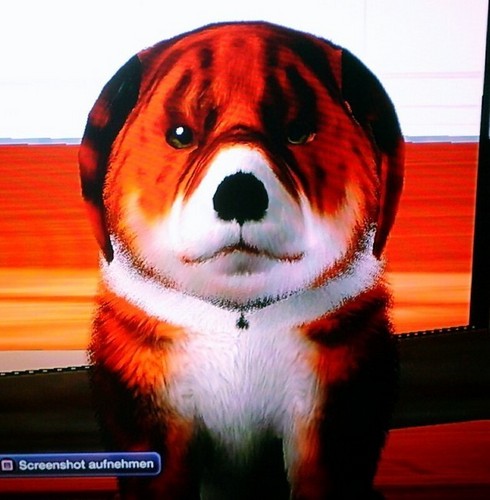