133
Why I l’amour Dean Winchester: A Character Analysis
posted by fanfly

Dean Winchester is one of the greatest characters ever to grace a télévision screen; a three dimensional, dynamic, very real person dealing with extraordinary events. His actions are both believable and relatable. This is in part due to the excellent writers that work on Supernatural, but mostly due to the extraordinary jouer la comédie of Jensen Ackles. The best writers in the world can create the best character in the world, but if toi hand that character over to an inept actor, then the écriture becomes mediocre at best. And the opposite is true as well. Give a talented actor a poorly written character and he can transcend the bad script and make the character plus than the writers could dream. I have seen Jensen do this with other roles(i.e. Dark Angel, Smallville, Devour). Jensen has the range and subtlety to play a complex, multi-layered character with seeming ease, allowing us to share in Dean's pain, anger and happiness.

Dean Winchester is flawed and that makes him perfect. He can be obnoxious, pushy, close-minded, and bullheaded. He can also be brave, fiercely protective, compassionate and steadfast. He can be both incredibly selfless and incredibly selfish, sometimes in the same breath(i.e. All Hell Breaks Loose Part II). No one can relate to a character without flaws and Dean has them aplenty and readily admits it. He doesn't strive for perfection. Hell, he doesn't even think of himself as a hero. He does what needs to be done because there's no one else to do it. Which makes him plus of a hero than anyone who claims to be one.

He's spent his entire life being the strong one, the anchor. Not only for his

younger brother, but to a certain extent his father. He became the mother figure; in his own irascible, flippant way. He is the glue that held them together, the one who never Lost sight of the fact that vengeance was secondary to family. He can be vengeful, but he has limits to what he's willing to do for revenge. The present is plus important to him than the past. His family has always come first with him; he was willing to subjugate whatever dreams ou aspirations that he had to stand par his father's side and be whatever John needed him to be. Because John often left Dean in charge when he went hunting, Dean was forced to create his own way of dealing with his fears. He had no one to assure him that Dad was going to return alive and well, no one to share that burden with, not even Sam. So he reassured himself. He built John up into a superhero, because to face the fact that John was only human would allow Dean's fears to take precedence. And he couldn't afford to be afraid. He had to be the strong one, for Sam. That is the root of Dean's faith in his father. It was the only way he could survive his childhood without giving in to the terror that his father would go on a hunt one jour and never come back. The idea that John always knew best was reinforced, of course, when Sam was endangered because Dean disobeyed his father(Something Wicked).

Since they were children, Dean has put on a Rebelle front for his younger brother. He makes light

of things, so that Sam won't worry. Because of this, it is extremely difficult for Dean to open up about his feelings to anyone, but especially Sam. It goes against his every instinct to let his little brother see him vulnerable. It's his job to take care of Sam, not the other way around. That's just ingrained in Dean. It takes a lot for him admit to his fears, to share his burdens with his brother.
He conceals his issues behind a smartass, gungho, horndog attitude. He takes pleasure in the simple things; food, alcohol, sex, music, his car, and beating the crap out of evil things. If he focuses on these things and not on the larger picture, he can fool himself into thinking that this life is perfect for him. That it's what he would have chosen, if he had ever been donné a choice. The truth is, plus than anything else, Dean wants a family. He wants someone to l’amour and who loves him. John and Sam filled that capacity to a certain extent,

but when Sam went off to school, Dean realized that Sam had other aspirations that didn't include him. Sam wanted something plus than Dean could give him. I think that hurt Dean very deeply, because he's donné everything he has, everything he is, to his family. To realize that it wasn't enough for Sam was very painful. When Sam left for college, Dean felt abandoned. When John left to pursue the demon on his own, Dean felt abandoned all over again. He gives everything to these two people, but sometimes they can't see beyond their own ambitions. Because of this, Dean thinks that he's not as important to them as they are to him.

The way in which John raised Dean fostered insecurities. His father placed a great deal of responsibility on him; he wasn't shielded as Sam was. John drummed into Dean that his job was to take care of his little brother. Of course Dean is going to feel as though Sam is plus important than him. Even when John sacrificed his life for Dean, I believe that Dean still felt uncertain of his love. I think that Dean believes that John died for him so that he could save Sam. Obviously, Sam felt closer to Dean than his own father(Devil's Trap). If they had been left alone together, they would have clashed endlessly and Sam would have felt plus alone than ever and therefore been plus vulnerable to Azazel's influence. It's probable that he would have turned dark. I think Dean thought of that and believes that his father died, at least in part, to save Sam.

Which makes his decision to sell his soul to bring Sam back to life a natural progression. Part of it is that he couldn't go on living without Sam. His family has been the core of his existence for his whole life. He couldn't stand the thought of going on alone. The other part is that he truly thinks that Sam deserves to live plus than he does. It's ingrained in him to put Sam before himself. At that point I believe he thought of Sam as almost saint like and himself as a degenerate sinner. His only redemption would be to sacrifice himself for his brother. In that way, he could pay for all his sins and make up for "failing" his father. In a way, having only a an to

live became a good thing for Dean. It forced him to look at himself and his life and realize that he wasn't completely worthless. His impending doom made him admit to himself that he didn't deserve to go to hell; that his only merit wasn't just protecting Sam. It even forced him to admit that John wasn't faultless; that he was wrong to dump so much responsibility on Dean. Of course, it took him a long time to reach this epiphany and he, in typical fashion, compensated for his fears par jouer la comédie like an ass.
I'm not going to discuss Dean in Season 4, as I've gone on quite long enough and I want to get this published before 4x10. 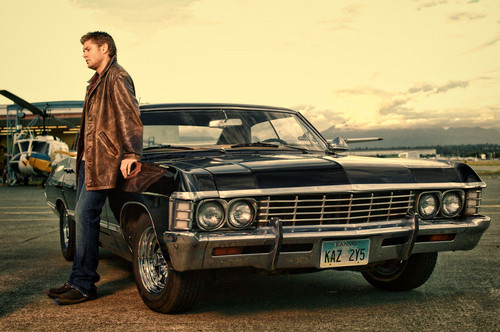 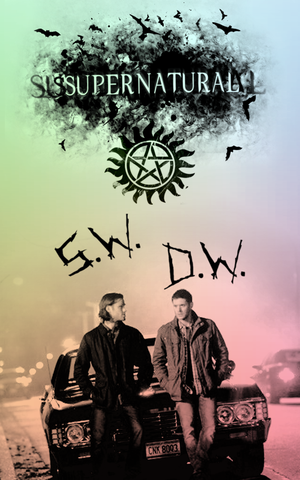 3
Dean and Sam
added by tanyya
Source: blueeyedangel.co.vu
similarities between Charmed & Supernatural
posted by loveDE45
Now I know a lot might not have noticed but as a huge fans of both shows, I noticed that there a lot of similarities between the two shows.

1.both set siblings who fight the evil Supernatural (demons/vampire/evil witches...).

2. both set of siblings save/protect people in the expense of their own lives.

3.both set of siblings Lost their mothers at young age to the supernatural.

5.both younger siblings had visions of the future (Sam) & (Phoebe)

6.both younger siblings went to the dark side/became evil. 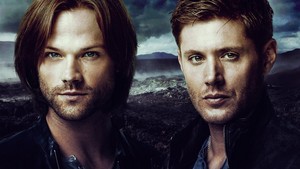 4
Sam and Dean
added by Imzadi76 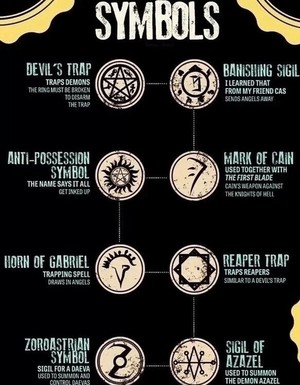 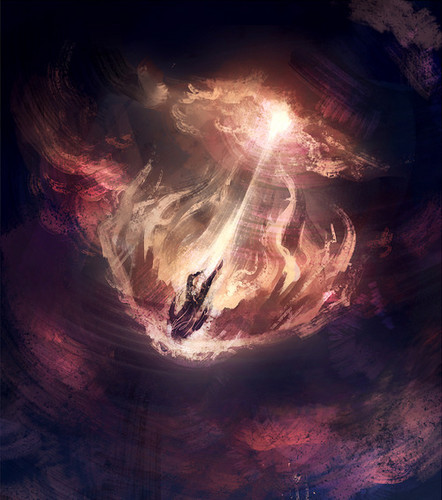 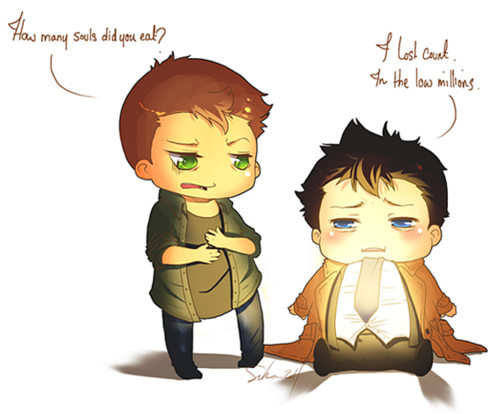 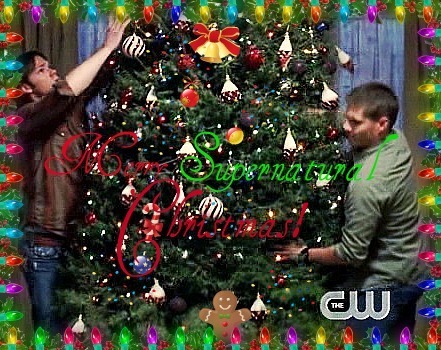 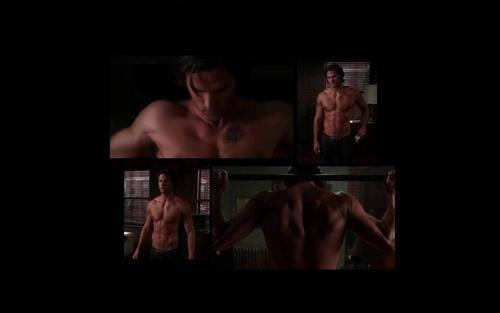 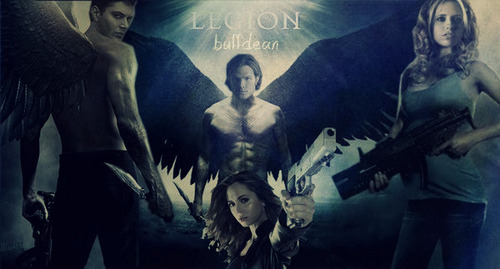 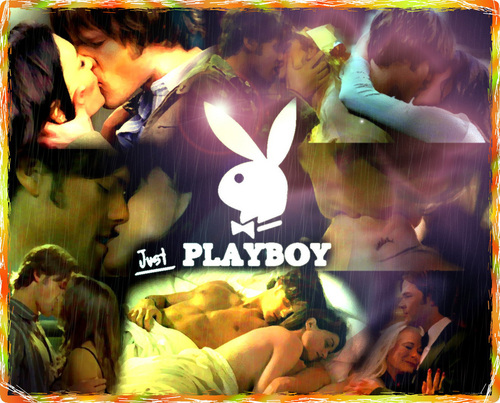 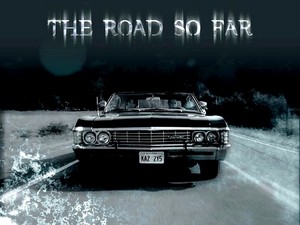 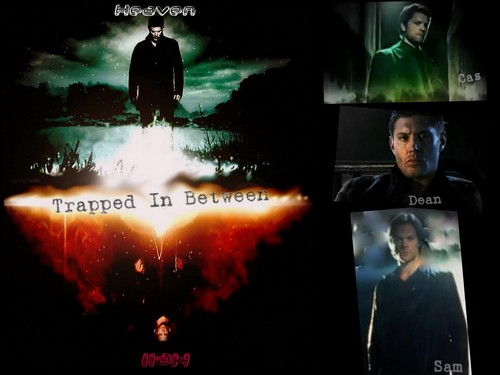 5
In Between Heaven & Hell
added by NoLoser-cret
Source: ME! 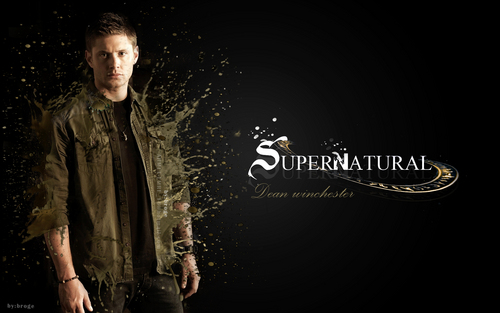 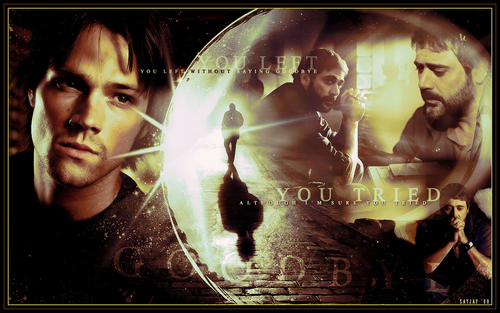 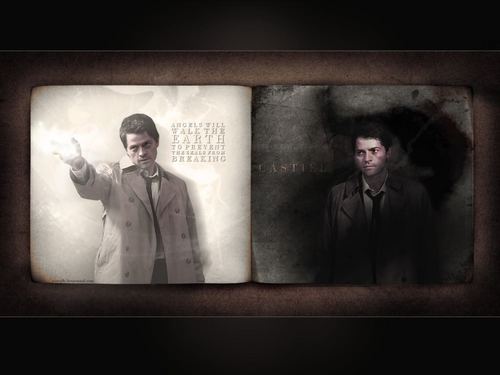 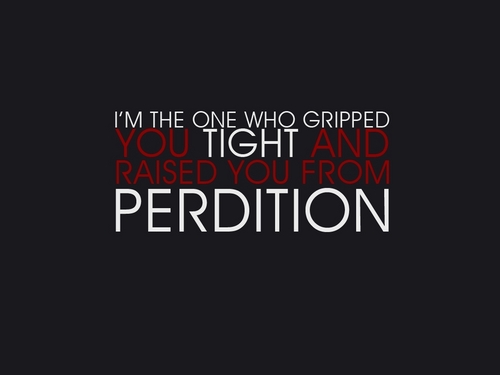