10
Skin citations
posted by Lucia322
Dean:: ...then head south, Bisbee par midnight. Sam wears women's underwear.'
Dean: Well, so toi lie to them?
Sam: No, I just don't tell them...everything.
Dean: Yeah, that's called lying.
Dean: What it sucks, but with a job like this toi can't get close to people, period.
Sam: You're kinda anti-social, toi know that?
Dean: So the neighbours dog went psycho right around the time Zack's girlfriend was killed
Sam: animaux can have a sharp sense of paranormal
Dean: Yeah, maybe Fido saw something
Sam: So, toi think maybe this is our kind of problem?
Dean: No, probably not. But we should look at the security tape just to make sure.
Sam: Yeah.
Dean: Yeah.
Dean: Alright, so what are we doing here 5:30 in the morning?
Sam: I realised something. the video tape showed the killer going in but not coming out.
Dean: So it came out the back door.
Sam: Right. So there should be a trail to follow. A trail the police would never find.
Dean: 'Cause they think the killer never left, because they caught your friend inside still don't know that we're doing here at 5:30 in the morning...
Dean: Hey! Remember I a dit this wasn't our kind of problem?
Sam: Yeah
Dean: Definately our kind of problem.
Sam: So watcha find out?
Sam: Lemme ask toi this. In all this shapeshifter lore, can any of them fly?
Dean: Not that I know
Sam: I picked up a trail here. Someone ran out the back of this building and headed off this way
Dean: Just like your friend Zack's house.
Sam: Yeah. And just like Zack's house, the trail suddenly... ends. And whatever it is, it just disappeared.
Dean: Well, there's another way to go.. down.
Dean: toi know what? I just had a sick thought. When the shape shifter changes shape maybe it sheds.
Sam: That is sick.
Dean: I hate to say it, but that's exactly what I'm talking about. toi lied to your Friends because if they knew the real you, they'd be freaked. It's just... It'll be easier if...
Sam:...I was like you.
Dean: salut man, like it ou not we're not like other people. But I'll tell toi one thing. This whole gig...it ain't without perks.
Dean: I think we're close to its lair.
Sam: Why do toi say that?
Dean: 'Cause there's another puke-inducing pile suivant to your face.
Sam: Don't move! What have toi done with him?
Shapeshifter as Dean: Dude! Chill! It's me, alright?
Sam: No. I don't think so. Where's my brother?
Shapeshifter as Dean: You're about to shoot him. Sam calm down.
Sam: toi caught those keys with your left. Your shoulder was hurt?
Shapeshifter as Dean: Yeah, it's better. What do toi want me to do, cry?
Sam: You're not my brother.
Shapeshifter as Dean: Why don't toi pull the trigger then? 'Cause your not sure. Dude! toi know me!
Sam: Don't...
Shapeshifter as Dean: He's sure got issues with you. toi got to go to college. He had to stay accueil - I mean, I had to stay accueil - with dad. toi don't think I had dreams of my own? But dad needed me. Where the hell were you?
Dean: That better be toi Sam and not that freak of nature.
Sam: Yeah, it's me. He went to Becca's house... Looking like you.
Dean: Well he's not stupid, he picked the handsome one.
Sam: Come on! We gotta find a phone, call the police.
Dean: Whoa! Whoa whoa whoa! toi gonna put an APB out on me?
Dean: Man! That's not even a good picture!
Sam: It's good enough.
Dean: But first I want to find that handsome devil and kick the holy crap out him.
Sam: We have no weapons, no silver bullets.
Dean: Sam, the guy's walking around with my face ok? It's a little personal, I want to find him!
Sam: The car?
Dean: I'm betting he drove over to Rebecca's.
Sam: The news a dit he set out on foot. I bet its still parked there.
Dean: Augh! The thought of him driving my car!
Sam: Oh come on!
Dean: It's killing me!
Sam: Let it go.
Dean: Ah ha! There she is! Finally something went right tonight. Dean: Ah crap.
Shapeshifter as Dean: Even when we were kids, I always kicked your ass!
Dean: Sorry man.
Sam: About what?
Dean: I really wish things could be different toi know? I wish toi could just be... Joe College.
Sam: Nah, it's ok. toi know, the truth is even at Stanford, deep down I never really fit in.
Dean: Well that's 'cause you're a freak.
Sam: Yeah, thanks.
Dean: Well, I'm a freak too. I'm right there with you... All the way.
Sam:Yeah, I know toi are.
Dean: toi know I gotta say... I'm sorry I'm gonna miss it.
Sam: Miss what?
Dean: How many chances am I gonna have to see my own funeral?
punkrokmom62, vicktz and 8 others like this 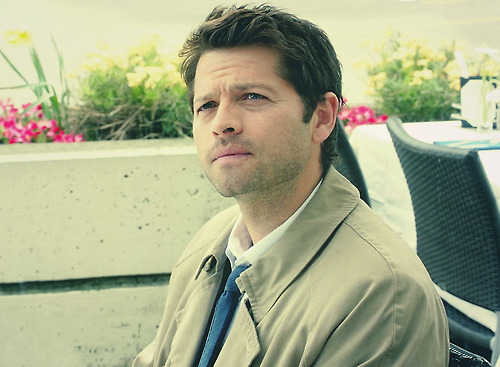 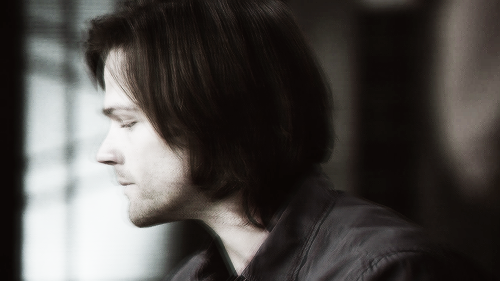 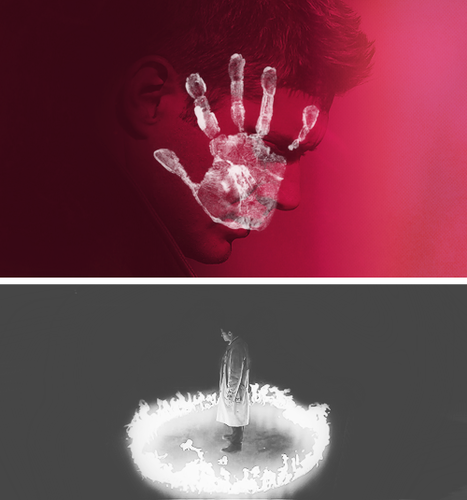 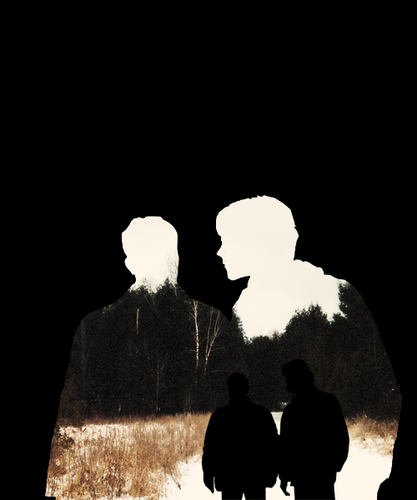 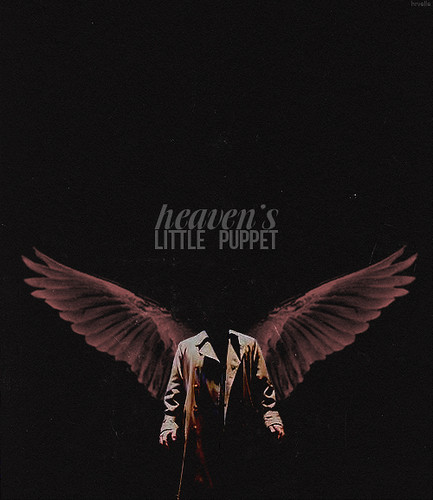 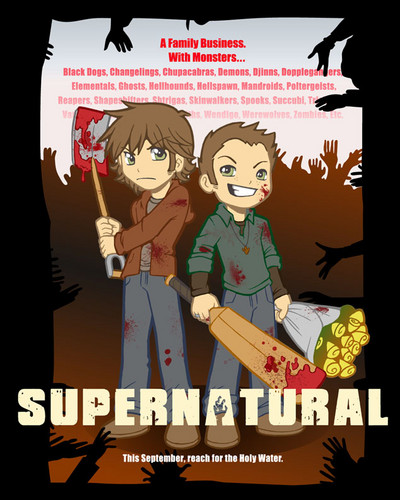 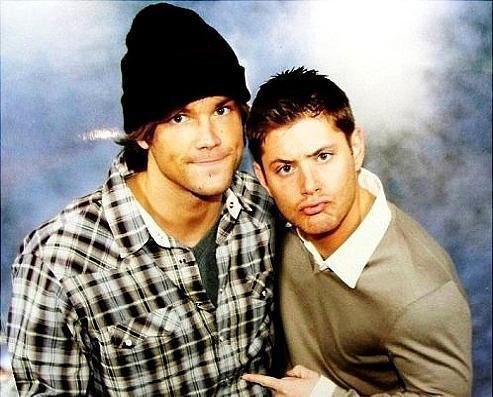 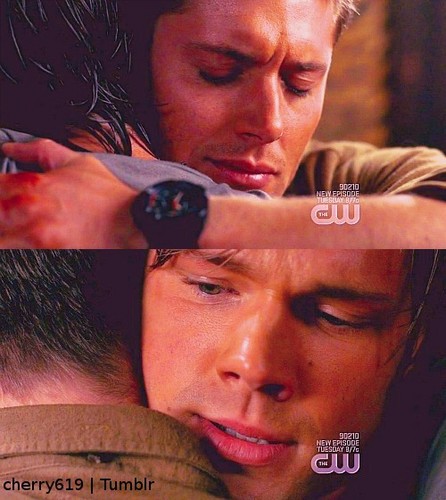 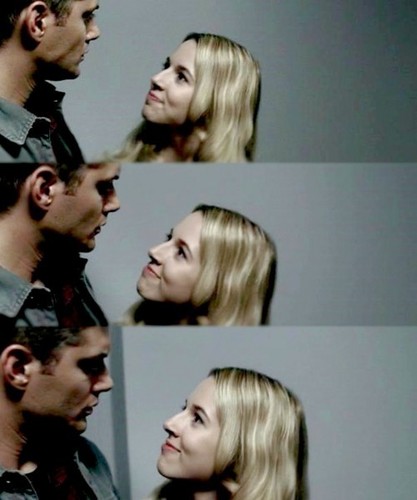 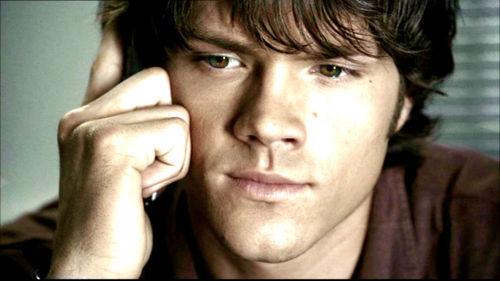 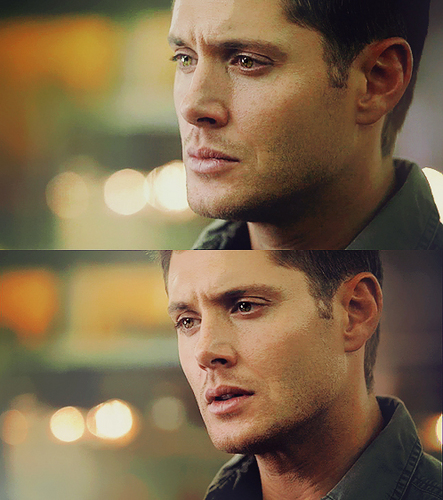