5
Supernatural Memorable Moments- Season 1
posted by rokocharm
Heyo, hope toi guys are doing well. I’m still working on part 2 of analyzing Dean Winchester; it’ll be coming up soon. In the mean time, let’s take a ride back to the beginning. I’ve made a liste of memorable, funny and sometimes bittersweet moments that are not as well known (I did not add any of the ‘popular’ ones for this list) for toi to enjoy. There’s a slight explanation under each one, just so toi know why it made this list. BTW I got these from Supernatural wikiquote, and I’ve included the episode just in case toi wanted to revisit the episode. Happy lire ☺

1.    Dead In The Water [1.3]
Dean: You're scared. It's okay, I understand. See, when I was your age, I saw something real bad happen to my mom, and I was scared, too. I didn't feel like talking, just like you. But see, my mom - I know she wanted me to be brave. I think about that every day. And I do my best to be brave. And maybe...your dad wants toi to be brave, too.

Insight on Dean, we don’t get that much do we? But I feel like it tells us why he puts on a Rebelle bravado in front of others.

2.    Phantom Traveler [1.4]
Dean: Did toi get any sleep last night?
Sam: Yeah, I got a couple of hours.
Dean: Liar. See, I was up at 3 and toi were watching George Foreman infomercials.
Sam: What can I say? It's riveting TV!
Dean: When's the last time toi got a good night sleep?
Sam: I don't know. A little while, I guess. It's not a big deal.
Dean: Yeah it is!
Sam:Look, I appreciate your concern...
Dean: Oh, I'm not concerned about you. It's your job to keep my cul, ass alive! So I need toi sharp. Seriously, toi still having nightmares about Jess?

A bittersweet brotherly moment. Dean is actually really worried about Sammy, who is not getting much rest since Jessica. D’awww Dean, we all know toi care :’)

Sam: Alright it's time for plan B. We're getting on that plane.
Dean: Wha… what? Hang on a second—
Sam: Dean, that plane is leaving with over a hundred passengers on board, and if we're right, that plane is gonna crash.
Dean: I know.
Sam: Well, okay. We need to get on the plane, we need to find that demon and exorcise it. Look, I'll get the tickets and toi just go get whatever toi can from the trunk, whatever will get past security, and meet me back here in five minutes. [Dean looks shocked] toi okay?
Dean:No, not really.
Sam:What? What's wrong?
Dean: Well, I kinda have this problem with, um... [makes the movement of plane taking off with his hands]
Sam: Flying?
Dean: It's never really been an issue until now.
Sam: You're joking, right?!
Dean:Do I look like I'm joking? Why do toi think I drive everywhere, Sam?
Sam: Alright, uhh… I'll go.
Dean: What?!
Sam: I'll do this one on my own.
Dean: Are toi nuts? toi a dit it yourself, that plane's gonna crash.
Sam: Look, Dean, we can do it together, I can do this one par myself. I'm not seeing a third option here.
Dean: Come on! Really? Man...

This moment is just pure hilarious. Dean’s on edge, who would have thought he’d be afraid of flying? The actors do a great job in this scene, its gold.

4.    Bugs [1.8]
Dean: Sam, Dad was never disappointed in you. Never. He was scared.
Sam: What are toi talkin’ about?
Dean:He was afraid of what could’ve happened to toi if he wasn’t around. But even when toi two weren’t talkin’…he used to balançoire, swing par Stanford whenever he could. Keep an eye on you. Make sure toi were safe.
Sam: What?
Dean: Yeah.
Sam: Why didn’t toi tell me any of that?
Dean:Well, it’s a two-way street, dude. toi could’ve picked up the phone.

Dean reveals a little about his father here. And about himself. We don’t get that often. And toi should see the look on Sam’s face when Dean tells him this.

Brotherly moment to the max ☺

Despite Sam’s apprehension at stealing, Dean’s reaction is priceless.

Dean: Hold me, Sam. That was beautiful.

Dean doesn’t want to let Sam know he’s worried. Because that would make Sam even plus worried if big bro is scared. D’awwwww :’)

Dean: ‘Cause you’ve got one advantage that Max didn’t have.
Sam: Dad? Because Dad’s not here, Dean.
Dean: No. Me. (He smiles.) As long as I’m around, nothing bad is gonna happen to you.

Dean, do toi want to be my big brother?

9.    The Benders [1.15]
Dean: Don't ever do that again.
Sam:Do what?
Dean: Go missing like that.
Sam: toi were worried about me!
Dean: I'm just saying, toi vanish like that again and I'm not looking for you.

We know toi will Dean, we know.

10.     Shadow [1.16]
Sam:Did toi get anything...besides her number?
Dean:Dude, I'm a professional. I'm offended that toi would think that (smiles and chuckles as he displays a napkin with her phone number)...All right.
Sam: toi mind doing a little thinking with your upstairs brain, Dean?

Aha! Sam doesn’t have as many moments as Dean, but he’s funny in his own right.

Dean:Why don't toi go up and deliver a private strip-o-gram?
Sam: Bite me.
Dean:Oh no, Bite her. Just don't leave any teeth marks, just to the point where... (Sam hangs up) Sam?

Dean: Why do toi think I drag toi everywhere? Huh? I mean, why do toi think I came and got toi at Stanford in the first place?
Sam: ‘Cause Dad was in trouble. ‘Cause toi wanted to find the thing that killed Mom.
Dean: Yes, that, but it’s plus than that, man. You, me, Dad. I want us to be together again. To be a family again.
Sam: Dean. We are a family. I'd do anything for you. But things will never be the way they were before.
Dean:Could be.
Sam: I don't want them to be. I'm not going to live this life forever. Dean, when this is all over, you're gonna have to let me go my own way.
(Dean looks sad)

Dean just wants his little brother back. He doesn’t care about anything else. Even though they are just hunting, their bond transcends all barriers. And Sam will come to realize this…

I know this is a populaire moment, but I cannot resist. The moment is absolutely hilarious.

Everybody loves a kid with humour.

Michael: toi a dit you're a big brother.
Dean: Yeah.
Michael: You'd take care of your little brother? You'd do anything for him?
Dean: (glances back at Sam) Yeah... I would.
Michael: Me too. I'll help.

D’awwwwww take care of me too, Dean ☺

Sarah: So, why did the girl do it?
Sam: Killing others, killing herself. Some people are just born tortured. So when they die, their spirits are just as dark.

Dark line, reminds us that not everyone has the luxury of peace. Peace in their mind that is.

Kudos to big brother Dean on saving Sammy when his head isn’t on straight.

Dean: Sam, I wanna waste it. I do, okay? But it’s not worth dyin’ over.
Sam: What?
Dean: I mean it. If huntin’ this demon means toi gettin’ yourself killed, then I hope we never find the damn thing.
Sam: That thing killed Jess. That thing killed Mom.
Dean: toi a dit yourself once….that no matter what we do, they’re gone. And they’re never comin’ back.
Sam: Don’t toi say that! Don’t you—not after all this, don’t toi say that!
Dean:(emotionally) Sammy, look….the three of us—that’s all we have. And that’s all I have. Sometimes I feel like I’m barely holdin’ it together, man. Without toi and Dad….

15.    Devil's Trap [1.22]
Dean: Listen, toi mind just getting this over with, because I really can’t stand the monologuing.
John (possessed): Funny, but that’s all part of your MO isn’t it? Mask all that nasty pain, mask the truth.
Dean: Oh yeah? What’s that?
John (possessed): toi know toi fight, and toi fight for this family, but the truth is, they don’t need you, not like toi need them. Sam, he’s clearly John's favorite. Even when they fight its plus concern than he’s ever shown you.
Dean: I bet you’re real proud of your kids too huh? Oh wait, I forgot, I wasted them.

Azazel is exposing Dean here, and I’m sure it hurts. But poor Dean can refute it. Because he knows deep down…its true.

And that’s it for season 1! Despite it ending on such a dark note, I hoped toi enjoyed it. I’ll be working on the suivant seasons soon.
huntress79, clules11 and 3 others like this
mehroj Cool! Cool! Cool! :D Just one thing, i felt, John never compared the 2 boys. He loved them equally... he could never choose between the 2 if both of them would about to die... i'm 100% sure (i Hope!)
rokocharm aha i know John loved his boys, but somehow, i kinda felt that Sammy was...I don't know, his favourite? As bad as it is, some parents can't help having a favourite child, it doesn't mean they love the other child less. I don't want to upset any other fans, but thats kind of the vibe I got from John.
huntress79 Great article, can't wait for the other seasons, and with Dean, you can read so much between the lines that you have to watch some episodes several times to get it right 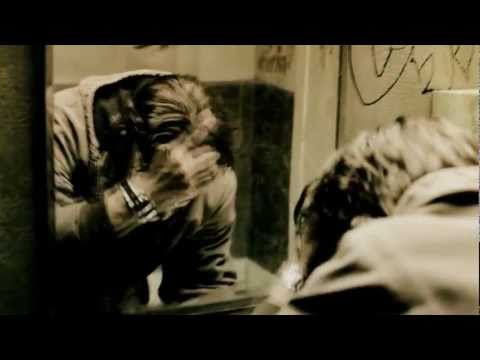 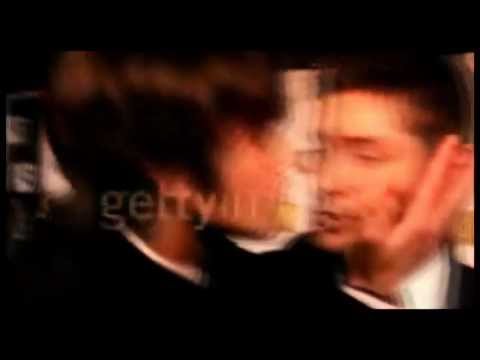 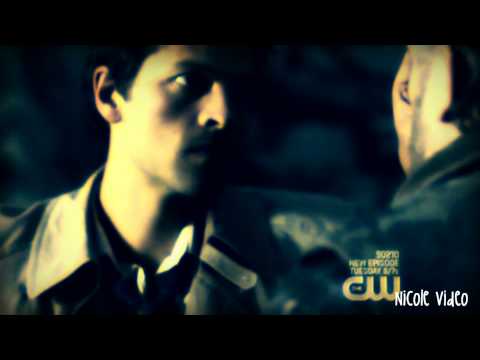 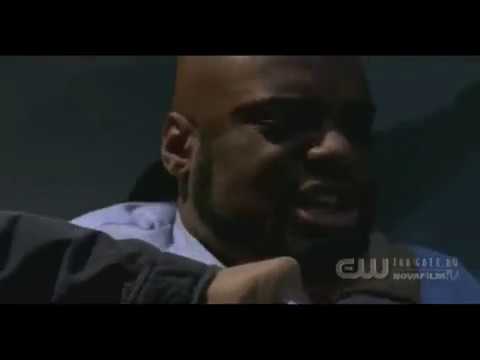 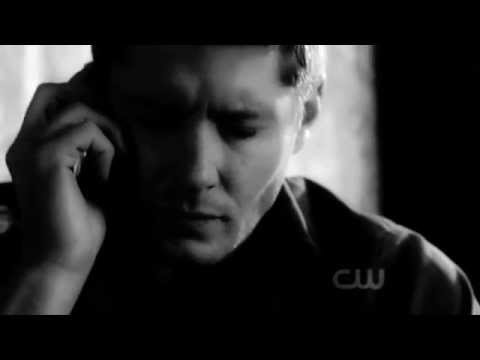 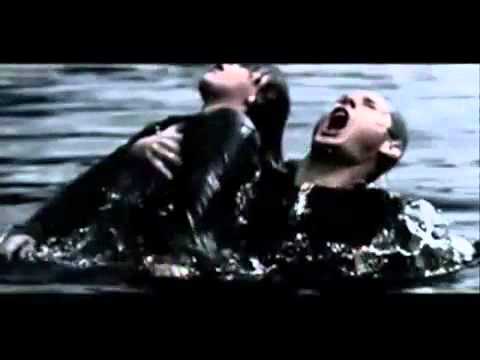 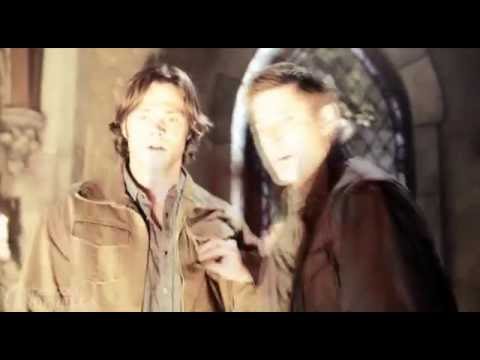 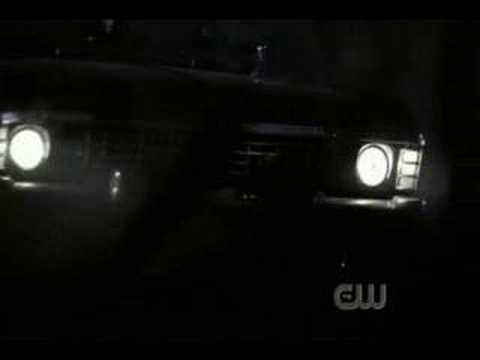 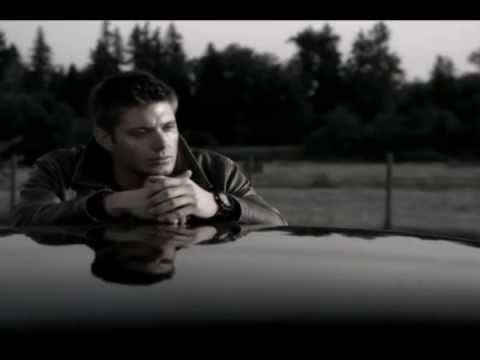 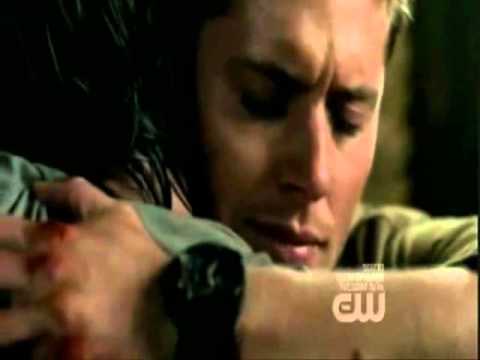 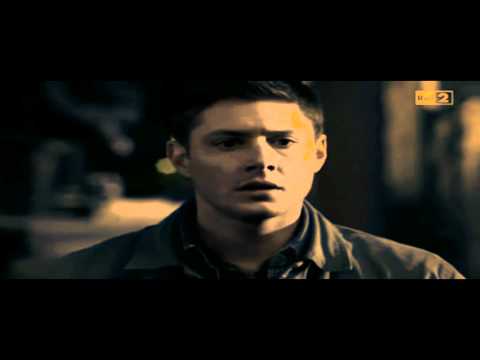 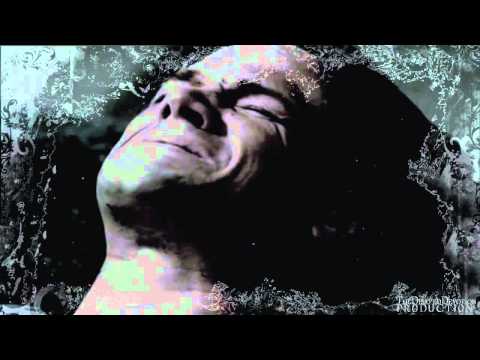 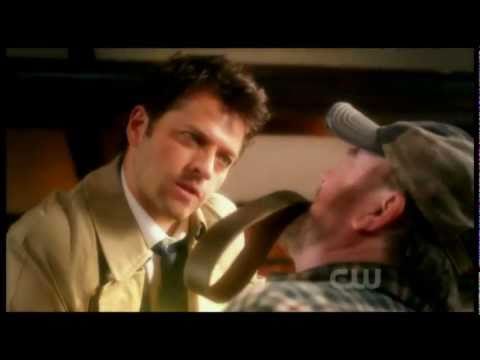 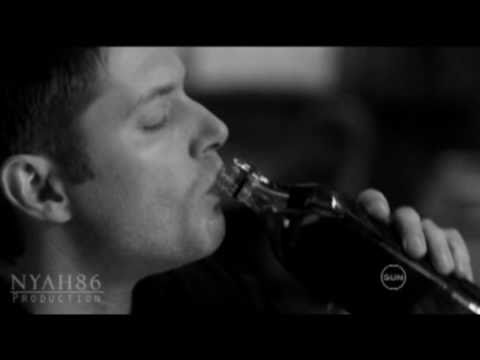