My personal haut, retour au début ten sonic final boss fights
posted by Mapware3640
Hm...?Oh,why hello.It's your friendly neighborhood spid--er,Mapware3640(Please call me Matt) Trying something a little different.Seeing I'm still currently doing some edits to episode three of the MTL reboot,I guess I could take a little break to have a little fun.So what's the fun subject we are talking about?Final bosses,but seeing this is the sonic fan characters fan club,SONIC FINAL BOSSES...SO PREPARE YOURSELVES FOR MY haut, retour au début TEN PERSONAL favori SONIC FINAL BOSS FIGHTS!The rules are simple,the liste allows both fake and hidden final bosses,this obviously contains spoilers out that ass,so read at your own risk...oh,and one other thing:I see this a lot on Youtube comments,but just to make sure this doesn't become an issue here,No "WHY ISN'T THIS BOSS HERE!?" it's my damn list...so let's get started,Shall we?

#10.Egg dealer(Shadow the hedgehog for the Nintendo game cube)

"YOU KNOW WHAT THEY SAY,THE plus THE MERRIER!!!"*sigh*Barely hitting the bottom of this liste is the egg dealer from shadow the hedgehog...it's a very creative idea,but eggman NEVER shuts the hell up.I know this is a cliche complaint,but it gets on your nerves after awhile.Now I have a dit before I had mixed feelings for the game shadow the hedgehog,I REALLY wanted to like this game...however many of errors made it hard.I only did one play through and this is the final boss I got,I'll spare toi on the plot details,but something about shadow androids...eh...*ahem*as for the boss fight itself...it's creative.I'll give it that,you have to chase ol' baldy mcnosehair down and his the button on the machine...it's pure luck on what toi get(well at least for me)so it can either help toi ou hinder you...either way,If I had fully finished sonic adventure 2,then it's final boss would be on here instead of this...moving on to #9.

Another boss that has eggman's never shutting the hell up syndrome.but I like this one a bit more.This time eggman busts out the big pistolets and is ready to montrer us his moves...though this boss kinda got on my nerves,I just plain l’amour sonic Heroes and it's teamwork concept...however this boss...eh....could of went a bit better and yes,I know this isn't the true final boss.However I really never get past this part because I either get frustrated and rage quit ou shoot the screen a bird and shut it off.However on a plus positive note,this battle was executed better on the 3DS version on sonic generations...However we are not talking about that game...yet.*wink*Moving onto #8.

Ah,Now here is a battle that all true warriors strive for,again,I know it's not the real final boss...However I always liked this one more.the atmosphere is pretty fitting during this battle...as the two dimensions collide,everything is breaking up as toi see scraps of metal fly up into the air...you know shit is about to go down at this moment...Now who toi battle really depends on who toi pick...The battle is basically the same either way,however the couleurs scheme of the robot is different.All toi got to do is wait for an opportunity to climb up it's arm and hit the egg mobile...and the musique is pretty badass and fitting for the moment.

#7.Super ix(Sonic chronicles the dark brotherhood for the Nintendo DS)

I actually count the précédant battle with ix before he makes his transformation a part of this battle...not much to say here seeing that this is from a RPG and there is plenty of methods of wearing him down...the only I should point out is how the final scene was a giant quick time event...but it was pretty fantastic...

I have played both versions of sonic generations,However I like this version better.Aside from I don't have to listen to "ITSA HOMING SHOT!" in the 3DS version and it's a lot easier.you are playing as both classic and modern super sonics,the battle constantly switches between a 2D and 3D perspectives,the time eater shoots HOMING SHOTZ OF DEATH at you,huge freakin' lasers,these weird clock barriers that knock toi back,and it'll try to grab toi and throw toi back...so basically all toi have to do is homing attack this thing on it enough times before your can deliver a finishing blow.Pretty epic stuff.

#4.The dark queen(Sonic and the black knight for Nintendo Wii)

...Poor Merlina,she only wanted to keep the kingdom from meeting the inevitable crushing heel of death...so basically the battle toi play as this really badass super sonic-esque type in knight armor(I forgot the name of this form,give me a break)...It's been a while since I played this battle so I kinda forgot how to fight her,I think toi have to wait until your energy bar thing fills up a bit and unleash some sword attacks...while a really badass crush 40 song plays in the background.

Morpha from legend of zelda ocarina of time,eat your cœur, coeur out.THIS IS HOW TO BE A BADASS BOSS!This battle,THIS BATTLE RIGHT HERE HIT THE NAIL ON THE HEAD!Just think about it:Your a super powered hedgehog,fighting a giant freaking water dragon who is basically the god of destruction...while a badass crush 40 song plays in the background!Now I know sonic generations included this battle in the xbox 360 version,however it's kinda watered down in comparison to the original.Basically,all toi gotta do is ram it at full speed...but don't think it's going to be easy,chaos is like "HELL NO" and basically shoot lasers at you.pretty fantastic battle indeed...however there is two plus to come.

I have played both versions of sonic colors,DS version of this final boss disappointed me a bit,however this wii version...whoa...it was epic.So it's basically a chase battle,you chase eggman down this long pathway,the musique got epic...and baldy gots himself some wisps at his disposal,basically all toi have to do is beat the wisps out of his machine,then unleash the UNLIMITED COLOR BLASTER and make baldy mcnosehair TASTE THE RAINBOW!really this battle is ridiculously easy(at least for me)though is very epic and fun...and that satisfying finisher scored it extra points.LASERS!CUBE!DRILL!ROCKET!FRENZY!SPIKE!BURST!VOID!UNLIMITED COLOR BLASTER!

#1.The Death Egg Robot(Sonic the hedgehog 2 for Sega Genesis)

(Remember,MY OPINION!)
Nostalgia...the ultimate triumph card...before this became a pushover in generations and sonic 4,this was a huge challenge.you see...sonic the hedgehog 2 was the very first sonic game--scratch that,the very first video game entirely I ever played.I remember how I use ALWAYS to drown in chemical plant zone as a kid,I was NEVER able to get past chemical plant zone...however many long years later,I came back to the game as a young adult...(this was last year.XD)I was ready to finish this game that took me 12 long years of trial and error to defeat...so I played and to my surprise,got past chemical plant zone,So I blast processed my way through all the zone until I made it to...the death egg zone.Blown away par the fact that I actually made it that far,I was eager...so after a short battle with silver sonic,I chased eggman down(HOW DOES HE RUN SO FAST!?HE OUTRAN SONIC!XD) and he jumped in his mech...he emerged...the musique began...I was ready.carefully timing my attacks when there was an opening and dodging his lock on stomp attack and rocket fist,I finally smacked the final nail in that coffin,as I watched that final cutscene as sonic fled the exploding death egg to be saved par tails...I sat back watching the ending,a job well done...a game that took so long to beat...was finally over,I sat back feeling like king....as the credits rolled...it was truly a thing of beauty.*sniff*

Anyway,I hope toi guys enjoyed,if toi like,list your favori final bosses in the comments.
cam98koy what about the sonic vs shadow boss in SA2 or generations.
Mapware3640 FINAL boss,not regular bosses.
cam98koy Egg emperor, Egg dealer, and sonic versus shadow were final bosses for the games.without going super.
Mapware3640 Oh...whoops,My bad.I was thinking of the biolizard,I never fully finished adventure 2(I have seen a couple of let's plays on it)the only reason sonic vs shadow isn't on here is basically because I'm only including bosses from sonic games I've beaten at least once.
cam98koy Oh, and question have you gotten the 7th emerald in heroes.
Mapware3640 No,sorry.I don't always do a full emerald run in sonic games because 9 times out of 10 the special stage annoys me.
cam98koy So true.
Mapware3640 yup
tailslover9 Haha, the Sonic Colors' final boss was way to easy! I loved it anyway! XD
Mapware3640 It's epic.^^
1
Depressed Herat episode 3 part 2
posted by NickleBackFan 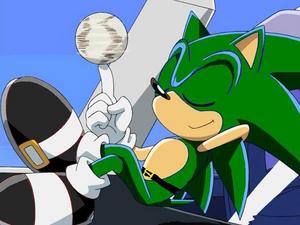 Bullet ^ ^
"Does that look right?" Olley a dit as he handed the mood changer to Rocket. Rocket looked at it for a little. "Yeah looks good but i guess we won't know until we use it on Bullet huh." Rocket said. Carter walked in and Rocket accedently pulled the digger. The rayon, ray hit Carter and he flew agaisnt the wall. "DAD!" cried Rocket as he ran over to him. Carter sat up and shook his head. "Dad are toi ok?" Rocket asked. "Actally for the record i feel quite disabled." Carter said. Rocket looked at him. "Uhh dad i am alittle smarter than toi and i still get all of that." Rocket said. Carter looked back...
continue reading...

2
Silhouette the Hedgehog icone
added by tailslover9
Source: Me 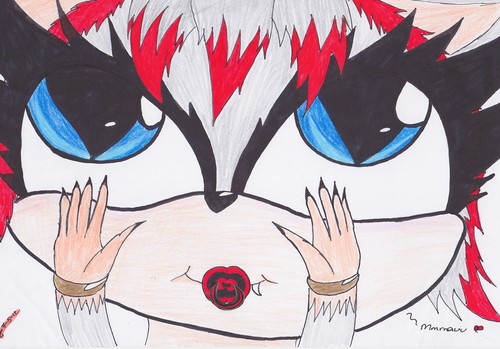 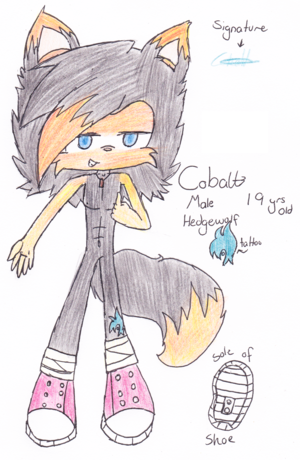 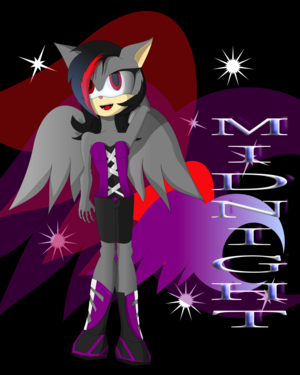 3
Midnight for sonicnmlpfan122
added by TakTheFox
Source: ME! THE AIR! PIE! 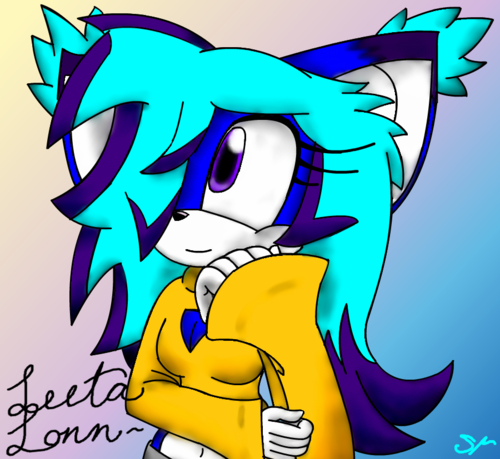 3
Leeta Lonn
added by GuardianKeys
Source: -Leeta- for leting me draw her FC, me 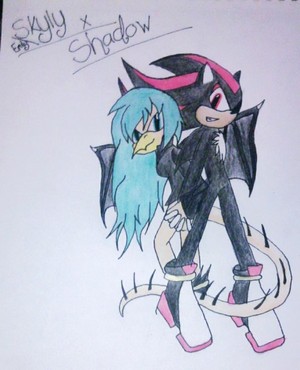 Me and my best bud alose, shad :3
added by AlbinoWolf2141
1
Loner Days: Sequence Seven
posted by TakTheFox
“What is the occasion, commander?”

“A secret invasion of Gei Si Heir is under way and I was told toi have resources for us?”

“You needed to see me personally to acquire hardware?”

“Specifics. I need stealth-based soldiers with power. We are going to have a small fleet and advanced units are mandatory to eliminate a specific opponent. We need something that can neutralize a regenerator.”

“Does that mean toi have something for us?”

“Many. I will load up your carriers with what toi need, but you’ll need a spear-head; a living...
continue reading... 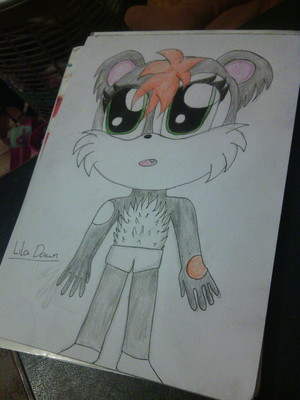 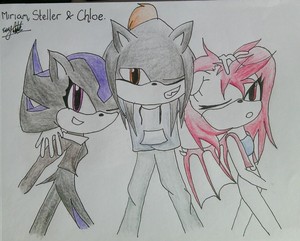 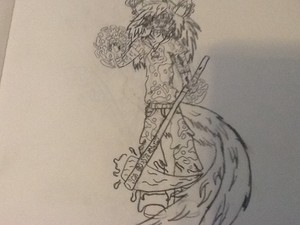 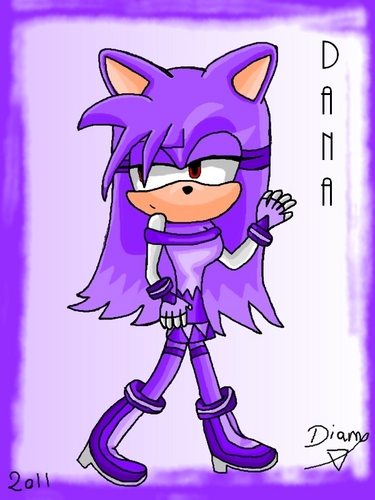 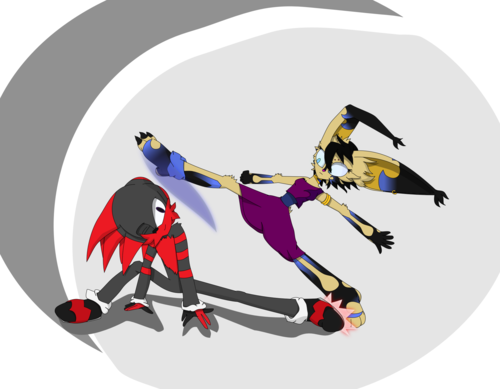 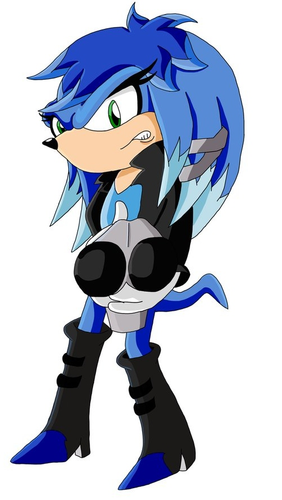 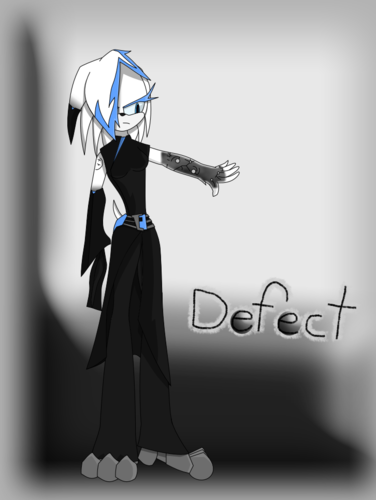 1
Character for Emo-Bunny Contest "Defect"
added by TakTheFox
Source: ME! THE AIR! PIE! 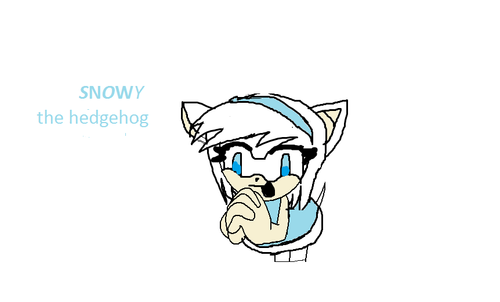 (im not very good so i used a base sorry) to emo bunny
added by blossom1111
Source: character is mine base is ?s 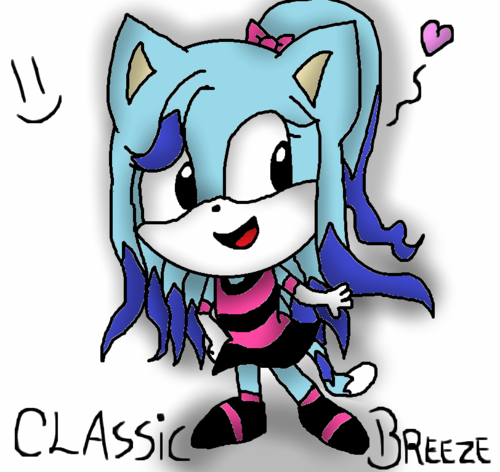 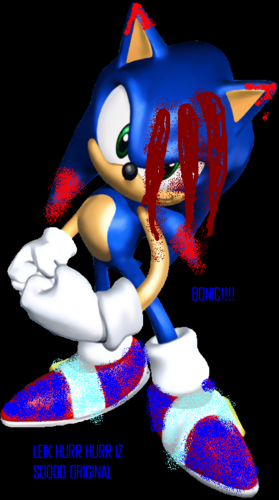 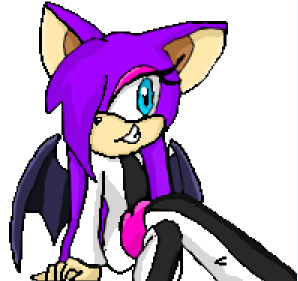 Recolored from Rouge.
Name: Tech
Gender: Female
Species: Bat
Personality: Despite Tech's high IQ, she is extremely bashful and often makes mistakes (but are never to do with electronics, plus about talking in conversations etc.) and will usually respond to making mistakes with rubbing the back of her head and saying "Oops". Her bashfulness and childishness is one of her main character traits, the other being she is very cheerful most of the time. Some would say her personality is basically Tails' personality except strangely plus bashful and childish.
Other info: IQ of 298, extremely in l’amour with Sonic the Hedgehog.
More Cards
1234567891011