1
Roc's Lover: Ep 24 The Angel and The Demon
posted by Rock-n-Rollin
That night, Roxanne was outside. She was still thinking about Charlie. Charlie appeared.
Charlie: Why are toi outside?
Roxanne: Was just thinking about you.
Charlie: Oh. I gotta tell toi something.
Roxanne: What?
Charlie: toi know that toi have super powers?
Roxanne: Yea.
Charlie: You're not superheroes......you're an angel.
Roxanne: An angel?
Charlie: Yes.
Roxanne: Are toi sure?
Charlie grabbed her hand.
Roxanne: What toi doing?
Charlie: Just watch.
Charlie and Roxanne disappeared. They appeared on the clouds.
Roxanne: I must be dreaming....
Charlie: You're not.
Roxanne touched her back, and felt Angel wings....
continue reading...
8
l’amour and hate episode 4 part1 ( roc royal imagine)
posted by gottalovemb2 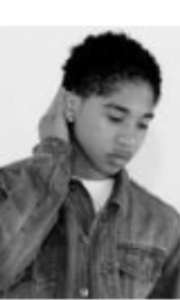 Roc: I wanted to know if toi wanna walk on the beach.

Yn: awe romantic I will l’amour that what time.??


Me: rose dress no

They couldn't stop talking they went to a Candy store
rides and more.

They watch films talk plus laugh
and they had plus special...
continue reading...
1
questions bout mindless behavior
posted by hellobabby23
salut fans of MB, like serious come on now wood u rather hav Prodigy do u in the bed, ou Princeton the reall cutie of MB bang u hard and make u go accueil beggin 4 plus like and wat bout Rayray and RocRoyal. first thing about Roc he has big gooo MMMMMMMMMMMMM good lips that u wanna Kiss alday his big thick juicey lips girls pay attention on those lips cuz thats the only thing comin from him ou maybe plus MDR :-). oooooo talk about rayon, ray he's da one u wanna joke around wit, but also u never kno he might be hot in da lit never kno ok the for now
hi im hello babby23 look me up on fanpop any questions bout MB and i will answer.
question bout Mb; if u ever saw mb at the mall wat wood u do wood u talk wit ou wood u grab one of them and ask to do it in the bathroom?
3
my l’amour for roc royal ♥♥♥
posted by Lilmsroc 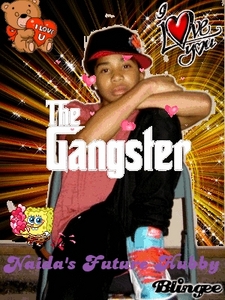 One jour my sister and cusin were listening to a song named my girl par mindless behavoir (group members prodigy,roc royal ,ray rayon, ray ,and Princeton ) I listen and I like the song but I googled all the members First prod than princ the rayon, ray than for last roc they were all cute but roc royal was the cutest and I was 8 And I dreamed about him and salut was just the l’amour of my life and and …………im still in l’amour with him♥♥♥♥♥♥ 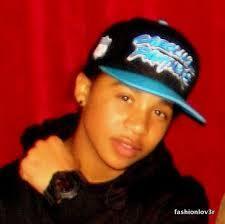 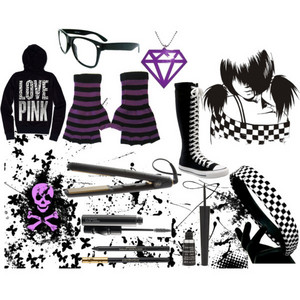 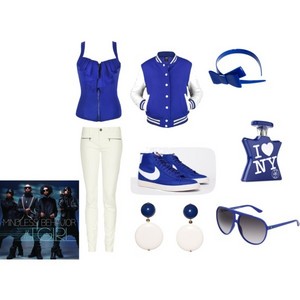 Tassy was wearin thiis!
Tassy:cmon nae were gonna be late!(btw im Tassy!)
Nae:im comin
Tassy:not 2 fastly!*start the car up*
Nae:icnt belive we are at the mb concert!*walkin in 2 the concert*
Tassy:ikr *liddo scream*
SM:(stage man)r u ready 4 mindless behavior!
Fans:*screaming loudly*
TASSY:OMFG LOOK AT ROC ROYAL!
Nae:look at princeton hes so cute!
Tassy:i l’amour yu roc *he makes a cœur, coeur at her*
Nae:princeton i l’amour yu*he makes a cœur, coeur at her *
Narroter:its after the concert and Tassy n Nae was gonna leave but roc royal caught them and told them 2 follow him
Nae: where is he takin us?!?
Tassy: wait i think hes takin u back stage! she whispered
Roc royal: salut so we caught yu guys so we cn hang out!
part 2 comin soon!=) 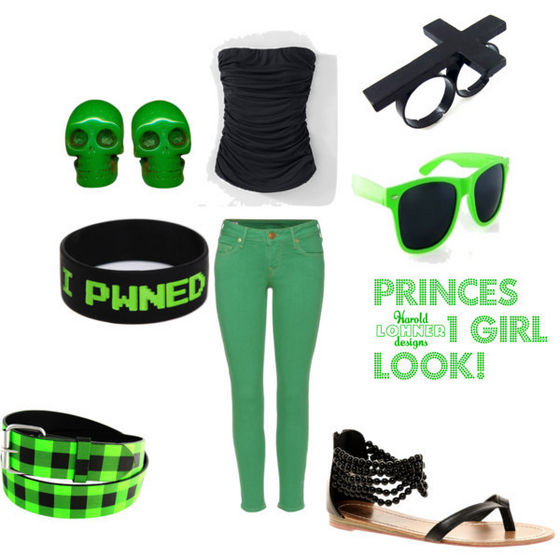 Nae was weari thiis!
6
Roc Imgine
posted by its_kristi_rae
Today was such a dull day. It was storming really bad today. Every time toi look outside lightening strikes scaring toi to death. And then a loud boom of thunder would shake you. It seemed like every heure that passed it got darker outside. And of course you're highly afraid of the dark. What makes it even worse is that Roc wanted toi to watch Dracula, the scariest movie of all. Luckily toi had Roc there to keep toi safe. toi were curled deep into Roc's arm. Roc got up to fix him something to drink. Weird this is though he went outside. And toi could have sworn toi heard a cat scream. but you...
continue reading...
who did what..?.
posted by tyethugginhard
*MEET ND GREAT*
.......Taja and her friend Tamara are going to the meet nd greet today...

Taja: Tamara look at Roc sexy ass
Tamara: Yeah yeah were is prince?
Taja: Over there witt Prod
Tamara: oh....HEY PRNCETON COME HERE I GOTTA ASK toi SOMTHIN BOY COME HERE.
Taja: Tamara WTF toi yellin 4 he aint listenin to you....you aint his only fan here toi no.
Tamara: He comein overe here aint he.....okay then.
Princeton:Hey.....what did toi want beautiful...whats your name?
Tamara: umm My name is tamara and i just wanted to tell you....umm....Hi
Taja:...wow is that.....is that tha best thing toi can think of...
continue reading...
1
Roc's Lover: Ep 18 Mystery Twin.
posted by Rock-n-Rollin
They walked inside the bus.
Roxanne: DAMN!!! This place is huge!
Prince: Knew toi was gonna say that.....
Roc: Who's watching the triplets?
Jazmine: Alley is.
Roc: Oh...
Somebody knocked on the bus...
Roxanne: the hell toi want!
????: Roxanne? Jazmine
Jazmine: Who is this
????: Your sister....
Jazmine: That's funny, cuz i DON"T have a sister.
????: Just let me in!
Roxanne: Fine!
She opened the door.
????: My name is Jessica.
Roxanne: OMG!
Jeniel: She kinda looks like you....
Roxanne: It's like as if y'all twins....
Jessica: We are.
Roxanne: How toi know?
Jessica: Is your father name Robbie?
Jazmine: Yeah?
Jessica:...
continue reading...
You Might Also Like... 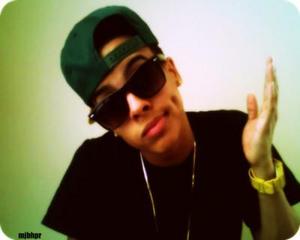 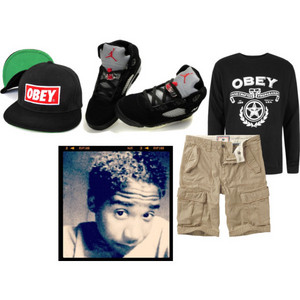 Roc's outfit
the story doesn't really really have this much characters nobody is in the story there just some fake name and ages and this shows how true l’amour gets bad&comes back with loving......hope u'll enjoy it:)! 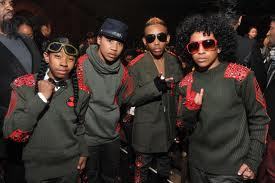 If toi was dating Prodigy from mindless behavior and toi was making out with ROC royal and prodigy cought y'all wat would toi do if prodigy a dit toi had to pick ROC royal and toi picked......

Then Princeton came and a dit pick him then rayon, ray rayon, ray came in front of toi and kissed toi and a dit no pick him would toi be faithful and stay with prodigy ou switch it up and pick........


Find out the rest on my blog www.keep it real for ever. 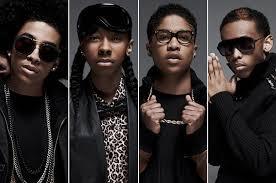 2
Roc's Lover: Ep 14 Summer Beginning! Part 1
posted by Rock-n-Rollin
It was June, Jazmine was 6 months prego.
One morning.......
Roxanne: Finally! Its summer
Jazmine: I cant wait 4 this thing 2 get out of here!
Roc: Dont be like that.
Jazmine: If it was a girl, its name will be Mikayla.
Roc: If it was a boy, it will be a jr.
Roxanne: For the girl, I perfer Maria.
Prince: I agree with Roc.
Alley: I want it 2 be triplets.
Roc: NO!!!!!
Jazmine: Anyway, Im throwing a baby-shower.
Roxanne: Is that appropiate?
Kenzie: I don't think so....
Jazmine: Shut up! Rox, you'll invite the guests
Roxanne: K.
Jazmine: Kenzie, toi pick the place 2 have it.
Kenzie: No problemo
Jazmine: Alley, you...
continue reading...
2
|Bad Girl| A Roc Royal l’amour Story Chapter Three..
posted by mzprinceton54
Hello , ♥

Today I was going to go for a walk at the park , I wanted to look casual , nothing special , I walked to...
continue reading...
6
l’amour (A Chresanto August l’amour Story) starring toi
posted by _PrincetonLover
One jour toi were over your best friend, Jacob's house, when the doorbell rung. A few secondes later Jacob opened the door, there stood the one and only Chresanto August from the boy band Mindless Behavior. When Chresanto walked into the living room, he sat suivant to toi and a dit "Hey, (your name)!!!", and then toi shyly a dit "Hi, Chresanto." Without looking at him, then Jacob came in the room looking awkward. A few minutes later Jacob asked "So...Why did toi come over without letting me know toi were coming?", "Came over un-invited because I needed to talk to toi about something. " Chresanto said, then Jacob asked "OK Then...So what did toi have to talk to me about? ", the suivant thing toi know Chresanto looked toi and whispered something in Jacob's ear. To Be Continued...

The boys and I are making sure that Roc calls Tassy , were not making him do anything until he calls her , were not even making him eat . Yeah were kinda horrible . We really want Roc to have a relationship with someone that he really likes and a girl that likes him . Usually all the girls that go out with Roc take his money ou some shit like that , every girl we go out with just uses us . It's unfair , we all want to find a girl that really loves us for who we are & not to just take our money. " I'm starving , ! " Roc yelled ,...
continue reading...
1
the mindless behavior concert pt. 3
posted by mzprinceton54 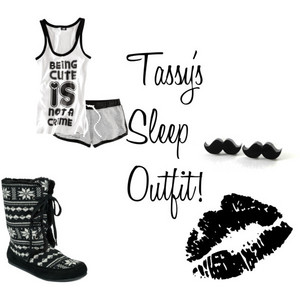 srry i kno its short but plus eppies i promise not today maybe not to morrow but soon again!!
~Taslicia
2
the mindless behavior concert part 22 ss. 3
posted by mzprinceton54
Geek: *wakes up* i wanna go get mii bely pirced
Tassy:*walks in* me 2
Nadi:me 2
nae:same here
they go get their belly pirced
Tassy: link
Nadi: link
Geek: link
Nae:link
they get them pirced then go baq home

-with the boys
Prince:we should get our girls promise rings
Ray:ikr
Roc: we should
Prod: i agree 2 dat
the girls get home
Roc:here *gives Taslicia this link
Ray: i <3 yu *gives nae thislink
Prod: ur mii world * gives nadi this link
Prince: Geek ur mii everything=) *gives her this link
Girlz:aww r these promise rings
Boyz:...
continue reading...
More Cards
1234567891011