A tower of stone rises out from the hills, so tall it comes above the trees. Silver water falls over the towers from the mountainside. Elves dwell in this castle, merrily chant and dancing in the halls, yet their king, Airune approaches, thus they fall silent. His dark ebony robes fall back behind him and his hair is in a thick braid, of which falls below his knees.
'My young servants,' Airune addresses his servants, 'what silences thee? Are ye afraid of thy king?'
'No, my lord,' a young woman under the name of Hsiviam spoke up.
Airune turned to thy fair lady and she lowered her head, ashamed.
'My lady,' Airune spoke to her, lifting her head, 'ye shan't be ashamed to speak.'
Airune tilted his head slightly to the right and smiled. Hsiviam felt a tingle run down her spine and her face felt hot. Airune turned and strode out of the room.
The women sighed and began murmuring about the young king, yet one servant only fell to the back; vivid memories filling his mind...

...Aznr felt an icy cold hand on his arm. He turned around and saw Airune, his pallid skin was framed par his ebony hair, his émeraude eyes shone brightly in contrast.
'Aznr,' he murmured, 'I do not like it when ye are so cheerless.Ye must get over the past, Aznr, She has been departed from plage Wood and cannot be taken back.'
'I never really cared for her, did I?' asked Aznr.
'No,' Airune replied. 'Yet ye do l’amour me. I can feel thy l’amour for me in ye.'
'Do toi l’amour me, Airune?'
Airune nodded in answer.

'Aznr!' he heard Hvanselda call his name. 'Aznr get back to work and stop daydreaming!'
'Yes, ma'am,' he bowed to the Queen and began to work as she had ordered.

Ariel stares up at the stars, remembering the jour she had found the old spell book. She remembered the words at the beginning;

This book is for Fandaril, Daughter of Ariel, Queen of Torndan. Bless her with the beauty of the faerie and the wisdom of the elves.

Ariel placed her hand gently over her stomach, where her future child was. She and her partner had planned on naming her Fandaril, which, translated int common tongue, means blessed one. Ariel choked on tears as she remembered the jour she heard that he was dead.

Ariel heard the sound of chevaux and glanced up. These were no ordinary horses, these were the golden ponies of The Shadow Forest. In The Legend of The Golden River these creatures were described as being 'beautiful black mares with golden flecks in their fourrure and golden manes and tails.' Ariel sank back into the bushes to watch. The ponies came galloping down the path. They had no or in them, yet they certainly were a beautiful sight.
'Gilador a dit that she would be in the forest of Torndan and we've run all over this place about five thousand times,' complained the rider in the front.
'Airune,' a dit the one behind him, 'stop complaining.'
Airune turned around and made a face at him.
'I'm the king, Aznr,' he said. 'Stop telling me what to do.'
He's jouer la comédie like a child, thought Ariel, yet judging par his clothing he's somewhere in his hundreds.
A rider in the back jumped of his horse and began walking towards her.
'LightWater!' called Aznr, 'what are toi doing?'
'I found the girl,' LightWater told him, 'I like her. She's pretty.'
'Come back here!' called Aznr, 'we're here to tell her of her partners death, not to get girlfriends.'
LightWater had already reached her hiding place.
'You're gorgeous,' a dit LightWater. 'what race are you?'
'Nymph,' a dit Ariel, blushing.
'So you're mortal. So am I.'
Aznr came over.
'LightWater,' he said, grabbing his hand, 'go back to the horses.'
Aznr shoved him and he went back to his horse. He walked past Airune's horse and Airune giggle and waved.

Ariel tried not to think about Aznr telling her how they were sent to tell her of her partners death, yet try as she might, she couldn't stop thinking of it.

If any of them are lire this, please message me if toi want to be in acknowledgements if I ever publier this book and if toi do I'll make sure I put toi in.


What all the names and place names mean:

I'll be posting the suivant chapters soon! hope toi enjoy them!^-^
deathding, I-Luv-L and 1 other like this
zikkiforever Great start.
misscrazel Thank you!
Mariya_Maja http://www.wattpad.com/home you can post you book here... :P btw, i think it is good!
misscrazel Thank you!
2
Make a sentence about yourself :DDD
posted by FlufflyHands
Pick what mois toi were born on...
Jan- I shot...
Feb- I stabbed...
Mar: I disco danced with...
Apr: I sniffed...
May: I ran with...
Jun: I licked...
Jul: I ate...
Aug: I sat suivant to...
Sep: I farted suivant to...
Oct: I have a screenshot of...
Nov: I grabbed...
Dec: I spit on...

1.)Are to be masters of there wifes/girlfriends.
2.)Men are to protect women.
3.)Men are to pay finaces.
4.)Men are to be masculine...
continue reading...
8
Normality~
posted by XxKeithHarkinxX
This is really just me over thinking the whole entire "normality" thing.

Well.., if everyone was "normal" we wouldn't have the risk takers, the partiers, the scientist, everyone would be the same. And so much stuff wouldn't exist, such as: the telephone, internet, different drawing styles, life styles, types of food, types of music, ect.

Everyone is different, and they have different perspectives on "normality", so really everyone's definition of being "normal" would vary, and then no one would be this so called normal.

So if someone calls someone "abnormal"...
continue reading...
3
Life's questions answered.
posted by VoicesInMyHead
Disclaimer: I don't own the questions, just the answers. Also, some of these come from a religious point of view rather than a philosophical point of view, but there the only réponses I can think of. Please feel free to offer alternative ideas.

- What is the sound of one hand clapping? Fwip fwip fwip. If toi open and close your hand it makes this sound.

* if a arbre falls in the middle of the forest, does it make a sound? Yes. This question is based on the theory that sound is a figment of imagination. But the same principle applies to the existence of the TREE'S existence. So, assuming the tree...
continue reading...
2
l’amour Loop--A Mystery Story
posted by pokemonyellow
Love is a mystery, but don’t worry, Sewlock Holmes is on the case!

“Crocheting is not a girly hobby!” a dit Holmes, defending himself against bullies, who were making fun of the crocheting pins and yarns that noodle out of his backpack when they hustled him on his way home.

Earlier that day, Holmes had excitedly packed the scarf he had made for Winnie. She was Holmes’ favori person in school. They had bonded together geekily (in Science class), when they were discussing protanopia, and Holmes found out that she was one of the rare girls who had the disease....
continue reading...
9
2012
posted by GoldnSnitch_96
Ok, alot of people are shittin their pants because some achient calander a dit that the world is coming to and end. R u 4 ceral? Plus, alot of u are thinking, but bro, so much shit is going down it isnt funny, the world is gonna end bro! Ok, so stuff looks preatty bad now. Japon is in shit and there are earth quakes and floods. But think about it,what do u think people were thinking during the black plague? ou the world wars? The world isnt gonna be over yet. Mabey soon. Mabey the moment u finish lire this your house will blow up. Mabey tomorow a piano will fall on the prime minister. We...
continue reading...
2
cabine for the Summer-Chapter Eleven-James
posted by moolah 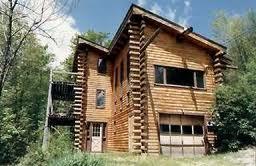 The Cabin
cabine for the Summer
By: moolah
Chapter Eleven: James

“She’s what?” Tori screamed, in horror. Dr. Haffer looked at her again, “She’s about 2 months pregnant.” Tori gagged. I was horrified. I looked at my hands. “She’s pregnant?” I asked. Tori was in tears again. “No, this can’t be. We…” I thought back to 2 months ago. It was that party Damian had thrown. Chelsea and I had been in love. I sighed. It was no use. She was pregnant. I bit my lip and walked out the door. I couldn’t deal with this. I would go back to the house,...
continue reading...
2
asmaortonfan
posted by johnkellyfan
she's one of the fanpop users on fanpop and she's one of the best i have ever meet we have alot in commen and we bouth l’amour the same things she's my idol she never did any thing that make my think wrong of her.

she's so sweet and lovely i really l’amour her..
and she's from yemen.
we bouth l’amour dogs.

she is the reson that really make me l’amour randy orton.

she loves every one.

and she have alot of friends.

sioki:saska saska are toi in there this is your consious speaking ...moo..live with it!

saska:sorry being an emo makes it hard to concentrat on ninger traing

sapa:i know what toi mean every bodys always telling me to...

sioki:SHUT UP sapa we all have arational hate for toi !!

sapa:what i havent done enything yet??

sapa: dose saska hate me too?

sioki:no hes an emo he has no emotins except for the one that is emo ...GOD WHY DO toi EXSIST?!?!

sapa:what the i havent done enything to deserve this kind of treatment

saps+sioki:*join in*
this gose on for 5 secondes till toi all cry total ninger theme song 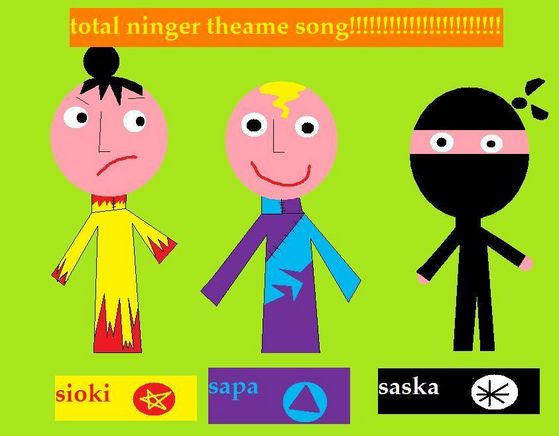 look at them
6
MADELINES WORST NIGHTMARE
posted by angelicahardy
It was the begging of October and Madeline was in her bedroom on her laptop researching Emily Angle her bedroom was full of posters of her it was a stormy night but Madeline was enjoying the rain she was not scared lighting she had been grounded of dogging school to go to the mall she looked out of her window with an evil smirk on her face. She tied her skipping ropes together and climbed out of her window and into the poring rain and lighting Madeline was walking absolutely soaking wet she was walking in the middle of a long black deserted road there was no noise just the noise of her footsteps...
continue reading... 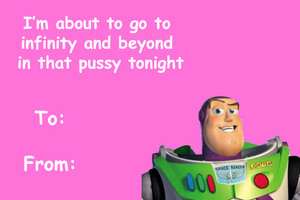 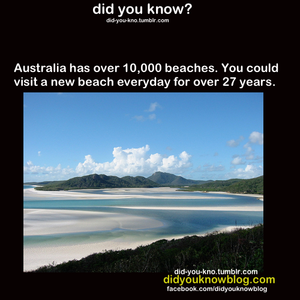 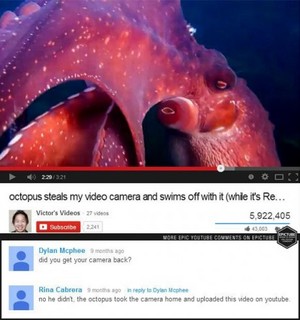 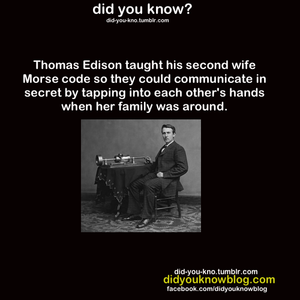 1
Did toi Know?
added by tanyya 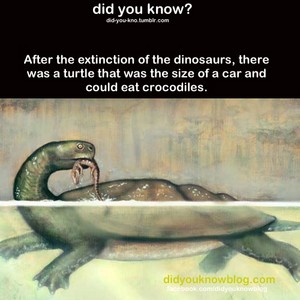 Did toi Know?
added by tanyya 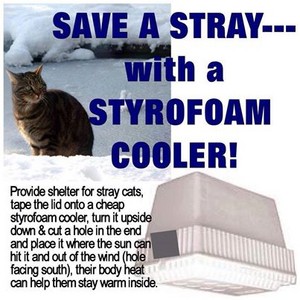