And it's about me being completely jealous of my boyfriend's best friend! I feel so awful about it because she's suicidal and she and I are pretty good friends, but it seems like whenever my bf sees her, he runs to talk to her, just kinda leaving me standing there. I think it's mostly because she's so beautiful, she can sing, all of the teachers l’amour her, she's athletic, she has amazing grades and is accepted into any group she chooses. I hate feeling so jealous!!! It makes me feel like I want to coup de poing a mur while screaming and break down into tears all at the same time. I've asked him about it and told him how I feel and he god mad at me. he said, "She's like my sister! And toi feel jealous? Even after I told toi that she was suicidal?!" That was when I walked away. The suivant jour i still felt like a complete jerk and I felt worse.

I've actually become closer to her and we can talk casually about stuff with school and life, (mine not her's) and I feel just awful about it! My boyfriend and I have gotten closer in the two months that we've been dating (whoop whoop!), but i still feel so alone whenever she's around, because I'm kinda excluded from the conversation. I just kinda stop walking and go sit off on my own. Of corse, my guy Friends get pissed with him when they see me all sad because of it, so I smile and joke around and swear loudly to distract myself from what I'm feeling. He told me yesterday that she might be staying over at his house for Xmas break to keep her from possibly killing her self. I'm extremely uncomfortable with it, but I haven't told him that. I just put on a smile, a dit okay, and changed the topic quickly. He didn't seem to notice my change of mood.

I l’amour my boyfriend. He's the only person who should truly understand my mood and what I'm feeling. But, when he's with her, he just kinda... tunes me out.

So, now on to what I really need advise on:
1) Is there a way I can tell him how I'm feeling without him getting mad? 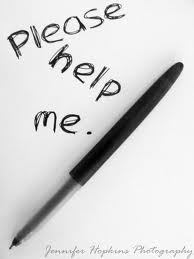 Thank toi everyone for helping me out. ^-^ I really appreciate it.
kid_symmetry posted il y a plus d’un an