2. Only 3 manchot, pingouin species live on ice and snow. Emperors, Adelies and Chinstraps are only found in Antarctica.

3. Penguins are the only birds in the world that have the most feathers. Penguins have small, thick overlapping feathers. They have 80 to 100 per square inch of feathers.

4. It is a dit that penguins have a great sense of smell. They could probably smell sea water 5 miles away. They have a big olfactory lobe in their brain. That's what makes...
continue reading...

4
Cute manchot, pingouin
added by kellyclarkson12
1
Wendell and Cass, two male penguins, have been a couple for 8 years!
posted by carsfan
Wendell and Cass are two penguins at the New York Aquarium in Coney Island, Brooklyn. They live in a soap opera world of seduction and intrigue. Among the 22 male and 10 female African black-footed penguins in the aquarium's exhibit, tales of love, lust, and betrayal are the norm. Penguins mate for life. donné the disproportionate male-female ratio at the aquarium, some of the females flirt profusely and dump their partners for single males with better nests.

Wendell and Cass, however, take no part in these l’amour triangles. They have been completely devoted to each other for the last eight years. In fact, neither one of them has ever been with anyone else. But the partnership of Wendell and Cass adds drama in another way. They're both male. That is to say, they're gay penguins.

Read plus at link 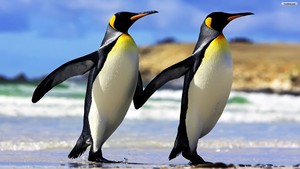 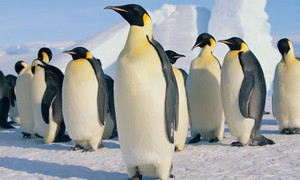 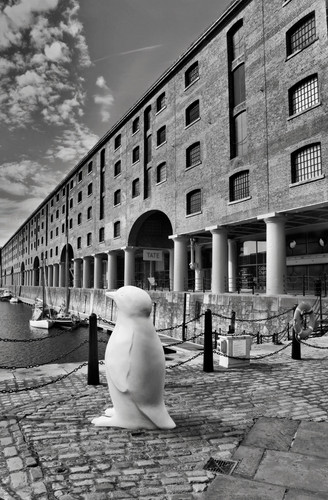 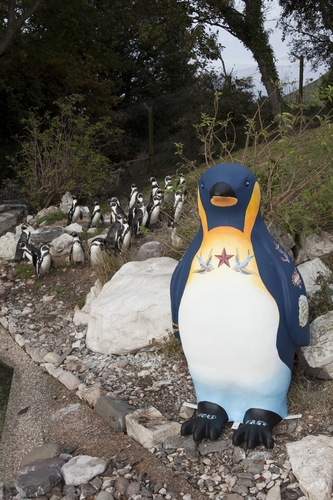 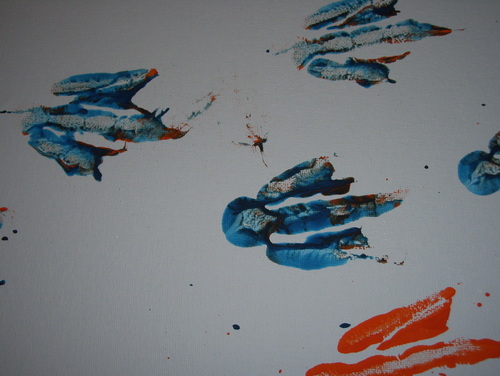 African manchot, pingouin Painting: Close-Up
added by SJF_Penguin
Source: I am the photographer; “Patrick” is the “artist.” 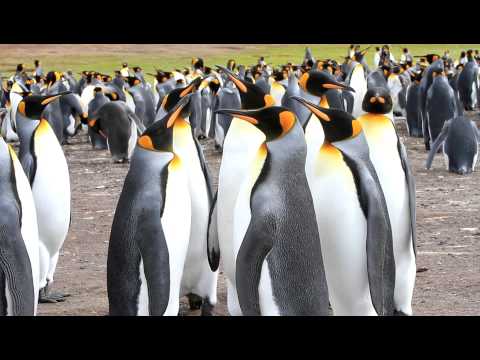 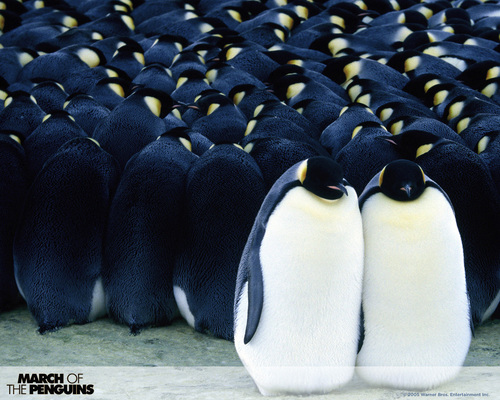 6
March of the Penguins WPs
added by pip_ku
Source: http://wip.warnerbros.com/marchofthepenguins/ 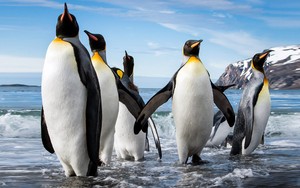