2
One Direction fan Fiction (4) - Lies, Betrayal and l’amour - part 16: Breakdown.
posted by xMrsNiallHoranx
“Anyone want pizza?” Niall quizzed.
“Yeah!” everyone echoed.
“Yes please!” I added.
“Oooh a little bit posh are we Mickie?” zayn teased.
I narrowed my eyes at him.
“Really Zayn? Really?” I asked.
“I should call toi posh spice from now on!” he laughed.
Amanda gave zayn a slap.
“Leave her alone zayn.” She giggled.
“Aw I’m sowwy Mickie.” He pulled out his bottom lip and pouted.


Niall went out of the room to order the pizza.

I looked over and saw harry and Kate kissing. I was so happy for kate, she really deserved harry and the both of them were meant to be.

Liam and Louis were hugging and s’embrasser each other in the corner.

And zayn and Amanda were also having a little snog.
I’m really glad to be welcomed into their group, they are so nice!

I wish I could tell them the truth about my sisters.

“Mickie!” harry whispered.
I gazed over at him.
“Yeah?” I said.
“Are toi ok?” he mouthed, making sure no one heard him.
“Yeah I course I am.” I spoke quietly.
He nodded and turned back to Kate.


I feel really bad for harry. He shouldn’t have to feel sorry for me. I really wish Kate hadn’t told him.


“So is your sister dating Greg?” Louis asked.
“Yep. She’s CRAZY about him!” I replied.
“AW! Young love!” Liam chuckled, even though he’s younger than her!
“She’s seems really kind.” Zayn smiled.
What the actual fuck? Wait until toi get to know her….
“Yes she’s lovely.” I spoke between gritted teeth.


“The pizza will be here in half an heure guys.” Niall announced as he came through the door.
“Yay!” we cheered.

He sat down beside me and placed my petite body on his lap.

“What movie are we watching lads?” Niall asked.
“I’m easy.” Amada shrugged.
“Yeah me too.” Kate agreed.
“What about a scary movie? To freak the lickie girls out?” Liam suggested, winking at me, Kate and Amanda.

We gave him the evils, causing him to chuckle.

“OK do toi girls want to watch a scary movie?” Louis asked.
“Bring. It. On!” we giggled.
“Ok so Niall put on a scary movie.” Zayn told him.
“Why do I have to do it?” niall questioned.
“Its your house!” zayn laughed.
“Yeah but-” niall argued.
“JUST PUT ON THE FUCKING MOVIE HORAN!” kate commanded.
“Fine I’ll put on the Stupid Movie.” Niall muttered as he lifted me up off his lap and heaved himself to the television.

I hate scary movies, mostly because my sisters used to make me watch them all of the time when I was little, which traumatized me.

Niall sat back down, patting his lap and indicating for me to sit upon it.

“Are toi sure?” I asked.
“I WANT toi to sit on my lap babes. I need a cuddle.” He winked and smiled that amazing smile of his.

I sat on his lap and he kissed me gently on the cheek, which spread oie bumps all over my body. He wrapped his arms around me and I lay my head on his chest.

“You know Mickie, toi could have told everyone about your sisters. They would have understood.” Niall whispered.
I shook my head.

“No Niall. I don’t want them to treat me differently.”
“I’m sure they won’t babe.” He told me quietly.
“I-I just don’t want to take the risk.” I spoke shakily.
“I understand. But they’re all so worried about you. They think that toi could me cutting yourself ou something like that. Zayn is the most worried; he keeps asking me to text toi to see if you’re ok.” Niall informed me.


I completely broke down in tears after that.

I felt so stupid for crying, since it’s my fault that they are so worried, but I feel so guilty. And niall and harry are obviously worrying about me too much as well, when they don’t need to be.

I really wish I could tell them, but only god knows what they will think of me if I do. Over the years my sisters have broken every SINGLE bit of confidence I have and made me so weak. I cry over the stupidest things now. And I find it so hard to trust in ANYONE anymore.

I also don’t want to be putting weight on peoples shoulders.


I told Mickie that everyone was worried about her and she burst into tears.

What kind of idiot am I? I can answer that question, a VERY stupid one!

I let her cry into my shoulders.
“Shh Shh….. Mickie, what’s wrong?” I questioned her, pulling her close to me and hugging her tightly.
“I-I-Its nothing.” She sobbed.
“Well it can’t be nothing if its making toi cry like this.” I said.
“Niall I feel so bad…” she told me.
“Why?” I quizzed.
“Because all of toi guys are worrying too much about me when toi don’t need to be. I’m just being a burden on toi guys.” She cried.

How could she think that?
“Mickie that’s a lie and toi know it.” I spoke quietly.


“You don’t have to pretend to l’amour me niall.” She whispered.


“ARE toi BLOODY MAD MICKIE?!?!?!” I roared, causing everyone’s heads to turn towards me and Mickie.
“Oh fuck what’s wrong with Mickie?” zayn exclaimed.
“Its fine guys.” I spoke.
“Then why is she crying doofus?” Kate asked.
“She’s just upset over something. I’ll bring her out to the bathroom and she’ll be fine.” I said, quietly.
“Are toi sure she’s ok?” Harry queried, standing up.
“She’ll be ok. I’ll just have a chat with her.” I told them as I picked her up and brought her into the bathroom.
1DnoFan and TanyStyles like this
NiallsGirl1 poor mickie
1
one direction fan fic part 2
posted by johncenaw85oi
"You need to get that!" eloise shouted.
"Haha ok i will" i said, getting my size.

We spent forever in topshop. I picked up that purple top, bought 2 pairs of shorts. 1 denim shorts and 1 white pair, i also bought a bikini.
Eloise bought that light rose t-shirt, a mini jupe and some gladiator sandles.

The boys were all ready waiting outside topshop for us.

"Where have toi been!" Niall shouted sarcastically.
"where do toi think, the moon?" i joked.
"Hahaha very funny!" niall said.

I noticed Niall and Harry had bought a few things from topman.

We all headed to hollister.
We also...
continue reading... 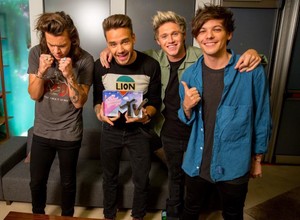 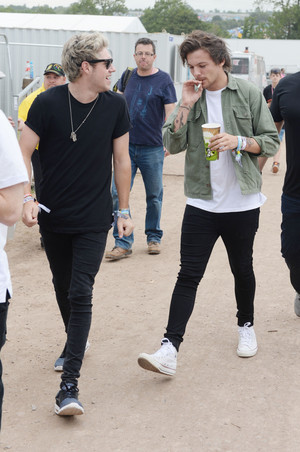 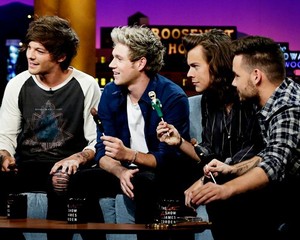 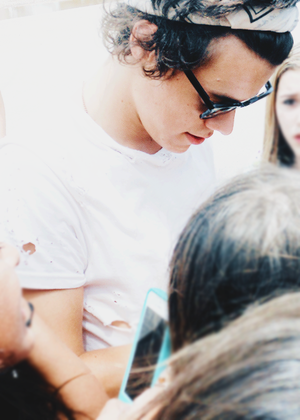 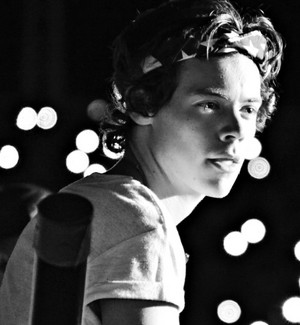 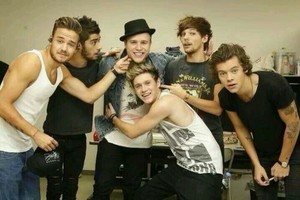 1
One Direction The Perfection ♥
added by DepressedGuy
Source: tumblr