1
Ponies On The Rails Episode 46 Part 3
posted by Seanthehedgehog
When they arrived at Laramie, Hawkeye, and Pete got the freight train to the yards on time, and Pete went to a building nearby where he had to take his test. Before taking the test, he was talking to Hawkeye on the telephone.

Pete: Where are toi now?
Hawkeye: Doing some yard work. When you're finished with the test, we have to take another freight train back to Cheyenne.
Pete: Okay. Wish me luck.
Hawkeye: Luck? For a test, toi need intelligence. Luck is for gambling.
Pete: Then wish me luck when we start gambling back at Cheyenne. I wanna win money from you, and everypony else.
Hawkeye: Then, is it possible to wish yourself luck?
Pete: I think so.
Hawkeye: Good, because I'm wishing myself lots, and lots of luck.
Pete: Be careful what toi wish for. *Checks clock* I gotta go take my test now. I'll see toi soon. *Hangs up*
Hawkeye: *Puts phone away*
Engineer: Pierce, we need toi over here right now.
Hawkeye: I'll be right there.

Stylo: How do toi think Pete's doing with his test?
Orion: I don't know. As far as I'm concerned, I'm going to act like a gypsy to get fired.
Stylo: You'll have to do better then that if toi want your behind out of here.
Orion: No, I've been doing a lot of research, and Pete hates gypsies. He literally despises them.
Gordon: *Arrives* What about gypsies?!
Orion: Our boss hates them.
Gordon: Good. Because if any of those were to montrer up here, they'd be a disgrace to the Union Pacific, and everypony working for it.
Orion: You're definitely right about that. *Whispers to Stylo* not.
Stylo: *Smiles*

Back at Laramie, the test was over, and Hawkeye was waiting for Pete to arrive. He was in a small freight train, being pulled par a GP9.

Further up the line, a group of ponies in the mafia were waiting for a train to arrive.

Mafia poney 64: Quick, get a grenade on those tracks.
Mafia poney 41: *Throws grenade at tracks*

Suddenly, an explosion occurred. The tracks were destroyed.

Pete: *Sees explosion* Whoa. What was that?
Hawkeye: I don't know, it looks like- *drives over damaged part of tracks, and gets derailed* Aw man. Are toi okay?
Pete: Yeah, I'm fine.
Mafia poney 64: *Pointing Tommy gun at train*
Hawkeye: Mafia ponies. What do we do?
Pete: To that ditch over there!
Mafia poney 64: *Shooting train*
Hawkeye & Pete: *Running to ditch*
Mafia poney 41: *Shoots five bullets at Hawkeye, and Pete*

Eight other ponies arrived, and they were shooting at Hawkeye, and Pete. But they couldn't shoot them, and their bullets kept hitting the ground.

There's a website that plays the sound effects that the bullets are making when they hit the ground. Play the Cartoon Ricochet sound effects on this website: link

Pete: Well, this is great.
Hawkeye: Great? How is this great?! We're being shot at for no reason, and we're drunk!
Pete: Well, luckily for us, I have a gun of my own. *Pulls out .44 magnum* Smith & Wesson's newest gun.
Hawkeye: Oh, no we're not shooting them.
Pete: Oh yes we are. We're taking turns, and I'm not letting those gangsters take me to some warehouse, and make me sleep with the fishes. *Stands up, and shoots six bullets*

Four of the six bullets each hit a different pony.

Hawkeye: toi missed a few.
Pete: Well, at least they stopped shooting at us.

But they started shooting again, and kept missing.

Pete: *Reloading gun* Okay, now it's your turn. *Gives gun to Hawkeye*
Hawkeye: Oh, no no no no no. I'm not shooting at them.
Pete: Pierce, it's us, ou them. Who do toi want to end up dead?
Hawkeye: Listen Peter, After I killed those three ponies in '47, I felt awful, and I promised myself I would never do anything like that again.
Pete: But that's how toi got your nickname.
Hawkeye: No it isn't. My last name is how I got my nick name, and I will do anything for those ponies trying to kill us. I will let them ride on any train they want. I will let them have discounts for the tickets they buy, I'll even let them take what they want from the freight trains, but I will not kill them!
Pete: Pierce, I'm your boss, and I want toi to feu that weapon!
Hawkeye: Okay. *Looks at gun* You're fired. *Drops gun* I did it as lightly as I could.
Pete: toi won't even protect yourself from those gangsters?
Hawkeye: I hate pistolets that much.
Pete: Well, don't think of it as a gun. Think of it as a loud noise maker.
Hawkeye: Okay, it's a loud noise maker. *Pointing gun at the sky* Reach for the sky toi wise guys! *Shoots bullet* HERE'S FOR VICTORY! *Shoots bullet* FOR JUSTICE *Shoots bullet* FOR THE UNION PACIFIC *Shoots bullet* FOR FREEDOM *Shoots bullet* AND NO plus VIOLENCE!! *Shoots bullet*
Pete: toi really scared those fuckers.
Hawkeye: Yeah, I hope so. Wait a minute. Do toi hear that?
Pete: I don't hear anything.
Hawkeye: Exactly. They stopped shooting at us. *Gets out of ditch*
Police Ponies: *Arresting mafia ponies*
Police Captain: Are toi fellas alright?
Hawkeye: Yes, and we wanna thank toi for your help.
Police Captain: Yeah. toi might wanna get a grue, crane to lift your train back on the rails.
Hawkeye: Don't worry. We're on it. Come on out Pete. The coast is clear.
Pete: *Comes out of ditch* Ah, Laramie's finest. And I thought only Cheyenne was crawling with gangsters on our line.
Police Captain: There's a lot of other places then just Cheyenne toi know.
Pete: Right. Well, thanks for your help.

And with that, the police ponies got in their police cars, and took off with the gangsters.

A few hours later, Pete was back in his office, signing papers.

Orion: *Arrives in office, and is dressed as a gypsy* Mr. Reimer, good to see toi again.
Pete: What in the name of Thomas Jefferson are toi doing?
Orion: I'm a gypsy, and I heard toi hated my kind, so toi have to feu me.
Pete: toi can't fool me Orion, now get back to work.
Orion: *Sighs* Yes sir. *Leaves office*
Gordon: *Arrives* Sir, I just wanna congratulate toi on your promotion.
Pete: It wasn't a promotion Gordon, it was a raise.
Gordon: Oh, well anyway, I need to tell toi something important.
Pete: What is it?
Gordon: Pierce, and Stylo did six things they weren't supposed to do. One of them, was montrer a picture of the middle finger!
Pete: I don't need to hear the other five, I'll do the necessary thing any good boss would do.
Gordon: And what might that be sir?
Pete: Continue with plus important work. Now, get out of here.
Gordon: But sir-
Pete: *Shows Gordon a picture of the middle finger* Now let me continue with my paper work!
Gordon: Aw, fine! *Leaves office*

Gordon, and Coffee Crème continue to argue.
tailsfan111 likes this 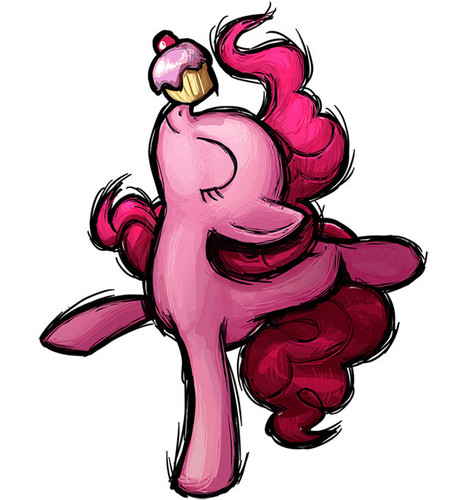 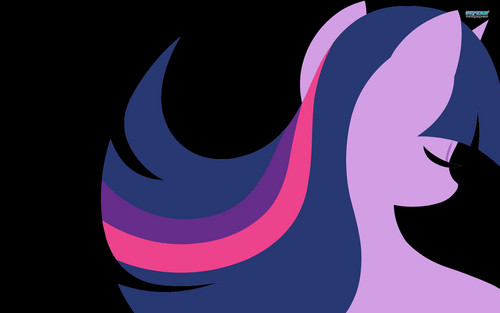 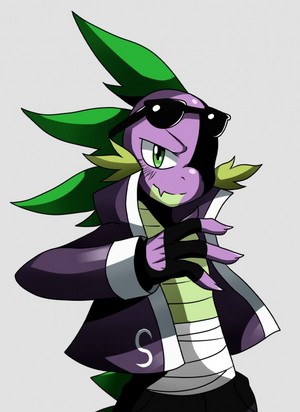 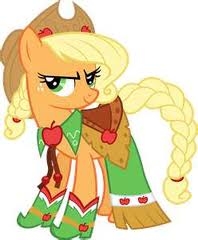 ponies
added by Seanthehedgehog
Source: me

1
The mastermind Chrysalis
added by Canada24 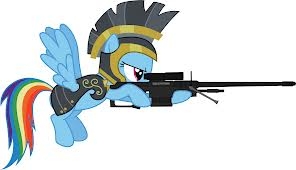 Hawkeye's engine
Running from Chicacolt to San Franciscolt is a railroad called the Union Pacific. It's the largest railroad in the United States, and is run par thousands of ponies. This is the story of some of those ponies that run the rails, aka railroading.

Coffee Creme: *walking on platform*
Orion: Hey, are toi the new feu mare?
Coffee Creme: Yes.
Orion: Alright, you're working with another poney on that passenger train. You're going to Las Pegasus. Good luck on your first day.
Coffee Creme: Thanks *walks to engine*
Hawkeye: Hi, toi must be my new feu mare.
Coffee...
continue reading... 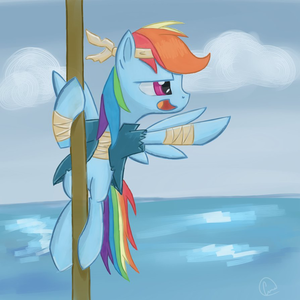 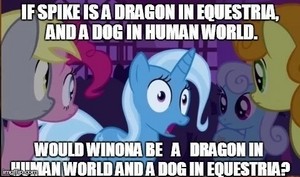 2
Ponies and Captions
added by izfankirby 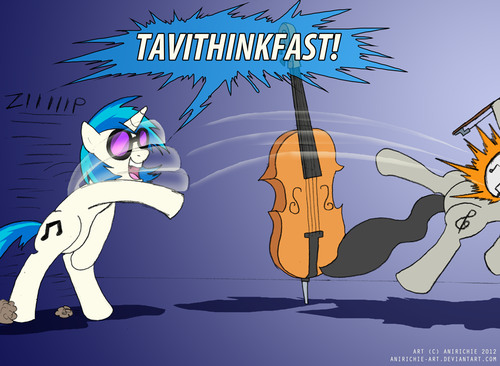 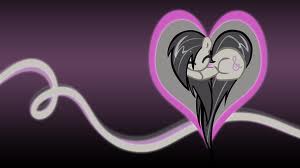 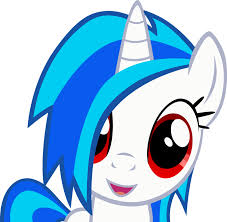 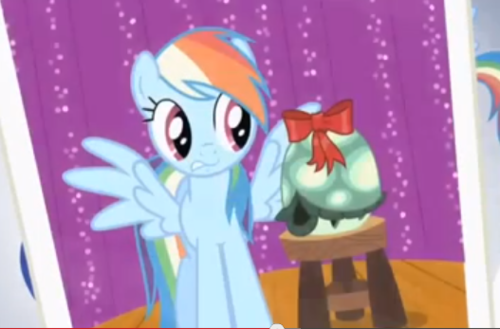 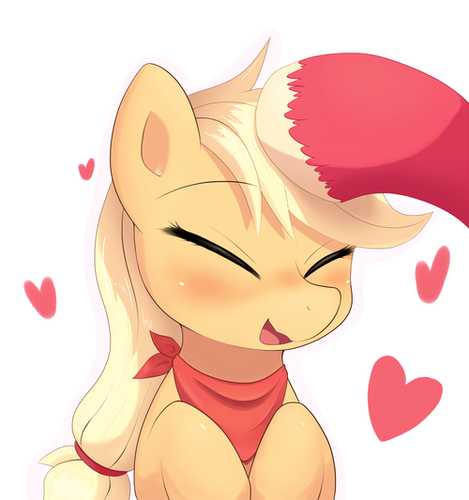 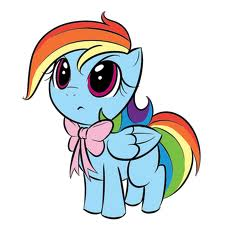 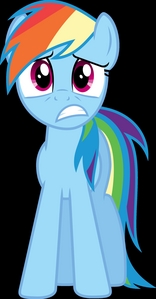 prime Twilight and prime arc en ciel Dash were shown chatting amongst each other in Twilight's liberary.

Suddenly there was a knock on the front door.

Prime Twilight opened it up, only to find a familiar, cute little rose mare.

Only, something wasn't right about her. For one of the few times in their friendship, Twilight saw cute little Pinkie, as very tense looking.

"What are toi talking about?" prime Twilight asked in confusion.

"That!" prime Pinkie cried, pointing...
continue reading...
1
A Doctor Whooves Christmas
posted by Omnitrixuser123
Ah Chirstmas. The best time of year. The time of giving gifts, and loving the ones toi hold dear. But for a certain gray pony, dispair was upon her, for she was without her friend, The Doctor.

"Doctor, where are you?" she a dit as she trotted home. "I l’amour to travel with you, to be free and roam throughout the galaxy." But little did she know, the Doctor was coming. He'd gotten her a gift, from 2030, and he had started running. Back to the TARDIS he had made it, hoping 10 out of 10 is what his gift would be rated.

As the TARDIS made it's classic sound,...
continue reading... 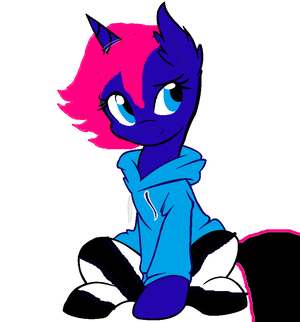