Nocturnal Mirage felt like a pegasus, flying high above the clouds, enjoying the warm summer Sun and the soft breeze. He has triumphed over the dark echoes of his past and extinguished the last traces of hatred left in him. The apparition that took the form of his beloved and feared mother, Summer Pride was no longer haunting him. He cleansed his spirit from all the hatred and rage she planted inside him over the years of their imprisonment, when they vanished along with the Crystal Empire for a thousand years. He was finally free. His body and soul felt lighter, like if he was levitating a few feet above the ground. His thoughts were clear and his senses sharpened. Every color seemed plus vivid; the ocher grass, the pale blue sky. The environment was dim and somber, yet it somehow felt perfect, like in a dream.

Mirage spent another jour at the small pond, contemplating over the events that led to this point. Although he knew there was only a few days left until the winter solstice, he took the time to start his train of thought from the very beginning. He recalled everything he could remember from the jour Shining Armor recruited him; the endless hours he spent up in the Ivory Tower, listening to Celestia's mental breakdowns. Then he forwarded the reel of time to the moment where he first met the Princess face to face. He remembered his first impressions about her, the way she acted and looked. It wasn't l’amour at first sight, Mirage was sure about that. He fell in l’amour with Celestia progressively, as he spent plus and plus time with her.

At first, there was the mission only. He was unable to comprehend the importance of his task and the serious weight upon his shoulders. Then somewhere on the way, his mission became his goal. Celestia finally gave meaning and purpose to his life, after all those meaningless years. As Mirage remembered, he has always been the reserved, quiet kind of pony, who couldn't make Friends easily. The true depths of his extreme emotions – the legacy of his mother's nature – always remained hidden for the outside observer. He didn't attract others, like Pinkie Pie did with her magnetic, cheery personality, but this rose poney was the one who grew close to his cœur, coeur at the very first time, when he came across Ponyville during his aimless wandering. Yes, Mirage knew he didn't make Friends easily, but he also learned when he did befriend somepony, they attached to his cœur, coeur like flypaper. And Celestia was no different. Once he looked passed of her alicornhood and began to observe her as a pony, a sentient being and eventually – as a mare; the sun goddess won over his heart, one small piece at a time, until her triumph was complete.

Mirage remembered the long bao games he played with the Princess, he remembered the countless wonders she opened his eyes for; the many things she taught, her infinite wisdom and experience, her warm, soothing voice, her beautiful violet eyes... and her rage.

That wasn't a pleasant memory at all. Her words still echoed in the stallion's brain. Run! But now, he was capable of observing the events from a rational perspective, since the nuage of his surging emotions no longer blinded his sight. Mirage replayed everything in his head over and over again, attempting to determine the point where it all got out of hoof.

“Dark riddles...” he mumbled to himself then continued his contemplation.

It started with that cursed newspaper article... Is that so? A light, magniloquent voice taunted in his mind. However irritating it was, this thought brought up new questions. Mirage rived himself off the chain of events that led to his humiliation and exile and focused on the entire progress from start to beginning, as an outside observer. Of course, he pinpointed several scenes that were molding the circumstances, such as the changeling attack, Luna's disappearance, Twilight and Cadence under the ruins of the castle's tower, Celestia's reinstatement, the negotiations with the Changeling Queen...

Suddenly, the blood froze in his veins. Mirage couldn't move, just gazed into the ether, as a switch clicked inside his brain. It took him a long time, but he felt he finally connected the dots and solved the sinister puzzle.

“Of course!” he exclaimed, taking rapid breaths. “How could I have been so blind?!”

He couldn't idle any longer. He knew he had to run again and so he did. The cobalt stallion ran as fast as he could, back the way he came, but this time he was pursued par his own thoughts. He roamed far away from Canterlot, yet the certainty grew stronger with every mile he consumed: Celestia was in grave danger!


Celestia recovered from the sudden illness that attacked her body and soul a few days ago, when she tried to restore the gravitational balance of the universe. She was looking at the city below her with a grim expression. Canterlot was still seething, the ponies demanded to know the truth about the Manehatten blast. Menacing storm clouds were forming over the horizon, heading towards the city. Strange, sinister noises traveled with the cold wind and the crowd was getting angrier and angrier with every passing hour, like they were fomented par an unknown force.

Celestia was suddenly startled par the loud bang of the door, as it was busted open. Twilight Sparkle rushed inside, looking very disturbed and excited at the same time.

“Princess! There toi are!” she gasped. “I've found something that could solve our problems, come!”

“Twilight, what are toi talking about?” Celestia raised a brow.

“Come, come! You're not going to believe this!” Twilight urged and without any further hesitation she grabbed her former mentor's hoof, dragging Celestia with her.

“Where are we going? What's the rush?” Celestia asked.

“The library! I've found a book that ends our troubles once and for all!” Twilight replied, breathing rapidly.

Her anticipation quickly caught up to Celestia as well and she followed the lavender Princess willingly. After crossing a few corridors, Twilight came to an abrupt halt in front of a large door.

“In there!” she a dit feverishly, after opening the door.

“What's in here? It's too dark, can't see a thing.” Celestia inquired poking her head inside.

“Hold on, I'll enlighten things for you.” Twilight a dit with a strange smirk on her face.

“What are toi talking about, this isn't...” Celestia began but she couldn't finish her sentence.

While she was distracted, the younger Princess picked up a heavy half-length portrait of Luna with her magic and struck Celestia's scruff with it, before she could do anything to prevent that. The majestic body of the sun matriarch fell onto the marble floor unconsciously with a loud thud. Twilight immediately cleaned the blood from heavy, blunt object with a napkin and put it back to the the same place it was before. She towered over the helpless Princess with a devilish grin.

She tried to get up, but she couldn't. Her body felt like it weights a ton, forcing her to the ground. She couldn't even flap her wings; there was a transparent green cercle around her barrel, pressing her fragile feathers against her sides, keeping her wings folded at all times. Celestia struggled for a while, but could not break free from these astral bounds. Eventually she gave up, gasping for air. Then she started paying attention to her surroundings. Although she could not see anything in the solid darkness that settled on her, she could hear different muffled noises as she perked up the ear. A female orator speaking passionately, the cheering of the crowd, metallic clashes, distant thunders...

Perplexity and utter confusion overwhelmed Celestia, she didn't know where she was ou how she ended up here. However, her rational mind suggested that she was ponynapped. The orator kept monologuing for some length, but she couldn't understand the words. Then the sudden sunlight blinded her for a few seconds, when the two-winged door in front of her opened.

“...and here's the source of all our problems!” the mysterious orator exclaimed.

Celestia was dragged out to the open par an invisible force; the same power than was pinning her to the ground.

“Ponies of Equestria!” the orator called out loudly. “You demand the truth! I give it to you!”

Celestia looked up to the tall figure of the agitator, but she could only see her silhouette, until her eyes adjusted to the pale sunlight. She looked around dazedly, only to realize she was still in Canterlot Castle, on the spacious, wide balcony of one of the towers. It seemed the whole city was below them, every inch of l’espace around the château was filled with furious ponies.

“Rise!” The orator commanded and the mysterious forcefield around Celestia weakened, just enough for her to stand up.

Only when she could stand Celestia recognized her accuser and her jaw dropped in shock and surprise.

“Speechlessness is a sign of guilt!” the mare shouted to the angry crowd and turned to the Princess. “Welcome to your trial, Celestia!”
tailsfan111, HungaroBrony and 2 others like this
KendiKens That was...AWESOME!Good that you're getting back! 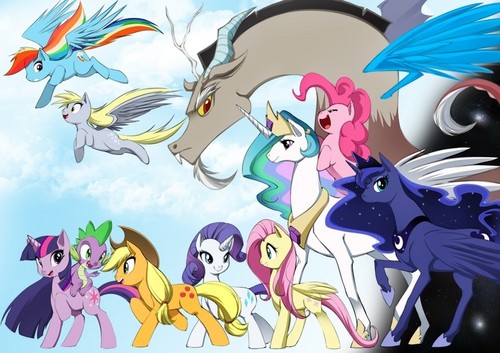 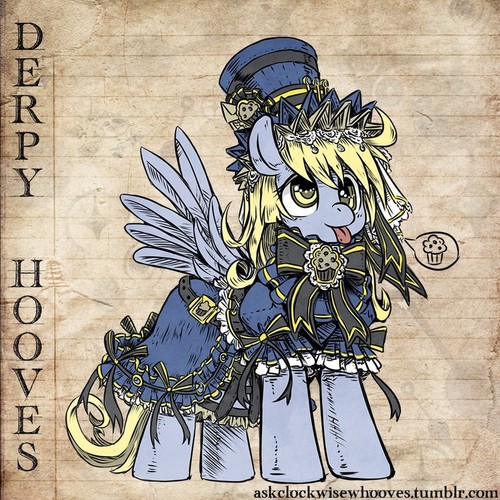 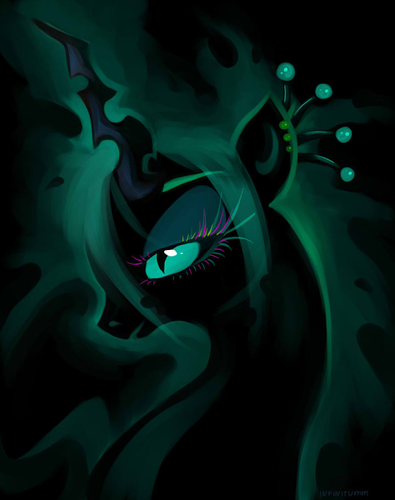 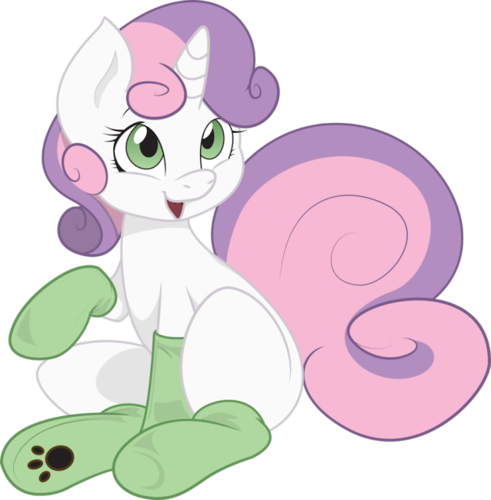 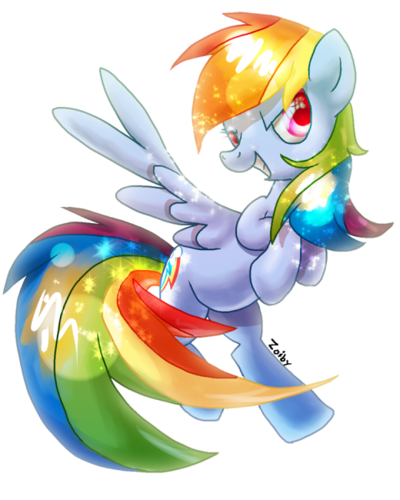 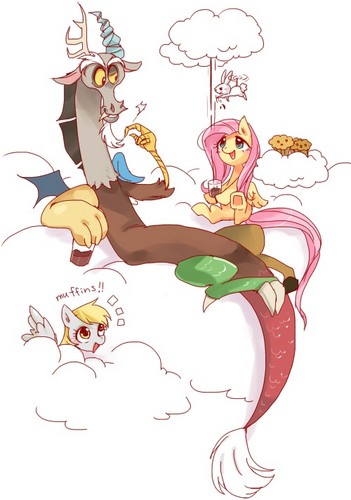 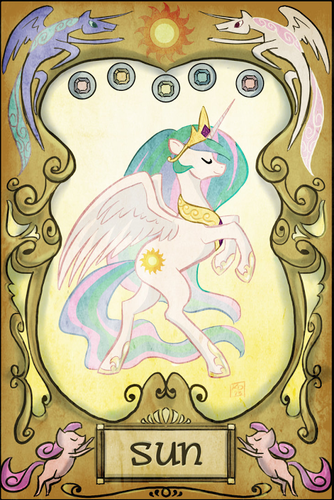 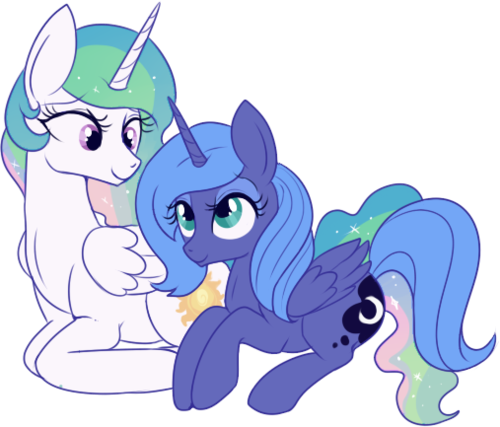 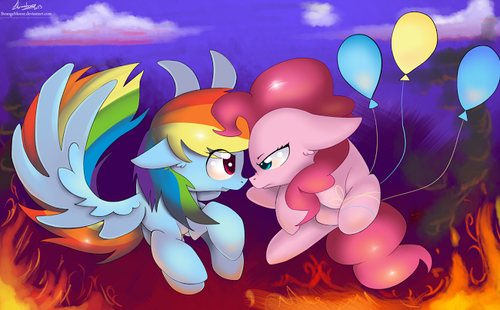 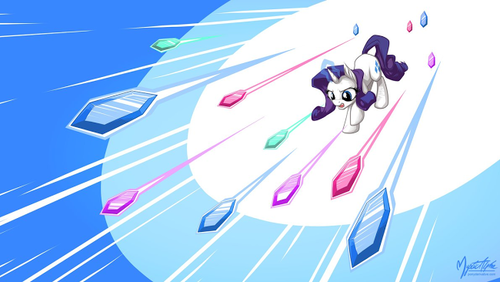 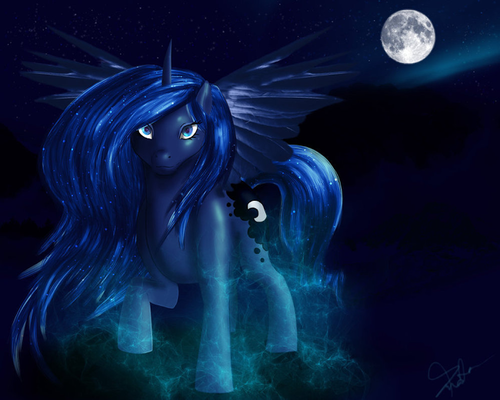 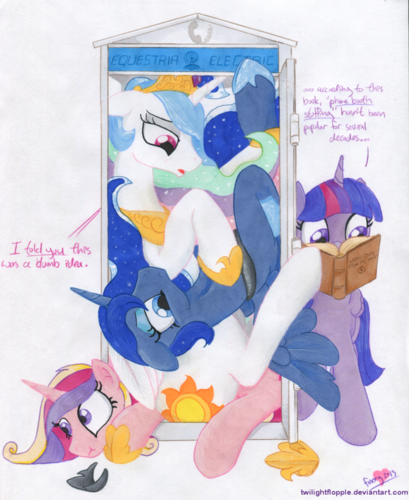 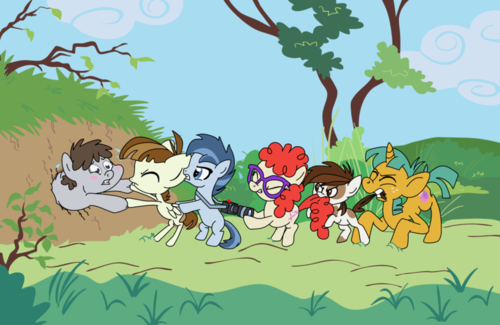 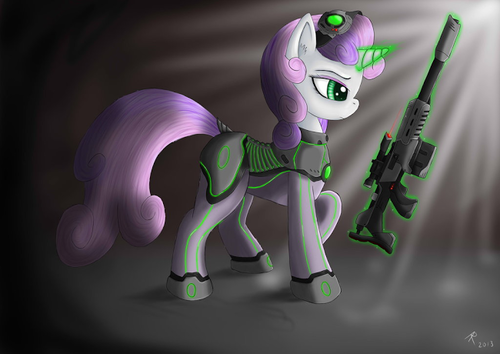 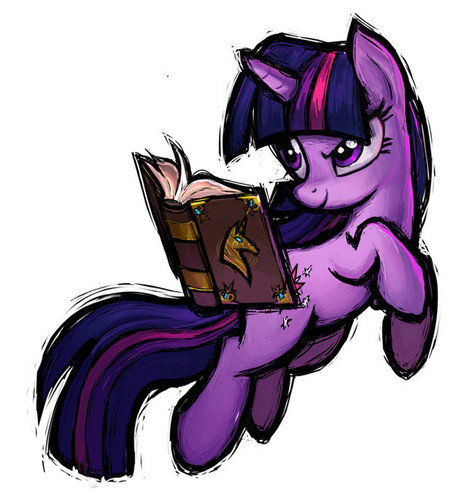 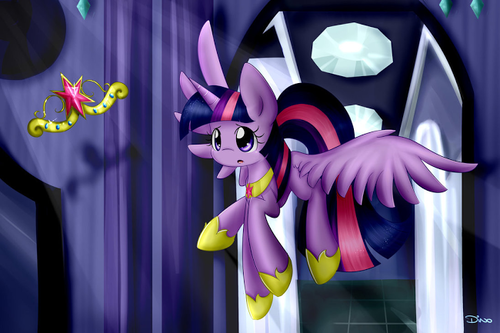 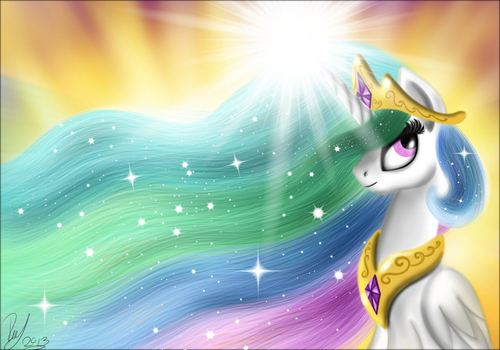 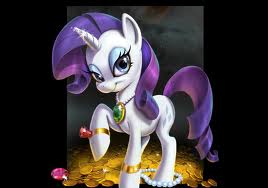 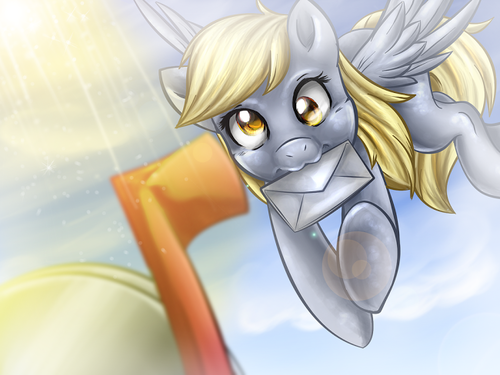 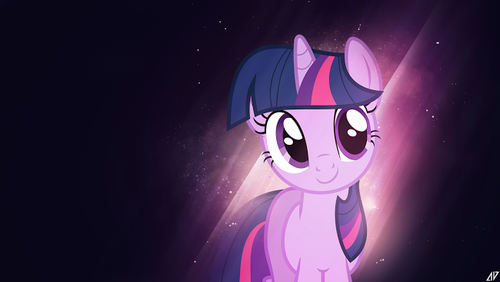