2
The Racer part 1
posted by Seanthehedgehog 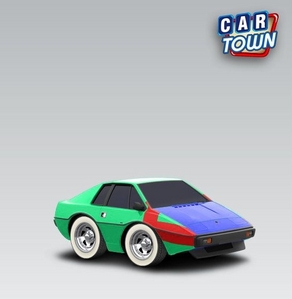 It was a warm evening in Appaloosa, as a Lotus sped down the highway being driven par two russian stallions.

This was playing on their radio link 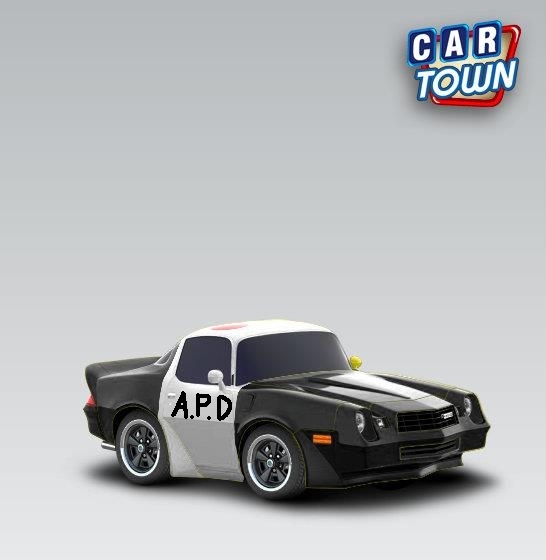 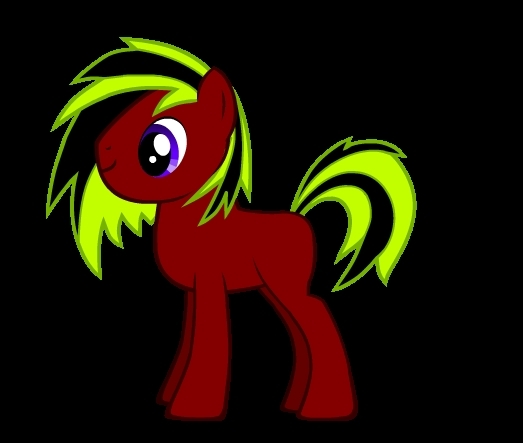 The driver. His name is Sergi. 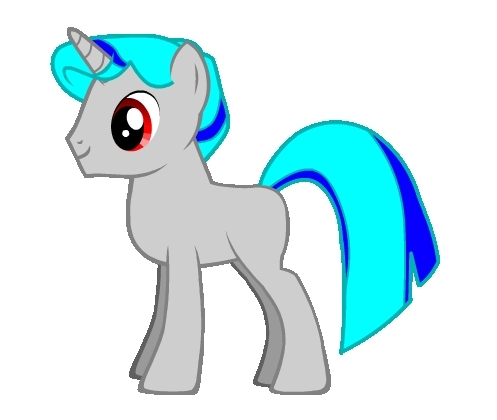 Apyr
tailsfan111 and NocturnalMirage like this
NocturnalMirage Nice. Let's see where this goes! :)
karinabrony Cool!
alinah_09 From Car Town? in facebook? yeah...i have that game in facebook...
Seanthehedgehog Thanks everyone, @Alinah, cool. Maybe we could be facebook friends.
alinah_09 i dunno...i dont want to show personal information...
Seanthehedgehog You don't have to
2
Hedgehog In Ponyville 7 part 8
posted by Seanthehedgehog
As arc en ciel carried both me, and Twilight, Robotnik woke up. He decided to run away, and think of another plan.

Pinkie Pie: Where's Twilight?
Applejack: I see her! arc en ciel is carrying her with Sean.
Rainbow Dash: *enters train* Why did the train stop?
Applejack: We don't know.
Rainbow Dash: Ok, I'll deal with that. Rarity, do toi know any ressurection spells?
Rarity: I'm afraid I don't darling.
Rainbow Dash: Shit. We have to get to Canterlot pronto! *flies to engine*
Nazis: *start to arrive*
Rainbow Dash: They killed the engineer, and took all the coal! *flies to back of train*

FIM Rarity: What is it? And where's Pinkie Pie?
FIM Twilight: Man, I have no clue!
FIM Applejack: I suppose those other ponies that look exactly like us killed her! Their version of arc en ciel Dash was scared when I attacked her.
FIM arc en ciel Dash: Oh, of course toi had to beat me up! Why couldn't toi have gone for the one that looked like Rarity?
FIM Rarity: How dare you?! No one is supposed to hit a lady!
FIM arc en ciel Dash: We're all "Ladies" I think I can beat toi up if I wanted to.
FIM Fluttershy: Um. Can no poney get beat up?...
continue reading...
2
Dirty Harry Part 8
posted by Seanthehedgehog
It was another bright morning in San Franciscolt. A group of happy colts, and fillies were getting ready to go to school on the bus, when the bus driver stopped at the bus stop. Then that's when Scorpio arrived.

Bus driver: Come on in children.
Scorpio: And stallion! Ok, take me to a phone booth.
Bus Driver: I can't sir. I gotta take these kids to school
Scorpio: Either toi do as I say, ou I get my gun to have toi fired.
Bus Driver: Fuck. *drives*
Scorpio: salut kids, I'm going along with you. Who wants to sing a song? Old Mcdonald had a farm
kids: EIEIO.
Scorpio: And on his farm he had a duck....
continue reading...
2
Autobiography Chapter 5
posted by Seanthehedgehog
Chapter 5
Where I am now

Today, there are a lot of great people on here, but much of the people that started this fandom left. Most people are upset because of this, but I have a way on getting past those kind of situations. For me, all that matters is the people I get to hang out with, and the ones that I enjoy being with are

Alinah09 - She has a bright personality, and is awesome at roleplay.
Applejackrocks1 - She's inspired me to do great things, and has become my best friend. She's nice to everyone, and everyone's nice to her.. ou at least, everyone should be nice to...
continue reading...
2
Autobiography chapter 4
posted by Seanthehedgehog
Chapter 4
Bad ideas

While most of my stories were enjoyed par some, there were a few terrible ideas that I made for fanfics. The first one was Mane Wars which turned out to be very short, and had a bad story line. I was so mad with it, that I deleted it. I only tried doing it, because it was based off this other TV montrer I saw.

Next were three articles I posté which had two stories in one. I thought it would be good since it was very long, but it turned out to be too long.

I republished six Con Mane stories which had all the parts in one article. No one read them, even though I was told to do...
continue reading...
2
Autobiography chapter 3
posted by Seanthehedgehog
Chapter 3
New fan

By October 2012, I joined the fandom. It was wonderful with the music, and the fanfics (Though a few call it Fimfics I think) and I had to find a way to be a part of the group. I did. I had the great idea of combining Sonic The Hedgehog with My Little poney in a fanfic called Hedgehog In Ponyville. The main character was the one I created, and he accidentally ended up in Equestria while trying to avoid Dr. Robotnik, the main villian of the story. The first two parts were commenté on par a user named Epicskyrim54. He liked it, but I don't think he got a chance to read the rest...
continue reading...
2
Autobiography chapter 2
posted by Seanthehedgehog
Chapter 2
Finding out

I first heard of My Little poney when I was 9. I didn't like it, but a few of my Friends (they were girls) made me play with them. I was embarrased at first, but I couldn't let them down. At that time I didn't know that the ponies my Friends were playing with, were scary G3 ponies. I didn't even know myself!

4 years later, I was watching Spongebob Squarepants when a commercial came on for a Princess Celestia toy. I was pissed off, and didn't even know about the bronies back then. Maybe they weren't even around yet. Perhaps they started being bronies toward the beginning of...
continue reading...
2
Autobiography chapter 1
posted by Seanthehedgehog
It's hard to do what toi can for the fandom of bronies. It really is, but once toi get started, it's like there's no turning back. That's how I feel sometimes.

Chapter 1
Before the bronies

Three years ago, I created my account for fanpop. At that time MLP: FIM wasn't around, for at least a few plus months. The an was 2010, and I was 13 years old, having been born in December of 1996.

During 2010, I came on here for one reason only. Sonic The Hedgehog. Back then, I was a huge fan of something way past cool. I liked it so much, I even made my own fan character. My account name is the same as...
continue reading...
1
Diamond Tiara's Are Forever part 4
posted by Seanthehedgehog 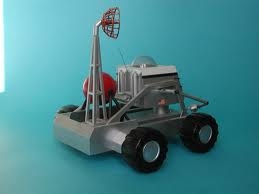 Con: Where is Discord's base?
Whataspy: On a oil rig west of here.
Cop 4: Hey, it's that car we've been chasing yesterday!
Cop 1: Let's get it!
Con: Cops, great!
Whataspy: Keep driving. *grabs gun*
Con: WHAT ARE toi DOING?!
Whataspy: *shoots cops*
Cop 1: We need plus officers, pronto!
Con: I got an idea *hits self destruct button*
Whataspy: What's that for?
Con: Trust me. *teleports away*
Cop 1: There it is.
Cop 4: They're gone. Set up a parking boot. 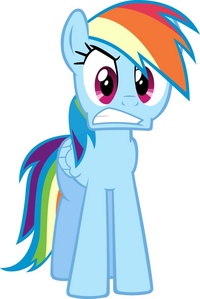 "Yes it was!"
After the situation at the golf course, Both ponies came back to Sweet pomme Acres and went inside the barn. It was the afternoon so the sun was setting, "okay! What was that?!" arc en ciel Dash questioned Applejack. ,"it wasn't my fault!" She argued. ,"yes it was! toi embarrassed me at the golf course, toi threatened a staff member, then toi got us both kicked out!" When AJ's arc en ciel marefriend yelled at her, the farmer poney cried because Dash didn't yell at her very often. ,"I'm sorry I really am" when pomme apologize Dash took a slow breath. "I tried to suggest we leave" "I know, I wasn't jouer la comédie like I should've" there was a silence in the grange for a few secondes then the mares hugged. "So toi want to gather apples with me tomorrow?" The orange poney asked. "Yes" arc en ciel Dash answered. After the sunset went down. RD flew up to her cloud-house. She was wondering what tomorrow will be like.... 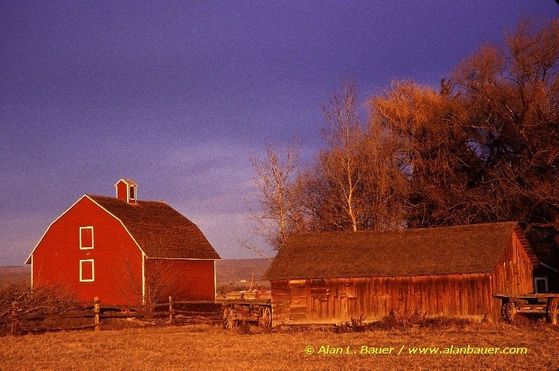 Sunset at Sweet Apple Acres
1
On Celestia's Secret Service part 4
posted by Seanthehedgehog
korean pony86: Intruders!
swedish pony48: It's the germans!
Fenix: Con, get on ze machine gun.
Con: *gets on MG, & shoots enemies*
swedish pony66: We need a rocket launcher!
swedish pony23: Here! *gets bazooka*
Con: *destroys bazooka*
german pony35: We have to land.
Fenix: Then do it.

All three choppers landed on the base, and all 15 ponies stormed out.

Moneybit: Welcome back Mr. Mane.
Con: Thank toi Moneybit. I better be plus careful, cause I'll only live twice.
Moneybit: I hear ya.
P: Glad to see you're still alive 0007.
Con: Oh yes. Even though I died I'm on another life.
P: You're second. Now listen, I need toi to go to England, and help M.I.6 stop someone from creating W.M.D's.
Con: What kind are we dealing with?
P: First it was grenades, now it's rockets.
Con: How big?
P: Big enough to destroy Manehattan.
Con: Well we can't allow that. I'm on my way.
S: Con. Wait up.
Con: Why?
S: P assigned me to go with you.
Con:...
continue reading...
1
Golden Iris part 4
posted by Seanthehedgehog

P: There toi are Con. I have a mission for toi to do.
Con: What is it?
P: I need toi to stop the Mexicans from destroying non mexican cities with a satellite named Golden Iris.
Con: Ok I'm on it.
P: Go see S before toi leave. He has some stuff to montrer you.
Con: *walks toward gadget developing area*
Moneybit: Still wrecking exotics Mr. Mane?
Con: Only if I have to.
Moneybit: S is ready to see toi now.
Con: salut S. Sorry about your leg.
S: What for?
Con: toi broke it and-
S: *shoots missile*
Con: :O
S: Let me montrer toi your new vehicle. Meuzda Derpy, the perfect vehicle for the mission you...
continue reading...
1
Golden Iris part 3
posted by Seanthehedgehog
The suivant jour four Chevronet Pearlas pulled up toward a new helicopter.

Con: *sneaks by*
Dutch poney 1: We would like to thank the Mexican Military for lending us one of the very first helicopters to us.
Crowd: *cheers*
Dutch poney 1: This chopper has two machine guns, and four missile launchers.
Con: *walks away*
Senia: That poney is a spy!
Con: *runs away*
Dutch ponies: *block Con*
Con: *escapes with magic*

Con was on his way to Canterlot, but lets go to a Russian military base.

Boris: Charleen. Come check this out!
Charleen: What is it?
Boris: *shows desktop*
Charleen: Why did toi put a pair of titties...
continue reading...
2
The problem with Applebloom: Part 11
posted by shadowknuxgirl
It was awful. Flames covered the town like a blanket. Hydras and full-grown dragons stormed the small village. The sky was a dark red, and the only things toi could hear was the roars of horrific monsters and the screams of terrified ponies. Twilight ran through the terrified scence, searching for her friends. She shouted at the haut, retour au début of her lungs, "PINKIE! RARITY! FLUTTERSHY!" she kept moving, to avoid getting caught par any monsters who might spot her. "APPLEJACK! RAINBOW!" Then she saw one of the worst things that could happen. It was Princess Celestia. She lay on he floor, covered in ash,...
continue reading...

1
My Little poney
added by karinabrony