Murder On The Orient Express Review
posted by deedragongirl 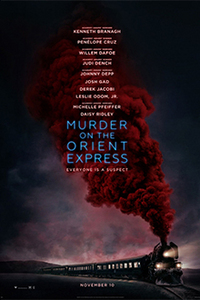 Red smoke!
Hi guys, I had seen the 2017 remake based on the Agatha Christie's classic, so are toi ready for the review?

Although I haven't read the novel, and while I am a fan of the TV series. This version has to much talking and less suspense in it unlike the TV series, I mean, couldn't we just to know who the murderer is?
Despite the flaws, the film has some comedic moments in it that my mom and I really enjoy it.

Okay, I was not really happy with Poirot's appearance in this, he looks like an elderly version of Joseph Stalin. Especially that mustache! If toi seen the TV series,...
continue reading...
More Cards
1234567891011