pic says it all
I figured out Steven was gone for a week to help his grandma with lung cancer. So it'll be just be me, Michael, and Oliva. I ordered KFC, I cleanned the house, and I got Oliva in a nice dress.

At dinner
When i was done with the dishes, I turnned around and I saw Michael. "What an unexpected surprise." I said. "Unexpected surprise?" He said. "Yup." I a dit and lead him to the dinning room. "Tada." I said. He sat down like he was rich. (Wait, he's a singer so he is rich.)"KFC,mmmm, toi read my mind." He said. dîner was so silnet. But Michael broke the silnce.

After dinner. "Well I'll be here for a month, so call me about things. Ok?" He said. Then he left. Then I went to call Steven. "Hi Steven." I said. "Hi Kaykay." He said. "Wait Wendy, I'm talking to my sister." He said. "Who's Wendy? I thought we were married not silbings. Steven, are toi cheating on me?" I said.

"Wendy is my boss." He said.
"Why did toi lie to your boss?" I asked.
"About what?"
"I'm talking to my sister."
"Ummm, fine, toi caught me. So what do toi want now?"
"A divorse!" I yelled and hanged up. I cryed for hours. Then I walked to my living room, Michael was there. "I forget my jacket." He said. "Why are toi crying?" He asked. "None of your buissness!" I said. "Well, sorry for caring ." He said. "Fine, toi wanna know? Steven is cheating on me!" I yelled. There was 1 heure of silnce. "I got it!" Michael said.
"Huh?" I said.
"I have a diabolical master plan."
"What is it?"
"Well if I told you, it wouldn't be very diabolical, now would it?"
"You're gonna pull a prank?" I asked. "You can say that." He said.
suivant week, I was watching the news. (Nothing else was on tv) and it said.
Steven Johnson goes to jail for raping a child. Plus, I heard he cheated on 6 his wifes, Wendy, Carly, Jacie, Oriana, Rose, and Kaylynn. The childs name is Iris, this had been told par the king of pop. Iris would like to say-
I turned off the tv.
I called Michael. "That's your master plan?" I asked. "It's actully my diabolical master plan." He said. " Mike, it's not diabolical, it's a amazing! toi could be known as a hero." I said. "But sending your husband to jail is evil." He said. "Not my husband no more." I said.

Then me and Mike dated for 6 years intill...
I was watching the news AGAIN! And they said.
Breaking news, Michael Jackson is dead. He died from Cardiac Arrest. RIP, the king of pop. Then it went to commerical. Oliva was watching with me. She cried. Then she went to the kitchen. I didn't care cause I had thunder down under. But when I was done using the restroom, I went to check on Oliva. In the kitchen, She was laying on the floor, with a couteau in her stomach. "NOOOOOOOOOOOOOOOOOOOOOOOOOOOOOO" I yelled. June 25th 2009, I Lost 2 people that were important.
To be countied. (Yes, ther IS plus to this sad story.)
MJcutiepie2002, laceylady and 4 others like this
fayegaringan123 Sad... But great!!!
2
Say Say Say!
posted by paloma97ppb
ay Say Say" ranks as Michael Jackson's top-performing single on Billboard's ranking of the late legend's 50 best-charting songs, while a seconde duet between the King of Pop and a former Beatle bookends the list's haut, retour au début 10.


Billboard's tally of Jackson's 50 haut, retour au début titles, which features songs from his complete catalog, including solo recordings, collaborations and classic hits with the Jackson 5, was compiled from songs' chart performances on the weekly Billboard Hot 100. Songs were ranked based on an inverse-point...
continue reading...
2
Your smile
posted by mjhott 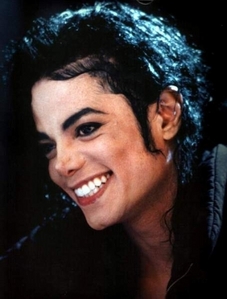 Everyday I think of you,
like your charm, your face,
just everything.
But the thing I think of the most
is that smile of yours.
Everytime I see it,
my cœur, coeur skips a beat
and my thoughts get Lost in it.
Your smile gives me butterflys in my stomach.
Your smile makes anges sing, a song that fills the streets.
Without that smile,
there is no joy in this world.
No one can replace it.
There is no mistake that when toi smile,
that wonderful, beautiful smile,
the world turns into a better place.
To: My LOVE, Michael Joseph Jackson
By: Gracie
1
Michael Jackson History Lyrics:
posted by aitypw 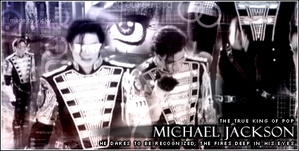 How many victims must there be
Slaughtered in vain across the land
And how many struggles must there be
Before we choose to live the prophet's plan
Everybody sing...

Don't let no one get toi down
Keep movin' on higher ground
Keep flying until
You are the...
continue reading...
2
Cry - lyrics
posted by Beatit
Somebody shakes when the wind blows
Somebody's missing a friend, hold on
Somebody's lacking a hero
And they have not a clue
When it's all gonna begin again
Stories buried and untold
Someone is hiding the truth, hold on
When will this mystery unfold
And will the sun ever shine
In the blind man's eyes when he cries?

Chorus:
You can change the world
(I can't do it par myself)
You can touch the sky
(Gonna take somebody's help)
You're the chosen one
(I'm gonna need some kind of sign)
If we all cry at the same time tonight

People laugh when they're feeling sad
Someone is taking a life, hold on
Respect...
continue reading...
2
Leave me alone - lyrics
posted by Beatit
Aaow!-Hoo hoo!

('Cause there's a time when you're right)
(And toi know toi must fight)
Who's laughing baby, don't toi know
(And there's the choice that we make)
(And this choice toi will take)
Who's laughin' baby

All alone
I sit accueil par the phone
Waiting for you, baby
Through the years
How can toi stand to hear
My pleading for you, dear
You know I'm crying

Now, go, go, go
Where toi want
But don't leave me
Here forever
You, you, toi
Stay away
So long, girl
I see toi never

What can I do, girl
To get through to toi
'Cause I l’amour you, baby
Standing here
Baptised in all my tears
Baby, through the years
You know I'm crying

You never ever worry
And toi never shed a tear
You're...
continue reading... 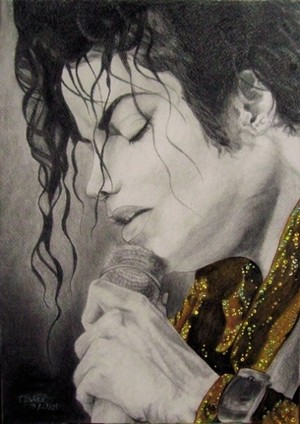 1
The Greatest Entertainer Who Ever Lived
added by cherl12345
2
Fancy and Michael: A Forever Friendship part 8
posted by KikiKool1983
Fancy's P.O.V.

The game only lasted about ten minutes, kinda pitiful if toi were to play in the NBA. Today was the last jour they could stay before they left in the morning, so we decided to hang out as for long as we could.

I was in the cuisine popping some pop corn, maïs soufflé during our sleepover downstairs. Auntie Colette was already asleep and left us to fret for ourselves....
continue reading... 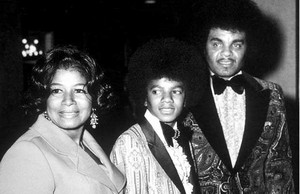 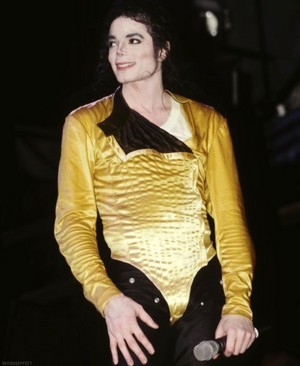 2
The Entertainer
added by cherl12345 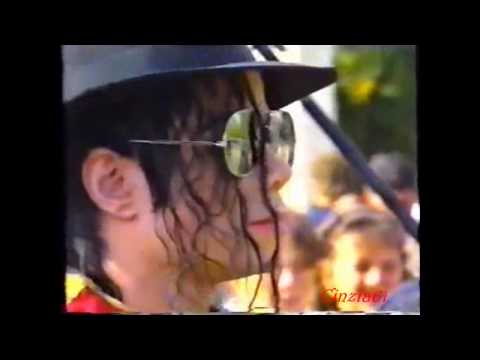 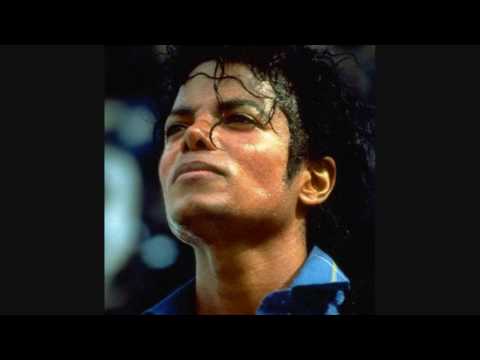 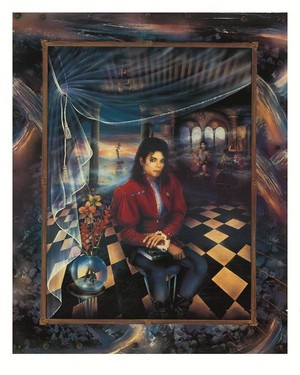 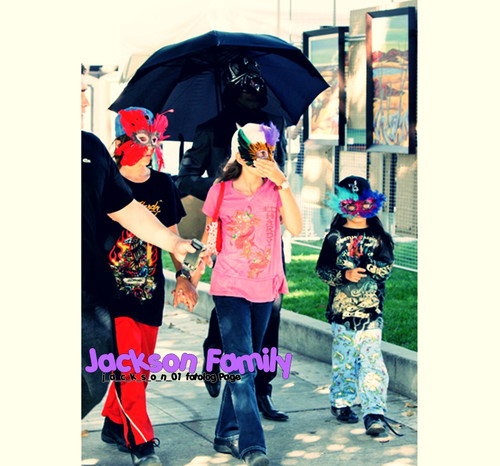 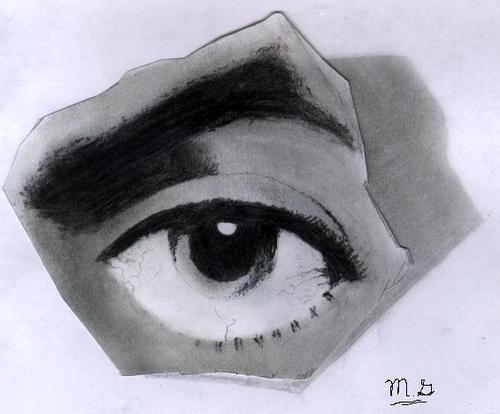 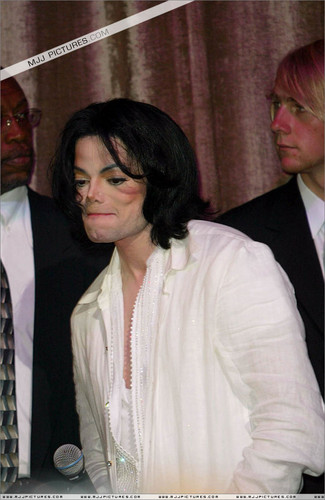