I was walking to school. It's my last jour and then it's off to months of volunteer work at the zoo, aquarium, animal shelter, pound, etc. I don't know why but ever since I was a...
continue reading...
Ninjago X Reader One Shots *Request Open* *Please Request!*
posted by BubblesAndAce
Okay, so this is something I see a lot on fanfiction sites. I've always wanted to do one for myself, just to see if it works out.

So, toi request a character (and a plot, if wanted) and I write a reader-insert one shot about him/her!
(A reader insert is a story where the reader gets to be a part of the action. ie, instead of putting an actual name ou eye and hair color, the auteur would write [name], [hair color], ou [eye color]. Lie this: [Name]'s beautiful [favorite color] outfit went well with her [hair color] hair.)

So, I wanted to do this for Ninjago! Just commentaire what character, theme, plot, setting. Really, all toi have to put is a character, but just put the other stuff if toi want.
Chapter 8- The Under world
posted by nindroid
Cole POV

I was upset. Zane's words meant our Friends were gone. Just then, the huge doors to the temple opened. There stood Kai, a girl, and Carisa. Carisa was on the back of, "Dragon!" I shouted, and hid behind a post.
" Our father used to tell us storys about the dragons. They are mystical creatures that belong to both worlds." The girl said. I guessed she was Nya.
"Once he realized we were protecting the weapon, he actually became quite a softy." Kai told us. geai, jay tried to talk, but only rough noises came out of his mouth.
"He can not speak, but he would like to know if toi like blue." Zane told...
continue reading...
Lil' Nelson Volume 5
posted by ninjagogrizzlam
While Liam and Nelson winced at the woman gripping their wrists, it became clearer that there were four guards with spears at the entrance of the palace. Two guards on the left wore black boots and two guards on the right wore dark brown boots. They all wore dark blue coats with white fourrure and had red scars on their faces.
“Guards, please allow these children to enter,” the person in the middle of Liam and Nelson demanded.
The guard with black boots gave Liam a mean glance. “Is this the boy who a volé, étole the blizzard samurai’s ice supplies?” he asked.
“Yes,” the woman sighed. “I brought...
continue reading...
Lil Nelson' Volume 2
posted by ninjagogrizzlam
"Antonia!" Nelson shouted so loud that his voice cracked. "Where are you?"
A girl with dark red boots sprinted down near the arbre the purple-clothed helper was near to. "Nelson! I haven't seen toi in a while." With a confused look, Antonia glanced at the child sitting suivant to Nelson. "Who is this kid?" Antonia questioned.
"He... um..." the desperate kid's new buddy realized that he forgot to ask what was the child's name. "What's your name?" he asked the kid.
"Liam," the fidgety child replied weakly.
Afterwards, Nelson explained how he met Liam and what he heard about the nearly-invisible portal...
continue reading...
Lil' Nelson
posted by ninjagogrizzlam
"Nelson!" Nelson's mom cried from upstairs. "Be sûr, sans danger when toi cycle to the park."
"I will,' Nelson the purple ninja emphasised. "I just hope that I get to meet Antonia in time; we haven't talked in weeks!" In a rush, the 10-year-old packed his water-bottle, ninja chips and Lloyd minifigure in his backpack and rode into the city.
The sky was filled with fireballs when it should've been filled with clouds. Ninjago City's citizens were desperate for shelter because of the Pyro Vipers, who were fiery snakes controlled par a hateful serpentine Queen called Aspheera.
"Here we go," Nelson cheered. "I'm...
continue reading...
2
Sister vs brother
posted by electragarmadon 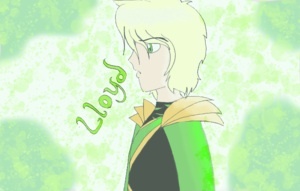 "[Y/N]!"
toi had looked up from the book toi were lire on the coach. (If not comic XD) To see A red faced Kai.
toi tilted your head. "What's the matter Kai?" toi asked. "Training gone bad again?" A small giggle escaped your lips but Kai.... he was not amused. Not one bit. He just glared at you. One serious face. Hes brown orbs stayed connected with toi (e/c) ones.
"Okay,okay. What up? toi seem upset....." toi finally a dit sighing.
"Upset? Upset?" his voice was getting higher....
continue reading...
The winds of change (chapter 4)
posted by Mockinjay1400
Read the précédant chapter!
link

Sorry for the delay! There was a problem with bullying at school, and I had to support a friend, and there were all these school fundraisers a I had I help with. And now it's exam week. In about ten days I'll have two full months two finish this! But if it goes into suivant year, I'm screwed. I'm starting high school and maynit have too much time for fanfics. Thanks for understanding!

{Hey, before I get goin with this, I ask toi all (or anyone with instigram, at least) to go and follow @ask_the_ninjas_of_ninjago.}

Phinéas et Ferb
Lil' Nelson Volume 4
posted by ninjagogrizzlam
As Liam and Nelson felt the snow on their uncovered hands, the wind howled in the chilling breeze.
Nelson rubbed his eyes and viewed the craggy mountains in his sight. He gazed at the dark blue sky, while Liam peered at a marching army in the distance. “This is the Never Realm?” Nelson whispered.
Liam was so focused on staring at the approaching ice warriors that he couldn’t respond. With every step they took, his arms felt plus numb and the plus he wondered why he even dared to enter such a place. When the warriors got closer, their leader stopped them. His blue eyes gave the shivery kid...
continue reading...
Lil' Nelson Volume 3
posted by ninjagogrizzlam
Nelson was so stunned he couldn’t speak.
“Um… Nelson? Are toi okay?” Liam asked. He fidgeted with his fingers and looked at the spot where the portal to the Never Realm once was. When he realised that Antonia was out of sight, he was so surprised that he jumped. “Wait, where’s Antonia?” Liam gasped. “Antonia? Can toi hear me? I’m sorry if my stuff about the Never Realm was boring for you! If toi come back, I will offer toi all my ninja chips!” he shouted so loudly that nearby birds flew away. “Antonia!”
Every time Liam shouted the name ‘Antonia’, Nelson tried to swallow...
continue reading...
1
Rise Taker (Cole x Reader)
posted by BubblesAndAce
Cole X Reader
Adventure!Romance!One-shot

"(Your Name), hold up!!!" Cole yelled.
The (hair color) haired girl just ran faster toward the big bridge. She was very excited that Cole had agreed. No one else on the bounty seemed to want to go bungee jumping with her except for her best friend.

"You hurry up, slow poke!" (Your Name) yelled, picking up her pace.
Cole hurried after her as she dashed onto a bridge.

(Your Name) set down a very heavy-looking bag beside her. She opened it up and dug through it, finally pulling out two thick green...
continue reading...
l’amour out of four
posted by lovecole
Waring: this has a yaoi and not a fellow up to last story) Kai walked into the game room he saw Cole and Zane playing a video game. I Won! Cole shouted. Can ...... Kai muterd as he stood there like a zombie. Are toi O.K? Cole asked. Kai just stood there and then lied on the canapé as he watched Cole and Zane play the video game. dîner is done geai, jay said. What's wrong with Kai? Lloyd asked. I don't know Cole said. Cole ..... can I talk to toi outside? Kai asked. Sure pal Cole a dit cheer fully. ( outside) foins, hay so what's up? Cole said. Kai a dit nothing but kissed Cole on the lips. Why did toi stop?...
continue reading...
jay's lightning power
posted by vetyking14 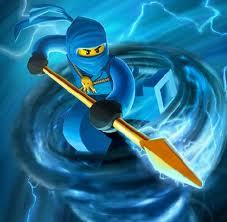 THE FINAL ATTACK!!
one jour at Ninjago city...

Jay: ahh a beautiful morning,but what's not so beautiful is WE'RE TRAINING AT THIS HOUR!

the ninjas trained until 9 AM

Jay: NOT EVEN LUNCH TIME!!

but it wasnt so boring as they think at 5 minutes later THE FANGPYRES ATTACKED!

Kai: we can see that jay

but Nya got kidnapped

Kai: WE GOT TO SAVE HER *got pwnd in the head * ouch

Zane: LETS MOVE!! *got hit in the head too* ouchie

Cole: well that was hopeless * hit in the head* ouchie

Jay: well that was hopeless * runs*

and his nunchucks was spraying lightnings

and he turned golden

TO BE CONTINUED AT "Zane's cold ice!" 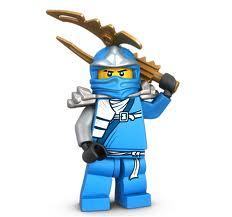 The school cloche, bell rang, signaling the end of math and my cue to smile. The jour wasn't even Half over and I was already bored. I stood up and grabbed my back pack, walking out of the room to meet up with Seek. She had French class so we agreed to meet at our lockers. I went to mine and put my math livres away.

The evening sunset had just cast its golden glow on the bounty's now-empty deck. Everyone was somewhere else, missing out on the sight as the bounty flew through clear skies, in full view of the glorious horizon in the early evening.

Then there was (Your Name), the girl who now leaned on the railing, ever-so-dangerously, and let the evening light bathe her (skin tone) skin. Her (hair color) hair bellowed as the bounty moved vers l'avant, vers l’avant almost magically. salut (eye color) eyes sparkled in the light.

[Jazz]
We took turns finding food. I would hunt, gather fruits, and poisson while Cassidy and Cole looked for a way off the island. Cole would do the same while Cassidy and I looked for a way off. Cassidy did too, ect, ect.
Today, Cole and I sat at the edge of the highest cliff on the whole island, looking for some sign of other life. The cliff itself was a clearing behind some trees. Walk up the hills, travel through the small dense forest, then toi find our spot.
Cassidy was hunting. We sat at the edge of the cliff, our legs hanging off.
"You think we'll ever get...
continue reading...
Chapter 11- Rise of the Serpintine
posted by nindroid
Carisa POV

I wrapped cold bandages around Kai. I felt awful. I was the ninja of water, and I can't even tap into my powers. I could have saved him from the pain. Kai stirred. I was surprised. The incident had happened a heure earlier, and I was replacing his bandages. His eyes slowly opened. He did not speak, only looked around. He looked at me. "Hi, Kai" I said. He looked like he wanted to talk, but he passed out again. I finished tending to him, and went to rejoindre the others. They were training.
"How's Kai?" Zane asked.
"He seems to be recovering quickly. He woke up for a few seconds, but passed...
continue reading...
1
chapter 2 - training
posted by nindroid
Carisa POV

As I followed after the old man, I turned to the young boy walking beside me. " So, I didn't catch your name." I said. " Mine's Carisa."
" Kai." Was his response. I really hoped we could get the girl back. She seemed very important to Kai.
"We are here." We stood at the bottom of a mountain.
" Where is here?" Kai asked. The man pointed up. " We have to climb this thing?!?" Kai asked in disbelief. I was kinda looking forwards to the climb. with a quick nod, the man began to climb. I followed him. Kai trailed behind. I decided to slow down, let him catch up. The man was at the haut, retour au début already....
continue reading...
More Cards
1234567891011