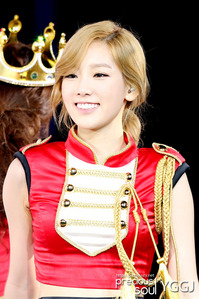 Appearing on jTBC’s Girls’ Generation and the Dangerous Boys, Girls’ Generation invited wrestler Seo Du Won to teach boys how to fight. During the shooting, another wrestler, Cha In Ho, who joined the program to help Seo Du Won caught eyes with his good-looking appearance, and then made even bigger waves par claiming himself to be Taeyeon′s huge fan par saying, “Forget about any other description, just call me Taeyeon’s loyal fan.”

Contrary to his well-built body, Cha turned out to be so shy that he couldn′t even look at Taeyeon properly - but the Girls′ Generation member proved...
continue reading...
1
Taeyeon to Make a Cameo Appearance on ‘Salamander Guru and the Gang’
posted by joonie4ever
Girls’ Generation’s Taeyeon will make a cameo appearance on SBS’s new sitcom, “Salamander Guru and the Gang”.

On January 25, a SBS official expressed, “There will be cameo appearances on every episode of ‘Salamander Guru and the Gang’. Taeyeon has finished her recording for the sitcom yesterday, and will appear in 3-4 episodes instead of one.”

Taeyeon’s involvement in the drama adds on to Girls’ Generation’s jouer la comédie plans in early 2012. Even though she will only appear briefly, fans are already having high expectations for her cameo in “Salamander Guru and the Gang”, having witnessed Taeyeon’s jouer la comédie skills in the musical “Midnight Sun”.

“Salamander Guru and the Gang” has caused a stir amongst K-pop fans when labelmate SHINee’s Minho was announced to play the lead role. This drama will have a total of 10 episodes, and its first broadcast is scheduled to be on January 25 at 11:05 PM. 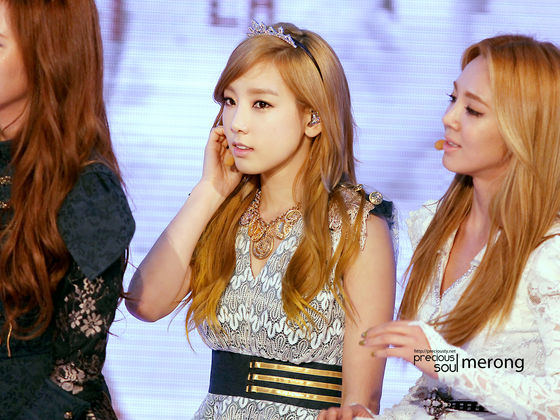 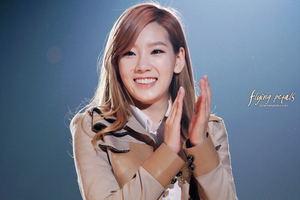 Taeyeon of Girls’ Generation celebrated her 23rd (24)in korean birthday yesterday on March 9th KST, and decided to leave a birthday message for fans on the group’s official website.

Taeyeon left a post on March 1oth with the title, “What’s up, Sone!”

She went on, “Every an it seems that I receive so much that I don’t really know what to do, and also feel a bit embarrassed. Today, I mean yesterday, was spent happily. I had a party with those I l’amour most, ate food, and took pictures. Hehe. Thank toi and l’amour toi to my members. I l’amour Sone as well.”

She then addressed fans concerns...
continue reading...
2
SNSD’s Taeyeon has no desire to become a solo singer
posted by joonie4ever 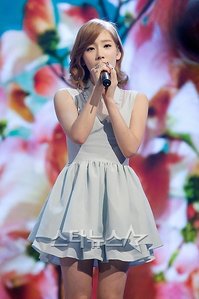 SNSD leader Taeyeon confessed that she has no desire to become a solo singer, expressing her strong attachment to her fellow members.

When asked if she ever thought about becoming a solo artist, Taeyeon responded, “No, I feel less intimidated and burdensome on stage thanks to the girls.”