A Review Of Gotham, Batman's Prequel montrer
posted by whatsupbugs
Gotham is a live-action montrer that was done par Fox. The show, which had five seasons, premiered in 2014. The montrer takes place before James Gordon was the Commissioner and before Bruce Wayne became Batman.

My expectations for the show:

Before watching the show, I had a lot of doubts and complaints about the show. I absolutely l’amour Batman, so I want the world to have as much Batman content as humanly possible. However, a Batman montrer that took place before Bruce ever became Batman seemed baffling to me. After all, isn't seeing Batman the reason people watch Batman shows? Also, I had become used...
continue reading...
Gotham montrer Series
posted by twinedan
Are we getting what the films haven't shown us? Perhaps. My answer is definitely, yes. plus villains have been portrayed than the movies. Going far beyond the basic 4, the Joker, the Penquin, the Riddler, and the Catwoman. While the films have shown us Two-Face, Mr. Freeze, and Poision Ivy. Then in Chris Nolans' movies, Ra's Al Ghul, the Scarecrow, and Bane.
Now we've seen the likes of Hugo Strange, Jervis Tetch, Firefly, the Court of Owls and those we are yet to meet in season 4.
question is, will we see the League of Shadows and Ra's Al Ghul? Would l’amour to see them destroy the Court of Owls and Gotham. Will this happen, who knows. Consider the fact the Court of Owls are not part of the Batman comics ou have never been mentioned anywhere in any of the précédant Batman movies. It certainly indicates the Series is going, somewhat, in a new direction. Good ou Bad, who knows. What do toi think?
3
Nygmobblepot = OTP
posted by SherlockStark 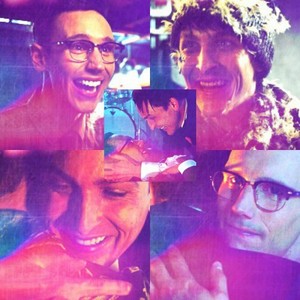 I finally decided on a OTP – one true pairing, favori fictional couple of all the fictional couples – I choose Nygmobblepot. The deep, emotional bond between Oswald Cobblepot and Edward Nygma on Fox’s Gotham gives me all the feels.
ALL. OF. THEM.
So, what makes them such a beyond wonderful pairing? Let me tell you!

First off, both Oswald and Edward are both fully developing characters. Sometimes when écriture a couple one of the characters is plus developed and plus important to the global, ensemble storyline than the other character is. This makes the relationship dull and difficult to invest...
continue reading...
2
Nygmobblepot Playlist
posted by SherlockStark
I made a little playlist for my OTP <3
Following the course of their relationship on the montrer (so far). Also, limited par the songs I have on itunes. :)

Slept So Long - Queen of the Damned Soundtrack

Get Away With Murder - Jeffree Star