3
Loneliness is a Drug that Can't Be Denied- One-Shot
posted by Yankeesam32935
A/N: It’s time for a bit of honesty. I’m going to be leaving this fandom shortly. And with that I give toi my last fic that I will be écriture for Gossip Girl. It has been fun.

The elevator doors opened slowly and Blair peered into the constricted l’espace only to see the one person that she swore she would never like to see again, but then why was her cœur, coeur beating so fast? There he stood, looking at her solemnly and holding fleurs in his hands. She looked at him quickly, but she knew that he saw the disappointed look on her face. She wanted to montrer that she didn’t have any feelings ou emotion left towards him, but she didn’t quite succeed.
They were silent for several secondes until he spoke up. “I’m sorry,” Chuck’s voice was grave and dire from the pain. “I screwed up.” He handed her a bouquet of fleurs and she took them into her hands carefully.
She peered at the fleurs before saying in a dispirited tone, “It’s too late, Chuck. I’ve stood par toi through all of this, but I can’t watch toi self destruct any longer.” She brought her eyes back to his and saw the same hopeless that she felt reflected in his.
“Jack set me up.” He a dit it quickly and there was a plea in his voice. Chuck basse, bass was pleading with her and any other time that might have mattered, but she had made her mind up before and she wasn’t going to let something as little as this make her instantly forgive him, like she had so many times before. The elevator doors began to close and Blair almost wished that the elevator would avaler, hirondelle him whole, so she wouldn’t have to deal with the constant pain that came with loving Chuck. Just in the nick of time, he banged his hand hastily against the doors, so that they remained open again.
She finally found her voice again. “You have no one to blame, but yourself. I believed in you, your father believed in you. You- are the only one who didn’t.” Tears began to cascade down her face. She paused for a minute while trying to find the right words. “All I wanted to do was just be there. But today when toi called me your wife,” he shook his head in denial, but she ignored him and plowed on, “you made it sound like the ugliest word in the world.” She looked down at the floor in defeat.
Chuck tried again. “Blair, please.” He reached for her, but she pushed him away adamantly.
Blair looked at him one last time before dropping her eyes to her shoes. It was easier to talk to her Lanvin appartements then it was to look him in the eyes and say the words. “Sorry…but I’m done.”
The finality of her voice must have alerted him to how serious she was about her decision. Chuck stepped fully back into the elevator and just before the doors closed, she threw the fleurs that he had brought her back at him and they landed right suivant to the heel of his shoe. He stared at the fleurs until the elevator came to a complete stop. He left them there. Blair was done with him and he never thought that this could happen, but she had just broken his cœur, coeur and nothing he would do could make her forgive him in this moment. He would do nothing. He made a decision then and there that he didn’t need anyone in his life, especially someone named Blair Waldorf.

XOXO
He was drunk. Wickedly drunk. He looked around his suite and hardly recognized where he was. Room 1812, once such a symbol of peace and happiness for him, but it held none of that attraction anymore. He couldn’t even recognize himself anymore and he didn’t want to. Is this what grief felt like? It must have been because he had never felt like this before and he wanted to snap out of it, but he couldn’t and nothing irritated him plus than that, except for the fact that he was having trouble having sex with other women. No. He corrected himself, not sex, fucking. He wasn’t going to go all soft now on that. Why was he having such trouble though? He used to always be able to get it up. What was different now? He knew the answer immediately. Her.
Chuck went over to the sideboard and lined up bottles of liquor in the way that he was going to drink them. He was already plus than drunk, but he decided that it wasn’t enough. He would montrer them all that they were right about him. He was worthless and it was high time that he started montrer them that. No one cared about him. Absolutely no one.
A half heure later the first bottle of alcohol had been consumed. Gin. He didn’t particularly care for it, but it was alcohol nonetheless and he didn’t want to feel anything. He wanted to be the Chuck basse, bass that he had been little over a an ago. Numb. He wanted to be completely numb and not feel a thing.
The suivant bottle went down a little rougher. Whiskey. It burned his throat on the way down and made his eyes water. He disregarded that fact and kept on drinking. He didn’t want his sanity any longer. He just wanted the pain to go away and to be able to forget everything. That was his reason for getting blazing drunk, to forget everything and everyone. It wasn’t working. Fuck. Nothing would make him forget.
He grabbed the bottle of scotch and started to down it. He would welcome when he would pass out, but for now that wasn’t happening. He couldn’t even get properly drunk anymore. What the fuck was the matter with him? He gulped down the first bottle of scotch within ten minutes and when it was empty, aimed for the garbage bin and threw it. He missed. The bottle shattered into millions of tiny pieces on the floor.
Chuck stood up on shaky legs and had to hold onto the furniture all around him to make it back to the sidebar and grab the suivant bottle of scotch. He took several sips before he realized that he had tears streaming down his face. That would be bad enough, but he knew it wasn’t from the liquor and instead from the people in his life.
He angrily wiped the tears away and hurled the bottle across the room and it smashed into the oval mirror framing the foyer. The crash resonated and made him curl his hands into fists.
He started to smash everything he could find, various expensive antiques lying around, glass, all the alcohol that was there, and anything that he could get his hands on. It was for them. As he threw everything against the wall, he thought of Bart and the grief that he felt over his death and how his father had never loved him, his supposed friends, Lily, the chienne who had as good as killed her father, and he even allowed himself to think of her. For the first time in weeks he thought of her and he hated himself for it, so he upturned a table, tableau with items littered all over it and he forced himself never to think of her again ou say her name. That would be the end of him.
Chuck found that he was blubbering like a baby again and crumpled on the floor again and allowed himself a moment of weakness. He could envision her tangle of russet curls and her headbands, her tights, the way she smiled when she was plotting something, and lastly the smile she reserved especially for him.
Darkness followed. And he went into the dark abyss of oblivion.

XOXO
He caught up with her as she was exiting her hotel room and hailing a taxi. “Elle,” he a dit in surprise. “Where are toi going? What happened to the plan that we had?”
She had sighed and stopped short. “That’s it, Chuck. I got what I wanted and I don’t need toi anymore.”
Elle didn’t apologize, but acted as though he should have known that something like this would have happened. “You used me?” He felt like clutching at his heart, but he would never do anything like that in front of her.
“I had to. I’m sure toi understand that. toi seem like a great guy, but now that I have everything that I need, I really don’t have a use for toi anymore.”
Elle’s words cut him deeply and he couldn’t believe that he could have been so naïve and actually thinkt that she had feelings for him. He couldn’t even blame her. It was his fault. It was another case of no one caring about Chuck Bass.
An uncomfortable expression crossed her face before she leaned over to Kiss him lightly on the cheek. “Go find someone that truly cares about you.” With that she turned and walked out of his life, like so many other before her.
Losing her had been like losing a piece of himself and no he wasn’t talking about Elle anymore. He was talking about her. Elle’s words ran through his mind over and over again. Find someone that truly cares about you. For the first time in months he allowed himself to truly think of her. All of their games and the lies and the gossip didn’t matter nor did the past. He needed her. Blair. He could finally admit it. What he tried to hide for so long. His life wasn’t complete without Blair in it. It had taken him a long time to figure it out, but now that he had he wasn’t about to let her drop out of his life. Blair was it.

A/N: It would be lovely if toi could review my final fic for Gossip Girl. Tell me how I did. Thanks to everyone who has always encouraged me and you’ll see me sometime soon in a different random.

XOXO
Sam
tutiegal, LoveLiesAndLust and 1 other like this
edwestwick awesome, but too bad you won't be writing GG anymore I loved you're fics :(
MartineBass great fic, and im so disappointed you wont write anymore. but i wish you all the best 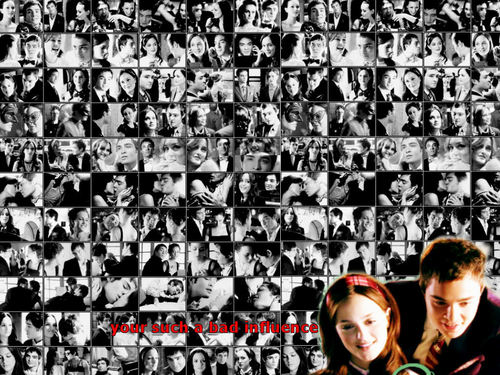 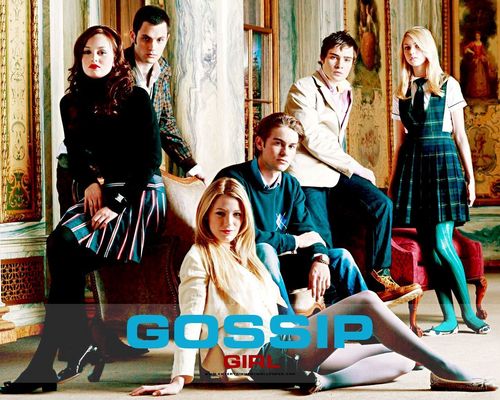 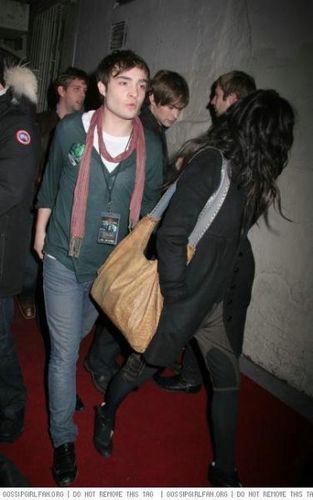 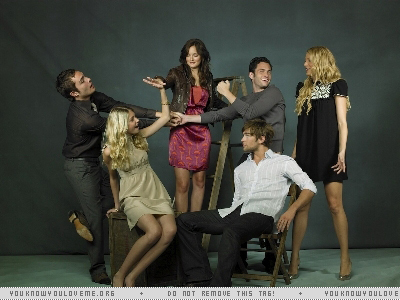 
Its the final jour of filming. The GG gang are filming the last few of the wedding scenes and the atmosphere is really good but emotional as the cast know it's their last jour together before their holidays.
They have just filmed Chuck's wedding speech and are taking their lunch break.

Leighton and Ed have eaten their lunch and are standing around on set talking.

L: salut let me know if toi see Seb, he a dit he was coming today but he's not here yet.
E: Ever heard of a phone...you can use it to contact someone to find out where they are.
L: (laughs) Well i dont have it with me do I! its in my locker....
continue reading... 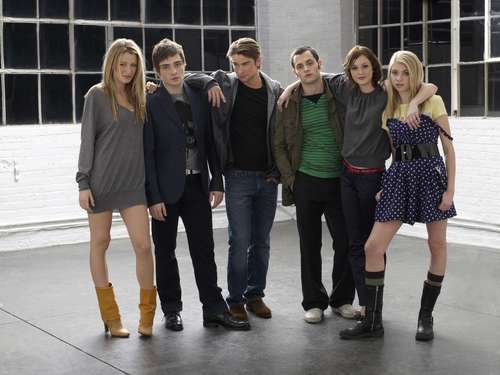 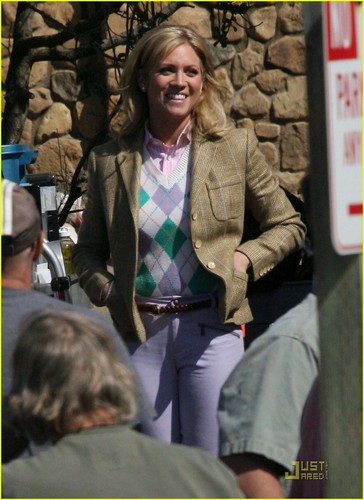 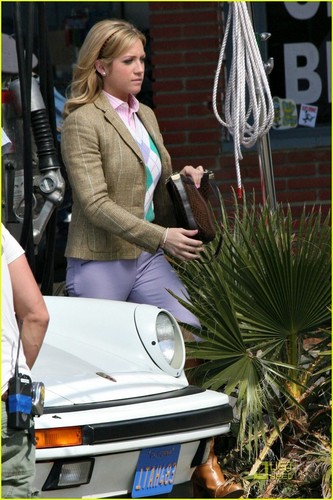 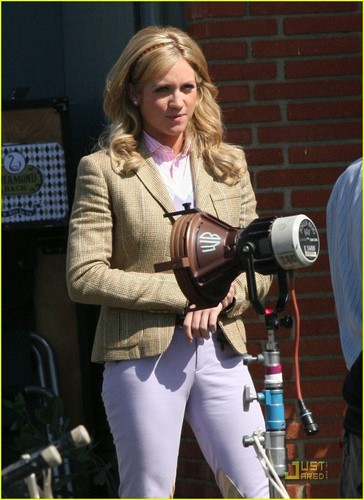 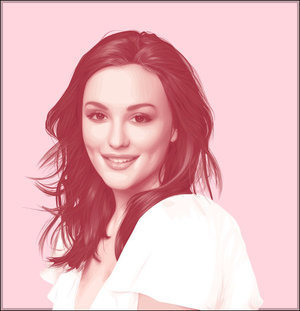 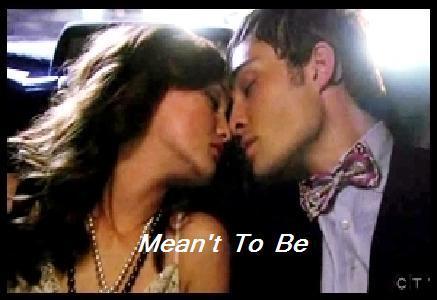 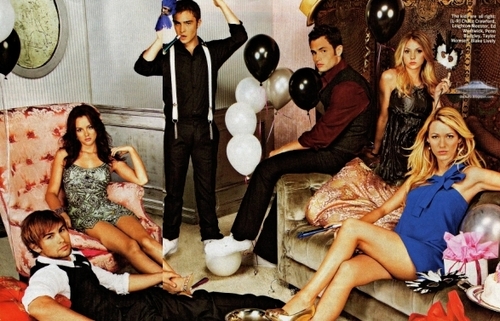 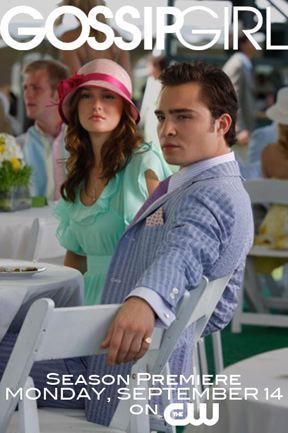 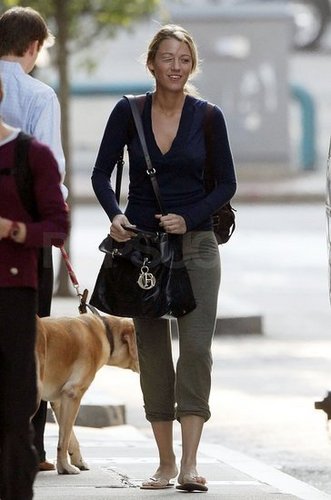 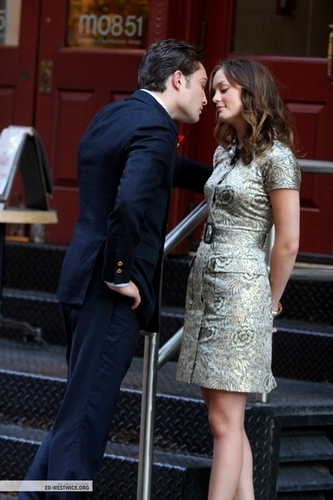 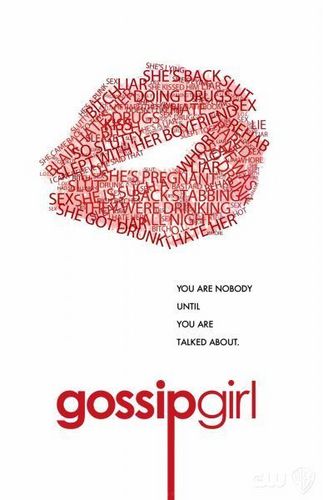