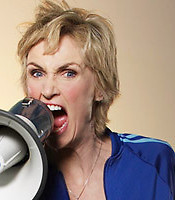 Favourite Character: Sue Sylvester, for sure!
1. Congratulations for being 'Miss June' on the Glee spot, How did it feel when toi realised toi had won?

Thank you, Kate! Well, honestly, I was pretty shocked at first, in a positive way of course. The thing is, I didn`t see that one coming like at all... I really want to thank all of these Gleeks who voted for me. I feel so honoured, toi guys! :)

2. What would toi say toi most enjoy about the Glee spot?

I think the most enjoyable thing about the Glee spot are fans in general. They make this spot, right? And I don`t even think of them as about the contributors. I met really awesome folks in here. The people toi l’amour to chat with. That`s all that matters. Also, they can make such a great atmosphere most of the time, so. What esle can I say? I`d just consider the Glee spot as a place where toi can easily make friends.

Ummm, to be honest, there won`t be any unique story. I was just seeing Glee everywhere. Literally! I mean... Fanpop, YouTube, LiveJournal and so go on. Then, the only thought that came across my mind was 'Should I give it a try ou not?'. Though, the only thing stopping me from watching for some time was just me worrying if the whole thing could be a High School Musical-ralted one. Thank God I was wrong! I`ve loved it ever since the first time I saw it.

The 2nd Half of the season was a disappointment, Puck and Quinn were ruined

4. So with the end of season 1 officially over, are toi happy? ou is there anything toi would change?

It depends. I`m pretty much happy if toi ask me, yeah. Even though, I must admit that the seconde half was such a disappointment to me. Because... Let`s face it. Emma and Will ruined? Check. Quinn and Puck ruined? Check. These two things I was so-so-so obsessed with par the end of the first half just... Went away? so QUICKly [an irony? maybe]. I will just forget B9 happened for them and that`s all. Still keep them in my heart… somewhere? Eeeh. I wouldn't actually keep on watching Glee, unless Jonathan Groff made his appearance. Also, thanks to Ryan Murphy who`s the one that created St. Berry! The guy is responsible for making me l’amour Lea/Jonathan duo. Other than that, I have nothing plus left to say.

Ryan Murphey was responsible for making me fall in l’amour with the Lea/Jon pairing!

5. If toi could Guest étoile, star on suivant seasons Glee, What would your character be like, and what possible storyline would toi like to have?

When I was younger, I had quite enough experience with scene, singing, dancing etc in general, so... I think I could try as a cheerio, a singer in New Directions ou whoever related to the categories I`ve just mentioned. My character would need to be a interesting, maybe even an ambitious one with lots of development itself. I`d l’amour to be either a completely bad girl ou a mixture of kindness and maliciousness at the same time. Someone toi would have a love/hate relationship with. ;)

Character - April.
Couple - There is not any, I think. I`m just indifferent to some relationships most of the time.
Episode - The Rhodes Not Taken. One word: April!
Moment - Will cheating on Emma with Shelby.
Song – Seriously. I can`t think of any.
Cast couple - I don`t really care about RL relationships except for my favourite ones therefore I can`t choose.
Cast memeber - Once again: there isn`t any! Everyone is special in a different way.

Kurt ou Mercedes - Kurt, duuuh! There are no words to describe how much I adore him.
Wheels ou Dream On - Wheels. Like I already said, my favourite episode from the whole season 1.
Vocal Adreneline ou Jocks - Vocal Adreneline, because of Jesse.
April ou Shelby - Shelby. They both seem to be annoying, though.
Quinn and Puck ou Rachel and Jesse - Rachel and Jesse. St. Berry owns my cœur, coeur atm!
Jacob ou Kendra - No freaking way I`d choose anyone else but Jacob.
Pilot ou Journey - I do like both, but I`ll go with Journey this time.
Emma ou Tina – Emma. She`s just higher than Tina on my list.
Theatrically ou The Power of Madonna - The Power of Madonna. I just can`t resist “Like a Prayer”!
Jesse St James ou Sandy Ryerson - Jesse St James. No words needed.

11. Finish off the sentence

Mike and Matt need plus than two lines!

12. Which character do toi feel we don't see enough of in Glee? And is there any toi think we see too much of?

We definitely don`t see enough of Mike and Matt IMO. There needs to be a change like now! If Santana and Brittany [who I absolutely adore, btw!] can get their own SLs, why the other ones can`t? They are just like some kind of dolls. Just standing in the background most of the time. Sometimes dancing. If someone already noticed, these two got exactly 2 lines per person so far. Ridiculous, much? JUST GIVE THEM A CHANCE, WRITERS! And if it comes to these characters which we see too much of, I`d say it`s Will and Rachel. I really like them, but it`s getting unfair. The others also deserves to get as much attention as WR already got.

Jonathon Groff needs to come back!

First of all, I think the writers should stop with all those guest stars, because it`s getting painful to watch at some point, don`t toi think? But… Going back to the question. I`d l’amour to see Lady GaGa actually making an appearance on Glee. She`s my dream guest star, yeah.
14. How many seasons do toi see Glee having?
It depends, toi know. I can`t see Glee becoming a soap opera like The Bold and the Beautiful, but if the whole montrer didn`t went downhill pretty soon, I`d give it at least 3 seasons in general. Glee needs to keep on improving!

I'm also kinda obsessed with 'The Vampire Diaires' at the minute!

15. Is Glee your favori TV show? If so what are your other favorite?

If we`re talking about my favourite TV shows, I keep on repeating myself, but I don`t have any special order. I just like something ou not. It`s easy like that to me. Glee is the montrer I do enjoy, I really like. Eventually , if there was any special order I`ve already talked about , it`d be high enough, toi can be sure of that. The other montrer I extremely find myself obsessed with right now is The Vampire Diaries. I think you`ve heard something about it, haven`t you? If not - go and give it a try, toi won`t regret it.

What does Sue l’amour most about her sister?

16. If toi could ask Sue Sylvester one thing what would it be?

I`d ask Sue what does she l’amour the most about her sister.

17. We know Glee have been nominated for a number of EMMY awards but if they could only win one, which do toi hope it is?

Well, I just hope it`s for Best Series, Comedy then. The whole cast should have been appreciated for that amazing job they have all together made so far. But, that`s just my opinion.

I want the writers to make me l’amour Will and Emma again!

18. What story-lines are toi looking vers l'avant, vers l’avant to in Season 2, ou what do toi really want to happen in Season 2?

I`d like the writers to make me l’amour Quinn and Puck with Emma and Will again, like it was in the first half of season 1. Do toi think it`s possible? Mike and Matt need both to get a solid SL on their own. Everyone else but Rachel and Finn needs to get plus of their solos, duos etc. Also, Jonathan Groff needs to come back and become a regular character, maybe? The writers need to focus on écriture in the first place, because the B9 was crappy written, but I`ve been referring to it many times before, so. Let`s just hope season 2 is going to amaze us, right?

19. Out of all our amazing contributors, who do toi think should be July's FOTM?

toi know, it`s hard to say, because like toi already mentioned, we have a lot of amazing contributors in here. It`s really hard to choose just one person, so. Let me skip this question.

Well, I did enjoy answering your questions, Kate. Once again, I`d like to thank all these Gleeks who voted for me. It means a lot to me. Thank YOU, Kate for such a great interview . I also hope everyone had lots of fun while lire the whole article. l’amour toi all, guys! Have a wonderful time on your vacation and..Let`s do it to September! 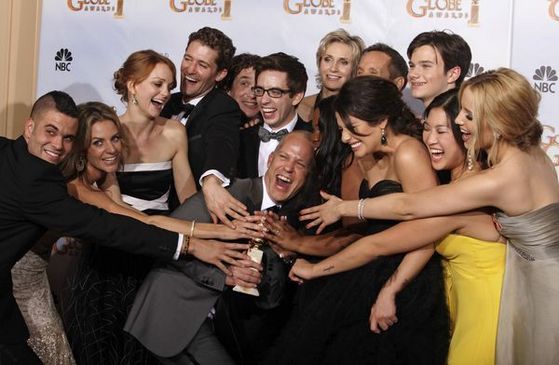 Glee for Best Comedy EMMY, The whole cast should have been appreciated for that amazing job they have all together made so far
wild_chica, clarisseann25 and 48 others like this
katie15 I love this Anna! You really are on a role, Lost winner, Glee winner, maybe 90210 winner... lmao
girly_girl Great article! It was really interesting! [b]Congrats again Anna![/b]
bety_7723 This is one of the greatest interviews I've read. [i]Will - "Don't Trust Me” by 3OH!3 [/i] I can totally imagine that.
hstb Great Article! All the questions and the answers were awesome! [i]Mike and Matt - “Beautiful Girls” by Sean Kingston[/i] That would be kinda of cool [i]Brittany and Santana - “Rude Boy” by Rihanna[/i] What a awesome idea! [b]Q nº11[/b] made me laugh so much! Love it!
lisa534 awesome, nice, very interesting :)
ranstell2703 OMFG - A QUICK/ST.BERRY ? LOVE you ! freakin' adorable interview. But if I must ask you something Quinn as a cheerio or a pregnant teen-mom ?
Nibylandija Thanks to everyone for your such nice comments! :) [i]But if I must ask you something Quinn as a cheerio or a pregnant teen-mom ?[/i] Tbh, I love every version of Quinn, but If you want me to choose... I do miss some of her bitchy-cheerio side right now. ;)
katybuggy i loved the article really interesting! love glee new episode tonight!!!!!!!!!!!!!!!!!!!!!!!
bubblegumm16 That was a good Article...Surprising too! I <3 GLEE <3 #1 GLEEK OF AMERICA :)
nimeide I love her, I was her fan, her performance is very good. http://www.christianlouboutin-replicamen.com/
4
Glee Episode 3 : This Is How We Do It Lyrics
posted by Renesmee_XD
This is how we do it
La ra ra ra ra ra...

This is how we do it.
Its friday night, and I feel all right
The party is here on the west side
So I reach for my 40 and I turn it up
Designated driver take the keys to my truck
Hit the rive cause Im faded
Honeys in the rue say, monty, yo we made it!
It feels so good in my capuche, hotte tonight
The summertime skirts and the guys in kani
All the gang bangers forgot about the drive-by
You gotta get your groove on, before toi go get paid
So tip up your cup and throw your hands up
And let me hear the party say

1- Im kinda buzzed and its all because
(this is how we do it)
South...
continue reading... 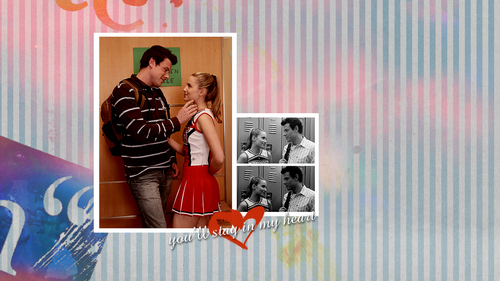 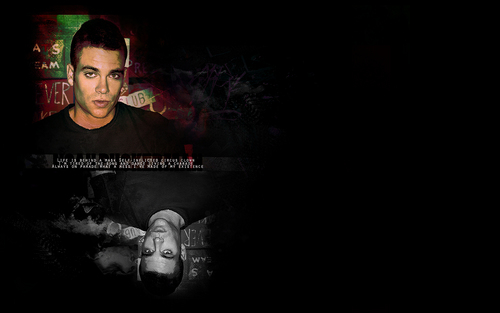 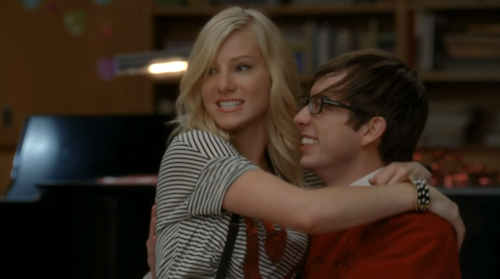 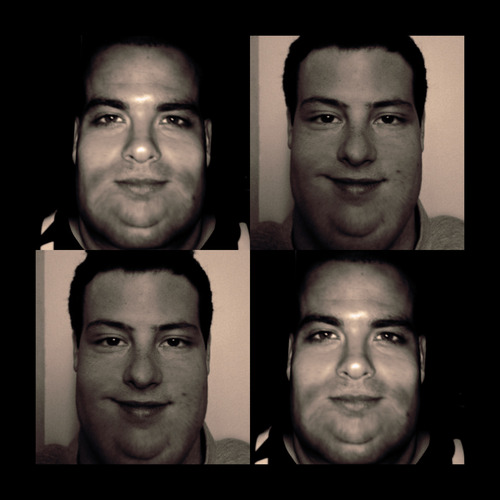 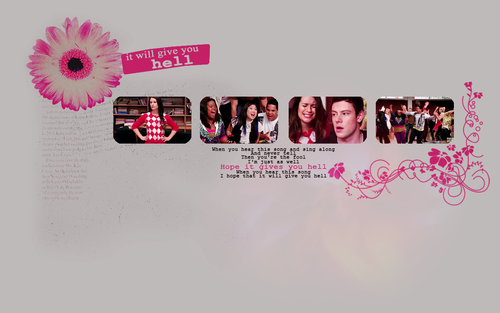 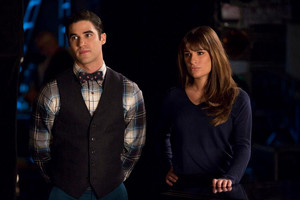 Blaine and Rachel
added by Blacklillium

Glee | Full Performance of "Rock Lobster" from "The Hurt Locker, Part 1"
added by jasamfan23
Clint, along with Vocal Adrenaline hit the stage and performed "Rock Lobster" par the B-52s!
video 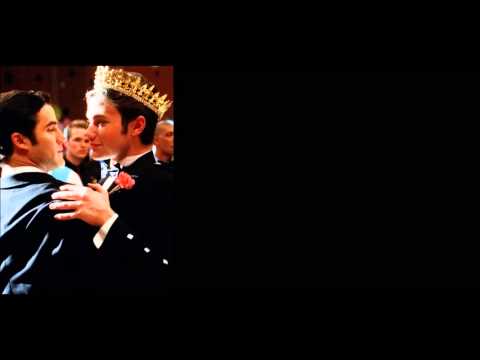 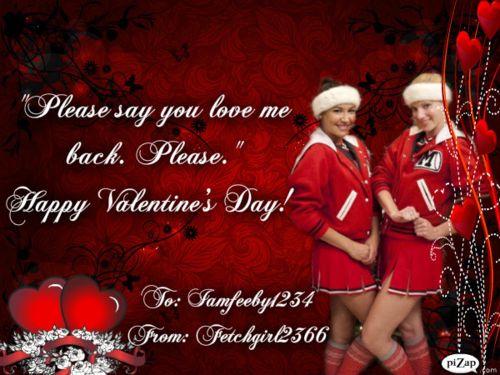 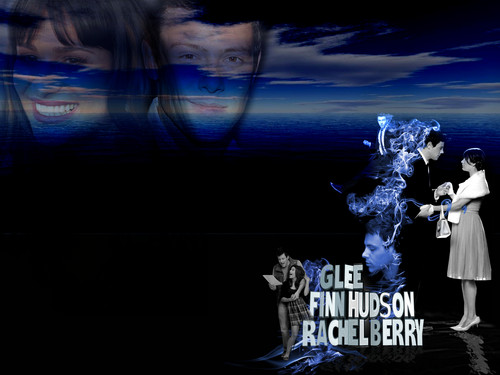 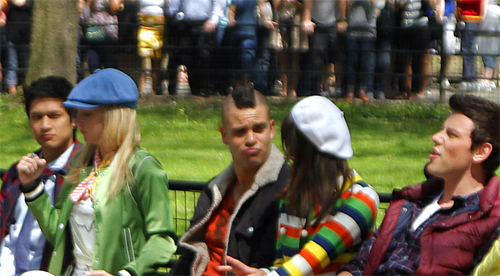 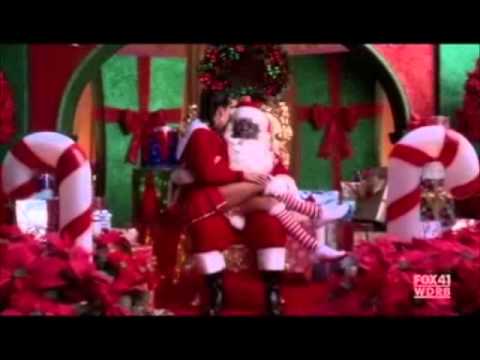