Sighing, I got up, picked up my white backpack and walked out, followed par my older brother. I closed my eyes because of the sudden light of the bright sun. I wouldn't keep them closed for long, though, because of my excitement to see Zinonos city again...

What I saw when I opened them again seemed completely different from what I remembered. Only one single thing hadn't changed.

The city was floating.

That would probably seem weird to most people. Even I, who was born in Zinonos, sometimes found it weird. My grandfather told me that the members of the Grand Ecclesia made the city float. It was because of Foissel, whose accueil was very close to it. The monster could destroy the city anytime, that's why they decided to protect it par keeping it in the air. No one seemed to be afraid, as the spell those members had used was one of the strongest ones.

Snapping out of my thoughts, I started examining my surroundings. The place was really crowded, I couldn't see where we were clearly. All I could see were the small houses around the station, the white benches near it, and a few plus floating buses suivant to the one we were on. I remembered going to the station before, but it was never that crowded.

Deciding to not confuse myself more, I turned to my brother, "Ermi, where are we anyway?"

"Oh toi know this place well" Ermi said, a bit louder so I could hear his voice above the people's, "This, as toi probably remember, is the entrance to the Plaza Road"

"The Plaza Road?" I asked, confused, "Isn't that supposed to be away from the station? Near Aige Square?"

"Yes, it was, but nothing in the city stayed the same after the attack of the shadows" Ermi said, "Everything had to be rebuilt. So, now, the Plaza Road is suivant to this station, and ends at Aige Square, which is now near Zinono's Station"

"Oh, man..." I said, sighing. I never really liked going through the Plaza Road. It was always so crowded and loud. It's not easy to enter a store ou even look through the boutique windows. There were always a lot people in only one store, which made it hard to buy what toi wanted, ou even look at it. Things on Earth were so much easier...

"Say say, are toi going to the palace as well?" Dafni asked. Turning to face her, I realized that she had asked me.

"Oh it doesn't matter to ask, we're going to be walking through the Plaza together for a while anyway" Dafni a dit with a shrug, then reached her hand into her jeans' pocket and took out a Crystal, which had a bright green color, "Y'see, we came here to take permission par the King to..."

"Go to Belendia?" I interrupted, my lips forming a small smile.

"Yep! We're here to receive a mission!" Jessica said, taking out her own Crystal. This one had a light blue color.

Looking at them with wide eyes, I take out my Crystal, which I was keeping in my jeans' pockets, "Same here!"

Suddenly, the girls' faces became even brighter, "That's awesome!" they exclaimed in unison.

"Say say, what kind of fairy are you?" Dafni asked me, leaning forward.

"What color are your wings?" Jessica asked me, montrer her curiosity.

"How old are you?" Dafni asked.

"When did your Crystal started glowing?" Jessica asked.

"Sooo?" the both asked in unison.

"Um...." I said, trying to montrer with my expression that I was confused, which became understood.

"Oh, did we ask too many questions?" Dafni asked, blushing in embarrassment.

"It's okay, toi just got a bit curious..." I said, although I didn't know how someone can get so curious about something..

"Well, I guess we didn't have a nice start, did we?" Jessica asked, smiling politely, "So, as toi probably already know, my name is Jessica. I'm a Water Fairy, coming from Waterich Village"

"And I'm Dafni!" Dafni started with a friendly smile, "As I have already told you, I'm a Nature Fairy, and I come from Leina city!"

"Nice to meet you, both of you!" I said, smiling at the two. I don't know why, but it was a bit hard for me to make friends, so I was really happy right now, "My name's Maria, I'm a Wind Fairy and I come from Zinonos, meaning this place!" I introduced myself, then gestured to Ermi, who was standing suivant to me, "The tall one here is my brother, his name is Ermi"

"Nice to meet you" a dit my brother with a wave.

"And I'm Elisa!" a dit the little fairy with her high-pitched voice.

"Oh, there's also someone else I want toi two to meet" I said, looking up at the sky. Smiling at the figure that was flying above us, I pointing at it, "Sandilia!"

At the sound of its name, the white dragon flew down at us and landed right suivant to Ermi, who then petted its head with his pale hand. Turning to the girls, I could see their surprise just par looking at their faces.

"That must mean that you're a l’espace Traveller!" Jessica exclaimed pointing at us.

"Actually, no. Only I am" Ermi said, lifting his hand up.

"Yeah, he's the only person in the family who's riding on l’espace Travelling Dragons" I said, looking back at my brother and his dragon.

"But now that's enough for that, let's get going" Ermi told us, walking towards the entrance to the Plaza Road.

"Aww...." I moaned. I actually wanted to talk with the two for a little longer...

"No worries, we'll be walking at the same road together for a while anyway" Dafni said, smiling at me friendly.

"Yep, no need to worry" Jessica said, giving me a thumps up, "By the way, toi seem like a fun person!"

"Friends? Geez, are toi sure that you're 14?" Jessica asked, placing her hands on her hips.

"Hey I was just trying to be polite!" Dafni a dit pouting.

"Guys, are toi coming ou what?" Ermi called, being way ahead of us.

"Comin'!" I called back, then turned to the girls with a bright smile,


A placed my pencil down, right suivant to my notebook. Finally, homework done. I really hate exams, so many hours of studying. The worst part is that, I promised to my parents that I'd give my best at the seconde term, and I can't break that promise. I was taught to never break promises.

I sigh, and look out of my room's wide-opened window. It was Summer, outside it was burning hot. I wasn't used to it yet, even though I've been living in this planet for about two years now.

Yes, this planet. Planet Earth, as the people here call it.

After going to a school...
continue reading... 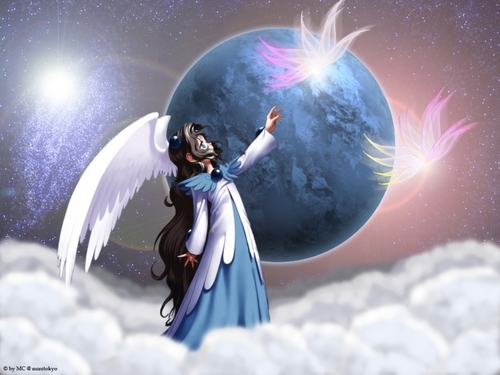 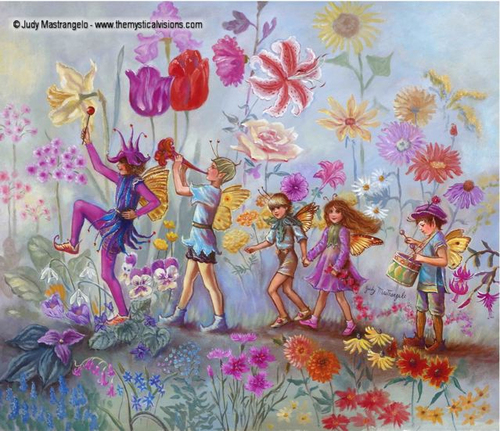 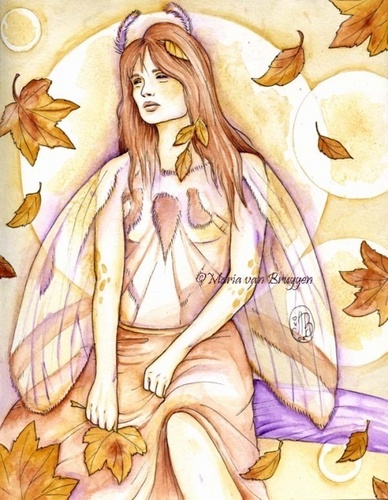 A Faery in the Woods
I've seen a lot of articles about Faeries on here, but it seemed that quite a lot of them were plus about Winx/Disney-type fées then the Faeries I think of.
So here's just some of the 'darker' stuff on Faeries...:)
A good thing to keep in mind is that Faeries have different morals than we do. That does not mean they are evil; they just view right and wrong differently than we do.
For that reason, it is good to be cautious around Faeries, and to never anger them. Don't do anything that will let toi see them without their permission, for example, putting Faery Ointment on your eyelids ou touching...
continue reading... 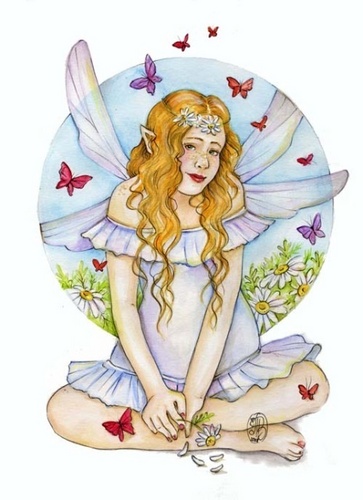 17
The fées
added by maritina12345
video
fées
1
The Final State. Chapter 3.
posted by Nojida
'No beggining, no end'


It's amazing how these dragons can travel through l’espace so easily. Even though Sandilia is bare, she doesn't seem to be bothered at all par the cold. She's flying through the pitch black skies as if there was nothing wrong.

Me? I'm not bothered par the cold either, although my toes are starting to freeze little par little. The manteau my brother gave me is effected par some kind of spell, it somehow protects toi from the cold air of space, it makes toi feel normal. There is no oxygen in space, but somehow, this manteau helps toi breathe. I've always wondered how it does that, actually......
continue reading... 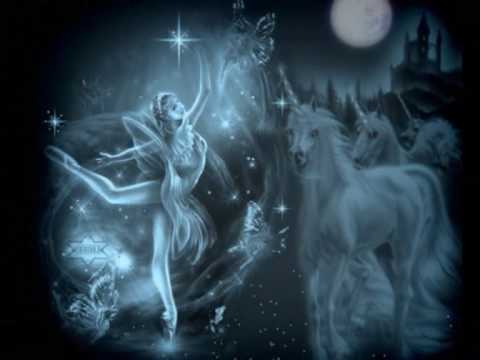 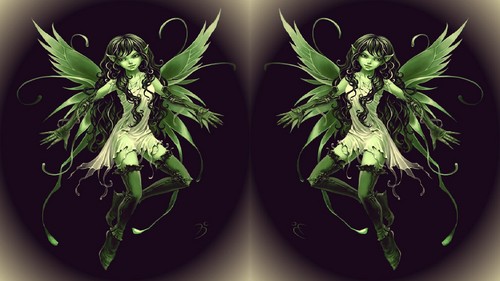 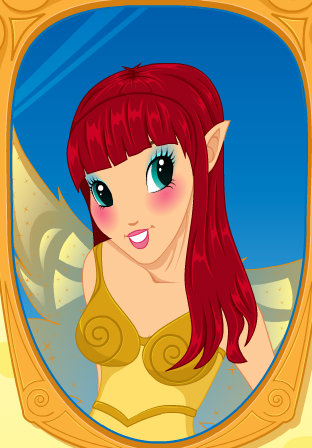 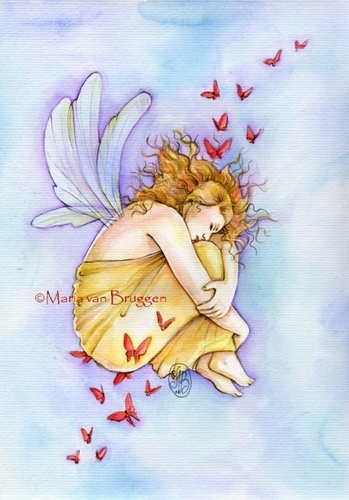 8
farie
added by miley_fan123
4
Pixie Dust: Chapter 1
posted by StarWarsFan7
All of my life I've wanted to go to places I've never been to. But sadly, those dreams will never become reality. In my wooden arbre house, my room is as brown as coffee. I sigh. Flying to my dresser, I pick my leaf bag up and over my shoulder. KNOCK. KNOCK. KNOCK. "Come in!" I respond. The door opens with pixie dust behind it. I see my mother with her usual cinnamon brown hair in a bun. "Good morning, Jessamine." She lays her hand on my right cheek. For being a sixteen-year-old pixie, I still l’amour my mother. "Are toi about to leave?" My mother asks me. "Yes I am." "Good luck on your first day!"...
continue reading...
3
Fairy-Land
posted by Princess-Yvonne 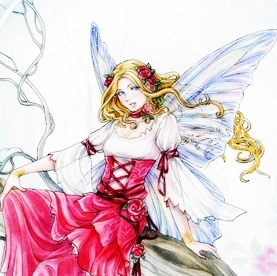 Dim vales - and shadowy floods -
And cloudy-looking woods,
Whose forms we can't discover
For the tears that drip all over!
Huge moons there wax and wane -
Again - again - again -
Every moment of the night -
Forever changing places -
And they put out the star-light
With the breath from their pale faces.
About twelve par the moon-dial,
One plus filmy than the rest
(A kind which, upon trial,
They have found to be the best)
Comes down - still down - and down,
With its centre on the crown
Of a mountain's eminence,
While its wide circumference
In easy drapery falls
Over hamlets, over halls,
Wherever they may be -
O'er...
continue reading...
More Cards
1234567891011