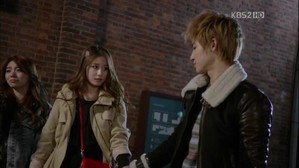 With the tenth episode of ‘Dream High 2‘, l’amour and jealousy are brewing in the air with the récent developments in the l’amour lines. Most specifically, those who ship JB and Haesung (Kang Sora) were delighted to see the cuteness abound during a récent scene in their drawing class.

As JB joined the ‘ugly ducklings’ team with the récent disruptions and conflict with Nana (SISTAR‘s Hyorin), JB and Haesung are seen flirting with each other during their drawing class. The students are assigned to draw self-portraits, in which JB draws a hilarious, yet ugly picture of a girl, and proceeds...
continue reading...
Dream High 2′ reveals official poster
posted by vanniluly
‘Dream High 2‘ has just unveiled its official poster!

The main cast were divided into two groups, which many interpreted to mean that one group is plus privileged than the other. The bottom group is comprised of 2AM‘s Jinwoon and actress Kang Sora, who were hinted to be characters from a rough background (see here and here for still-cuts from their introductory scenes) earlier.

The haughty looks they toss at Jinwoon and Kang Sora (who volley with scowls of their own) seem to lend credence to the theory that their characters are talented, but arrogant.

‘Dream High 2′ will undoubtedly be releasing plus teasers, so stay tuned to allkpop for updates! 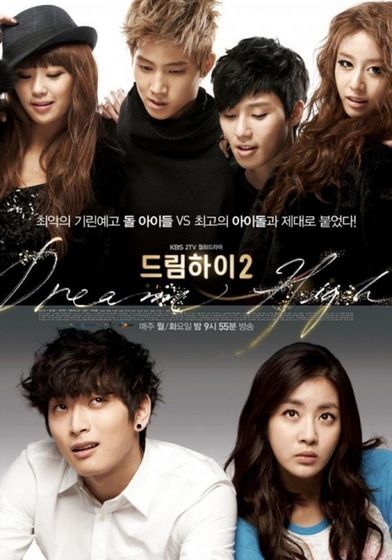 2
[Spoiler] Are there new l’amour lines forming in ‘Dream High 2′?
posted by vanniluly 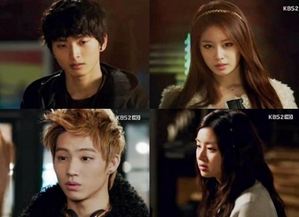 Remember when fans were rooting for a Haesung (Kang Sora) and Yoojin (Jinwoon) couple after the two shared an intimate scene involving JB-themed bandages and ramen? A threat now looms over the potential pair after Rian (Jiyeon) sleekly took over Haesung’s place for a rue performance that she and Yoojin were supposed to hold together. After watching Rian and Yoojin’s strong duet together, Haesung leaves during the middle of the show, disappointed...
continue reading...
‘Dream High 2′ cast express the need for laws protecting minors in the industry
posted by vanniluly 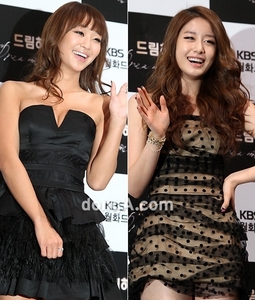 SISTAR‘s Hyorin and T-ara‘s Jiyeon who have been cast in the new ‘Dream High 2‘ drama expressed the need for special laws protecting minors in the entertainment industry.

At the ‘Dream High 2‘ press conference that was held at the Imperial Palace Hotel in Seoul on January 17th, Jiyeon remarked, “In the drama, there are special laws protecting minors in the entertainment industry, and I wish those laws existed in reality.”

In the drama series, there are laws that protect under-age celebrities, making it illegal for minors to work plus than 30 hours at a time, and those who are...
continue reading...
1
[Spoilers: Dream High 2] Halfway Recap and Review: Ep. 1-8
posted by vanniluly

The seconde installment of school-based musical drama, ‘Dream High‘, explores the bleakness of dreams, when the lack of talent obliterates ambition and passion. The students, teachers, and parents of Kirin Arts School confront the ultimate question, should we pursue our dreams and passion, and devote long hours to achieving that dream, when the only thing that could greet us at the end is failure? 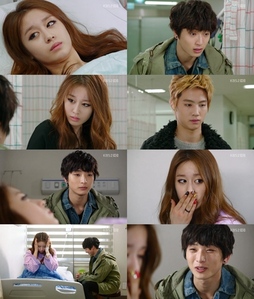 With the development of the various l’amour lines in its ninth episode, ‘Dream High 2‘ is making couple shipping plus difficult for viewers. As the chemistry between the four main leads begins to sizzle, the writers are flirting with the alternative pairings of JB-Hyesung (Kang Sora) and Rian (T-ara‘s Jiyeon)-Yoojin (2AM‘s Jinwoon), while still hinting at the primary relationships, Hyesung-Yoojin and JB-Rian.

Upon Rian’s fainting during the performance, Yoojin rushes up to piggyback her to the hospital, in which JB follows closely behind worriedly as he offers his car. Rian and Yoojin...
continue reading...
Dream High 2 addresses the harsh reality of idol life
posted by vanniluly 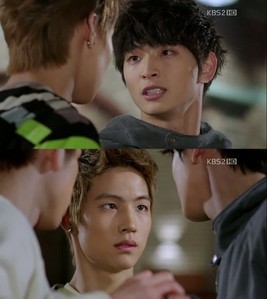 The long anticipated seconde season to the KBS 2TV drama Dream High aired its pilot on January 30th. While the first season mainly consisted of the standard school-romance genre with a fame-seeker twist, the seconde season portrays a much plus realistic view on the hard lives of idol singers.

From talent credibility to the ever-reoccurring question as to whether ou not idols are really considered artists, Dream High 2 aims to tell a story that will give the audience a gist of what it is like being an artist in the K-Pop industry.

Out of the various idol issues that the montrer covers, the most notable...
continue reading...
Dream High 2′ reveals full cast in new poster
posted by vanniluly
On January 15th, KBS 2TV’s upcoming teenage drama ‘Dream High 2’ shared a new poster with all 16 of its cast members.

The drama team has also revealed some new character profiles, such as ‘Park Soon Dong’...
continue reading...
You Might Also Like...