5
My liste of Favourite Disney Princesses
posted by disneygirl7 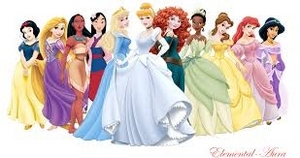 So, I know everyone does this liste but I haven't done one yet, so I'll give it a shot. This is my opinion, so if toi don't like it, oh well.

11: Ariel
OMG! I'll be attacked par a gazillion bombs after putting her dead last. I'm sorry, I don't really like her. When I was little I loved Ariel, but now I'm starting to see her flaws. I don't know why, Ariel bothers me. For a while she was seconde last, but then I realized that I like my number 10 better than this one, no matter how I was so angry about her joining the line-up. 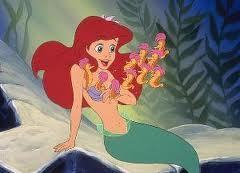 A cute heroine but too many flaws


10: Merida
I don't really know that many people who has her really high, but I actually don't really dislike Merida that much. I just didn't like how they added her into the line-up because one: she's Pixar. Two: She's too different. She doesn't sing, doesn't have a prince, etc. But throughout the movie "Brave" I could relate to Merida because I often also have really unstable relationships with my mother. I just didn't like how she wanted to change her mom to get what she wanted instead of trying to understand why her mother did things that way. So, yeah, for a while she was last, but I raised her to 10th simply because I can kinda relate to her. 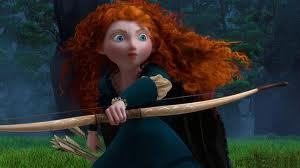 Relatable but too different and immature


9: Aurora
Generally, I actually don't dislike Aurora. I just think she's a little...too boring. I know she's all nice and graceful and romantic, but all she really did in her movie was sing, look pretty, dance, cry and fall asleep. She could be a lot higher if she was plus interesting. 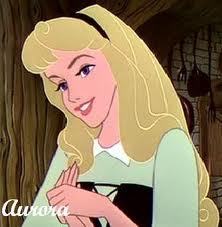 Really nothing wrong, just too boring


8: Cinderella
I don't really remember her movie much, so I re-watched it a while ago. But the reason she isn't that high isn't because she has a terrible movie (well, it's not the best either. Not in my haut, retour au début 5 even) it's actually because she's too perfect. I like characters with flaws (but not TOO many flaws) and Cendrillon doesn't really have any problems. She is abused my step-sisters and a step-mother, but she never complains. She is sooo kind and pretty she doesn't care if her step-somethings tell her to do work all day. She doesn't care she has to sleep in a tiny attic and is not allowed to leave the house (other than on the night of the ball.) To me, she's just too unrealistic. 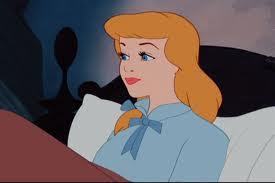 Kind, but too perfect


7: Pocahontas
She was once a lot higher, but when I re-watched her movie recently I realized she doesn't really do anything that intersting in her movie. Sure, she wants adventure and doesn't want to be married to a serious guy, but she COULD be a little bit plus interesting. I'm not going to go into detail about her because I don't really dislike any of my haut, retour au début 7, Pocahontas is just in my opinion, the least interesting in my haut, retour au début 7. 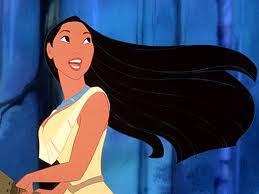 Free-spirited and a nice lead, but could be plus interesting


6: Snow White
She was really low on my liste before, but when I thought about it, Snow White is actually a lot better than most of the DPs below her. She is above Pocahontas because I like her optimistic and cheery personality, but she can get a little annoying sometimes. That's why she's not any higher, because none of my haut, retour au début 5 has ever made me feel annoyed. 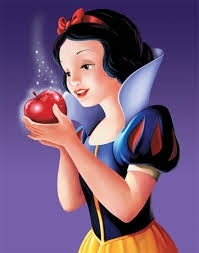 Cheery and optimistic, but can get a little annoying 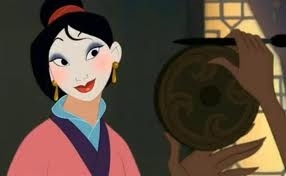 A strong lead, but not enough charm to beat my haut, retour au début 4 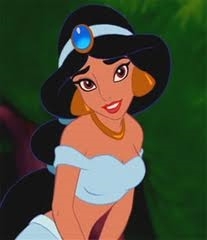 A good character, but can act a little spoiled


2: Tiana
Tiana is this high because she is the most inspiring DP IMO. She doesn't believe in wishing for what toi want, but instead toi should work for it. It kinda helps that her movie is my fave and so is her prince (I'm gonna get attacked again!) I never understood whyy people didn't like her prince ou her movie, but then everyone's different. 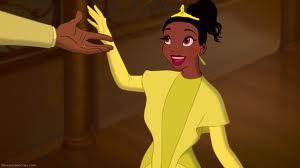 Inspirational but can sometimes be too serious


1: Rapunzel
I guess toi can tell from my icone she is my favourite. Why? I actually don't really know. It's just that every moment she's on screen she puts a grin on my face. She has a lot of charisma in my personal opinion. I loved her from the moment she started "When Will My Life Begin." I guess toi can say the only thing I didn't like about her is how she is kind of too childish for an 18-year-old, but it makes her all the plus adorable. 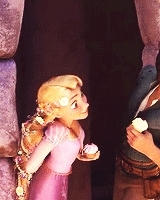 Adorable, but can be too childish sometimes


Thanks for lire my article and again, this is my opinion so if toi don't like it, too bad. 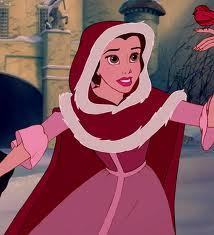 Selfless, but still can't beat my top 2
BelleRose829, THG_Fan10213 and 3 others like this
disneygirl7 !!!!!!!!!!!!!! What happened to my #3? Sorry! BTW my number 3 is Belle. Here is what I said about her: 3: Belle Belle used to be pretty low, but when I watched BATB at my friend's birthday party we started discussing why Belle is in whatever position on each of our lists. When one of my friends mentioned "I like her better than Ariel because she and Mulan both thought about their family before their own feelings, that's why she and Mulan are really high on my list" I thought about what she said, and realized she had a point. Belle put her father's life above her own, and sacrificed her freedom for his. I like how she is so selfless, and I guess she just isn't higher because of unexplained reasons.
Singact22 I love this list!!!!
rhythmicmagic Don't worry, I love Tiana, her movie, and her prince as well! She and Naveen are both #3 on their respective lists (though I love all my top 3 princes basically the same) and PATF is my #6 movie!
MaidofOrleans Nice article :) Your list is very different from mine, but we have Tiana in the same place! I'm so glad you like her, she's awesome but a lot of people forget about her. I wish she got more recognition!
magicfairydust nice article :)
anonheart998 Our lists are very different, but I like yours and I enjoyed reading it. :)
MalloMar I just love what you said about Tiana ( and her movie/prince) also her placement! I also like the placements if Snow White and Mulan! I don't agree on much else, but that's okay! Awww, I'm sorry the Belle part got messed up. Good article!
Jayden-G Nice list. I agree with what you said about Ariel, Tiana, and her movie a lot. I think your list is pretty close to mine. People wanted a character like Tiana but when they got her, they snubbed her. Your list is not that unusual
disneygirl7 Thank you people! I totally understand if you don't agree, since this is my opinion and everyone is different.
princecatcher93 My friend we both have the same top two and bottom two after that we may also have some in common. Great article!
AudreyFreak Cinderella unrealistic? I always thought she was by far the most realistic one. I mean her personality. She gets frustrated and sad and annoyed but she tries really hard to let nothing get to her, but she does crack when hope seems lost. You don't have to like her, I just dont see anything unrealistic about her. I kind of agree about Poca though. I WANT to like her. I don't DISlike her, but for some reason she just makes me feel neutral to her. which is strange because she's a complex character and has a distinct personality but whatever.
mhs1025 PIXAR IS Disney! They're apart of the Disney family! Don't you see that?
disneygirl7 Yes, I do. I actually don't mind her being Pixar, it's actually the fact that she doesn't sing and have a love interest that bothers me. But Pixar is still different from Disney, even if it is PART of Disney. Just because Disney bought it does not mean Pixar is Disney.
snowsowhite Amazing article and you explane them very well! I will be a fan of you article!
euny I have to say that The Princess and the Frog is my favourite DP movie and Naveen is my favouirte prince.
THG_Fan10213 Cute article, I love your opinions and how you described what you liked and disliked about them so well and clearly but in a nice way. Even though my top 10 would probably be very different, I still agree with most of the things you said. I also liked how you didn't favor them by their looks, but by their personalities and your choice of favorites were very unique. 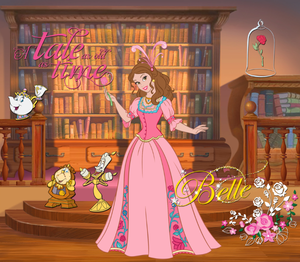 2
Ralph
added by vanessa-vanns
Source: Me

Elsa
added by vanessa-vanns
Source: Me 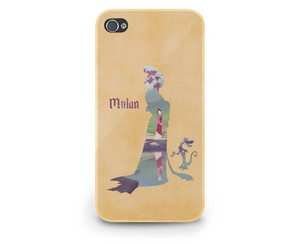 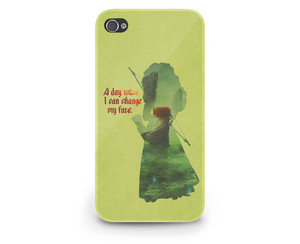 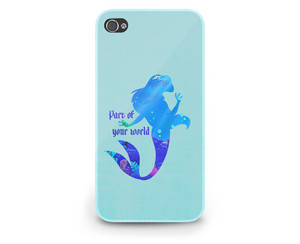 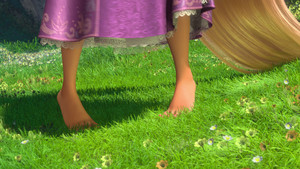 1
When will my life begin?
added by Emmalou13

A Dream is a Wish Your cœur, coeur Makes - Cendrillon
added by fhghu
This is not my video!
video
Disney
song
dreams
Cendrillon
princess 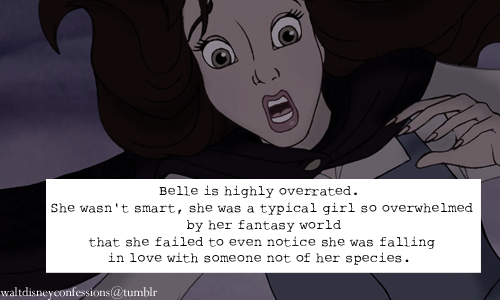 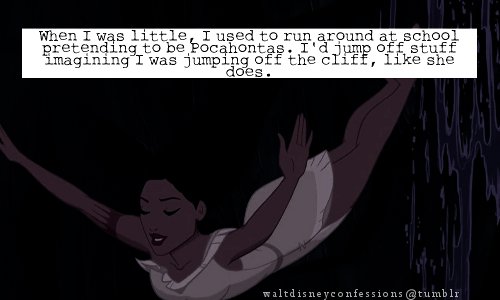 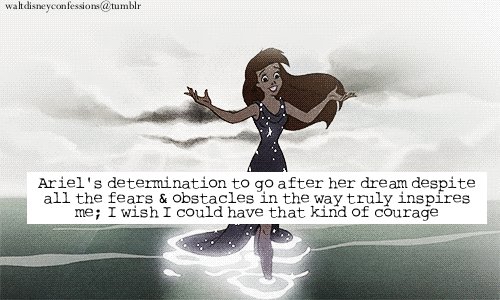 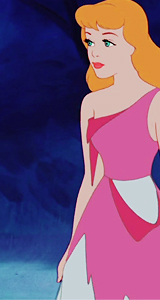 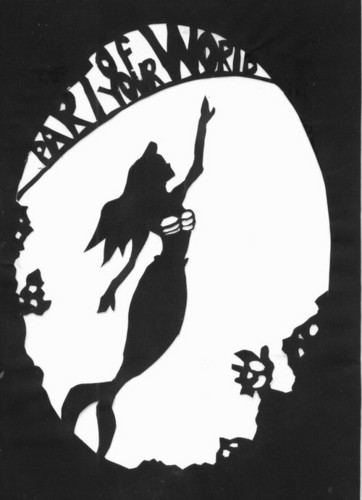