1
FOTM Interview: DreamyGal
posted by courtney7488
DreamyGal was voted FOTM for May 2010. She was interviewed par dweeb.

Congratulations to May's fan of the month, the lovely DreamyGal! Well, I'm assuming she's lovely, I've never actually seen her and for all I know she could look like Quasimodo and Drizella Tremaine's l’amour child...anyway, let's get the inside scoop on this month's winner, shall we?

What do toi l’amour most about the princesses?
DreamyGal: They make me feel like a little girl again. I was obssessed with them as a kid! I used to dress up and pretend I was one of them (mainly Cendrillon ou Belle)...so when I see them it takes me back to that place.
Which princess quality do toi wish toi personally could have?
DG:Well, I tend to avoid confrontation in every jour life (kind of like Cinderella), so I wish I were plus bold and not afraid to truly speak my mind.
Who's your favourite princess and why?
DG:My favori is Cinderella! That was the first movie ever purchased for me. The video wasn't for sale at the time, so my Mom would rent it from the local video store. I quickly became obssessed with it, and she pretty much had to rent it like 5 times a week. Finally, the owner sold the movie to my Mom, since she was the only one who ever rented it. On my 4th birthday that was the first present I unwrapped. I screamed and almost cried b/c I was so happy. Cendrillon has just always held a very special place in my heart, and she always will!
What is the contribution to this site that you're most proud of?
DG: The funny and interesting picks I sometimes come up with.

If I could steal one physical feature from a Disney princess, I would want Aurora's hair.

My haut, retour au début three songs from princess films are "A Dream is a Wish Your cœur, coeur Makes", "Just Around the Riverbend", and "Once Upon A Dream".

If I could change one thing about a princess, I'd change Aurora because I don't like that she's not in the movie for very long. I also wish they would have donné her a little bit plus of a personality.

Thanks for your time DreamyGal. And for those of toi interested in being nominated/voted fan of the month, make sure toi contribute good quality picks, quizz questions, articles etc to the site. QUALITY over QUANTITY. No one cares if toi write a bunch of aléatoire bullshit on the site every two seconds.
♥ dweeb 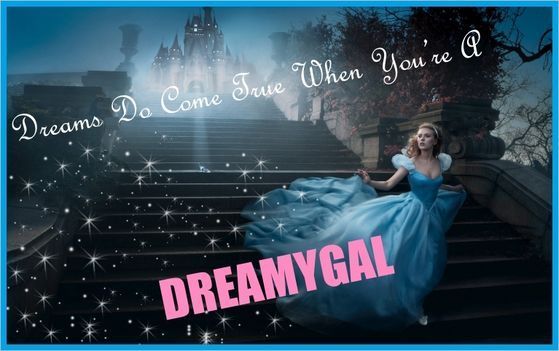 cromulanfav likes this
faithtrust Well done.. i also love the Beast for the same reasons!