3
Elena's Diary Part 3
posted by delenasalvatore
On the morning of Jenna and Alaric's wedding, I wasn't thinking of anything Damon-related. I didn't have time for a start; I had to be up for nine o' clock and then sit still for hours while someone fussed over my hair, make-up and nails. I was on my way out of the salon (Jenna was STILL in there), when my phone rang. I assumed it would be Stefan - he had agreed to be my escort. But it wasn't Stefan. It was...
"Damon?" I was so surprised, I narrowly missed walking into a lamp post. He was the last person I expected to hear from.
"Do toi want the bad news, ou the really bad news?" he asked cryptically.
I didn't want to hear either. "What is it? Did something happen?" I stopped in my tracks as I envisioned all the horrible things that could have occurred.
"Early this morning someone broke into our apartment," Damon replied. I gave a little gasp. "Are you...did they...?"
"Stefan had just returned from his morning squirrel-hunt when he found some guy wearing a mask searching for something in his room. Stefan is trying to track him down, but he's not going to confront whoever it is until we have a better idea of how many are involved and who they are. I told him I would go, but he doesn't trust me. So that means I'm left manning the fort at home."
"Did they take anything?" I asked.
Damon hesitated. I could have sworn he was selecting his words carefully "They wouldn't have broken into the apartment if they weren't looking specifically for something."
"What did they take? Why didn't Stefan call to tell me about it?" I was beginning to panic and Damon could hear it in my voice.
"He didn't want to worry you. And it's not like toi can do anything to help anyway, is there?" he asked pragmatically.
"You should have called me earlier - "
"...And donné toi the chance to race over here so toi could rejoindre Stefan's chercher in your bridesmaid's dress and bouquet? It's your aunt's wedding, Elena. Today this is not your problem."
"What difference does that make?" I demanded. "Of course it's my problem!"
"Not for the suivant couple of hours at least it isn't," he replied firmly before pausing. "Actually, that's only the first piece of bad news. There's more."
More? "What could possibly be worse than - "
"It doesn't look as if Stefan can be your escort to the wedding," Damon broke in before I could get any further.
I paused. That had completely escaped my notice. I'd been far too busy freaking out. "Oh. Right." I checked my watch. The wedding was in little over an hour. It didn't give me much time to find another escort. Unless...No. I discounted the thought immediately. No way. I could not ask Damon to step in. That was risking a repeat of what happened at the Miss Mystic Falls pageant for sure. I didn't need that. Anyway, he probably wasn't even going to the wedding. I mentally drew a line through my first and probably only available choice.
Damon's voice on the end of the line interrupted my thoughts. "So I guess I'll see toi at the wedding?"
"You're going?" Uh-oh, this did not sound good.
"Why wouldn't I be?"
I had no idea. "Um...because...an intruder broke into your new accueil and toi need to um, man the fort?"
"It's unlikely they'll risk breaking in a seconde time." I thought I could detect an ominious undertone in his voice, but before I could ask him any plus questions about the break-in, his tone became brisk again. "I just want toi to know that in spite of everything that's happened between us recently, I am perfectly willing to step in and be your escort at such short notice. Unless of course, you've already got a replacement all picked out."
I hesitated. "Um, I guess...that would...be OK. Does, does Stefan know about this?"
"He's fine with it," Damon replied breezily. "Why do toi ask?"
I could think of several reasons why Stefan wouldn't be OK with Damon stepping in as my escort, but I wasn't going to repeat them right now. "Is something else going on that you're not telling me?"
"Like what?" He sounded unconcerned.
"Like...Stefan giving toi instructions to look after me while he's away ou something?" I suggested.
"Why would he do that?"
"Because he's worried that something could happen - something bad. I don't know." I was taking a wild guess here.
"You've been lire way too many thrillers, Elena." He was definitely teasing me now.
"I - "
"I'll see toi at the church in an hour." He hung up before I could say anything else.
I walked slowly to a nearby bench and sat down. Stefan was goodness knows where, chasing an intruder and Damon was escorting me to the wedding? I took a deep breath. There was no doubt about it: this was definitely NOT good.

Part 4 coming soon
TheExcorcist, HollyMarie and 2 others like this
ohmysalvatore Can't wait for part 4!!!!!!!(: very good!

"I won’t change who I am. I can’t. But I refuse to change you."
added by bibi88
Source: http://sherllockh.tumblr.com/ 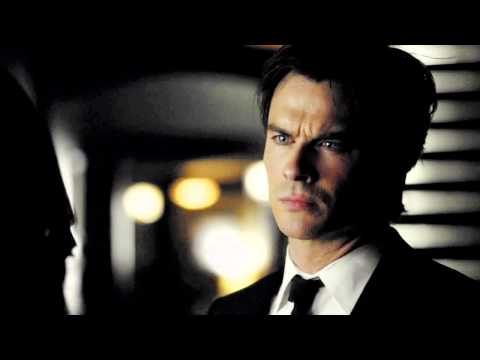 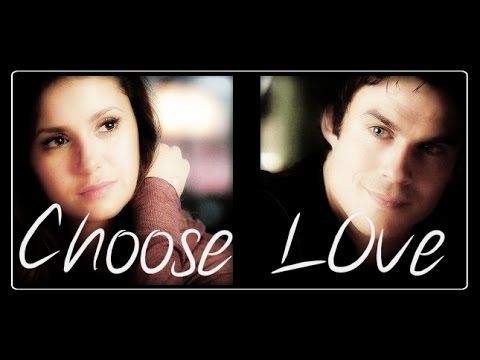 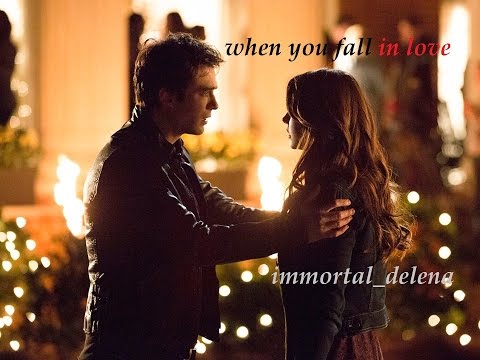 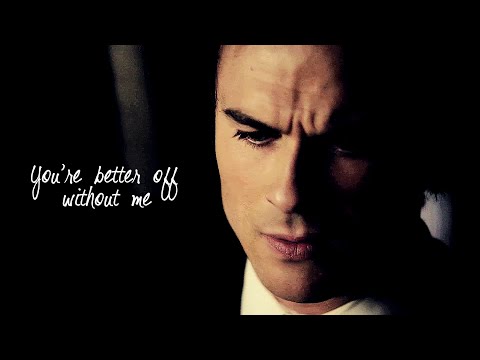 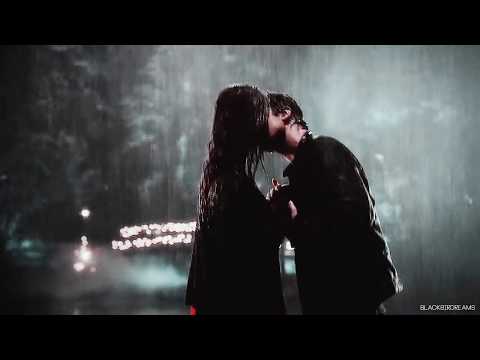 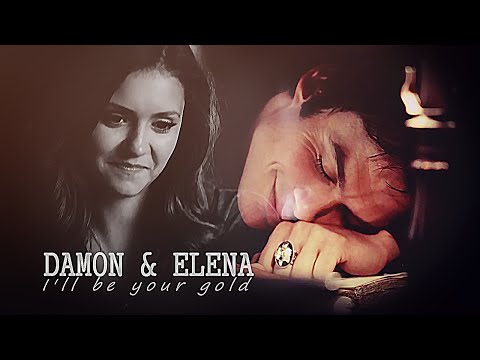 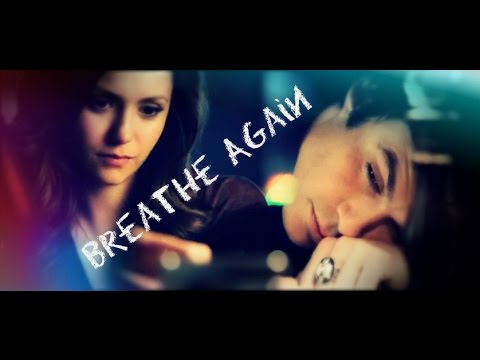 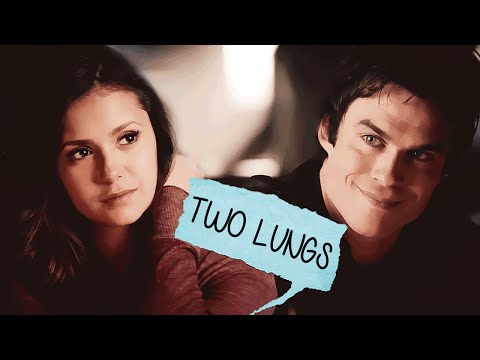 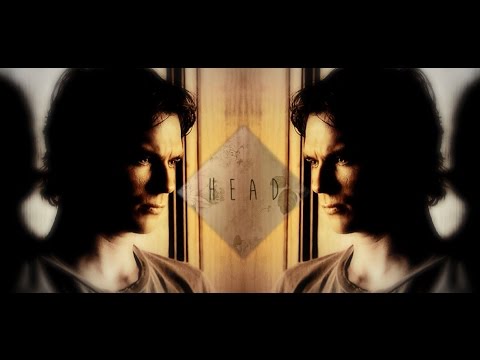 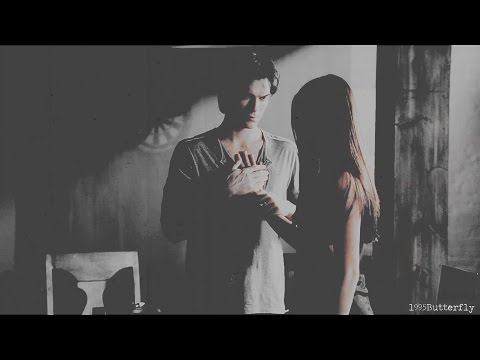 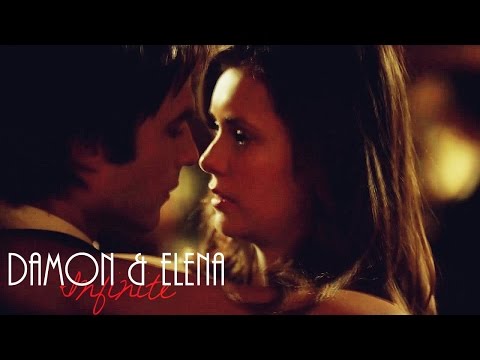