What We've Noticed in Season 2
posted by caesar213
Season 2 of Brickleberry became a major success. The whole thing became very l’amour able with the show's fans, and made them wonder if there will be a third season. The order for season 3 did happen on October 30. Until then, why don't I run down what happened this season.

In the seconde season of Brickleberry, we've seen Brickleberry Lake become a healing center for people who had either cancer ou a birth defect. This made me thought how could a lake do a magical thing like that. Until we realized that Dr. Kuzinak dumped medical waste in the lake, all 'cause Woody would be a dumbass and sign a permit allowing him to do it.

The episode "Woody's Girl" nearly made me not believe that Woody would ever calm the fuck down. When we saw flashbacks of Woody's past girlfriends run off par Malloy, I thought that his new main chienne would actually stay with him forever. Also, when we saw Malloy as a little cub, I was like "How could Malloy go from a cute and cuddly animal to a violent and racist asshole?" This might have been asked par millions of people across the country.

Now "Trailer Park"? I ain't gotta say much about this episode, except how in the fuck can a redneck goat-fucking nigga be heir to a national park? That shit didn't make any sense.

As for "Crippleberry", most of the episode had me laughing. The part where Steve a dit that there was pudding in his bag, and it turned out to be a bag of shit, had me going in circles. The court scene was funny as well, especially when Steve gave himself up. That flea really did fuck up Malloy's plan.

I don't much to say about "Ranger Games", but I will say this. Steve on steroids, made me think he was just eating too damn much and that he wouldn't get up off his cul, ass and work out.

"My Way ou the Highway" was a major hit. I didn't get a chance to watch it the night it premiered because of the one-hour season premiere of "Real Husbands of Hollywood", but I did get a chance to watch it 5 days later. I laughed when Bobby a dit "It's time to bust a nut in his ass." A lot of people would agree with me on that. And the shootout, it's a biggie for the show.

"Little Boy Malloy" will probably get lots of recognition, especially when Comedy Central finally unblurred some titties, which made me go "Woooo"! I didn't actually think a cable network would do that. I hope they would hopefully do this to South Park one day.

"The animaux Strike Back" would fall in a scale of 1 to 4. The one part I couldn't believe happened was when Moose in its Ear offered to let Malloy sniff his ass. And they showed the anus! Pretty creepy, but a first for Comedy Central.

I have a bunch of shit to say about "Scared Straight". When Denzel called his old niggas to help scare Malloy straight, I thought it wouldn't happen, but turned out that Malloy got them back into robbing shit. And when everybody landed in jail, I hoped to God that they would get out throughout bail. That shit didn't happen to Malloy and Denzel, and caused one of the craziest gay crushes ever. Another funny part was when that horny cul, ass deer kept fucking Denzel in his back. It made me laugh too damn much. Okay, so the jour of the gay wedding didn't even go so damn good, especially when Bobby and his redneck entourage got arrested in account of driving under the influence. That episode received a B+.

"Trip to Mars" doesn't have much except when Steve fell into a mud range and was thought of to be an alien from another planet. Something about the episode had me thinking "They wouldn't done better".

"My favori Bear" should receive plus reviews because of the craziness that a man in a ours costume could get into whenever he has a drink ou two. I loved the part when Steve and Flamey went to the strip club and got so much booty, and when Flamey pissed feu and burned Jorge's face. It made me go "DAMN!" They should do another episode like this.

The season finale "Aparkalypse" had me thinking about the American Dad episode "Rapture's Delight". That baby was so damn creepy and had me going in turns of shockness. But other than that, it was a pretty good way to end the season.

And that's what we witnessed this season. I hope season 3 will have lots of crazy shit that'll be even crazier and funnier. 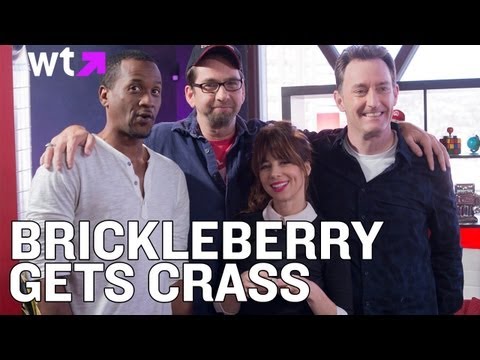 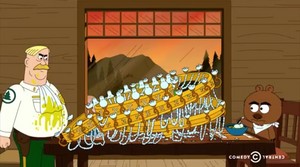 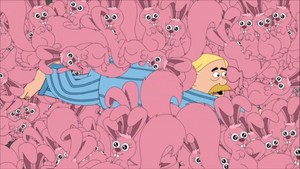 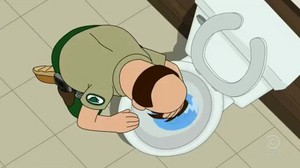 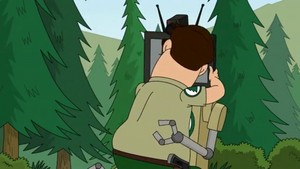 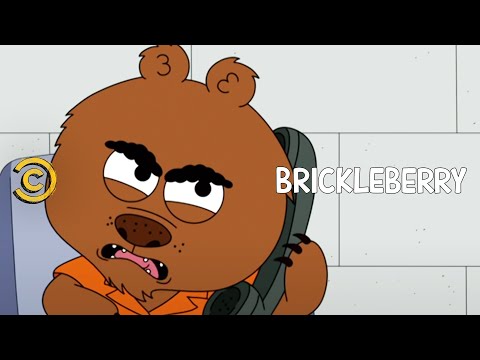 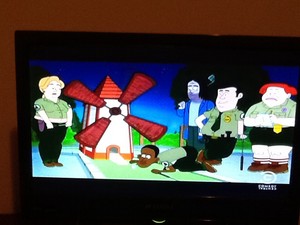 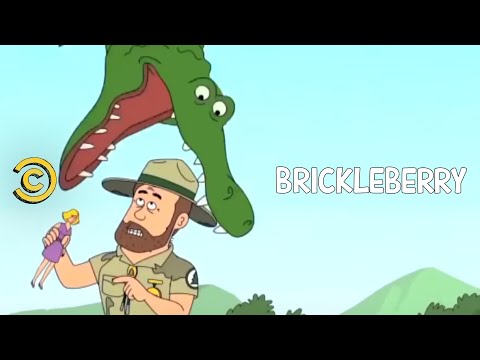 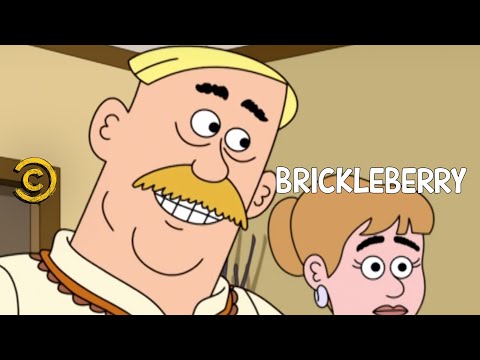 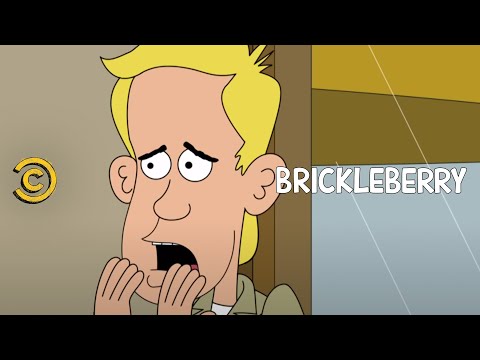 Woody for Governor
added by caesar213
Woody and Malloy resort to drastic measures to turn the tide in the gubernatorial election.
video
brickleberry
season 2
my way ou the highway
clip 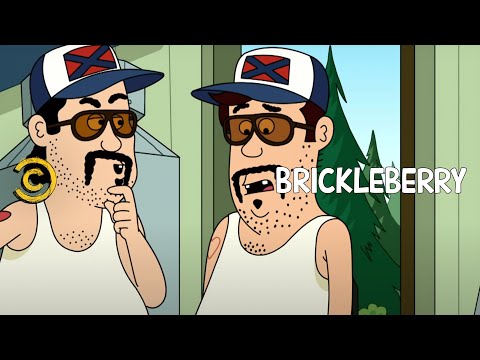