9
how to write a show: josh safran style par lamourfoucrazylove.tumblr.com
posted by Stephxcullen
“Josh Safran previews a new season that he says will be lighter, poppier, and a lot plus fun.”

par lighter, poppier, and a lot plus fun, in the writers room Josh Safran meant:

1. Josh: Begin this season with Chuck almost dying…again. Literally make him jump off that building this time guys.

2. Josh: Make sure and have fans assume Blair is pregnant with Chucks baby (it keeps those viewers coming) then have her drop a bomb on chuck saying it’s not his. (and end the episode with chuck drinking alone, no.. not just for this episode, EVERY episode, duh.)

3. Josh’s to do list: Give interview telling fans the paternity of Blairs baby is still in question.

5. Josh: toi guys, she Lost a baby, it’s not like she Lost Dan her bff, stop making it such a big deal.

6. Josh: WHAT DO toi MEAN THE RATINGS STILL SUCK?! Just steal Pretty Little Liars storyline! They have good ratings.. Send a text from A…I mean Gossip Girl to Nate from a blocked number! GOD, Do I have to do everything around here?!

7. Josh: Damn, I’m out of ideas, God please help me…. THAT’S IT. God won’t let her be with chuck, at least they will stop hatin on me. #hatazgonnahate

10. Josh: STFU WHAT DO toi MEAN THEY DON’T LIKE MY EPISODE. In interview: I really just hate chair fans tbh. I wanted to piss them off for the 100th episode.

11: Josh: I just really l’amour Dan Humphreys character, he is what this montrer is all about.

12. Josh: Make sure Chuck is still drinking alone at the end of every episode, don’t toi dare slack off… Oh, we need another death… Cece, yep sounds good to me. How does she die? I don’t know..cancer, stroke, blood clot? toi know what, screw it, just add in all three.

16
Chuck & His Butterflies.
added by notesofchange
This is my favori scene. :) And the other version of this clip is no longer available on fanpop sooo i'm adding this one. l’amour it...well, for as long as it lasts. It might get deleted too. :(
video
blair & chuck
Gossip Girl
papillons 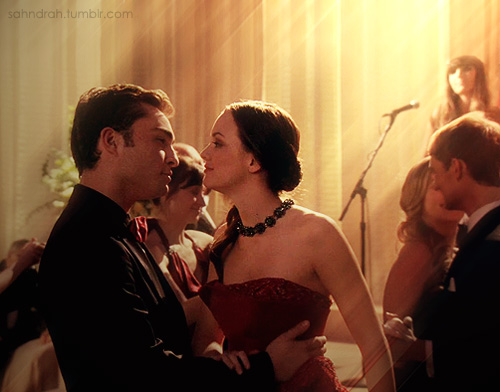 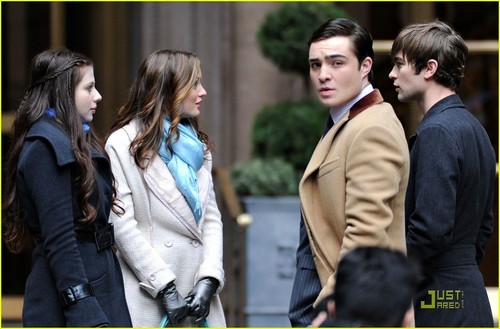 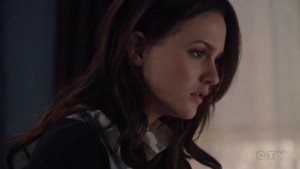 B: Chuck? (she looks at him, worried, waiting for a response)
C: (is in shock) Are.....are toi being serious?
B: Yes Chuck...we're having a baby!
C: But...how...when? I've been away for the past few weeks.....we only just started sleeping together two days ago.
B: Well....after the engagement party of course....
C: But i saw toi take the pill the suivant morning...you were on the pill Blair...you cant be pregnant.
B: Chuck...i wasn't on the pill....i came off when we apart…and that pill was a pain killer, i had stomach pains...trust...
continue reading... 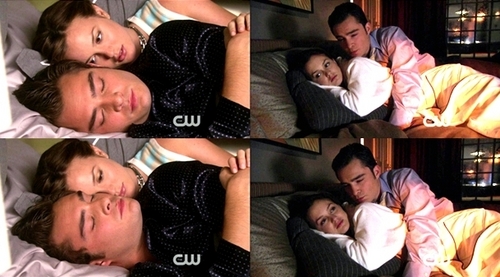 Chuck and Blair spooning
added by Nibylandija
Source: http://twistedright.livejournal.com/3797.html
8
November FOTM Interview with Laura [laurik2007] FINALLY! ♥
posted by LaPiccolaFra
1. Congratulations Laura! First of all tell us a funny episode of your life ou something funny about yourself.

Thank toi Fra! Something Funny…Hmm let me think: I like Guy Stuff, yeah have a little laugh, but It’s true, for example I play football and basketball, I like loose clothes and my bff is a guy. To weird? I guess not!

2. Now it’s time to do an embrassing speech about toi winning FOTM and being extremly grateful! ;)

Well to tell toi the truth I am grateful. I’m so happy to see this spot up and about like in the old days. And thanks to toi guys for making it happening!

How not...
continue reading...
6
Just need to get it out of my chest, really..
posted by cintia_cs
So, since the writers started smoking pot to help with their creative process, I've been seeing CB fans all over the internet complaining about how crappy the montrer has become. And don't get me wrong, I'm one of those people complaining about what a mess they've made. But plus recently the commentaires coming from some of these CB 'fans' have been annoying me. Some say it's times like this that bring a fandom together, but I don't think that's the case for CB fans. I think that this crisis has only served to montrer who the real fans are. And it's a little scary to me how few we are.

Not only here,...
continue reading... 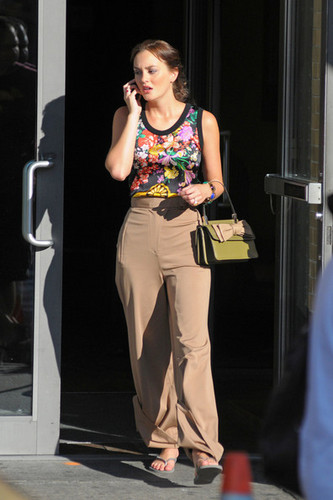 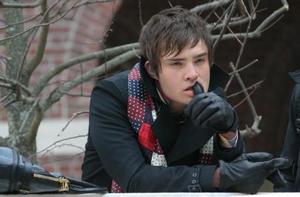 Okay, there are lots of unsavory “spoilers” going around right now, revolving around the death of One Chuck Bass, and we have lots of thoughts of this topic. To save yourself the trouble of reading, here is the short version of our ramblings: “Um, no.” 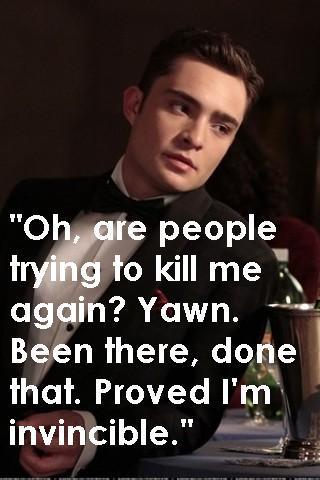 First and foremost, what would Gossip Girl be without Chuck Bass? The Dan and Blair rom com? Excuse us while we vomit. Chuck ties everyone together; he’s the l’amour of Blair’s life, Serena’s brother, Nate’s best friend, and Dan’s superior in every way imaginable. What would Nate do without him? Sleep with every guest star...
continue reading... 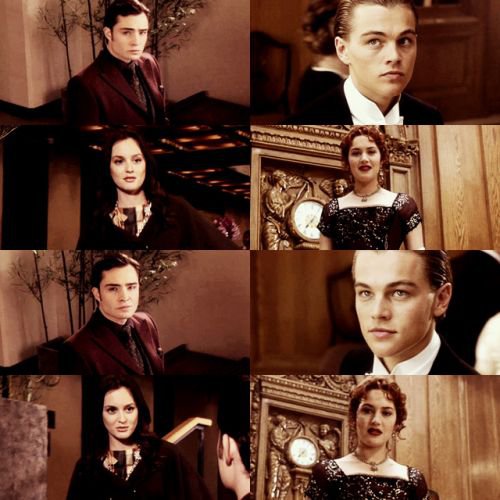 a great love<3
added by NoukolovesDean
2
Gossip Girl: Where Do We Go From Here?
posted by lozxtitchx
Last chapter Leighton and Ed found out Leighton was pregnant and they were both delighted and had celebratory sex… what happens now?

Its eight months later!!!! Sorry BethBass, I know toi wanted to see how the cast react, but there may be flashbacks.

Leighton was sitting at home, she had gone on maternity leave from Gossip Girl and was going stark crazy not been able to do anything, she had been told to relax and put her feet up, and Ed had demanded it.

It was six in the morning and Leighton had woken up with Ed at six, he had to go off to the set at eight, and needed a shower. For Leighton,...
continue reading... 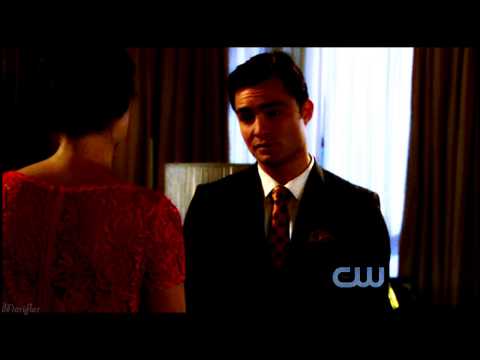 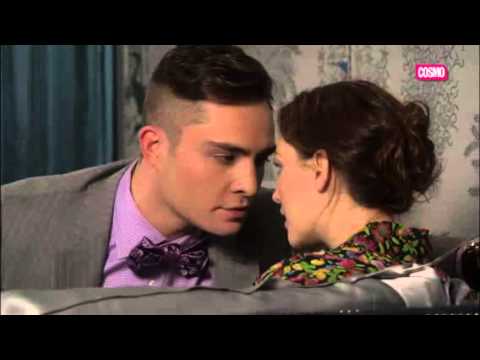 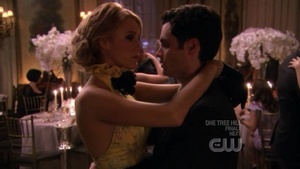 
Serena and Dan are sharing a dance and Nate and Blair are dancing too. Nate has been pestering her all night to speak to Chuck who has been catching up with Jenny and Lily. (F.Y.I: Jenny is at université and, unlike the real Gossip Girl, Lily has never had a history with Bart Bass, she is single and has been mingling with Rufus during her trip to New Haven, Rufus is also single)

C: So...you and Rufus...i saw toi two at the back of the house earlier..(he grins)
L: Charles! Dont be silly..you saw nothing.
E: (Erick and Jenny...
continue reading...
7
Blair and Chuck, their tale of l’amour -Chapter one
posted by emmie-emmi
“Nate! How could you?” she cried, “How could you!?... Y-You cheated on me, w-with h-her of all people!” tears started to fall from her eyes and they started cascading down her face. Nate stood in the middle of the Archibald library, chemise and tie missing, bending down to pick up his discarded items of clothing he a dit carefully and slowly. “I’m sorry Blair, toi a dit toi wanted to wait, and there has been so many things going on lately at home. And after things ended last night I thought we had broken up” Nate looked over at an uncomfortable Vanessa who is frantically trying to...
continue reading...
9
Gossip Girl: Where do we go from here?
posted by lozxtitchx
Gossip Girl: Where do we go from here?

The Gossip Girl cast had been firm Friends and colleagues for just over three years, they were half way through filming their third season and rumours were rife about one member of the cast in particular, Leighton, because of the alleged sex tape that had been leaked to the internet.

Things had been weird with Leighton and the rest of the cast for the weeks after the sex tape rumours came up, only Ed, her favourite co étoile, star was there to support her, it was like all her other so called Friends thought she was a leper, they didn’t want to know her because...
continue reading...
More Cards
1234567891011