This is really long so grab some snacks! cause I do want everyone to read the whole thing before commenting.

I know a lot of people say they want to see a vocaloid anime. An animé about the actual vocaloid characters that is, I'm actually quite excited to see the Kaguro days animé (so I'm fine with animes based off of the vocaloid songs). I would like to say that first off what would this animé even be about? My best guess would either be
A. vocaloid are all in a (school?) band
B. Just a bunch of aléatoire short stories (Hatsune Mix)
Now in order to feature the actual vocaloid characters in story lines other than option B, your probably gonna have to give them legit personalities if toi want to get past conversations of "My name is Miku. I like to sing and dance."

Crypton really doesn't give their voice banks very specific traits ou personalities, they don't flat out say They like ______ They hate ____ people find them ____In their free time they ____ Their family is____. The company doesn't give them specific traits, and they don't like giving them specific traits because vocaloid belongs to the users and the audience. They want people to develop their own way of seeing the vocaloid characters and giving them specific personalities would, in my opinion, perhaps end up making people want to say that the song isn't right for the vocaloid personality. ex: vocaloid is donné a nice personality, producer is donné shame for producing a song were the vocaloid comes off as mean. A good example of all this (and one I'm sure your all aware of) is if Rin and Len should be
A. Siblings
B. Lovers
C. Mirror images
While Crypton stated that their intention was for them to be seen as mirror images, that vocaloid belongs to the community and people can see them however they like. Meaning that technically no one is right ou wrong (when i say this i mean that its okay to view them as sibling/lovers but it's not okay to tell anyone who sees them differently that they are wrong and toi are right, cause really no one is.) (I see them as mirror images if anyone cares, I would also say that when I tell people what the company a dit about the kagamines, even though the company a dit they belong to the fans, I see people switch to the idea of mirror images, montrer that if the companies gave the vocaloid personalities for the anime; some people may really take to the personalities. They wouldn't create their own as is intended par the company and shown par the numerous creators, they would be stuck in the anime). Hence toi see many songs supporting all three ideas of the Kagamines.
If you've read manga Hatsune Mix, you'll see that the vocaloid don't even talk much (If i remember correctly I don't even think miku says anything much beyond her own name) and the people around them pretty much just see them as chant robots, even here the vocaloid aren't donné much personality beyond "I like to sing". So I suppose making an animé that followed the short story pattern of the manga, would be okay.
If there were to be a vocaloid animé using the actual vocaloid characters, to go beyond stories like in Hatsune Mix, they would need to give the vocaloid personalities. Since vocaloid belongs to everyone, this wouldn't end well because everyone has their own personal opinion on what each vocaloid is like. Creating an animé beyond the likes of Hatsune Mix would probably cause...
A. people say whatever and continue to use vocaloid how they please (older fans)
B. People would think that the songs they made with each voicebank had to actually represent that vocaloid donné personality and not the creators own feelings. (newer fans)
C. incredibly new fans would just become so incredibly confused and would be the ones enforcing option B, conflicting with creators and plus informed fans.
D. they would make an anime, probably splitting the fandom in half of those who approve of personalities set forth par the company and those who don't. fans that like the animé and fans that don't.
All in all an animé would also cause even greater confusion for newer fans, and if they didn't like the animé then they may not go on to find the other aspects of the fandom.

Do we want to see a vocaloid anime? yes. why? because we l’amour vocaloid (also because most people think its animé from the start so why not just make one?). Do I think there should be a vocaloid anime? No. I think that if there were to be one, it would change how people would have to view certain vocaloids, and that would ruin the idea of vocaloid belonging to the fans and allowing creators to be able to use vocaloid to express themselves, whatever traits they would like to show.
I suppose a really cool idea for animé (in my opinion) would be if they took populaire creators songs and gave a song 1 episode in which the vocaloid would take on the roles shown in the songs musique video. (so the animé would just be an expansion of 1 songs musique video) they could pick a different song producer for each episode. I would say the only problem with this is that they wouldn't be able to take songs that are exactly populaire at that exact time,lets say they took a an to make one whole season, then the animé would be personifying songs that were populaire 1 an il y a at the time of people watching. Which wouldn't be a bad thing but it would be much plus fun to see the songs that are literally populaire right at the time. If people could think of them as extended musique vidéos of the songs, then if would prevent the thought of "oh this vocaloid is like this" and would still be able to maintain the idea of "interesting that the producer likes to use this vocaloid for these types of songs, I would never have thought of the vocaloid like that"

That would be the only type of vocaloid animé I would be interested in, which I suppose they've kinda already done with kaguro days, but then the animé wouldn't be using the actual vocaloid they would be using fanmade personifications of them, so we'd still kinda be back at square one with not really having a vocaloid anime. Also seeing as how Crypton has already made it clear that vocaloid belongs to everyone, I doubt we'll see them selling the vocaloid mascots to someone to turn into an animé (copyright issues)

Please note that this article refers to Crypton vocaloid only, so if I have to hear anyone in the commentaires go off about Luo Tianyi and the fact that she does have her own animé (well, PV) series, she's not made par Crypton and the company that did decided to give her plus of a back story and personality. If your gonna say she is an example that would prove that a vocaloid animé is a good idea, I would like to point out that her animé is very short (each PV is about 1:30-2:30min long) and no one talks.


that was long! congrats for making it through, I think I've finally decided to shut-up! Sides we got countless songs, manga series, video games series, and concerts, its not like the fandom will die ou something without an animé being made.
reishiraven, animegurl235 and 3 others like this
HatsuneMiku- That would be so awesome to see a vocaloid anime tv show. Id give aneything to see a Vocaloid tv show. But woulden't it be called Hatsune Miku Vocalodis. If it was a tv show. Cause she is the Main Vocaloid that is.
panisepic I think they mean if Crypton were to license a vocaloid anime, not that the anime would be called Crypton or anything. Frankly I agree with a lot of this. Crypton would probably have to give some consent if they were to make one, and they probably wouldn't. I think that the only vocaloid anime we will most likely ever see would be like the last suggestion, ones based off of songs, probably will depend on how kaguro days turns out, wait to see fans reactions. I hope we see more animes based off of songs, the mangas never seem to become very popular but i hope the animes will.
Cutepet87 I suppose they could make a lengthy series of the Evilious chronicles. That would be cool, but I see people commenting on songs like Mosaik Role saying it should be an anime, but it would barely even last one episode. They need to think on how long it would be. Some songs only have enough of a plot for one, maybe two episodes, then that's it. 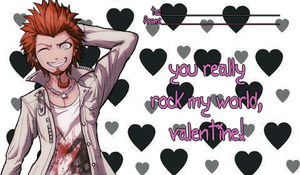 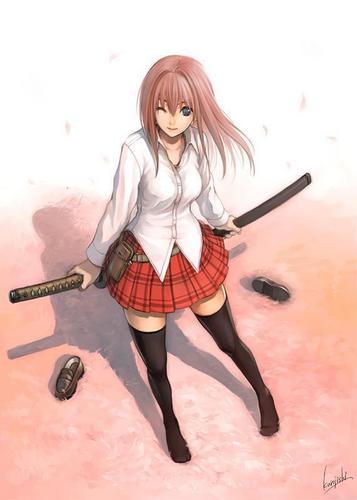 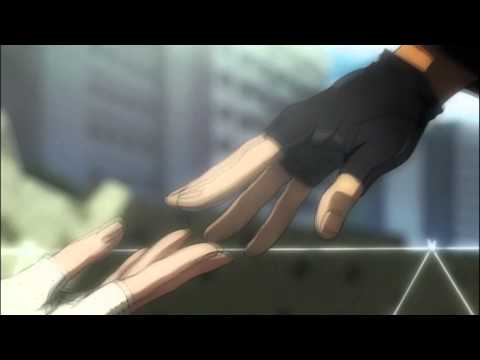 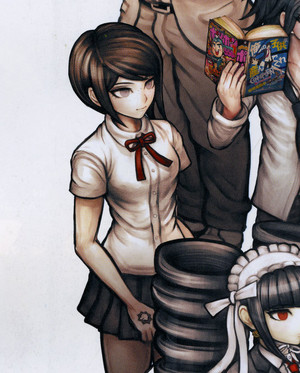 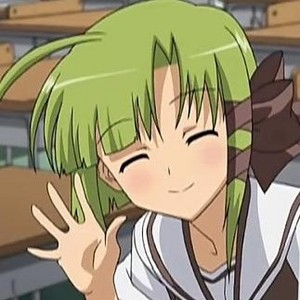 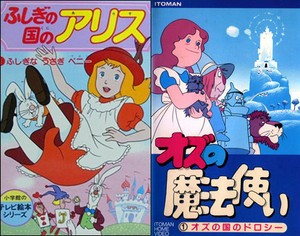 Alice and Dorothy
added by spritle101

2
Kyoukai No Kanata
added by meliblack 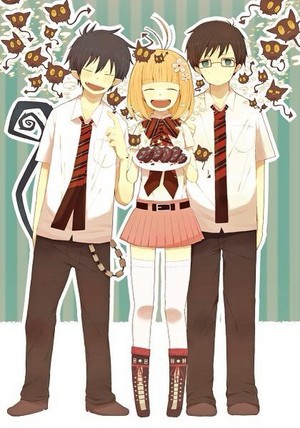 5
Ao No Exorcist
added by meliblack 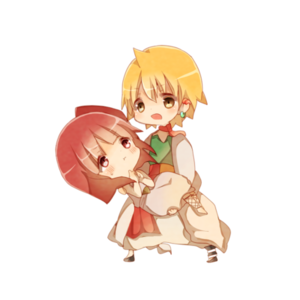 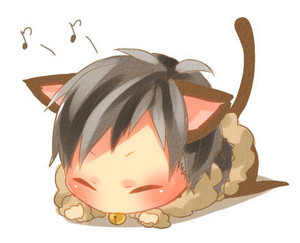 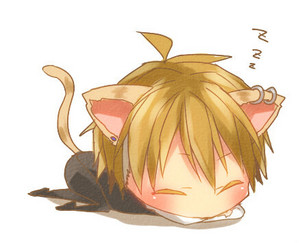 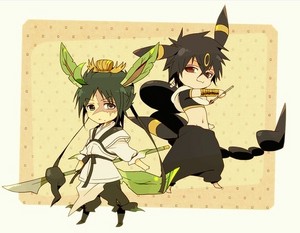 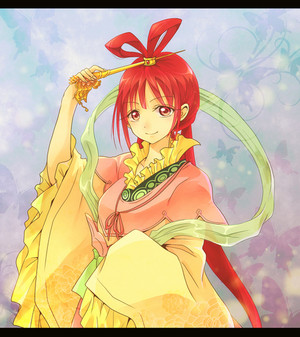 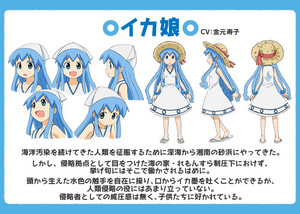 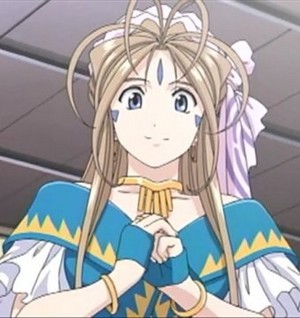 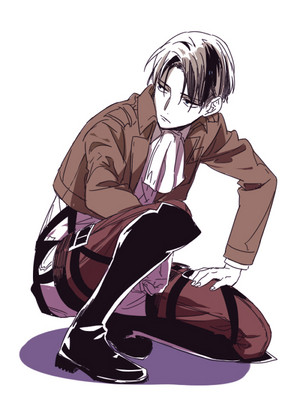