Assasin's Creed loup 2: loup Rogue vs assasins
posted by RayJamesRaywerc
Tommy-Lee, Humphrey, Kate, Lily, Garth, Runt, Stinky and Claudette ate caribou around a fire.
Runt: salut Tommy still tells us a story of Assassin.
Tommy-Lee: Request that has your parents.
Runt: Can mom It tell us a history of assassin?
Kate: Of course.
Humphrey: To go have listen to you.
Tommy-Lee: OK it was it is very a long time has
Jasper Les loups lived in peace and prosperity,
Until the jour Rogues loup invaded
Jasper.
There N was that only one hope: The Brotherhood of the Assassins.
When the Assassins arrived Rogues loup prepared has to fight.
Kenaï: To go let us put boots on the buttocks of these Rogues Wolf.
Tommy-Lee: Go prepare have themselves will fight until death.
Runt: toi do a little wait is in the history?
Tommy-Lee: Not my ancestor was called also Tommy-Lee.
Runt: Oh… OK
Tommy-Lee: Now let us turn over has my history.
Kyle: To prepare the Guns!!!
Tommy-Lee: They arrive!!!!!!!!
Arrogant loup arrived.
Tommy-Lee: Archer!!!!! To aim!!!!!!
FIIRREEE!!!!!!!
Archer shot at Rogue Wolf.
Kranos: To go let us invade To marble!!!!!
Koda: It go up with scales!!!!
Tommy-Lee: Make Fall the scales!!!!
The other Assassins make Fall the scales.
Arrogant loup smashed the large door.
The Assassins who were in front of jumped to the tops as of Rogue loup and killed some whatever ones. Koda taken its hachette, hache de guerre and was being gone from there to kill out of Rogue Wolf,Runt: and what what occurs then?
Tommy-Lee: Listening I will tell toi what occurs afterwards.
Kyle also jumped and killed out of Arrogant Wolf.
Kenaï: They have Turns Of assault!!!!!
Tommy-Lee: What!!!!!!! They must surely Have dealings with the Spanish Coyotes!!!
Kodi Dit Aux Archers to put their arrows on feu very of continuation!!! Kodi: Yes Chief!!!
Kodi ran and tells the archer to put their arrows on fire. Archer put their arrows on feu and make feu towards the turns of assault.
The Turns of assault take feu and Rogue loup left the tower of assault.
Tommy-Lee fights with dimensions his/her brothers and sisters.
Balto: Hé my brother.
Tommy-Lee: What what there is Balto?
Balto: Are we families in security?
Tommy-Lee: T " do not worry I placed them Arrogant loup do not think has to excavate.
Balto: OK.
Balto fights makes true Assasin' S Creed.
Runt: Does I let also guess Balto is in the history?
Tommy-Lee: Its back back postpones Back Large father was called quite simply also Balto.
Hours Later…
Rogues loup were folded up.
Assasin' S Creed were Too strong for Rogues Wolf.
The Assassins still gained and Always defend Jasper. Claudette: Did Wow Tommy ou toi take all his history Tommy?
Tommy-Lee was there. It was at the haut, retour au début of the arbre has to observe out of dress of Assassin and Jumped. The End
Kishin_Kira Oh my god the cringe.
TimberHumphrey i'm with Kishin on this one. i'm sorry but this was pure cringe 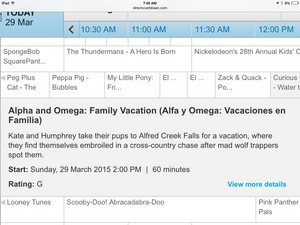 Alpha and omega family vacation is on carrbieen
added by Wolfire14

King: *Watching* Soon, my rouges, we shall strike!

King: Oh gosh...take your hippie dippie stuff back to Banff! We charge to battle!

Rouge Wolves: *Charge down the cliffside*

Rouge Wolves: *Round up the remaining United Pack loups and herd them into cages*

King: *Laughs* Jasper belongs to us now! Now nobody can stop us!

Duke Nero: *Appears from a portal* I see toi have the wolves.

King: And where's our stuff? 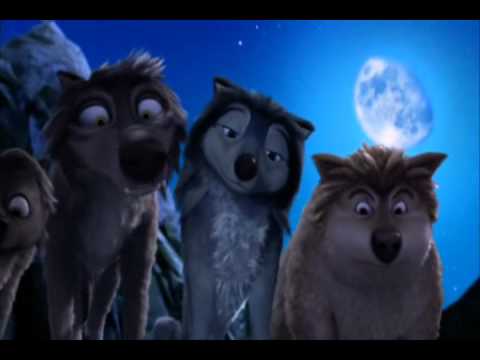 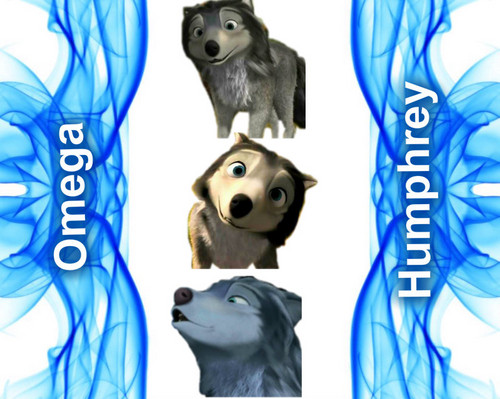 3
another éditer i made
added by HUMPHRY 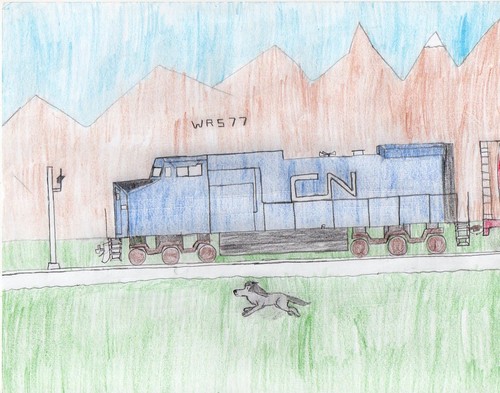 1
Running with the devil
added by WolfRaider577 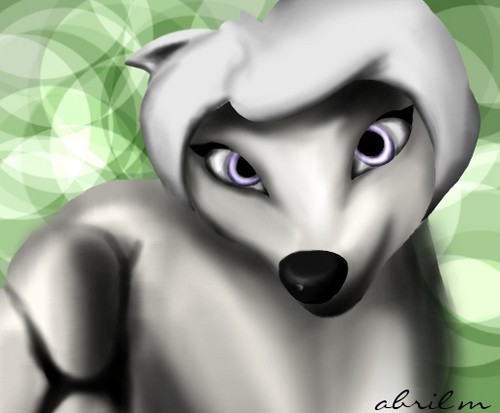 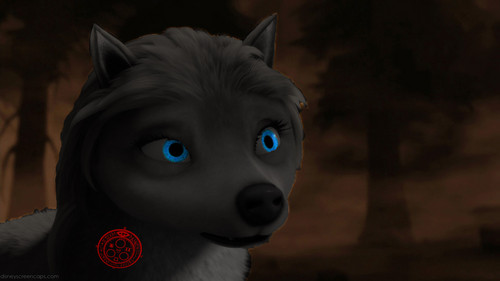 3
Maria: Daughter of Rosie and Chris
added by Red_Pyramid206
Source: Me 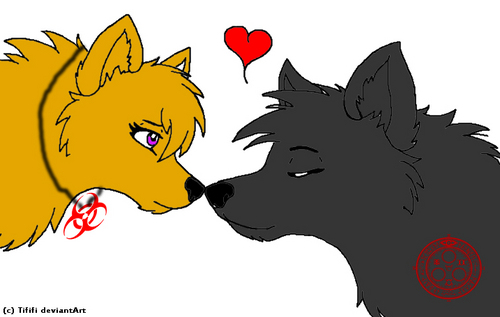 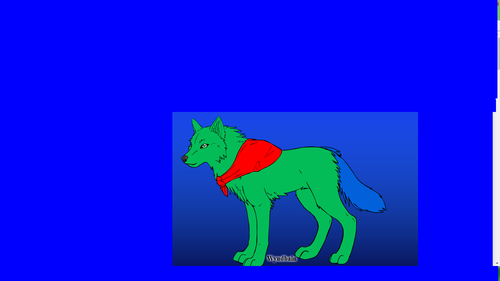 1
A&O 9 photos
added by AlphaWolfCurt
Source: AlphaWolfCurt
war of the worlds
posted by frankrivera
chapter 1 the beginning october 30, 2013 , canada jasper one jour in jasper park there was two wolfs playing out in the forest. There was a girl and a boy the boys name is robbie and girls name is rachel. Robbie was 17 years old and rachel was 11 years old they was playing tag as there father saw them his name was humphrey . Humphrey was at least in his his twentys ou thirtys. But he walk up to robbie when he was turned around. Robbie notice that there was a shadow suivant to him . But humphrey scared robbie . Ahh!!! Jésus christ!!! toi scared me robbie yelled . Humphrey fell on the ground cracking...
continue reading...
Alpha and Omega 2 (part 3)
posted by boltrocks2233
"Hey guys im back!" Alex a dit as she walked into the den. "Where where you, your cerfiew is 30 minutes before sunset and sunset was 20 minutes il y a young lady!" Kate shouted. "Kate calm down, im sure Alex has a good reason." Humphrey said. "Well I do, I was meeting a friend that just came back from alpha school." "Who was it? Was it someone I know? When did toi meet?" Kate was rambiling on. "Well his name is Justin for starters." Alex replied. "And I'm meeting him at the moonlight howl tonight." "Hold on, it's a guy?" Humphrey asked. "As far as I know." Alex joked. "Wait, Justin? Red fur, green...
continue reading...
The Road Less Traveled (Frozen Fire:Connor's Quest)
posted by Omega90
I had left town just an heure ago,but something felt out of place.Why did I feel I was being watched,but par who?A buisson, bush had rustled,I figured that maybe it wasn't a matter of who it was,but who they were."Take another step and we'll claw your eyes out and feed them to you!" a deep voice yelled.It seems he was the leader of them,but were they after me because of the doberman incident back in town?"Is this because I killed your gang leader!?" I demanded."He threatened the only person to care for me,so if toi are here in force to get revenge,then toi better dig a graveyard in the suivant few seconds!"...
continue reading...
2
Metal song: ou loup
posted by metalwolf116
(this song is dedicated to alphawolfcurt, this song is written par metalwolf and metalwolf only, this song is protected par copyright and toi will die if toi violate it)

VERSE 1:
do toi ever see the gleam
shining in the night
a pure bright metal
gives toi a fright

CHORUS:
The golden loup approaches
backed against the wall
but don't be afraid, he wont hurt you
for he is golden
of body and soul
and he is a blessing on the eyes
give it up for the loup of gold

VERSE 2:
the danger is near
you are covered in fear
the...
continue reading...
Captured part 3: WHAT THE HELL ARE THOSE THINGS
posted by kates-mate101

The man struggled to keep the creature off of him...
Part 3:Warning, the following chapters are going to become sci-fi… Don’t judge me about it.

Seth grabbed Dawn’s shoulders and leapt behind the blockage. Seth could hear bullets ricocheting and blasts of feu from the guns. “How the hell are we going to get out of this one?” Dawn asked, nervously. Seth looked about. He found a piece of corrugated piece of metal with a broken and wide screen that could fit a gun. Seth grabbed it, and took Dawn’s G16… He stuck the gun through the hole and popped it over the barricade. He used the metal so his hand wouldn’t be shot. Then he started...
continue reading...
Captured part 2: Close shaves
posted by kates-mate101 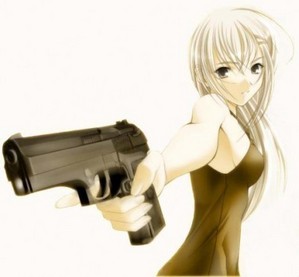 Dawn
Part 2
“Feeding time.” a dit one of the scientists. Humphrey licked his lips, but was careful not to get up. “It’s ok… I’ve deactivated the collier for now.” Came the scientist again. The scientist slid two plates into Humphrey and Kate’s cage. One contained steak and the other water. A small amount of both however. The bare minimum… “You have 20 minutes. toi are eating, then we are going to do some… Research… On toi two.” Came the scientist, before exited the room, glancing at a scalpel. Humphrey whimpered. “It’s ok love… We’ll be ok…” Kate whispered, even...
continue reading...
My review
posted by ThatDarnHippo
Well, I saw the movie. It was accidental. Me and my Friends were going to see that owl movie, but we went into the wrong room. It wasn't our fault, though, the titles were wrong. Well, we decided to just stay there because we were wondering what this movie was like.
It got a lot of laughs from the toddler sitting a few seats down. Other then that, the theater was oddly quiet. The adults had a few laughs here and there, was it was nothing like other comedies I've seen. It was way too quiet. But the movie, Alpha and Omega, didn't deserve noisy laughter anyway.
It was far too predictable. You...
continue reading...
More Cards
1234567891011