1
Chapter 19: Humphrey's fall
posted by UriahA
Scar awoke with Humphrey par her side. She gripped him also crying. It was awfully hard too
“Scar, we’re not doing that. I’m married and it would be disrespect to Cando.”
“I don’t want to do it. I’m just upset and I’m gripping toi for love.”
Humphrey remembered Kate was going hunting and since Cando was gone, he was donné another chance.
“Hey, Scar, I have to go hunt.”
“I thought toi were banned from hunting.”
“Well, since Cando is gone, I’m being donné another chance.”
“Ok, go ahead.”
Humphrey headed out to the hunting field.
“Humphrey, you’re late,” Hutch said.
“Sorry, Scar really needs someone right now.”
“She should déplacer in with Mooch,” Kate said.
“That’s not a bad idea. He doesn’t have a mate.”
Kate came up to a few caribou.
“Hutch, attack!”
Hutch missed the caribou and they headed out.
“Stampede coming!” Kate said.
This time the stampede came from both sides.
“Oh crap! Everyone duck! Crawl to safety!”
Humphrey was taking a dangerous risk, “Kate, I’m going to get the truck! I’m going to come back and get toi three!”
“Ok, hurry!”
Humphrey ran to the truck and started driving. It was a jump to rescue, just like what happened about four months ago, except with a car. He jumped but the landing failed.
He came down and landed on the rear bumper. He started flipping and hit caribou on these flips. He did at least 12 barrel rolls and 4 front flips. Kate ran ahead to Humphrey. The stampede turned right.
“Humphrey! Are toi ok?”
“Oh! I have a few scratched and scars, but other than that, I’m ok.”
They heard the stampede come back around.
“Come on Humphrey work toi way out!”
“Ahh! I’m stuck! Go!”
“Go?”
“Retreat! Leave me, just save yourself.”
“Humphrey, I’m not leaving toi here!”
“Yes toi are! Save yourself and don’t worry about me.”
“Alright, I will.”
“Don’t make me regret this.”
Kate ran to the colline where she was safe. The stampede sent the truck airborne. The truck fell down a cliff. The truck exploded on impact with Humphrey in it. Kate slowly came to the edge of the cliff. She collapsed to the ground in disbelief.
“First Cando, now Humphrey! It just has to happen!”
They arranged a funeral for Humphrey and Cando both.
AlphaWolfCurt likes this
katealphawolf what a terrible way to go, poor Humphrey!
AlphaWolfCurt Not humphrey AS WELLL

3
6 alpha and omega images
added by anubis210
7
life with crystal: chapter 12: college days
posted by metalwolf116
the incidents of the jour before left my night short and restless, tossing, turning, not a wink of sleep blessed my soul and with every sleepless minuet made me plus restless and annoyed, but then i looked at crystal....her beautiful sleeping form, he heavy breathing, her soft closed eyes hiding the dreams ou nightmares enveloping her mind.

i looked back to the cieling still holding crystal with one arm. the shapes of the ceiling seemed to be forming, morphing as if mocking my very presence. i turn away from it all and close my eyes, remembering that the last jour of summer was the jour i just...
continue reading...
2
My Life With Garth
posted by lillyomegawolf1
The night was warm and calm. I was teaching the Eastern packs own Garth how to howl. Lilly, "Okay, montrer me what you've got." Garth, "Awoooooooaaahhhhhh!!!" Lilly, "We'll work on it. Okay, watch me first. Breath in through your stomach, not your throat. AWOOOOOO!!!!!!" Garth wasn't very great at howling, but luckily he had a great teacher. "Okay, take a deep breath and howl from right here." As I touced his heart, he gave me a very cute smile. He howled, and for once, I didn't have to cover my ears.

Lilly, "That was great, keep practicing!" Garth, "Well, I'm lucky enough to have a great teacer."...
continue reading...
I am tired of all this fighting!!!
posted by AlphaClub
Okay. I am going to be honest with everyone on here.

Okay, wwarea. toi need to stop. Please. I am not going to sit there while toi try and turn the whole club against me, Mojo, and a few others, just over a few opinions. I no longer can be toi friend if toi continue to act like this. What has gotten into you? All of the sudden, toi just want to have all of your friends. toi even a dit in Mojo's article, that toi think people need to die. Really? Where did all of your sense go? And toi are also jouer la comédie like a hypocrite! Because as well on Mojo's article... and on the Gay fanfiction one... on the...
continue reading...

Chris Tucker stand up comedy
added by TimberHumphrey
just thought i'd make ya guys laugh a bit
video
Jasper Park prévisualiser
posted by jhilton0907
A prévisualiser of my new epic Alpha and Omega story, Jasper Park. A new story that focuses on the past of Jasper Park, leading to the birth of the Pack Law and seeing the ancestors of our favori characters.

Set in a plus dangerous world... a young Omega par the name of Alex, takes a stand against his wicked brother Norman for the freedom of his fellow Omegas after they were enslaved par the Alphas. What he didn't know, his actions set course a series of events that will change the history of Jasper Park forever. Alex did not just set the course for Jasper, but created the bloodline that will lead...
continue reading...
1
question about an A&O4 character
posted by LillyOmega2 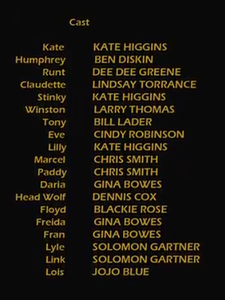 I know Daria is the blind she-wolf, those two porcupines are most likely Freida and Fran, Lyle and Link are Tony's old friends, the head loup is the one who dies at the end, but I have one question about the cast list:

Who is Lois? The she-wolf who tells Daria about her mother and is a re-skin of Sweets? I don't remember anyone called Lois in A&O4. She may have been mentioned par name and I not noticed it, but I could've missed it as the character I'm assuming "Lois" is didn't appear until near the end of the movie.
1
how Rocko met princess
posted by Rockowolf123
Rocko met princess in alpha school
Her dad was an instructor at the time
Princess had a big crush on Rocko
But he had a big secret
Hi princess'' Rocko said
Hi Rocko'' princess a dit back
Me and the guys are hanging out later wanna come'' Rocko said
Sure'' princess said
LATER
Princess and Rocko met early
Um...hay Rocko can I ask toi something'' princess asked
Sure'' Rocko said
Princess then placed her lips on his
Will toi l’amour me'' princess asked
Princess I'm ...I'm married'' Rocko said
Oh...oh I...I got to go'' princess said
A FEW YEARS LATER
A mois after sweets. Rocko's original wife passed away Rocko was walking when a brown loup ran into him
Princess'' Rocko a dit in disbelief
Rocko I would Kiss toi but you're married'' princess said
Not any plus she died a mois ago'' Rocko said
Well I know how to make it better'' princess said
She then placed her lips on his
THE END
Wolfe 02
posted by BlondLionEzel
Episode 5

King: *Checks the cloning machine and sees a developing clones of Kate and Humphrey*

Clash: My goodness...you’ve made copies of them.

King: Clones. I shall use these bodies to make new Zodiarks.

King: I can’t tell you, Clash. But here’s what I can tell you. Get me plus samples! I need Lilly and Garth’s hair samples.

Clash: Come with me. I need plus samples. 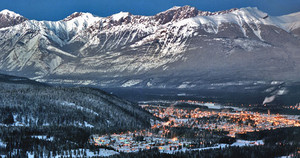 5
Tha'ts Jasper, Canada
added by SiberianWolf
Humphrey's Past 5
posted by westernunit-211
(The trip to the Western territory will be a good one. Humphrey and his squad will be visiting Winston.) 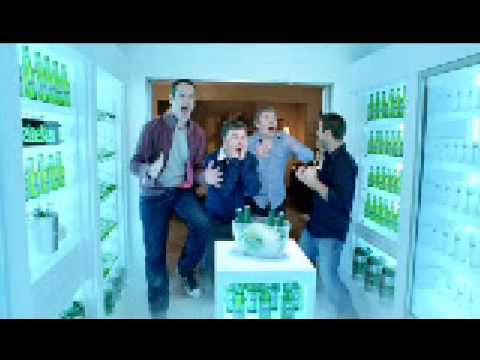 2
Not A&O related.. But honestly the most memorable commerical EVER!
added by Canada24
Never gets old.. :)
video

3
My brain says no but my cœur, coeur says yes
added by KingSimba4Ever9
video 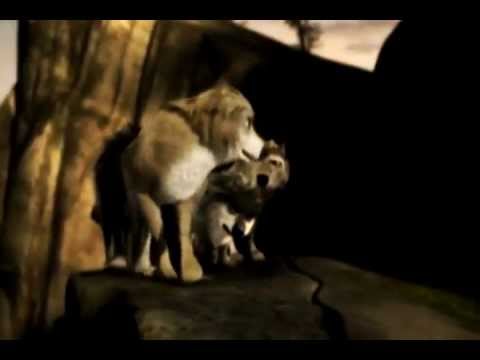 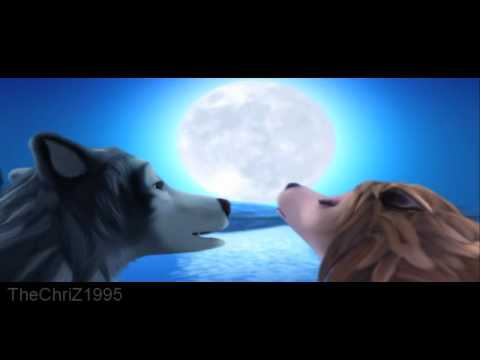 6
What About Now (Animash)
added by TheChriZ1995
Yay my first animash! I've been wanting to make one of these for a bit now. Enjoy and leave some likes :D Song: What About Now - Daughtry films Used: Alpha and Omega, Lady and the Tramp II
video
Alpha et Oméga
kate
humphrey
a&o
films lady and the tramp two 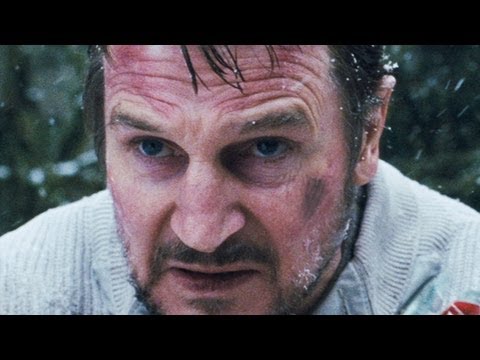 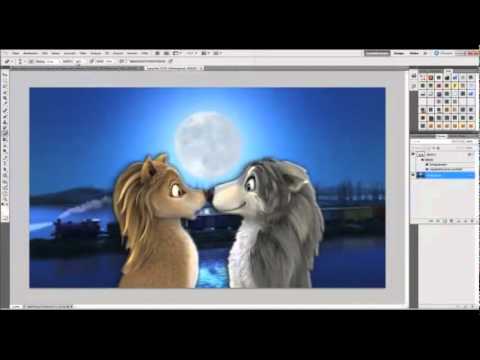