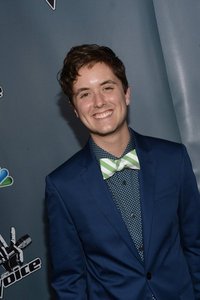 A native from Marietta, Georgia, Pip caught the eye of fans with his emotionally charged rendition of “House of the Rising Sun,” which secured him a spot on Team Adam Levine during his “Voice” run.

Now, a professional recording artist, Pip is giving Team Adam a good look when it comes to alumni with his new record deal in place and a pop and dance track that is exemplary of Pip's finesse and charisma as an artist in tune with...
continue reading...
8
Maroon 5 new album in June ^^
posted by Alma_
Maroon 5 are set to release "one of our most diverse and poppiest albums yet," according to frontman Adam Levine. The group's fourth LP, Overexposed, will hit shelves on June 26th and offer ten new songs.

"'Moves Like Jagger' [from 2010's Hands All Over] was the first time we ever worked with an outside writer, so we decided to try it some plus on this record," guitarist James Valentine a dit in a statement. "At this point in our career I think it was a good thing to completely mix up our process and it yielded good results, as well as a plus collaborative spirit within the band. We wanted to...
continue reading...
9
Adam Levine: Biography :)
posted by Alma_ 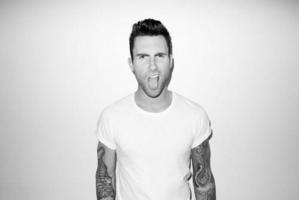 
Adam Levine
-is an American singer, guitarist, and songwriter. He is the lead singer of Grammy Award-winning band Maroon 5.

Adam was born to Jewish parents in Los Angeles, California. He showed a strong l’amour of musique at a young age, learning to play the guitare and performing on stage at twelve years old. As a teenager at the Brentwood School, a private jour school in LA, he was awkward: he says of his teen years, “I was gross, My hair was...
continue reading...
7
ADAM LEVINE Dishes About Upcoming MAROON 5 Album
posted by Alma_ 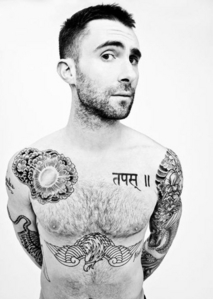 ADAM LEVINE recently dished to étoile, star news about MAROON 5‘s upcoming album, saying that it will be released very, very soon!
While Adam Levine is busy venturing into different career opportunities, namely ruthlessly judging on “The Voice,” while expecting the release of his first fragrance and debuting as an actor in “American Horror Story,” he and the rest of his Maroon 5 band mates are releasing their newest album this summer! The singer, who has joined a long liste of acclaimed artists like Taylor rapide, swift in lending their voices for a track in the chart-topping “Hunger Games” soundtrack,...
continue reading...
8
Adam Levine Thankful for Charmed life – NBC’s The Voice Gave Maroon 5 Renewed Success
posted by Alma_
Adam Levine leads a "charmed" life.

The 33-year-old Maroon 5 singer – who also works as a vocal coach on 'The Voice' and plans to release his own perfume range – feels he has a lot to be thankful for.

He said: "I live a very Charmed life that I don't ever take for granted. I wake up in the morning and feel like the luckiest man in the world.

"I'm a confident person – but I still think, confidence aside, [success] has a lot to do with timing, making the right decisions and being lucky."

And the 'Moves Like Jagger' singer admits 'The Voice' played a big part in the renewed success of his band....
continue reading...
2
ADAM LEVINE IS SINGLE! :)
posted by Alma_ 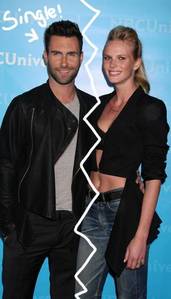 fans of Adam Levine may squeal in joy for the Maroon 5 frontman is back on the single saddle. It has been announced par his model girlfriend Anna Vyalitsyna that they have decided to take separate ways after two years together.

"Adam and I have decided to separate in an amicable and supportive manner. We still l’amour and respect each other as friends. I wish him all the best," Vyalitsyna a dit in a statement to People. The model, who is also known as Anne V, met Levine at the Sports Illustrated maillot de bain issue release party in early 2010, where Maroon 5 performed.

The couple has done a lot of public appearances since they dated. She was his on-screen lover in Maroon 5's musique video for "Never Gonna Leave This Bed". They both appeared naked together in February 2011 issue of Cosmo UK to raise awareness of prostate and testicular cancer. They also went nude for the cover of Vogue Russia's November 2011 issue.
1
Adam Levine featured on Slash's new album!
posted by cubuffst 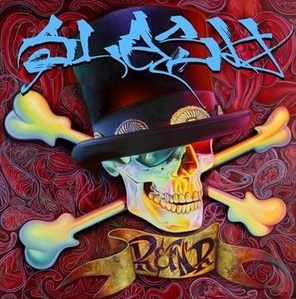 Adam is featured on the seventh track of the album, called "Gotten". toi can pick up the album everywhere on April 6th, and prévisualiser 30 seconde clips from each song on amazone, amazon now!
9
Adam Levine to rejoindre “American Horror Story” Cast
posted by Alma_ 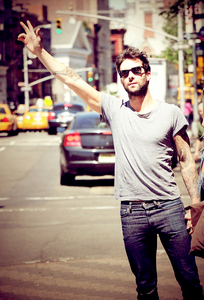 A few weeks il y a it was reported that the FX hit American Horror Story was going to be getting a major face-lift. “Face-lift” still sounds like an understatement considering that the vast majority of the starring cast is not returning for the seconde season. What’s stranger is that this was not due to contract disputes ou creative difference, but it was planned.

For all of the cast it lost, it was also confirmed that Jessica Lange and Evan Peters would be coming back but starring in completely different roles. According to Entertainment Weekly, the cast is going in an off-the-wall direction....
continue reading...
7
Adam Levine - Stereo Hearts (Lyrics)
posted by Alma_ 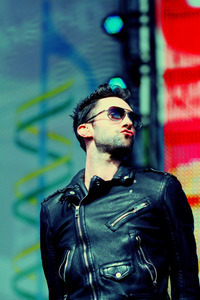 My hearts a stereo it beats for toi so listen close
hear my thoughts in every note, oh! oh!
make me your radio turn me up when toi feel low
its melody was meant for you
so sing along to my stereo

if i was just another dusty record on the shelf
would toi blow me off and play me like everyone else?
if i asked toi to scratch my back could toi manage that?
travie I could manage that