1
Tess Bio
posted by Gunfire
OOC: this is an new oc, part of her background hapend in my war in gotham seires, so she is frome thad timeline. The stuff toi should probly knowe frist is downe as latest in the bio.

Name: Tess shepard ( shepard is gunfires last name, thad nowan but a few knowe))
Age: 13
Apearance: blond long hair, bleuw eyes, slender. He hase a few tatoos, one of them in a bullet made frome dates, to rember, her dat, wat hapend to her and who she is.
Cloths: depens on the situwation, mosly somting short, thouw she also whears robes when she wants to stay incospicuwaous.
Personanly: agresif, shoot first ask qwestions later, doesn't trust easy, lolay to pepol she trusts, suborn.
Skills: Basic Acrobatics, expert with pistolets and explosives,masster marksman,knowes howe to use evry wapon, abel to build and repair olmost evrything.
wapons: a pair of twin guns, thad gunfire made fore her, and in rare ocasions evryting els she can use as a wapon.
Notes:
- Adoptid dauther of gunfire.
- Traveld back in time using a timaschine build par her dad (gunfire)
- Almost as good a shot as gunfire
- distrust evry crimnol

Bacground:
She lived a normal live in gotham fore the first 10 years of her live, but when she was 10 the war in gotham between gunfires RA, and the Merc's broke out, her pareds when shor in the streed par the merc's and a merc officer made her into his slave/pet. When gunfire and his troops saved her she hang around whit then, but she never wanted to tell her name beceas it remdet her of wat she lost, so gunfire just called her Tess, and took care of her ever since, when the war endet he oficaly adopted her, and she lived whit him in gothem. He got poisend par penweing and diet a painfull death 3 years later, afther his deat the Joker and Harley qwuin wend on a rampages advantly getting killed, and whitout joker to keep the ganges in line, the city fel into an alout gang war. In the monds of fithing countels pepol died, and the entyre police fore was slauther, afther a long time of fithing tow face, advatly united al the ganges of gotham into the syndecate, they took over the city and killed evryone whe even ferd the liddest resietance.
Tess tryd to figt them but even thouw al the train her dat had donné her she could not destroy the syndecate, so instaed of figting a undless war she traveld back in time, to save her dad, and stop the dark futher frome hapaning. 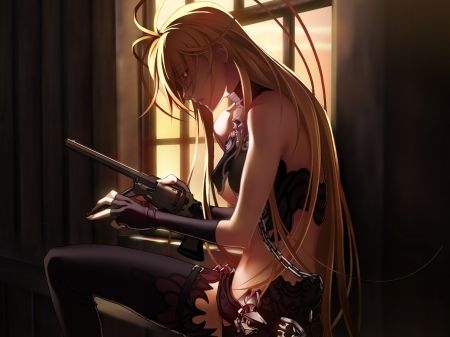 SilverWings13 likes this
ReneYJ ((Nice!)) She's gonna be my best friend!!!!
The_Writer MY PICTURES!!!!!!! I like her though!!!!
Gunfire OOC: soory wrtie dit not knowe, thad just found this pic on googel.
11
Character makers online!
posted by AislingYJ
Updated 6/3/14
I'm bored, so I thought I'd share with toi a few websites online that toi can design your characters! There are tons of websites out there, these are just a few.
link
This website is par far the best superhero generator I've found. Basically toi use it to make your character in costume. They have endless options of costume parts for both male and female characters, and they even allow toi to déplacer parts around, resize them, and color them. toi can save the character to the game, and then load it later, but if toi want to save an image to the computer, toi have to take a screenshot....
continue reading...

1
Eclipse in one pic :)
added by robins-gfriend
Source: Eclipse-Omega symbol
Divided We Fall Chapter Three
posted by The_Writer
A Death in his Family

Terror at his worst
added by Robin_Love
even at his worst he's scary,
video
young justice oc
terror