3
Bobby Singer - my thoughts (7x10 spoilers)
posted by HorrorFan101
Okay, so I figured now that we’ve had just over a week to admit what has happened to Bobby for over the hiatus, I can write a piece about how I feel about the writers taking such a daring move.
Daring? Most definitely. Unwanted and unnecessary? Yes, I think so. Interesting for the characters and giving the montrer plus edge? Absolutely. Killing off Bobby Singer was without doubt one of the most ballsy things the montrer writers have ever done, and they did it in real beauty (I am not ashamed to admit that I was in tears for half the actual episode and then couldn’t stop crying for half an heure after it finished). When we were left with such a serious, cliff-hanger dilemma at the end of 7x09, I knew there was trouble coming for the suivant episode. And then the titre got released: Death’s Door. And this scared the hell out of me.
Surely, they weren’t going to...I mean, we’re talking Bobby here. He has been there for the boys in the montrer since late Season 1, and as far as the back-story goes, since the boys were pretty much born. Bobby was there for the boys when no one else was, and as far as Sam and Dean can remember. He has helped them out of every tight spot, donné them advice, fought with them, forgiven them for, let’s face it, pretty bad things (Sam, I’m looking at you) – and all the while he has been their rock in a stormy sea. He has been like an anchor to the boys to hold them down to reality and to keep them human, and when they couldn’t count on anyone Bobby always seemed to be there.
So when they killed Bobby off, I was shocked – and, obviously, very upset. Both Jim castor and Bobby Singer are a fantastic, funny and smart to have around, and I was very surprised that the writers went there. But I can’t say that I hate them for doing it. And this is nothing to do with Bobby ou Jim – I luuurrrvvee them both – but it will be very interesting to see the consequences of this episode. Dean and Sam’s reaction, I feel, may even be worse than their reactions to John’s death; which, for Dean especially, were horrific. I think this will test the boys to the absolute maximum, which brings up another point. Only eight episodes ago, at the end of “It’s a Cruel World”, Dean leaves Bobby a message on his phone, saying that if he is dead, he will take Sam, get in the car, and drive off a cliff. This has worried fans – and myself – about how far Dean will go whilst he is grieving so badly at the loss of his seconde father.
Another consequence is where the Leviathan story goes from here – and fans have been driving themselves mad the last few weeks about Bobby’s numbers. I have read many theories about coordinates, anagrams, dates...and the truth is, knowing the Supernatural writers too well, I’m not even taking a guess, because the truth will be totally different. So there is the whole mystery there to think about.
I read an article from a fan about this same topic and they a dit something that I think is very true – good télévision is not meant to make toi happy. Good télévision is supposed to make toi feel – no matter how good, ou horribly bad – some strong emotion. It makes us laugh at a line that we know it staged and rehearsed to be funny. It makes us cry for characters that aren’t even real. That is good television. And now we’re into Season 7, if the writers and/or Jim think that this is the right thing to do for the boys and for the fans, then I remain faithful in them.
So Bobby’s death will be hard to deal with, there’s no doubt about that. I’m still trying to get the strength to watch the episode a seconde time, but right now, it’ll upset me too much.
So adios, Jim. Jared over on Twitter was right – you’re a hero.


“As fate would have it, I adopted two boys. And they grew up great. They grew up heroes. So toi can go to hell!”
Flickerflame, lollipopdisease and 1 other like this
gemzybabyox wow read the whole article, really well written i love bobby too i cant believe he may be gone... poor sam and dean and oh yeah i forgot about that episode where dean said that he would get sam and drive off a cliff thanks for reminding me, OMG if they did do that, that for sure would be the last ever episode but i doubt he will i think sam is alot stronger and would help dean through it :( but it is still going to be some really sad episodes up ahead! It would be weird if there was more grieving for bobby than john but truth be told bobby was around more as john was off hunting. I will keep on watching Supernatural until the end, i love it too much to stop watching it because they killed off a gooden! lol im looking forward to start reading the books too.. random change of convo there lol.. anyway back to bobby... i think that there is still hope for him but it doesn't look too good. I was just unhappy that they killed him off so soon after Castiel... :O they could've waited til like the end of season 7 they needed him to figure out this whole how to get rid of the leviathan... mm who knows i look forward to seeing the next episode tho, cant wait! I think if bobby is gone then dean wont stop at anything to kill dick!! 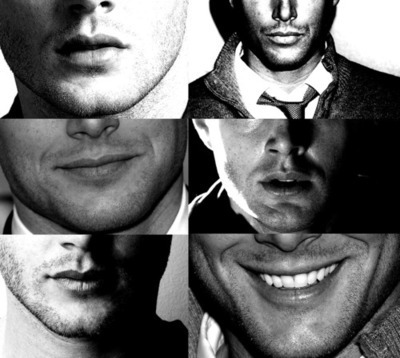 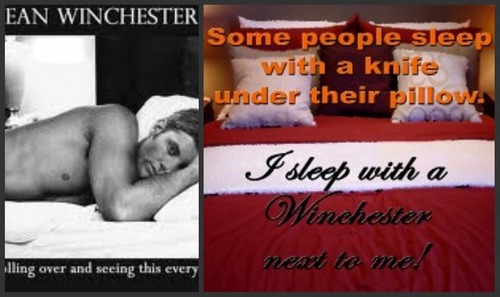 2
i sleep with Dean suivant 2 me
added by karlyluvsam
Source: picknic ... cafe press 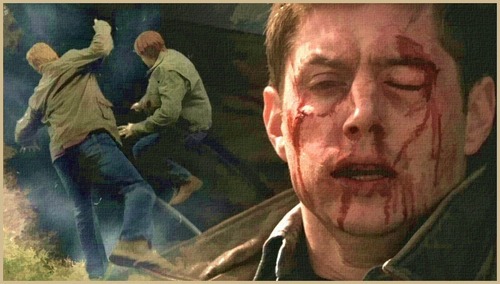 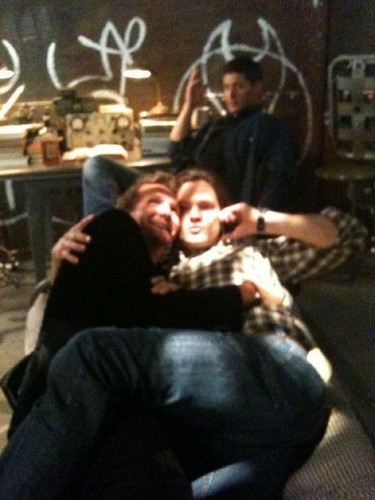 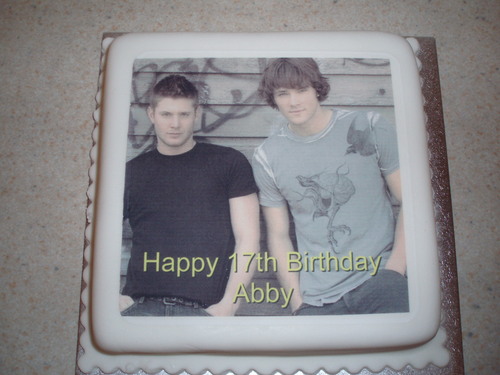 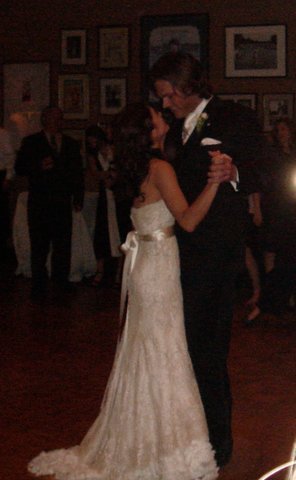 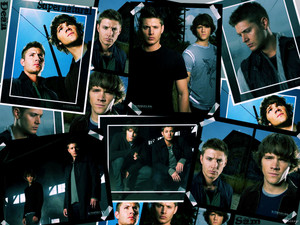 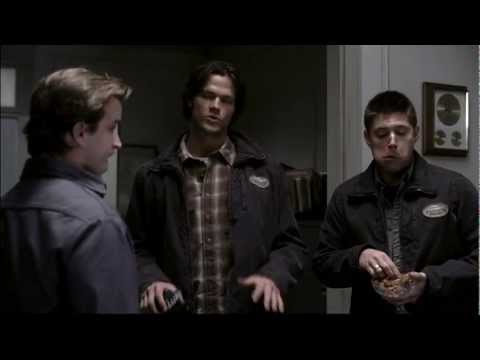 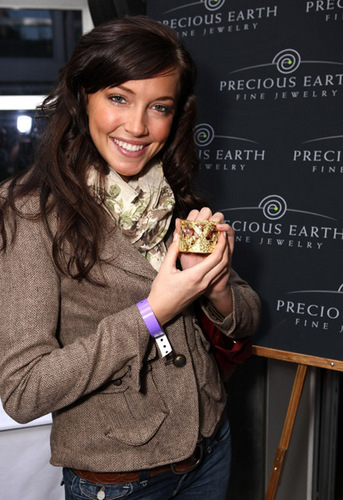 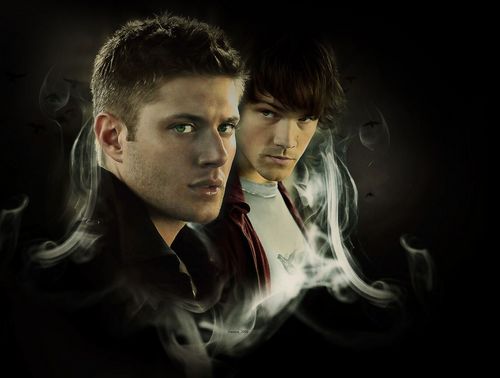 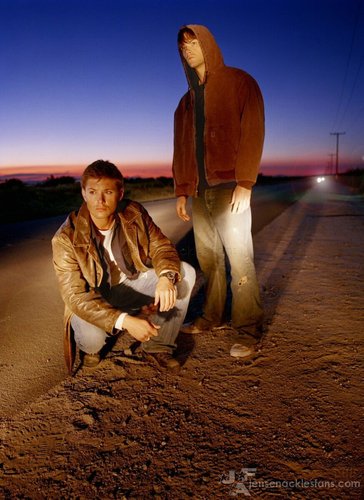 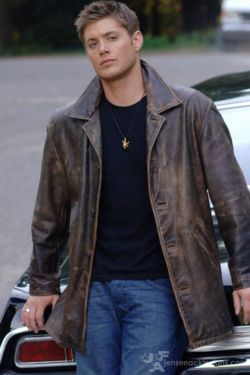 30
Lean on the car pose
added by kirstyyx 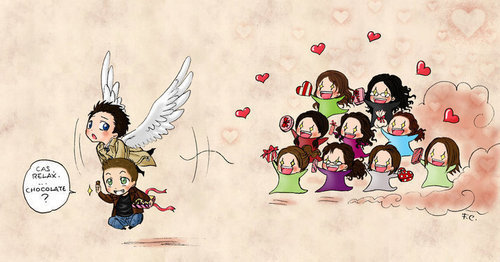 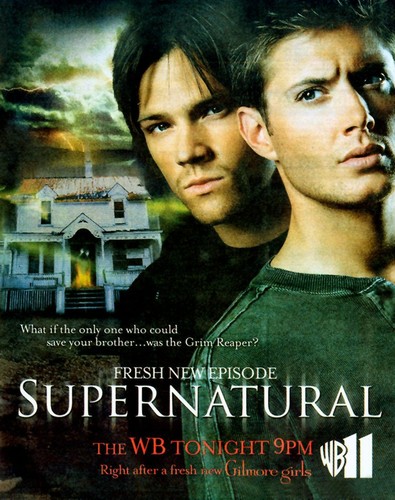 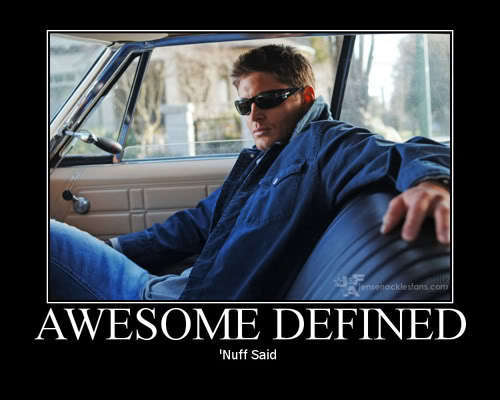 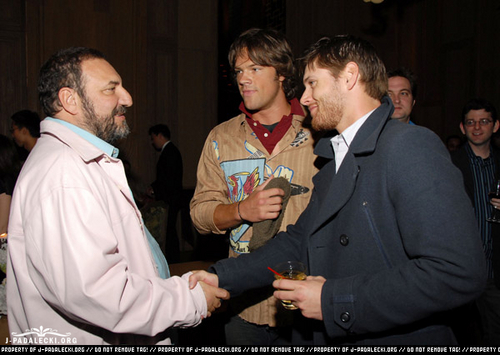