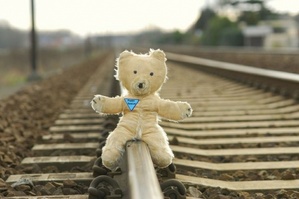 “Nobody can go back and start a new beginning, but anyone can start today and make a new ending.” Never a truer word has been said. But before toi can begin this transformation toi have to stop doing the things that have been holding toi back. Here's a guide to how toi can do this.


1.Stop spending time with the wrong people. Life is too short to spend time with people who suck the happiness out of you. If someone wants toi in their life, they’ll make room for you. toi shouldn’t have to fight for a spot. Never, ever insist yourself to someone who continuously overlooks your worth. And remember, it’s not the people that stand par your side when you’re at your best, but the ones who stand beside toi when you’re at your worst that are your true friends.


2.Stop running from your problems. Face them head on. No, it won’t be easy. There is no person in the world capable of flawlessly handling every coup de poing thrown at them. We aren’t supposed to be able to instantly solve problems. That’s not how we’re made. In fact, we’re made to get upset, sad, hurt, stumble and fall. Because that’s the whole purpose of living – to face problems, learn, adapt, and solve them over the course of time. This is what ultimately molds us into the person we become.


3.Stop lying to yourself. toi can lie to anyone else in the world, but toi can’t lie to yourself. Our lives improve only when we take chances, and the first and most difficult chance we can take is to be honest with ourselves.


4.Stop putting your own needs on the back burner. The most painful thing is losing yourself in the process of loving someone too much, and forgetting that toi are special too. Yes, help others; but help yourself too. If there was ever a moment to follow your passion and do something that matters to you, that moment is now.


6.Stop trying to hold onto the past. toi can’t start the suivant chapter of your life if toi keep re-reading your last one.


7.Stop being scared to make a mistake. Doing something and getting it wrong is at least ten times plus productive than doing nothing. Every success has a trail of failures behind it, and every failure is leading towards success. toi end up regretting the things toi did NOT do far plus than the things toi did.


8.Stop berating yourself for old mistakes. We may l’amour the wrong person and cry about the wrong things, but no matter how things go wrong, one thing is for sure, mistakes help us find the person and things that are right for us. We all make mistakes, have struggles, and even regret things in our past. But toi are not your mistakes, toi are not your struggles, and toi are here NOW with the power to shape your jour and your future. Every single thing that has ever happened in your life is preparing toi for a moment that is yet to come.


9.Stop trying to buy happiness. Many of the things we desire are expensive. But the truth is, the things that really satisfy us are totally free – love, laughter and working on our passions.


10.Stop exclusively looking to others for happiness. If you’re not happy with who toi are on the inside, toi won’t be happy in a long-term relationship with anyone else either. toi have to create stability in your own life first before toi can share it with someone else.

11.Stop being idle. Don’t think too much ou you’ll create a problem that wasn’t even there in the first place. Evaluate situations and take decisive action. toi cannot change what toi refuse to confront. Making progress involves risk. Period! toi can’t make it to seconde base with your foot on first.


12.Stop thinking you're not ready. Nobody ever feels 100% ready when an opportunity arises. Because most great opportunities in life force us to grow beyond our comfort zones, which means we won’t feel totally comfortable at first.

13.Stop getting involved in relationships for the wrong reasons. Relationships must be chosen wisely. It’s better to be alone than to be in bad company. There’s no need to rush. If something is meant to be, it will happen – in the right time, with the right person, and for the best reason. Fall in l’amour when you’re ready, not when you’re lonely.


14.Stop rejecting new relationships just because old ones didn’t work. In life you’ll realize that there is a purpose for everyone toi meet. Some will test you, some will use toi and some will teach you. But most importantly, some will bring out the best in you.

15.Stop trying to compete against everyone else. Don’t worry about what others are doing better than you. Concentrate on beating your own records every day. Success is a battle between toi and YOURSELF only.

16.Stop being jealous of others. Jealousy is the art of counting someone else’s blessings instead of your own. Ask yourself this: “What’s something I have that everyone wants?”


17.Stop complaining and feeling sorry for yourself. Life’s curveballs are thrown for a reason – to shift your path in a direction that is meant for you. toi may not see ou understand everything the moment it happens, and it may be tough. But reflect back on those negative curveballs thrown at toi in the past. You’ll often see that eventually they led toi to a better place, person, state of mind, ou situation. So smile! Let everyone know that today toi are a lot stronger than toi were yesterday, and toi will be.


18.Stop holding grudges. Don’t live your life with hate in your heart. toi will end up hurting yourself plus than the people toi hate. Forgiveness is not saying, “What toi did to me is okay.” It is saying, “I’m not going to let what toi did to me ruin my happiness forever.” Forgiveness is the answer… let go, find peace, liberate yourself! And remember, forgiveness is not just for other people, it’s for toi too. If toi must, forgive yourself, déplacer on and try to do better suivant time.


19.Stop letting others bring toi down to their level. Refuse to lower your standards to accommodate those who refuse to raise theirs.

20.Stop wasting time explaining yourself to others. Your Friends don’t need it and your enemies won’t believe it anyway. Just do what toi know in your cœur, coeur is right.


21.Stop doing the same things over and over without taking a break. The time to take a deep breath is when toi don’t have time for it. If toi keep doing what you’re doing, you’ll keep getting what you’re getting. Sometimes toi need to distance yourself to see things clearly.

22.Stop overlooking the beauty of small moments. Enjoy the little things, because one jour toi may look back and discover they were the big things. The best portion of your life will be the small, nameless moments toi spend smiling with someone who matters to you.

24.Stop following the path of least resistance. Life is not easy, especially when toi plan on achieving something worthwhile. Don’t take the easy way out. Do something extraordinary.


25.Stop jouer la comédie like everything is fine if it isn’t. It’s okay to fall apart for a little while. toi don’t always have to pretend to be strong, and there is no need to constantly prove that everything is going well. toi shouldn’t be concerned with what other people are thinking either – cry if toi need to – it’s healthy to shed your tears. The sooner toi do, the sooner toi will be able to smile again.

27.Stop trying to be everything to everyone. Doing so is impossible, and trying will only burn toi out. But making one person smile CAN change the world. Maybe not the whole world, but their world. So narrow your focus.

28.Stop worrying so much. Worry will not strip tomorrow of its burdens, it will strip today of its joy. One way to check if something is worth mulling over is to ask yourself this question: “Will this matter in one year’s time? Three years? Five years?” If not, then it’s not worth worrying about.

29.Stop focusing on what toi don’t want to happen. Focus on what toi do want to happen. Positive thinking is at the forefront of every great success story. If toi awake every morning with the thought that something wonderful will happen in your life today, and toi pay close attention, you’ll often find that you’re right.

30.Stop being ungrateful. No matter how good ou bad toi have it, wake up each jour thankful for your life. Someone somewhere else is desperately fighting for theirs. Instead of thinking about what you’re missing, try thinking about what toi have that everyone else is missing.
TheLefteris24, Peaceful_Critic and 2 others like this
AquaMarine6663 I know some people that could really do with 13 and 14 on this list... >.> And I'm an envious bastard. But my jealousy stems mostly from Mephisto fangirls that can draw better than me... But I can deal with it, because I at least notice most of their drawings make him look too glorified or out of character. -u-
2
Ten facts that might ruin your childhood..
posted by Canada24
#1: LED ZEPPLIN STEAL SONGS:
I actually UNDERSTAND the hate on Led Zepplin.
They recreate songs, apparently NON of those songs are orginally written par them.
And they don't pay for the RIGHTS either..


#2: SANTA CLAUS:
The name Santa Claus is synonymous with Christmas time, the Christian celebration of the birth of Jésus Christ. Actually, many elements of the Santa Claus story hold very little Christian relevance. The fat, happy Santa of our childhood memories is actually based on the fearsome Norse god of war – Odin.. 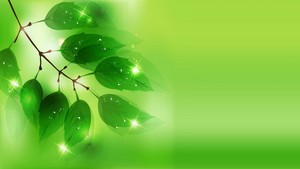 ~~~~~~~~~~~~~~~
What’s not to like about walking? It’s free. It’s easy to do, and it’s easy on the joints. And there’s no question that walking is good for you. Walking is an aerobic exercise; a université of Tennessee study found that women who walked had less body fat than those who didn’t walk. It also lowers the risk of blood clots, since the veau acts as a venous pump, contracting and pumping blood from the feet and legs back to the heart, reducing the load on the heart. Walking is good for toi in other ways as well. 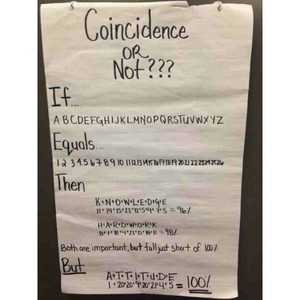 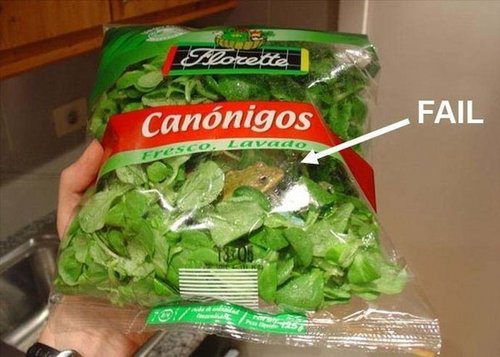 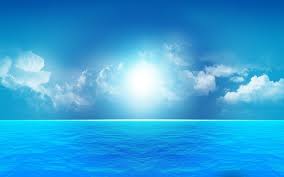 Sea
added by new2
1
My Review Of Sailor Moon(Edit)
posted by PeacefulCritic
efore I get started I'll like to get a few things out of the way. First of all, I'm going to make a lot of rants about this animé since it's one of my least favori animes. Second, I am only reviewing the classic animé nothing will be judged from the manga ,crystal,SuperS, etc.(meaning only up to episode 127) This review is pretty much me having a blast ripping this thing apart one par one until an angered fan decides to give me a piece of their mind. In other words if toi hate this montrer too, this will be an enjoyable review/rant for you. If don't you'll probably hate me. With all of that out...
continue reading... 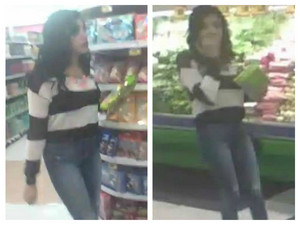 2
My best friend at nourriture City
added by Bratz4life

1
My best friend at nourriture City
added by Bratz4life 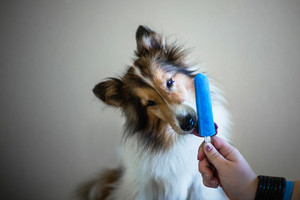 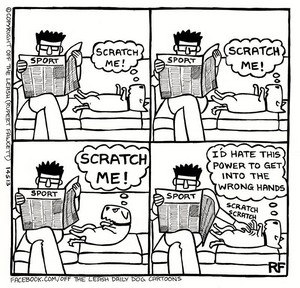 1
Off The Leash Comic
added by tanyya

2
Cat and Dog
added by tanyya 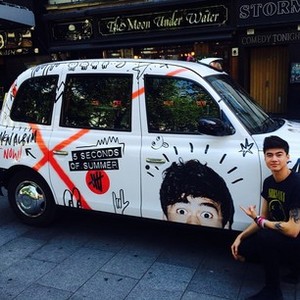 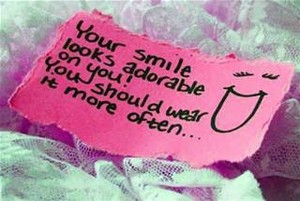