1
What Makes Him Beautiful -Part 16-
posted by ZoeyMalik28 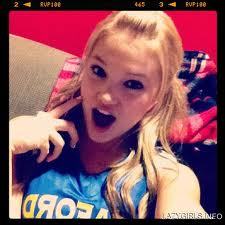 Hanna's picture
(A/N Sorry,I posté No Way To Go -Part 1- Please,check it out. Thanks! And I hope toi enjoy this one,loves)

I fluttered my eyes a bit as I woke up. I moved around in the hospital bed,shifting into an even plus uncomfortable position. Damn it. I moved again. Okay,there. I layed my head on my oreiller and sighed as I watched the tellie.

"Hanna,you okay?" Harry asked from the chair a few inches away from my bed

Well,you're probably wondering why I'm in the hospital. Who knows why..but a fan broke into the flat...it was just crazy. And the fan stabbed me. Okay,I think that was a bit far. People could hate me,but whether they liked it ou not,Harry and I were together. I find no reason why someone should come into the flat and stab me, for being Harry's girlfriend.

Liam,Zayn,and Louis walked in,waving at me,and sending a slight smile in my way. I cracked a smile.

"How the hell didn't we cry,when toi were just laying there. Blood dripping from you. The couteau still in your stomach. You're eyes not having that shine!!!" Liam exclaimed

Zayn took a deep breath,"It was..just something I'd never seen. And it was you..how can I not cry?! toi were bleeding on your bed. All blood. No happiness in your eyes"

Louis nodded,"Hazza was crying his eyes out. He kept on saying crazy things. He was doing his weird pouting and stuff."

I dryly laughed,"So when do I get to leave?"

Nialler came back with a small Doritos bag and a iced tea,"HANNA!!" He dropped the Doritos and iced thé on the ground,running towards the hospital bed

Niall dived into a chair on the other side of my bed,"I have soo much to tell you. Like how the crime scene was. And how the police were asking us a bunch-"

"Well,it's not like carrots were going to go the flat and investigate the damn scene" Louis growled,but flashed a smile at me

"Louis,don't talk to her like that!" Eleanor whined,entering into the room,and,putting a teddy ours at the end of my hospital bed

Eleanor sat between Louis and Zayn.

"Thanks for coming,El" I smiled

"THAT'S MY SISTER,DAMN IT!" Cher barked into her phone,smiling as she entered the room.

"The maid. She a dit there was too much blood to clean up" Cher shrugged

"NO,SHE'S NOT GOING TO WIPE MY BLOOD AND WASH THOSE BLANKETS. No,Cher" I screamed

Cher stared at me,"The blankets were taken from the bed. And the blood was left on the floor though."

"How much..blood did I lose?" I gulped

Harry glanced at the boys,"Do..we tell her?"

Niall,Zayn,and Louis nodded. Eleanor stared at Harry,not knowing what he was talking about either.

"You Lost alot of blood. And one of us had to donate blood to you. We all don't have your blood type. The only one who had your blood type was Liam" Harry explained,fiddling with my hand

I tightened my hold on his hand,"Liam,you donated blood to me? Why would toi do that?! toi could've just let me die. I wouldn't have let toi do that!"

Liam fixed his glance at me,"Hanna,I would rather die then let toi die. There's no way I wouldn't donate blood to you. I l’amour toi with all my cœur, coeur and I would never let anything get in the way of letting toi live your life."

"T-thanks,Liam" I wiped a tear away

I sighed,picked up my phone. I had to tweet something. I'm pretty sure everything that happened yesterday was on E! News and channels like that. I started typing on my IPhone.

Just got back from the hospital. Thanks for supporting me thru it. :) The boys are such gentlemen #TheBoys


I put a picture along with it. I turned on the tellie. Well,it was on the news. Great,right? My phone binged. Someone commenté on my tweet ou someone sent me a tweet.

I laughed,I was pretty sure this girl was mad about being with Harry. Well,apparently she was. I wasn't going to let the hate get to me today. No,not right now.

I laughed again,"Harry,I know that I don't take hate quite well. But this girl just makes it obvious that she's mad about me being with you"

Harry raised his eyebrows,"Okay,Hanna. You're weird"

"That's what toi l’amour about me" I said,crawling over to Harry on my bed,and grabbed him. I kissed his lips lightly. Harry wrapped his arms around my waist.

Louis snapped a picture,"It's going on Twitter...so people could realize how happy toi both look"

"Eleanor changed you,boo bear. It hurts me" Harry put his hand to his chest

Harry's phone binged at the same time as mine. We both whipped out our phones and smiled

@Hanna1DLloyd and @HarryStyles. ;) See how happy they are. If you're not happy with them being together,you're just going to have to deal with it. We l’amour our fans,but stabbing @Hanna1DLloyd isn't nice.

Aw,Louis. Being 'mature'. Eleanor made him behave like his immature/mature self. Haha,oh well. My phone binged again. Hanna layed back down on the lit as Louis left.

@HarryStyles People are making a thing about how @Hanna1DLloyd deserved the stab. They put '#DeservedTheStab' in their tweets. Such a shame

I stared at the screen,then typed back.

@DJTommo&Malik Lol. Wow. It's just funny how people actually think it's going to bring down Hanna. She's a confident girl and recovered in a snap. :)

Hanna screamed,"HARRY! LOOK AT THE TELEVISION!"

I turned around,watching the television. It was about the fan-stab-Hanna-thing.

'Hanna Lloyd,Harry Styles' girlfriend,was stabbed par a crazed fan yesterday in the morning. The girl recently tweeted that she just got back from the hospital. Louis Tomlinson,one of Harry Styles' bandmates,post a picture of the couple kissing. Adorable.The fan was recently caught and she a dit "I stabbed her because she deserved it! No one goes out with Harry! NO ONE" Well,let's just hope the couple are happy. And that the band is fine.'

Hanna jumped up and down on her bed,"Harry,the fan is crazy" She laughed

I smiled,"Wow,Hanna" I stepped in front of her lit and spread out my arms.

She jumped into my arms. I spun her around,holding her close. Just knowing that she was in my arms again made me happy.

The only reason I donated blood was to save Hanna and was so Harry wasn't depressed. There was no other reason. Not to impress Hanna. Not to make her like me. But because she was Hanna. And I sort of still loved her. Well,I loved her entirely.

"Liam,that's a really nice thing toi did. It sure made Harry happy" Eleanor said,laying her head on Lou's lap.

Louis nodded,"Sure. El stay here. Liam,want anything?" He stood up

"No thanks" I nodded at Louis

Louis walked out of the flat,keys in hand.

Eleanor sat up,"Would toi go out with Hanna if she wasn't with Harry?"

"Liam,I know when someone likes another person. I know toi like Hanna. You've liked her for quite a while,but toi were too afraid of asking her. But toi know toi still want her" Eleanor stared straight through me

"Is it that visible?"

Eleanor giggled,"I was just guessing,but it's sort of is visible"

"Damn,you're good at guessing then"

So close to dying. I remembered some of the scene from when I was...injured. It came back to me once in a while. It was just a bit.

I stared at the ceiling. Harry was in the lit l’espace near the wall. I shifted in the lit then fell into a deep sleep. My eyes flashed open as I felt a stabbing pain in my stomach. I screamed a bit,my hand reaching towards my stomach. I felt a hand then I felt blood. From there,I fainted.

I blinked as I woke up from my nap. Harry was behind me,an arm around my waist. I was close to his chest.

"No,you can't have Hanna. She's mine" Harry muttered,wincing in his sleep

I cracked a smile. That's my Harry! Aww!

"STAY AWAY FROM HANNA!" Harry screamed loudly as he woke up.

Harry touched my face with his other hand,"I thought that toi were gone. And I'd never see toi again. And when I woke up,I thought this was also a dream. But you're here." He squeezed my hand tighter.

"I'm here,Harry. I'm here in front of you. I'm never leaving you" I held his hand tightly

Harry kissed my lips,"Thank you"

"For what?" I kissed him back

"For being the girl I love. And for being there for me" Harry kissed my lips again 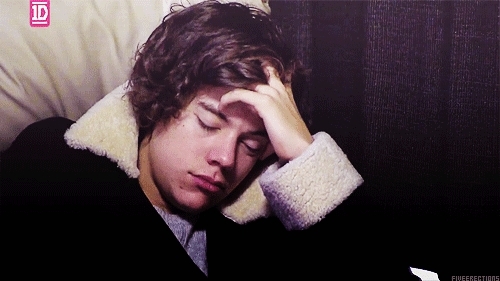 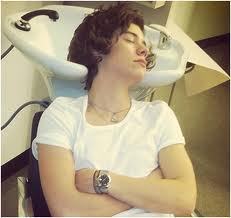 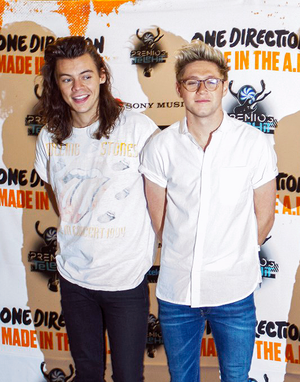 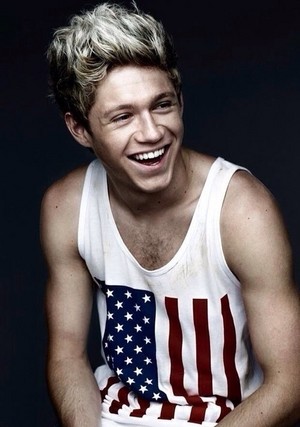 Drag Me Down
added by Blacklillium
Source: broders.

Drag Me Down
added by Blacklillium
Source: yslhoe

Drag Me Down
added by Blacklillium
Source: knightchanges

Drag Me Down
added by Blacklillium
Source: paynekillers

Drag Me Down
added by Blacklillium
Source: tommosloueh

Through the Dark
added by Blacklillium
Source: yesziam