"What are toi doing? Go back to your room and sleep!"
"No!"
"What's your problem Captain Grumpy?"
"I made the car wreck on purpose.." I stood up
"You did what?"
"I wrecked the car on purpose so mom and dad wouldn't break up!"
"Why would toi think that would change their mind?" I was pacing back and forth.

"I don't know....and I realized I might have made it worse.."
"Yeah toi did.." I could see he felt really bad about it so I sat down on the couch.
"I'm sorry!"
"Sorry for what?" he asked
"For yelling at you"
"You should not be apologizing, I am! I am so sorry for doing that."

I walked into the living-room and saw Zayn sitting on the canapé with his head bent down and his hands holding his head.

"What's up?"
"Courtney broke up with me...that's what's up."
'Dude I am so sorry what happened?" I sat down on the chair suivant to the couch.
"Honestly I don't know and she a dit it over text message! How cruel I can't believe I was with her for almost two years!"

"Hey Sofia!" ran up to her and hugged her.
"Hey.." I heard a deep voice behind her....Just my luck it was Troy!
"So Liam.... me, Troy, and a bunch of our Friends are going to the films then to eat. Wanna come? toi can bring someone?"
"No, no I don't want to disturb your night!"

"Dude...why did toi say it like a killer?" I looked at him and smiled he seemed really angry at me.
"Well I..." before I could say anything I ran off.

I was half way to my house when I tripped on someones bag. My phone fell out when I tripped and so I grabbed it and put it back into my pocket.
"Watch out!" I shouted and ran off again.

When I went into the living room sat down and started laughing.

"What?" Zayn, Liam, Niall, and Louis all a dit at ones.
"Well I big scary man tried to make him laugh, then he looked like he wanted to unscrew my head with his elbows, ran all the way home, and tripped on a hot girls bag!" I a dit smiling.

"Just so I am clear was it, Troy, Sofia's boyfriend?" Niall a dit putting down his phone.
"Yes!"
"K" they all a dit at ones and went back to their phones.

I got a text message.....wait this isn't my phone!
"Hey who ever this is toi dropped your phone when toi fell and picked up mine instead of yours!"
"Oh I am so sorry! Maybe we can meet up? At Nando's?"
"Yeah okay wait ever but I need my phone back now so I will meet toi there in ten okay?"
"Okay!"

I was at Nando's waiting for her when the same bagged I tripped over came in the door.

"Hi"
"Hello"
"My phone?" she reached out her hand.
"Uh I am not giving toi anything till toi give me mine!" reached out my hand.
"Okay I know who toi are don't play that stupid game with me! Give me my damn phone now! I am going to be late!"
"For what?"
"My husband and I are having a double rendez-vous amoureux, date with my friend now give me my phone" I put her phone in her hands and she through my phone on the table.

"Would toi like to order yet?" the waiter came to me.
"No thank you.." I walked out of there and sat on a table, tableau at the coffee boutique down the street.
"Hi sweety, are toi lost?" A little baby girl about four ou five came up to me.

"Carly Marie!" I women came running my way.
"Thank you" she a dit picking up the little girl.
"Hi I am Liam."
"Nicole" She looked to young to be a mom. She had a tan and skin that shined in direct light. Long, strait, blonde hair that flowed down her back like a waterfall.

"She yours?" I asked.
"uh.. no my little sister...Listen do toi want to go for coffee ou something?"
"Yeah..."
"Liam right/ From One Direction?"
"Yes I think I have seen toi before on my TV?"
"Well I am an actor?" she a dit as we got some coffee.
"That is so cool. I thought if I never made it in the chant career I wanted to do acting. What are toi doing so far from home?" I asked her
"Me and my family came for a trip and then my found out she was pregnant and we couldn't get on a plane with her knocked up so we are stuck here until she gets big enough to fly!"

"Oh well toi might be here for sometime now won't you?"
"Yeah I go to school here but I don't have any real Friends so maybe we can hang out?"
"Okay!" I liked that girl, but I don't want to rush into anything so I will take this one slow.

"Dad.... Charlie has something to tell you."
"What are toi doing?" He whispered but I didn't answer I just grabbed some french pain grillé and lait then walked in my room.

That chienne oh I will get her back!

"Yes son?"
"I think mom should come in here to..."
"She is at work.."
"Well I will tell toi then! Oh and Sammie has a boyfriend!" I scream at the haut, retour au début of my lungs then laughed. I walked into my room laid down and fell asleep.

"Sammie! Get in here!"
"Coming dad!" I ran into the living room and sat on the couch.
"What's up?"
"I expect him to be here par eight."
"What? Who?"
"I want to meet him so invite him over for dîner tomorrow!"
"Okay? I am still confused! Who are we talking about here?"
"Your boyfriend! I thought we told each other everything?"

"I don't have a boyfriend!"
"That's not what your brother said!"
"Who listens to him?"
"I want to meet him!"
He walked into his room.

I don't have a boyfriend! What the fuck?
Does he mean.........Louis?
1Directionluv1D, PrincessMae29 and 1 other like this
1d_is_cool Cool :)
2
One life:chapter 34:Changes.
posted by GabriellaAdams
One week after Anna's dad had a cœur, coeur attack.
Annas POV:
I helped Zayn get all the 'get well' cards and balloons out the car and brought them in side.
"I'm happy your accueil dad."I told him.
He was up on his feet again but barely.
"I'm happy to be home,Sweetie."he smiled.
"Daddy,You need to take your medicine through."smiled Courtney smiled.
That was the 1st time she's called him dad...
"What ever happened to 'Get Lost toi idiot.'"he asked in a playful way.
She blushed.
"Oh it's okay I l’amour toi to pumpkin."he laughed.
I hugged him.
"My daddy."I smiled.
Zayn grabbed me and hugged me.
"My Anna."he smiled then...
continue reading...
2
One life:chapter 32:Stupid l’amour
posted by GabriellaAdams
Anna's POV:
I hurried down stairs.I was freaking out.
Courtney and Amber were Eating at the dîner table.
"I made some food,Anna."Courtney smiled.
"um..Okay."I sat with them.
"Why is your hair wet?"asked Courtney.
"Umm...I just put moose in it."I lied.
"Isn't that like that stuff where toi can scrunch your hair."Amber asked.
"That's a weird hair style.I quit doing that."Courtney said.
"Yea but I wanna look nice for Zayn."
"Is that so?"Zayn walked in.
"Yep."I smiled awkwardly.
"Um I thought we should take a walk and get away."
"Give me a minute."I told him.
I was going to go talk to Matthew.Courtney grabbed...
continue reading... 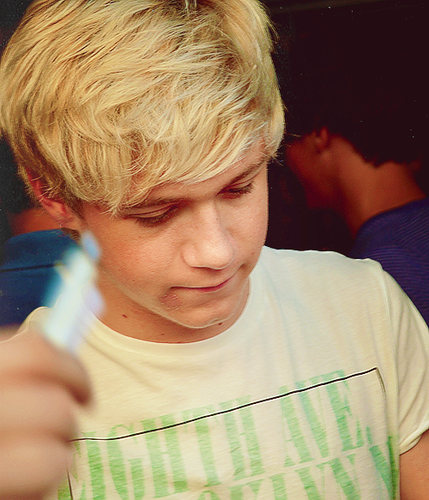 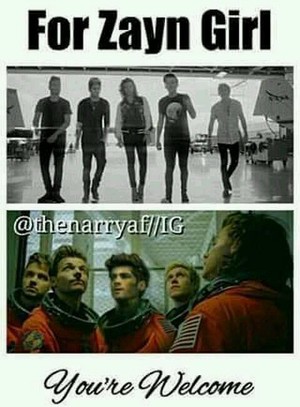 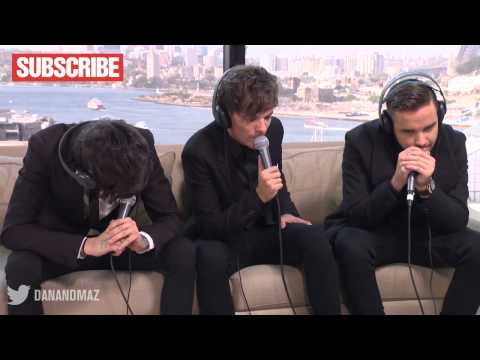 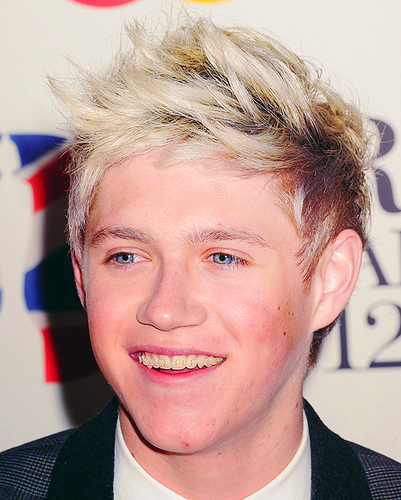 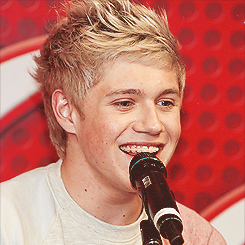 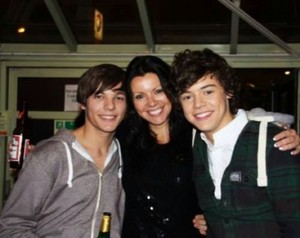 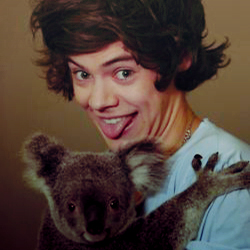 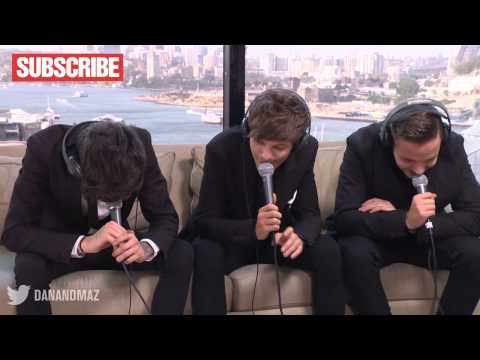 One Direction Stuck with 5SOS
added by verox87
video
one
direction 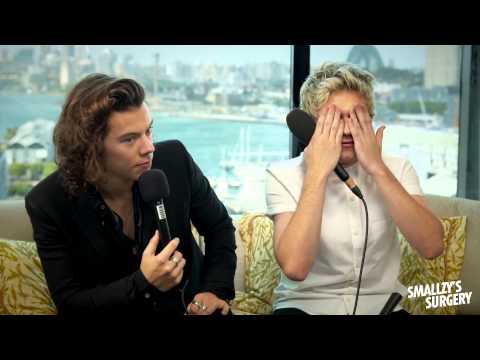