Rumpelstiltskin was coming towards him, grinning like the evil crocodile that he was. There was nowhere to run. Nowhere to hide. Smee was trapped and scared, having been running through the woods for hours; Rumpelstiltskin hot on his tracks. Now the chubby sailor found himself backed into corner with nowhere else to go.

Rumpelstiltskin giggled his stupid little giggle. He found Smee's panic to be very amusing. He stretched out his clawed fingers and went for the frightened man's throat.

"No! Please!" Smee covered his throat defensively and sank down to the ground, waiting for the inevitable attack. "Rumpelstiltskin, stop this! Stay away!"

Rumpelstiltskin ingored his protests and came at him like a feral creature. He pounced and dug his claws into Smee's face, causing him to cry out in pain. Then Rumpelstiltskin pinned him to ground and proceeded to bite off pieces of his face.

Smee screamed in pain and fear as blood dripped from his lacerations. He pleaded for it to stop but it didn't.

Rumpelstiltskin continued his bloody assault – slapping Smee across the face when he tried to protect the areas with his hands. But Smee was unable to keep his hands away, so Rumpelstiltskin solved that problem par grabbing Smee's arms and breaking them at the elbow.

Nothing could have prepared Smee for that torture. His head flew back and he screamed in true agony as the crack of his breaking Bones echoed through the forest.

Rumpelstiltskin leaned vers l'avant, vers l’avant and stared into the face of his victim. Smee's eyes were wide and glassy with tears. He was hyperventilating, paralyzed with terror and the shock of his broken arms.

"Prepare to die, toi filthy sewer rat," hissed Rumpelstiltskin, taking a hold of Smee's throat and starting to strangle him.

Smee woke up with a jolt and found himself back on the Jolly Roger. He was sitting in his own bunk, covered with sweat and breathing heavily. The whole thing had been just a nightmare.

Smee looked at him and nodded, still trembling and hyperventilating. "H-How did toi know?" he asked, humbly.

Hook strolled over to him, smirking as he ruffled Smee's damp hair. "You're sweating like a pig, toi are. Care to tell your captain what the trouble is in dreamland?"

"My dream was about Rumpelstiltskin," Smee a dit with sigh.

Hook frowned darkly at the mention of that person's name.

"I dreamt he was trying to kill me," Smee explained, briefly wiping his nose on his sleeve. "He tore open my face…and broke my arms. I know it was only a dream but…Oh God, it hurt plus than anything I've ever experienced in my life. And then, he tried to strangle me."

Hook chewed his lip, listening closely to every word. He put a comforting hand on Smee's shoulder. "Completely typical of a crocodile like bastard has been taunting me in my own nightmares as well."

"Really? I thought…well, I kinda thought I was only one aboard this ship who had nightmares," admitted Smee.

Hook smiled devilishly. "Funny toi should think that. We all have a crocodile of some sort in our lives. Somebody ou something that exists merely to torment our troubled spirits. Aye, we all have nightmares."

Smee was silent for a moment. He looked down at his hands, then back at Captain Hook. He smiled slightly.

"So how do we feel now? A bit better?" Hook asked, playfully.

Smee lowered his head and smiled timidly. He really was feeling better now, knowing that the horrible situation was only a nightmare. That major relief and the fact that Hook seemed to be so concerned about him.

Suddenly, Hook reached out and yanked Smee off the bed. Then he pulled him firmly aside and began poking his ribs.

Smee yelped and tried to get away, but Hook grinned evilly and held him tight.

"No! Captain, don't tickle me!" Smee squealed as Hook began digging into his ribs and sides. Soon his giggles began all out laughter.

And with that, he began to squeeze and tickle Smee's stomach.

Hook chuckled to himself as he continued to tickle Smee mercilessly. He used his hooked arm to hold Smee in place and used his good hand to scribble all over his belly.

Smee went nuts. He doubled over and tried to block Hook's playful fingers, laughing so hard that his face turned bright pink.

After awhile, Hook let up and gave Smee a chance to catch his breath.

"You'd looked like toi were really enjoying it, mate," Hook replied with a smirk.

Smee walked back to his bunk and sat down to rest. Hook noticed that his feet were bare.

"Tell me something, Mr. Smee…How do toi feel about being tickled on your feet?"

Smee's eyes widened. He knew exactly what his captain was getting at. He immediately became very defensive. "No, Captain! toi can't do that! I can't stand to be tickled on my feet!"

Hook strolled over to the panicking man, grabbed his ankles and began tickling his bare feet.

"Hehe, what kind of sailor are toi if toi can't take a little friendly tickling?" Hook teased as he scratched Smee's soles.

The feet tickles went on for about a minute so. Then Hook released his ankles despite not really wanting to.

"You're bloody hilarious," Hook chuckled as he ginned Smee a headlock and gave him a noogie.

Smee a dit nothing but continued to regain his composure. He was exhausted now but at least he wasn't thinking about his nightmare anymore.

"We'll have a few beers tonight, what do toi say?" Hook said.

Smee nodded. "Sure, Captain. And thanks."

Hook stared at him and raised an eyebrow, as if to say 'for what?'

"For a while there I wasn't worrying about my bad dream," Smee explained with a half smile. "I appreciate it." 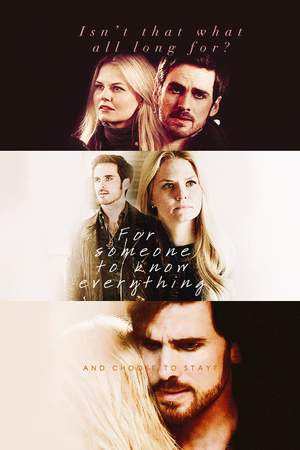 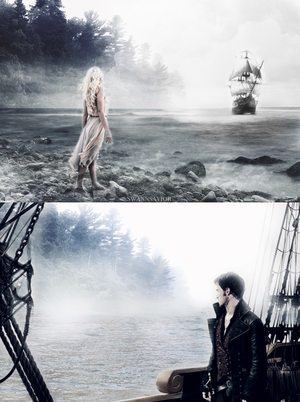 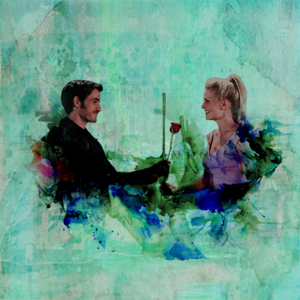 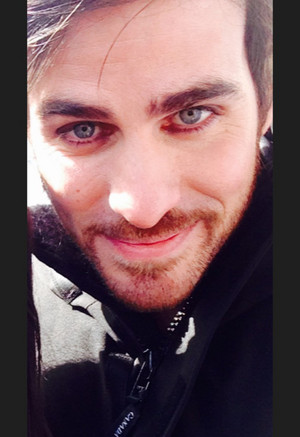 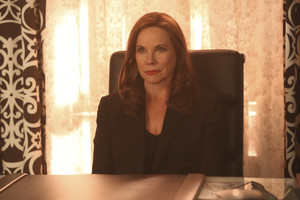 1
Once Upon a Time - Episode 5.12 - Souls of the Departed
added by Saejima
Source: abc 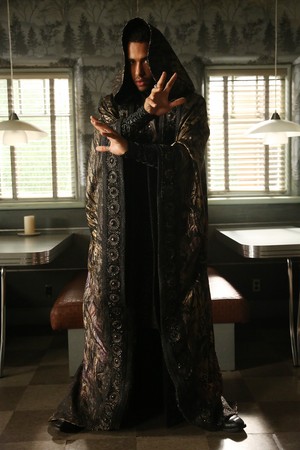 Once Upon A Time - Merlin
added by Saejima
Source: abc 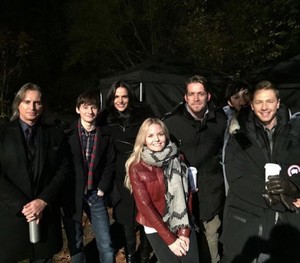 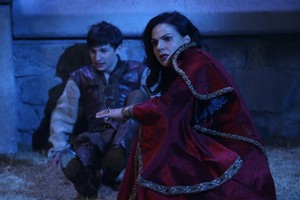 Once Upon a Time - Episode 5.05 - Dreamcatcher
added by Saejima
Source: abc

Belle in Camelot
added by LLheart

The Blue Fairy
added by LLheart 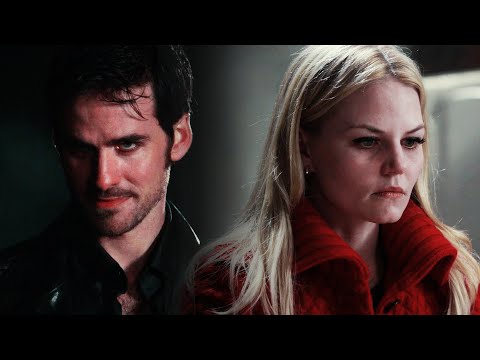 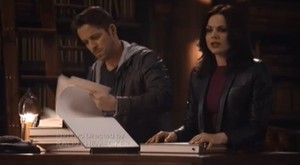 Regina and Robin
added by zanhar1

Queens of Darkness
added by LLheart 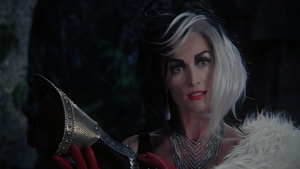 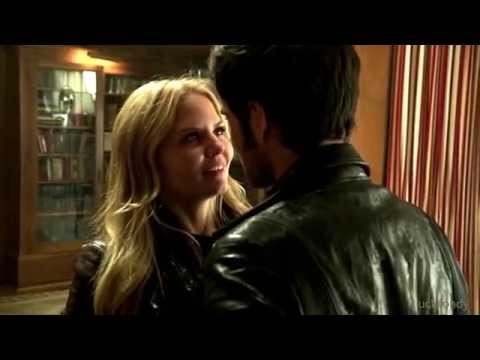 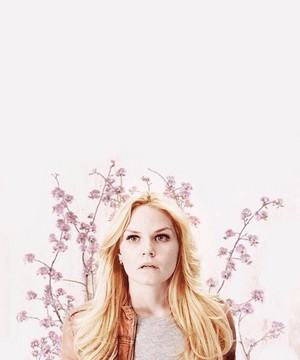