Celestia is my least favori character in the montrer and my opinion on her in this film is pretty similar. She is a questionable mentor to Twilight and she easily gets defeated par Tempest Shadow. Considering that Twilight is way plus heroic, helpful, and saves Equestria frequently why is Celestia still in charge?

My feelings about her are similar to her sister. Luna just doesn't interest me as a character. I keep forgetting she's on the show. Like her sister she's not very helpful and easily gets defeated par Tempest Shadow.

Queen Novo is nearly as bad as Celestia. She had a pearl that could of helped Twilight stop the Storm King, but she bans her from using it. In other words the world could be saved, but Novo won't take the "risk." Novo is a bad ruler.

I didn't really like her storyline, personality, and her jokes. At least she's plus tolerable than her mom, Novo.

For the record my opinions on Pinkie Pie in the film are different from what I think about her in the show. In the montrer she's a decent comedy relief and a good singer. However in this film Pinkie's attempts at comedy relief are overused, unfunny, and a little annoying. I was grateful when Twilight got mad at Pinkie even if it was kind of rude. At least they apologized.

Captain Celaeon is okay. I don't have that much of a opinion about her.

Poor Spike gets so little to do that I forgot he was in it. He has such a small role that there's not much to say about him. He's much better in the show.

Princess Cadence is barely in the film, but she's much plus likeable and tolerable than Celestia and Luna. Plus she's rose (my favori color).

cidre fort, applejack doesn't get that many scenes where she stands out. I liked her even though her role in the film isn't very memorable.

Fluttershy had so little to do that her role might as well of been a cameo. However I liked her role. It's just not super memorable.

I usually don't like arc en ciel Dash that much, but in this film she was actually pretty helpful. She helped convince the pirates to stop being antagonistic and her song was good.

Rarity doesn't get to do as much as much as she should, but as usual she's very well voiced par Tabitha St. Germain and is a good comedy relief.

I thought Grubber would be a unappealing comedy relief, but she was used well. He had a limited amount of screentime and jokes and the jokes he did get were funny.

Verko was a minor character, but he was memorable. He was a creepy and silly guy who wanted to buy the ponies. He's so weird that I enjoyed his small role.

Capper is a con artist cat. Despite that he is the male hero of the film. He was charming, had a good voice, and his song is pretty amazing. He was a welcome addition to the cast.

Tempest Shadow's storyline is predictable. However unlike pervious antagonists with a sympathetic backstory she was both menacing and sympathetic. Plus she was voiced par the Queen of acting: Emily Blunt. Also her song was pretty awesome.

Twilight Sparkle is my favori of the main ponies in the montrer and in this film. She was the most helpful and coolest of the main characters. She was also the most relatable and likeable character in the film.

The Storm King is the main villain and scene stealer of the film. He managed to be a threatening villain par getting the princess' magic, but she was also the most entertaining and funny character in the film. The film was much better when he was around. 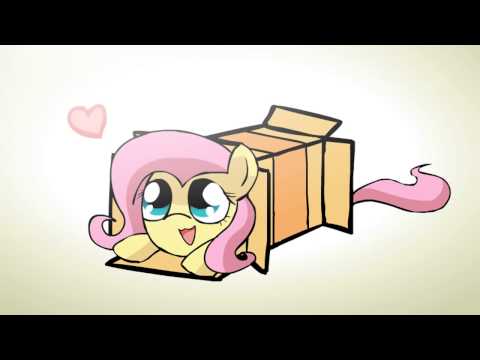 Ponies sliding into a box v1.0
added by CheetahGirl5147
video
2
What's Your Take - article 94 - Dreamy RainBomb
posted by windwakerguy43
Can I just have a break. Can I just have one little goddamn break.... Here it is. Another shitty MLP horror game, also known as Dreamy Rainbow.
In this game, toi play as arc en ciel Dash and is invited to meet Pinkie Pie at night. So, toi go and, guess what, it is a horror game. And then, guess. Just take a good long guess. It's an MLP horror game.What do all MLP horror games have in common. Well, anyway, the answer is IT HAS STUPID POP UP SCARES. My god, its as if they didn't listen. Pop up scares don't get scary after a while. That's why I think Dead l’espace is plus of an action game then a horror game. But to be fair, Luna Game started the jump scares in MLP games. And yes, toi die at the end. Yeah, waste lots of memory on your computer just so toi can play a boring game that only lasts for five minutes so toi can die all the time. God, I hate these games. But hey, that's only my opinion. What's Your Take 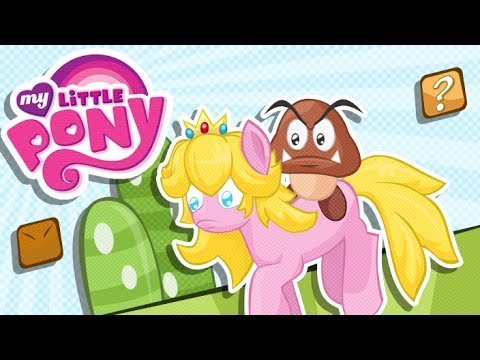 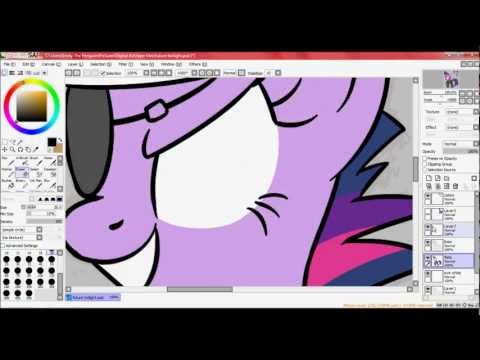 My Little poney Speedpaint: Future Twilight
added by Seanthehedgehog
It's about time. Hah, I made a reference to the episode that she was futured in xD
video
my
magic
friendship
my little poney
My Little Poney 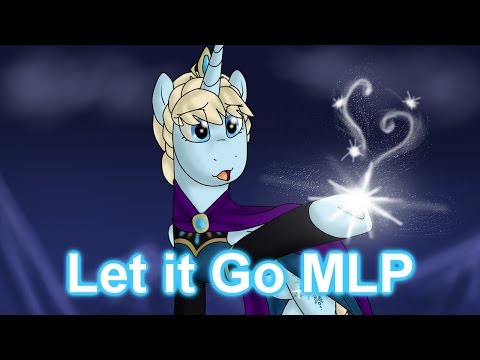 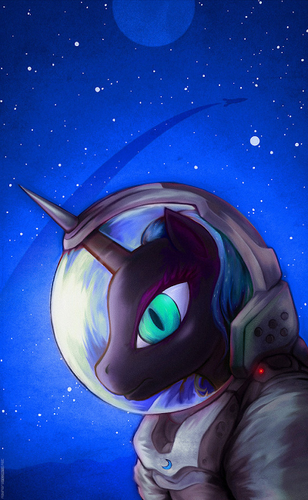 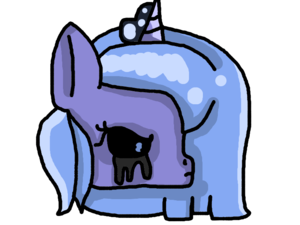 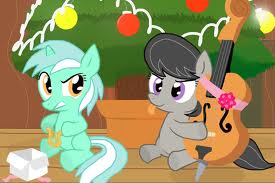 1
Twi of the future
added by Canada24 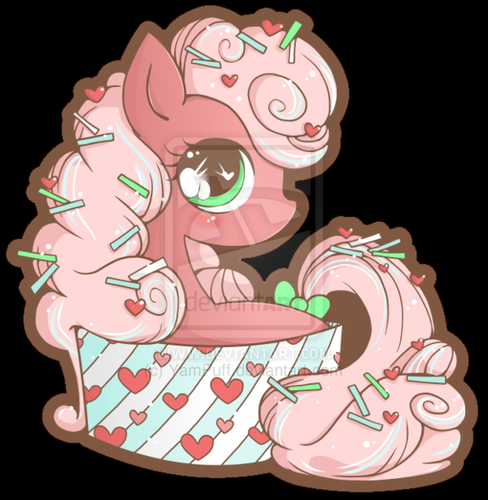 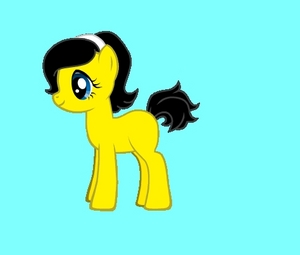 Martha
When James returned to his home, his family was waiting for him at the dîner table

Martha: James. How was your day?
James: About average. Nothing bad happened.
Martha: That's good. How are Larry, and Jack?
James: They're ok, but I'm a little worried.
Martha: Why? What's happening?
James: They're saying our boss isn't doing so good with getting the Union to leave us alone.
Martha: Which union is it?
James: It's the Amalgamated Association of Iron and Steel Workers. We just call them the AA.
Martha: Ok. dîner is almost ready.
James: Alright, I'm starving. Kids, come downstairs.
Toby: *Comes downstairs*...
continue reading...
5
My Little Pony: Freedom is Magic! Episode 3 part 1: War
posted by Thunderhorse007
The last we saw our heroes, they had formulated a plan to kill the tyrant King Cobra. No sooner had this plan been brought up, King cobra and his elite soldiers took up residence in Ponyville. Sending one of his men to deliver a vial of his seductive venom to Cloudsdale (to be spread across Equestria), he found haven in Twilight's house (who, par the way, is trapped in the human world). After intercepting the vial, Snowflake flew back to the hideout (Sugarcube Corner), to find her Friends captured par King Cobra. She fled, unnoticed, to the Everfree forest, where she now sat with Tropical Breezes...
continue reading...
2
Hedgehog In Ponyville: Episode 8
posted by Seanthehedgehog
Theme song for this fanfic: link

The Nazis Strike Back

Things are not going well for the poney Alliance. Despite defeating Dr. Robotnik who has teamed up with Discord, Twilight Sparkle has decided to abandon the mane 6, and help the Nazis take over Canterlot.

After their success, Twilight has made plans to get the griffons, and changelings to rejoindre their army. Once that is done, they will make their attempt to rule all of Equestria

Our hero, Sean The Hedgehog is with his girlfriend arc en ciel Dash. They were sleeping when this all happened. 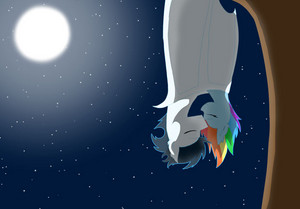 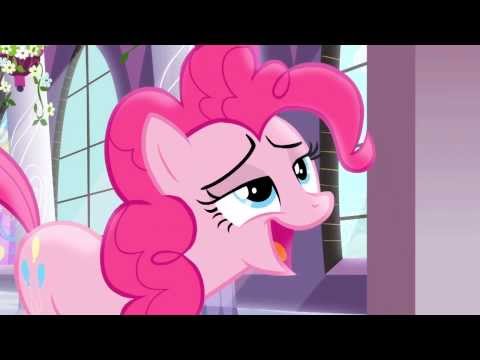 Most Of My Dreams Are About Frosting
added by Seanthehedgehog
Who doesn't l’amour frosting?
video
my
magic
friendship
arc en ciel dash
is
fluttershy
my little poney
My Little Poney 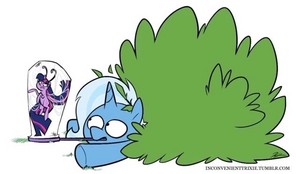 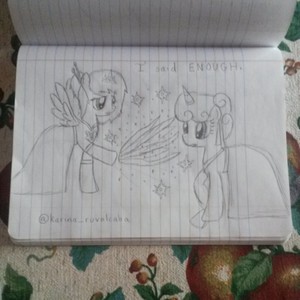 3
I a dit ENOUGH.
added by karinabrony 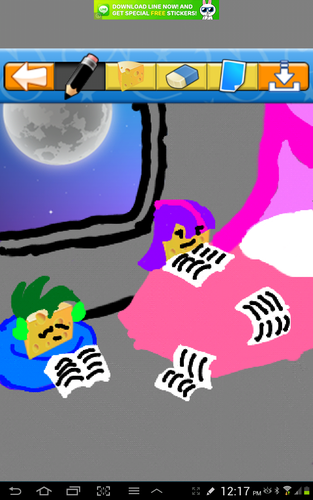 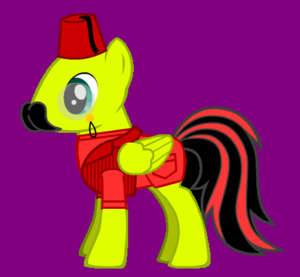