nippen at your nose
posted by thefool10
Chapter 10


Sebastion walked only five blocks it dawned on Falicia a littel to late to ask him if she wouldn't mind if he could take her back to the hospital, to remove the stiches. But he'd rather drive her sence it was two miles away. Walking on the open roads feel like taking a stroll on the back roads, lined par acres of trees and, moutains. It would take them a good two and a half hours to reach there on foot. But of course Falicia pleated and pleased for him to taker her. Sebastion finally gave in and said.

Falicia pressed her hand to his chest swallowing gulps of the winters air. As Sebastion pleeded for her to change her mind but there was no conection, it was obvious that that Falicia won and he did not.Sebastion rolled his eyes.

" I was acutely aware that toi wanted me to drive toi but walking is fine."

"Your still walking me right?"
Sebastion scratched his cheak, but she thought she saw his mouth twiched.

"Yes... but I can't walk toi back I have a doctors appointment... toi think toi can handel it on your own?"

"Thanks for the vote of confidence!" Falicia seething at him whiel she whirl away, but Sebastion caught her fall. On haut, retour au début of Falicia's accueil Beth tummbled as Jack falling behind her making a racet making Falicia and Sebastion stare at that deraction.Beth pushed Jack off her legs then struggeled to stand.She turns to face him with "what the hell" expresstion. Jack gave it back.

"Dude go this is my shift yours is tonight be gone from me."
Jack hooked her arm and brought her close.
"Probably not a good idea suger cube ever sence that demond damaged me I am plus alert for your safty."

Beth started to pull away but he kept her still.

"What's that supposed to mean? toi don't think I can handel myself, do you? I know I am not a strong guardian like toi I am still at traning Iam trying Jack." Beth hesitated.
Jack's chest jumped with surprizment.

"I neaver a dit toi were weak I want toi safe."

"I am sûr, sans danger if toi can trust me?"
Jack unhitched her arm his breathing slowed down were it belonged.
"I do trust toi I have and always will trust you." He shimmered.
"Good then go off be gone I'll see toi later go cry somewhere eles but not here!" She laughed as Beth ran at him shoving him off the roof.

"Jesus easy your going to kill my ass!"
"Then déplacer your slower then death!"
Jack stopped the movment he pointed at her nose.

"So not friken true that's you!"
Beth slightly bit his finger.
"Wow! What the hell!" He screamed shaking his finger in the breeze.
"That's what toi get for being a amoushuse!" Beth smirked she pushed him once plus making him float in the air.

"Hey smart one they left without you!" Jack laughed as he point at the sight were Falicia and Sebastion left the home.

"You were pushing me off the friken roof my back was turn FYI !" He added.
"Your a destraction be gone for the tenth time!"
"B.... but you....Jack stammered.

"Dude go I have to go fine them." Beth pressuted the flew off the roof zooming down the rue faster then the moon's light. Jack rolled his eyes with a smile and then floated off to a diffrent are.

Flying down town Beth was flying away searching for her fellow friend Falicia. Flying about one hundred miles per heure suddenly she bounced off a dark solid object that was blocking the way. With a crash to the ground Beth rubbed her butt she looked at the shadow stearing her down.

"Hey now could toi please déplacer along I am trying to find somebody."
The shadow remainds put.
"Hum okay no probblem I'll just go the back way around you." She insistted swifting passing par it. The shadow at that moment had suddenly grabed her par the neak lifts her high in the air. With painic rushing through her vains. Beth quickly frezzes half of the arm that was, holding her in place. She then kicks herself free breaking off the lim. Lands on her feet flings a frost spear into the body making it dissapper. From above four plus have pounced her pinning her to the ground. Beth screams flaring her elements in all sorts of deractions. Hitting some of the shadows but they just keep reapering from no were. Beth kicks two away shoots the other copal with water whips. In a divisé, split seconde another shadow throughs Beth to the ground hearing a crunch from her hip. Knowing that she was in pain it leaps for the last attack.

"Jack! Jack! Please help me please! Beth screams whiel throughing out a sheld of ice to pertected herself. Five secondes went par and there was no sign of a attack. Beth with drawls her sheld to find, Bunny bun breathing hard holding his boomrange tightly in his fist.

"Bunny bund!"
He turns puts his weapon back in his sachel in one hop he was par her side.
toi alright mate?"
Beth rubs her hip "My hip hurts... really bad." She answered. Bunny Bund heaves her up.
"Your're coming with me." Bunny Bund a dit forcing Beth roughly onto his shoulder knowing she won't be abel to walk.
"No wait stop your're making a big mistake Bunny bund!" Beth possessed behind her words as she struggled.
He caught himself.
"What are saying girl toi got hurt just bring toi back to the North pole."
Beth pushed herself off his body.
"I can't."
Bunny Bund laughed "Is this some kind of game toi Jack are messing around?"
"No!" Beth boomed. "I need to watch over Falicia the man on the moon told me so I am not going to let him down ou the rest of you."
Bunny Bund smiled with delight."You have neaver let anyone down bucketroo we are all proud of you."
Beth punched him playfuly"thanks that means a lot and don't worry about I'll heal myself later on."
"Can handel that squrit see toi later then." The two Friends high fived each other and then Bunny Bund dissappered under ground par jumping into his hole he had created.

Beth smiled but showed a sign of pain she held to her hip then floated away.

"She's going to tell everyone." Pitch's warriors complained all at once.
"How are we going to attack if we don't know what the guardians are thinking?" A warrior said.

"We should take out Beth first she's the weakest one out of them all!" A seconde warrior suggested.

"No! Jack Frost we must take him out first he was the first one that we attacked!"
With a sudden push one of the warriors was flunged across the room.

"You speak of shit! Get your facts straight it was Sandman he was the first one that we attacked!" The biggest shadow snareled.

The rest of the shadows remembered all at the same time.
"How do we ambush the other guardians?"
"That's up to Pitch we do not plan we fallow." The biggest shadow replied.
"Well he better make up his mind soon I am getting ichy for a fight!" A fourt shadow roared.
The biggest shadow raised his hand to the chanting darkness to silence themselfs.
"We must be paient my Friends the jour will come sooner then toi think." 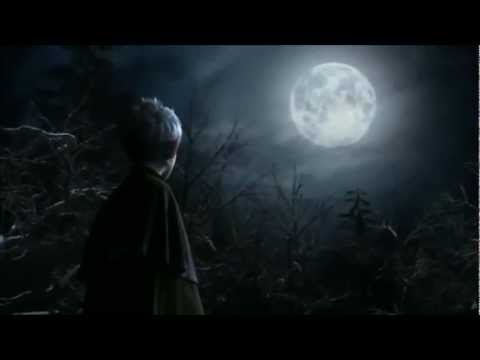 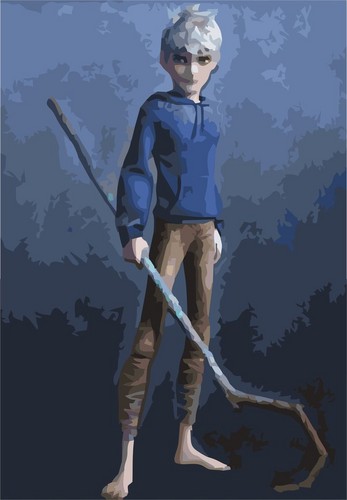 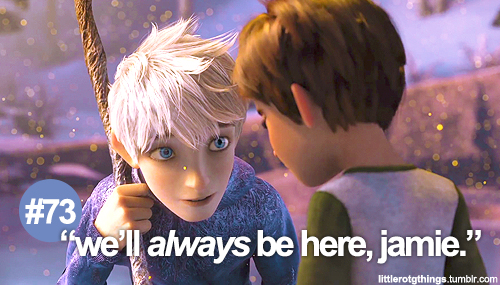 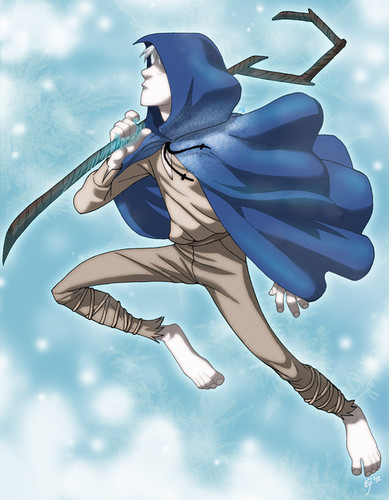 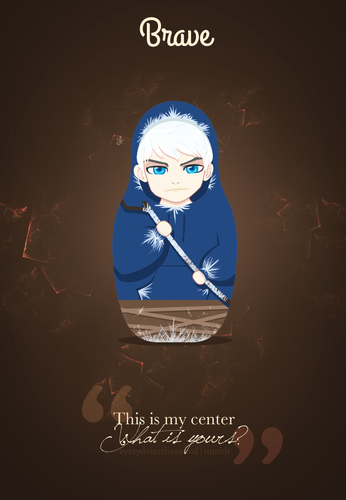 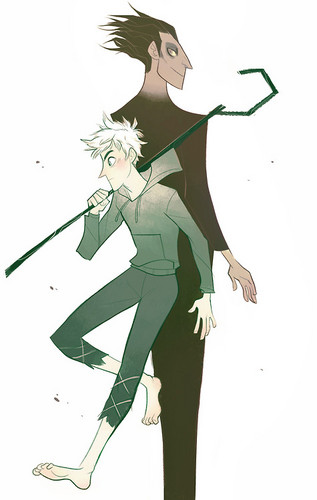 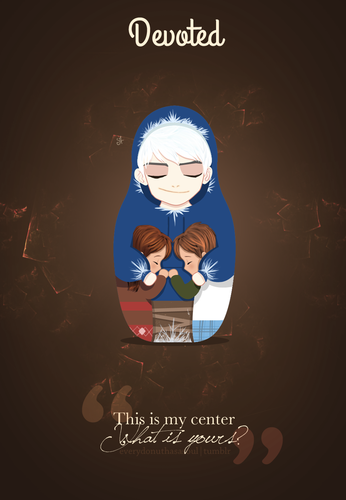 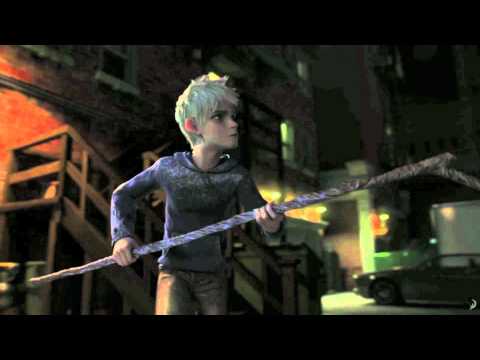 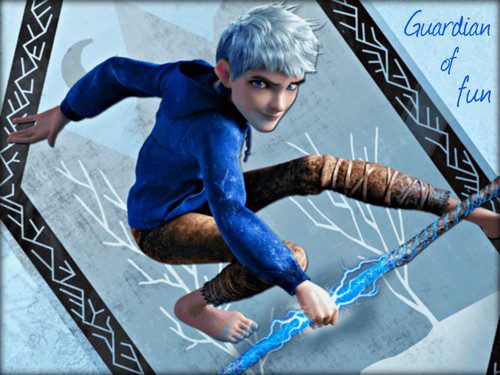 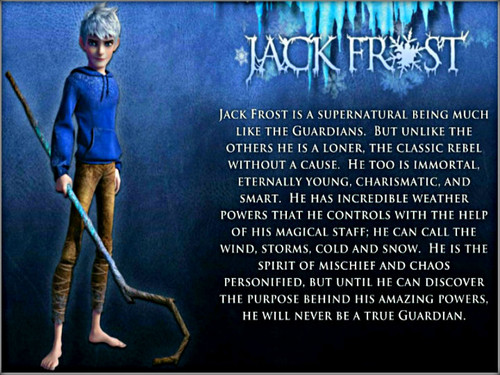 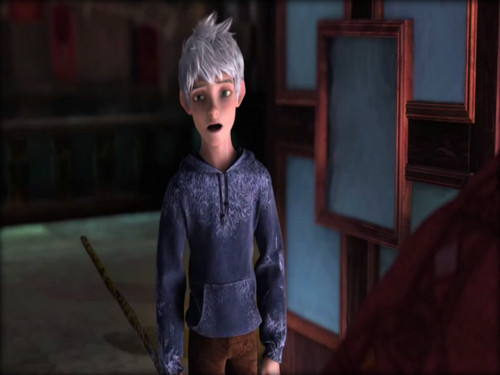 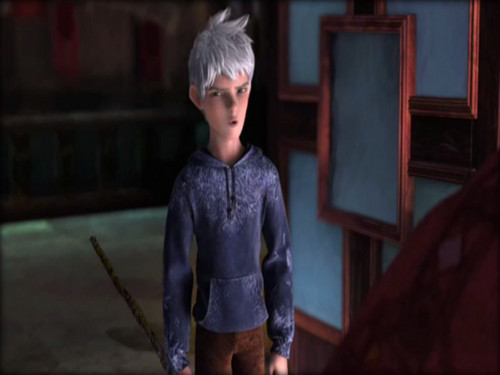 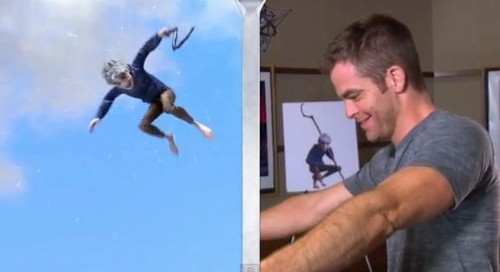 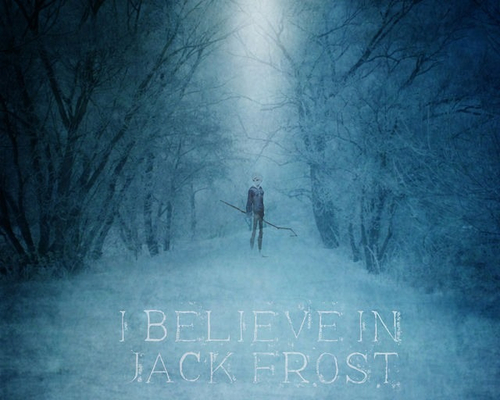 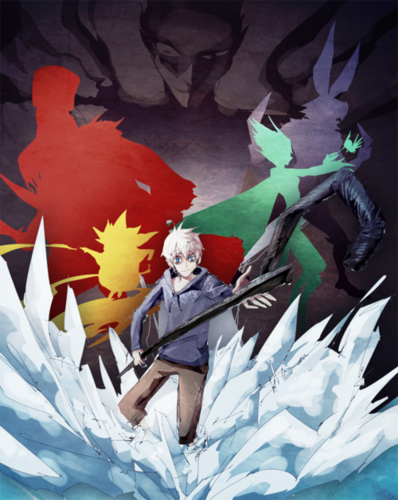 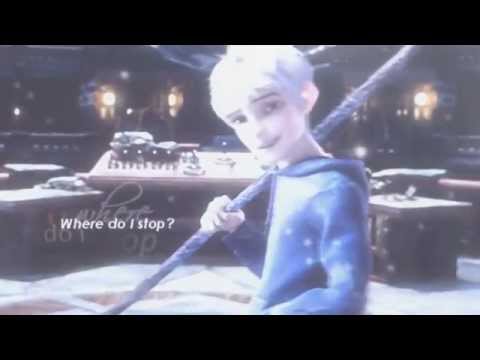 3
From a Distance // Jack ✖ Rapunzel
added by avidityy
I shall call this... JAPUNZEL. I was inspired par other Jack x Rapunzel videos. They were all so adorable! It's a crazy crossover pairing, isn't it? I think that's why I l’amour it so much. I l’amour crazy.
video
jack frost
rapunzel
rise of the guardians 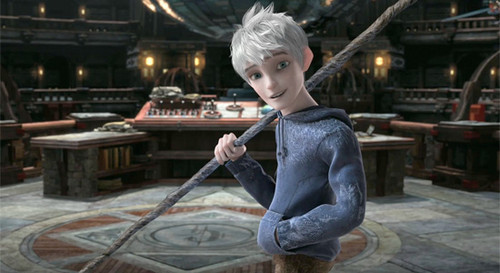