14
Damon and Elena Get Together Pt. 4
posted by c_j_clark
Stefan looked at the floor guiltily.
“Go on Stefan, explain yourself,” Damon pressed. Stefan looked up at him angrily.
“You already know everything.” He looked back at me. “Elena, I’m so sorry I left you. I asked Damon to tell toi everything and maybe if he had…” he glared up at Damon with a rage that petrified me. “Maybe if he had told toi then I wouldn’t be here explaining myself, I wouldn’t have walked in on toi two upstairs, and possibly we’d still be together…” I knew he was right. If Damon had told me that Stefan had a dit he loved me and he was sorry about whatever he had done – which, I still wasn’t sure I wanted to hear – then maybe Stefan and I would have kissed the moment we saw each other again, and we would be united at last. But now, after everything that had happened with Damon, all my l’amour was for him. Stefan moved himself vers l'avant, vers l’avant on the sofa and placed his arms on his knees and clasped his hands together. I knew that what I was about to hear wasn’t going to be good ou easy.
“Elena, are toi sure toi want to hear my story?” I nodded.
“Well…” And his story began.
*
I lay on my lit staring at the blank ceiling. Boredom was something I had grown used to over the last one hundred and forty five years. I urged to see Elena but she was off shopping with Bonnie and Caroline. I had no idea where Damon was though. He just came and went from the house whenever it took his fancy. Although over the past few months of having my brother back in my life I had grown closer to him than I had since we’d been vampires. To be honest, I had been enjoying our friendship. Suddenly, I sensed someone in the house. I sat up silently and immediately. It was probably Damon, ou possibly Elena, but something wasn’t right. I silently moved swiftly to the haut, retour au début of the staircase and looked down along the hallway and at the hallway below. No sign of anyone. I shot down the stairs and stood in the centre of the hall. Glancing around I took in everything but nothing looked out of place. As I took a step to check the cuisine someone grabbed me from behind and growled. We fell to the floor and my attacker was on haut, retour au début of me. I was about to strike back until I took in the appearance of the vampire that had brought me down. Laughing I sat up and Lexi – my oldest vampire friend – smiled at me.
“Hey Stefan, how toi been?” she a dit with a smirk.
“Lexi, I’ve missed you,” and I threw my arms around her.
“I’ve missed toi too honey!” and she squeezed me as tight as she could , nearly pushing all the breath out of me. I patted her back and she was on her feet in a blink. She held out her pale hand and pulled me up.
*
“How come I’ve never met Lexi before? I mean if she’s your best friend then surely toi should meet up plus often?” I quizzed. I knew I should have let him carry on but I was curious.
“Lexi is a traveller – she moves around a lot. She visits when she can, which isn’t very often. We used to travel together, but something’s came up and we chose to go our separate ways.” I nodded and he carried on.
*
“So. Dish. What’s going on in the life of Stefan Salvatore?” She smiled up at me as I passed her a mug of coffee.
“Nothing that could compare to what’s going on in the life of Lexi Winston,” I said.
“Well we all know that no ones life is as interesting as mine but still, let’s hear it. How are you?” I wrapped my hands around my coffee mug.
“Life’s good. toi know…I’ve met a girl.” She squealed and grabbed my hand. I smiled bashfully.
“Finally! Oh thank heavens! I was beginning to think you’d decided to stay single for EVER!” She was getting excited now. “Well, what’s her name? What’s she like?” She was literally jumping around on her chair.
“Her name is Elena. And she is…perfect. She’s warm and gentle and she makes me feel…well…when I’m with her I forget what I really am.”
TheExcorcist, McAdamsFan and 12 others like this
brooki Ahhh, cliffhangers .... Wonderful for writers, terrible for readers! Great job, awaiting the next one!
vampirefreak_26 can't wait to read the next one.
HaleyDewit love it 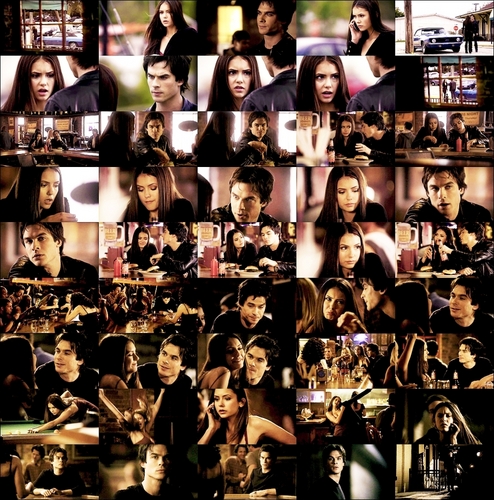 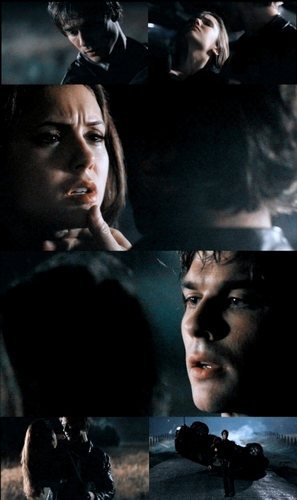 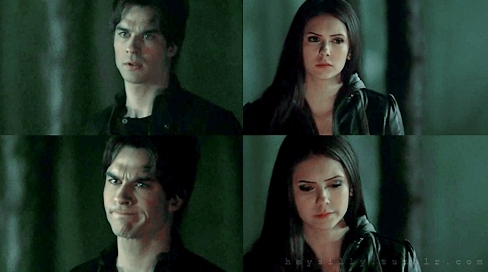 2
Damon&Elena {maybe two is better than one}
added by iLoveChair
video
Vampire Diaries
damon
elena
fanvid
delena
133
Why Damon and Elena belong together (D/E vs S/E)
posted by MissDK
salut everyone...

When I was spending my summer holidays anno 2009 in Buffalo, NY, USA, I was thrilled to hear about a new Vampire TV show. And what made me even plus excited was the fact that the montrer will be based on books, called ”The Vampire Diaries”. I have never heard of this...
continue reading... 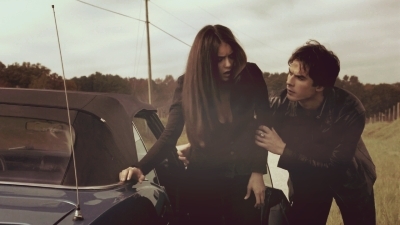 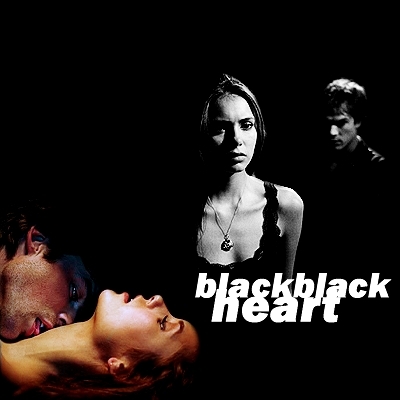 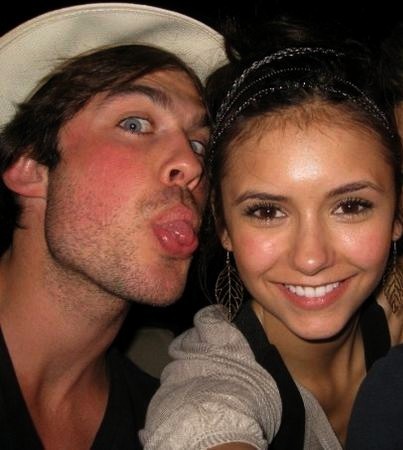 11
ian and nina
added by skatethebest 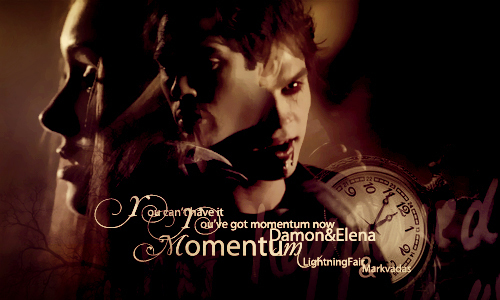 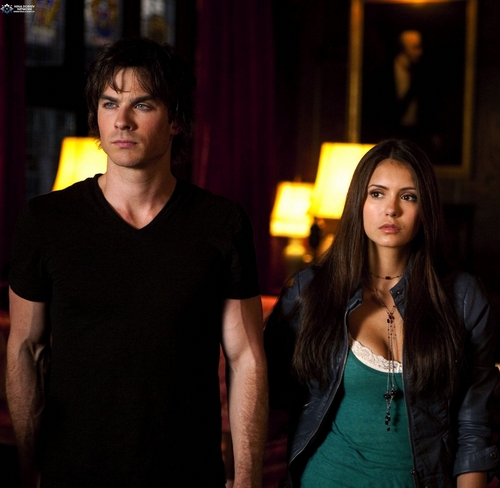 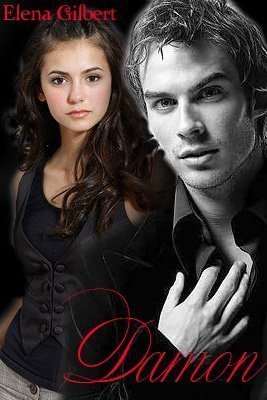 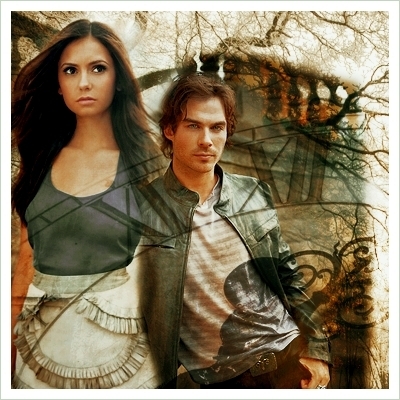 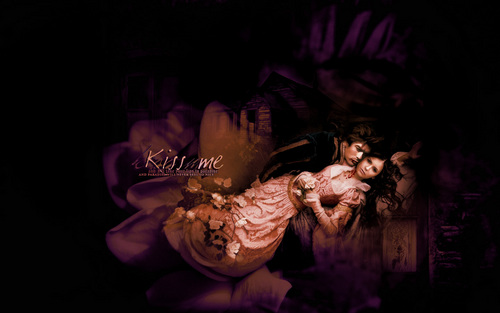 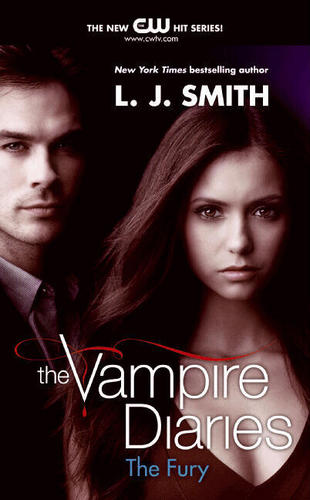 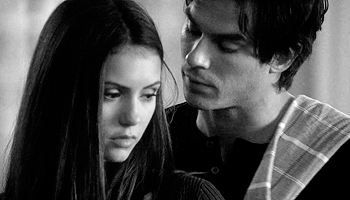